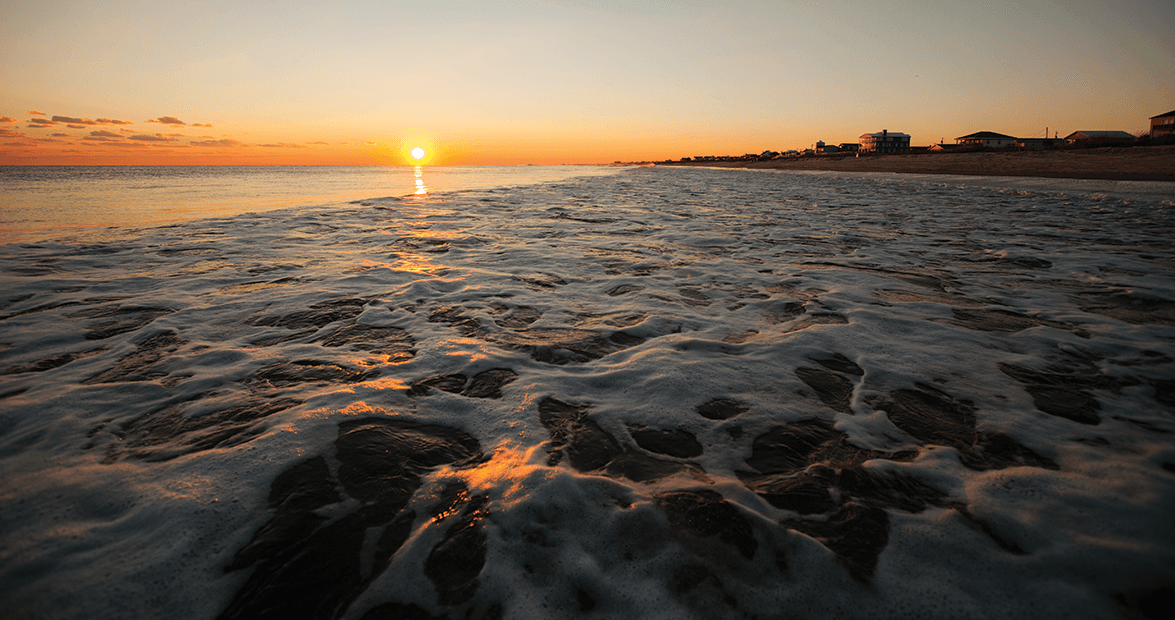 Only a sucker would bet on the sunset. After all, along with death and taxes, the sun setting in the west completes the “as-sure-as …” triumvirate.

Of course, when there’s a buck to be made off some poor, unsuspecting rube willing to bet on pert’ near anything, all wager rules are off the table — or off the bar, whatever the case may be. (Full disclosure: I am that guy. The one who takes those betcha-can/betcha-can’t bets that wiser folks — aka just about everyone else — deride as “can’t win” at best and “what the heck were you thinking” at worst. I cut my teeth on the corner of Guinness World Records, itself a book created to settle pub wagers. And, I supplemented my allowance in grade school with winnings earned by consuming everything from a meatloaf-milk concoction to an entire bottle of mustard. It’s true: I’m a bettor, and more than once, I’ve been a sucker.)

Aside from there-will-be-an-astronaut-on-Mars-in-my-lifetime-type wagers, most bets are won or lost before last call. A few carry over from one sports season to the next. But few linger.
For me, however, there was one wager — of the nuh-uh, yuh-huh variety — that just sort of festered over the years. It started with a passing comment a friend made late in the last century about sitting on Atlantic Beach and watching the sun set over the ocean.

“You mean watching the sun rise,” I corrected.

And so began a decades-long disagreement that has tested my geographic, astronomic, and even ophthalmologic knowledge: Atlantic Beach is on the East Coast. The sun rises in the east. Your eyes are playing tricks on you.

Invariably, I would be met with the same retort: “Go see for yourself, then.”

Science settles most bets — at least the ones that don’t involve sports or feats of strength or acts of stupidity. The challenge is finding an expert in whatever is being disputed. But, with at least a dozen planetariums across North Carolina — including the Morehead Planetarium and Science Center in Chapel Hill, which is one of the oldest, most sophisticated, and (unofficially) coolest planetariums in the South — finding a sunsetologist should be easy, right?

Karen Kornegay, Morehead’s marketing manager, broke the news to me: “It’s not something anyone here would ‘specialize’ in,” she says. “But, I’m sure one of our folks can give you some background about how Earth’s tilt impacts our view of the sun and its path across the sky.” Or, in layman’s terms: sunsetology.

This bet is as good as won, I think to myself.

Then I meet Mickey Jo Sorrell, a Morehead instructor who will turn out to be my sunset sensei.

“You think the sun sets in the west?” she asks, pretty much crumbling the one tiny morsel of knowledge I have about astronomy.

She proceeds to give me a crash course in Earth tilt impacts and the path of the sun, as well as a — much-needed, apparently — primer in geography and mathematics, which, had I been armed with such information in high school, I might have actually had the confidence to take the SAT.

Well, while the sun sets exactly due west only twice a year — the first evening of spring and the first evening of fall (aka the vernal and autumnal equinoxes) — on most evenings during the rest of the year, the sun does rise pretty much in the east and it does set pretty much in the west, just as I was taught since I was old enough to squint. And since the 21-mile-long Bogue Banks runs east-west, most of the time folks on Atlantic Beach — which sits at the island’s eastern tip — watch the sun set over Emerald Isle — which sits at the island’s western tip.

Before I could proclaim “Victory is mine” in a pitch-black planetarium, Sorrell brought me back down to earth with her tilt-and-path spiel: Because of Earth’s tilt and its yearlong trip around the sun, there are two times a year when the sun sets as far away from due west as it can get, during the summer and winter solstices. The former — the first day of summer — doesn’t affect my bet since the sun actually dips even farther to the north, which is even more over land. But, during the latter — the first day of winter — that big ball of flaming gas in the sky sinks below the horizon 28 degrees south of west, which means that if you’re planted in the sand at Atlantic Beach the sunset is very much over the ocean.

This phenomenon isn’t exclusive to Atlantic Beach. Oak Island, Cape Lookout, Cape Fear, and a few other North Carolina beaches facing due south also enjoy over-the-ocean sunsets when winter arrives; Bogue Banks just happens to be one of the largest East Coast islands where it happens (not counting the Outer Banks’ beaches to its north, where the sun sets over the sound, not the ocean, year-round).

To add salt water to the wound, Sorrell runs a sunrise-to-sunset simulation on the enormous planetarium dome for 2013’s winter solstice — December 21. Facing south, the sun rises off to the left, but well south of due east; tracks low across the curved ceiling; and drops below the horizon of the dome at about 2 o’clock on a watch’s dial.

I’ve fallen for computer-generated trickerations before, and I stand by my gotta-see-it-to-believe-it skepticism.

He may not be a sunsetologist, but I’d put the firsthand knowledge of A.B. “Trace” Cooper III up against almost anyone’s expertise. He watched sunsets growing up around his family’s oceanfront Atlantic Beach resort, the Oceanana. He saw them almost every night when he lived in San Francisco after college. He has even debated a sunset’s relative beauty with Aussies while on vacation in Thailand — despite the opinion of the blokes from Down Under that the vision before them was the most magnificent in the world, Trace rated it just “all right,” at least when compared to the sunsets he has seen from Atlantic Beach.

To be fair, kicking around the Oceanana as a kid provided Trace with a better view of the sunset and the sunrise — heck, the entire beach, for that matter — than most people get to have. His grandfather A.B. Cooper Sr. opened Oceanana in 1959 and ran the resort until his death in 2001. Then Trace’s dad, A.B. Cooper Jr., came out of retirement to run the place until Trace took over operations of the resort — including its Pier House restaurant and tackle shop — in 2012.

The latest chapter of the family-owned resort opened on the heels of one of the costliest storms to ever hit the United States — Hurricane Irene, a Category 1 storm that had slammed the area the summer before. Trace took shelter at the firehouse during the storm, then ventured out as its eye was moving over. Heading to the Oceanana to check on damage, the town’s police chief flagged him down. Trace recalls the conversation well: “He said, ‘I saw your pier. It’s at the circle,’ ” — more than a half mile west of the resort. The force of the waves tore a more-than-100-foot section of pier from its pilings, and in the process almost destroyed the last pier in Atlantic Beach. (In 2006, residential development claimed both the Triple S Pier to the east and Sportsman’s Pier to the west.)

“If fishing piers were a great business, they’d still be here,” Trace says. “We don’t charge to walk on it. We can’t insure it. We’re not even sure if it’s going to be here for one year or 10.”

Despite the risk, they spent close to three months and almost $200,000 on rebuilding the pier.

“Sometimes investments are about more than the financial return,” Trace says. Instead, he was influenced by the place the pier held in the memories of generations of guests, his own recollections of walking along the pier as a boy, and that wide-open, elevated view of the setting sun.

Inspired by the sunset-watching parties on Mallory Square in Key West, Florida, Trace built a gazebo and is adding a bar at the end of the pier in the spring to lure more than just fishermen. Paying for a pier one beer, one fishing pass, and one sunset at a time may seem like a daunting prospect, but Trace says that if they can keep the pier standing for another 10 years, it’ll be a good investment. He knows, though, that unlike the sunset, it’s not a sure thing.

Atlantic Beach sunsets are events — even during cold months, and perhaps especially during cold months. Thanks to the island’s location and orientation, a variety of cloud formations — banks of fluffy cumulus, wisps of cirrus, blankets of stratus — linger in the sky at dusk, pushed toward the shore by fickle Atlantic winter-storm systems. As the afternoon slips away, the sun turns the sky into its own canvas, painting clouds with broad strokes of gold, pink, and purple.

The spectacle, however, is lost on the winter anglers who pilgrimage to the ocean in winter after schools of Spanish mackerel and spawning spot. Those folks don’t chase the setting sun, they follow the shifting tides.

Likewise, the hearty, dry-suit-clad surfers who bob in the froth in all kinds of weather may pause to take in the dying light as awesomeness that unfolds at the end of the day, but they’re there for gnarly waves, not gnarly rays.

Of course, the sunset draws its own fans — locals, snowbirds, folks using up the last of their vacation days before year’s end — who head to the shore before dinner to soak in some warmth and watch the show.

A runner chases retreating waves; shoes and shadow meet in stride. A barefoot fisherman hasn’t had a nibble, but he just got here an hour ago. Two teens cuddle up near the dunes, the best cheap date around. A son flings a Frisbee just out of reach of his lunging dad. Another son teases his tween sister, who’s whacking a golf club into the sand — all fury, no form.

A retired couple from Jersey ambles west with the sun on their faces — she totes his size 10’s in one hand and has a windbreaker draped over her other arm. He trails behind a slack leash attached to Sophie, their English bulldog who, the man explains, stops to say hello to every fisherman and pretty girl they encounter. The woman rolls her eyes.

They all have come to see the sunset with their own eyes. It may seem the same as the one the night before, and the night before that, but tonight’s sunset is unique, personal, theirs. Call it a phenomenon or an optical illusion, but no matter where they walk, a brilliant shaft of light leads from where the sun touches the horizon right to them. No matter how fast they run, or how still they sit, it is their sunbeam.

As the sun drops lower, the sky erupts in color. Everyone pauses, even Sophie. Faces turn toward the setting sun. Then, without fanfare, without a drumroll, without a crashing crescendo, the sun disappears below the horizon. Yes, over the ocean. Soon, everyone braces themselves for the cold hike back across the beach, back to where they came from. The curtain has dropped on tonight’s show. But as sure as the sun sets in the west, there’ll be another performance tomorrow.