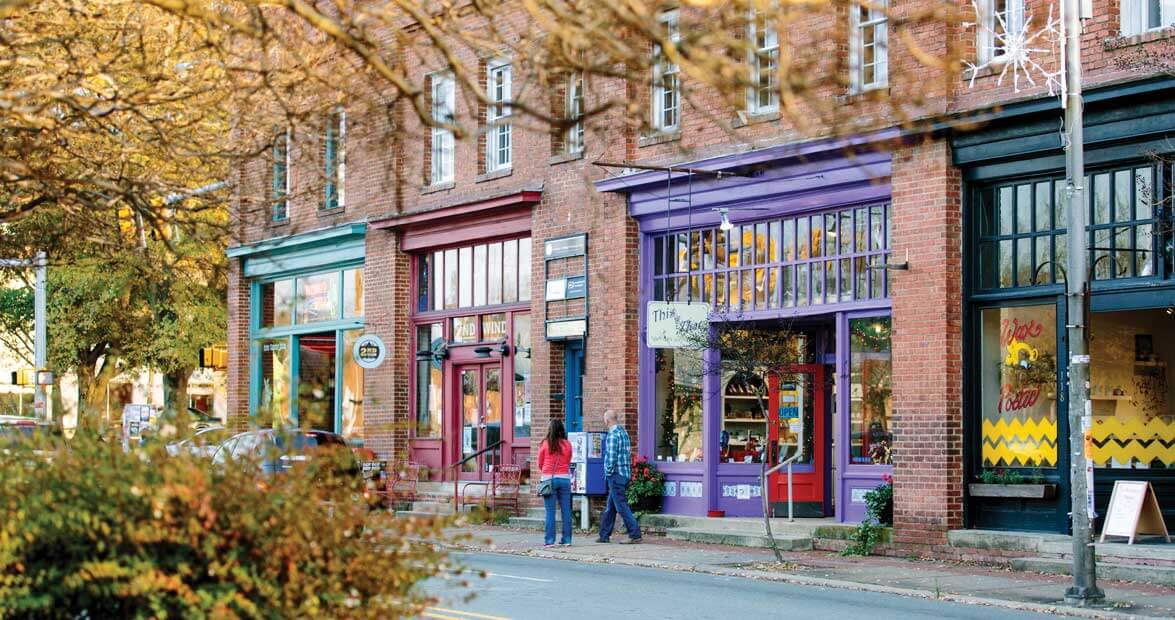 It happens in the blink of an eye: You’re driving down Franklin Street, when suddenly the road curves around a bend, Crook’s Corner in the rearview, and spits you out in a different place entirely. Carrboro unfurls itself quickly, colorfully — a slice of small town just when you need it.

In 1882, Chapel Hill officials decided to build a new train station. They picked a spot directly to the west, just one mile from the University of North Carolina, far enough away that the noise wouldn’t disturb those on campus. The area known as West End soon carved out its own identity as a mill town, and academia spilled over the railroad tracks, bringing new growth.

Carrboro is certainly an old Southern town — but it’s one that’s just as hip as it is homey. 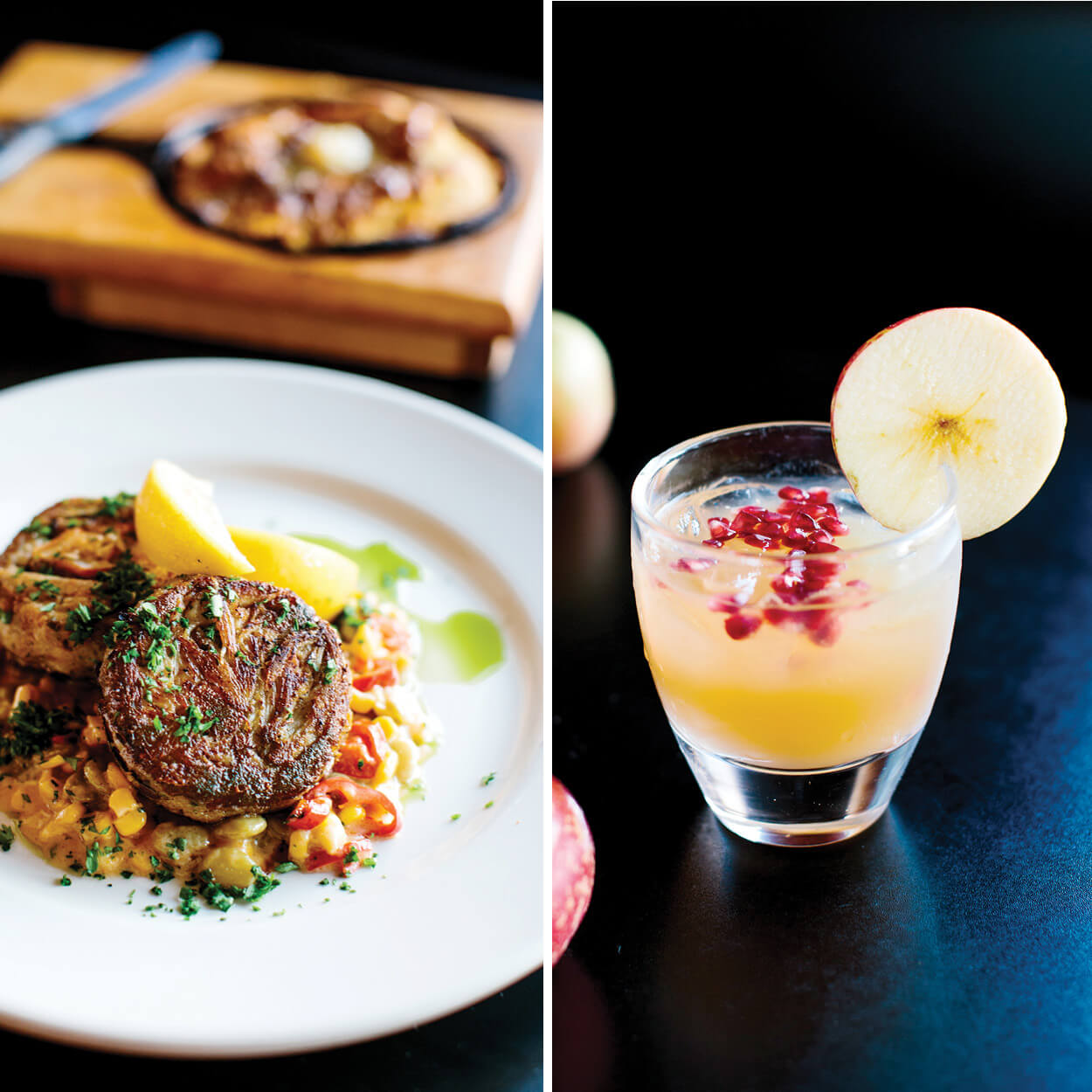 At Acme Food & Beverage Company, you can try the Carolina crab cakes and The Parkway cocktail — made with Bulleit bourbon, mountain apples, and local ginger. photographs by Anagram Photo 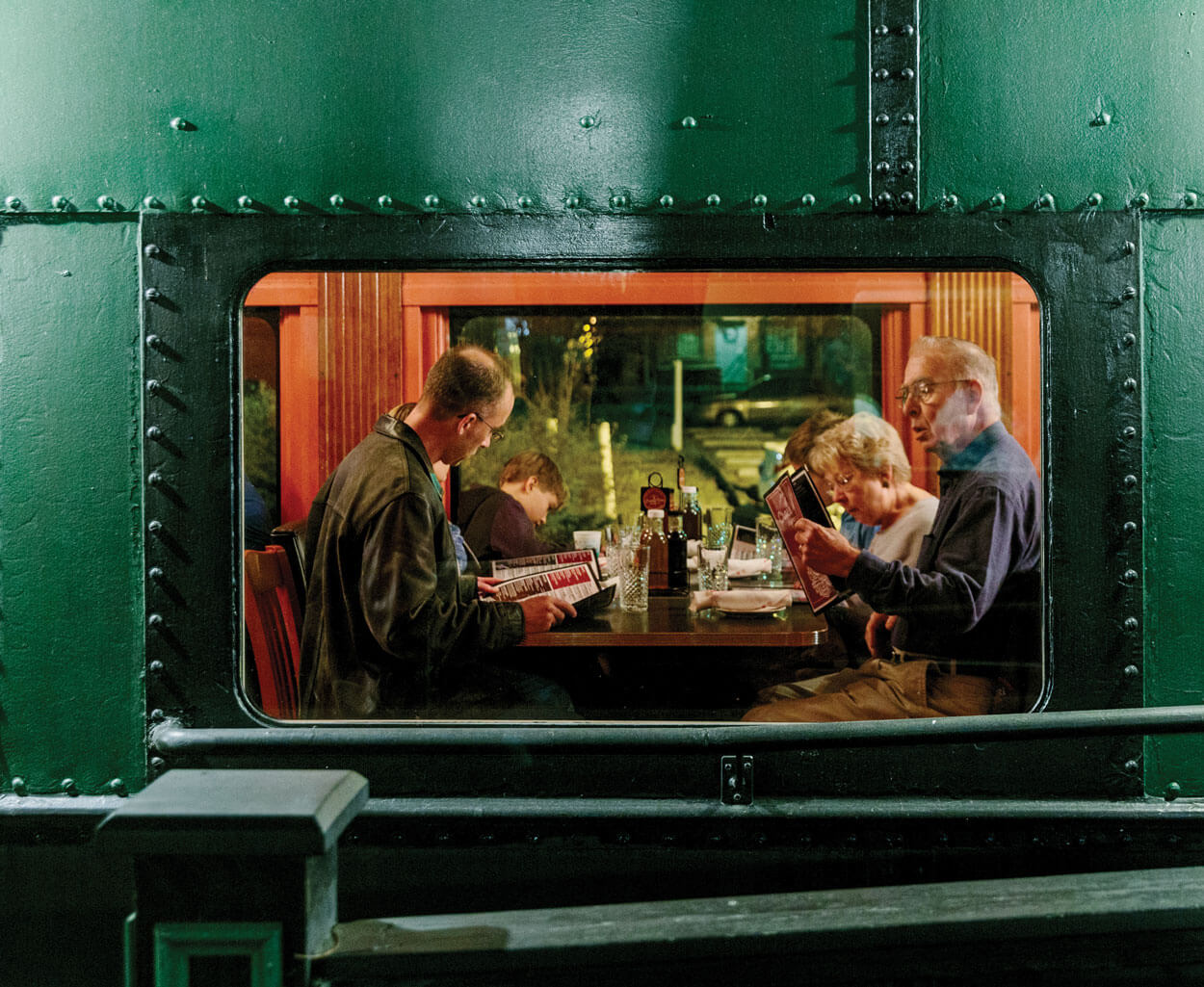 At CrossTies BBQ, diners eat pulled pork and fried green tomatoes in vintage train cars, a nod to the property’s history. In the 1900s, it was home to a railway station. photograph by Anagram Photo 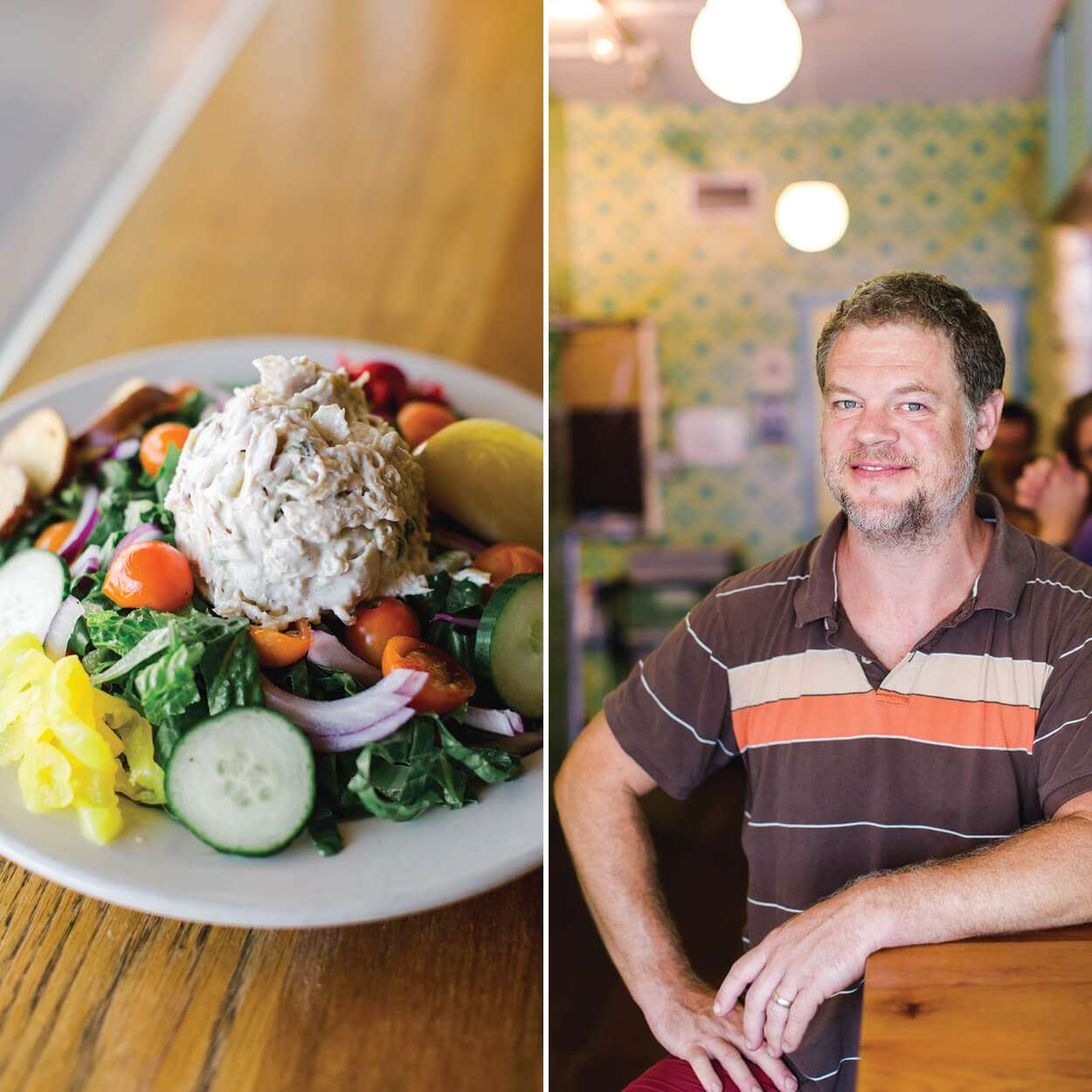 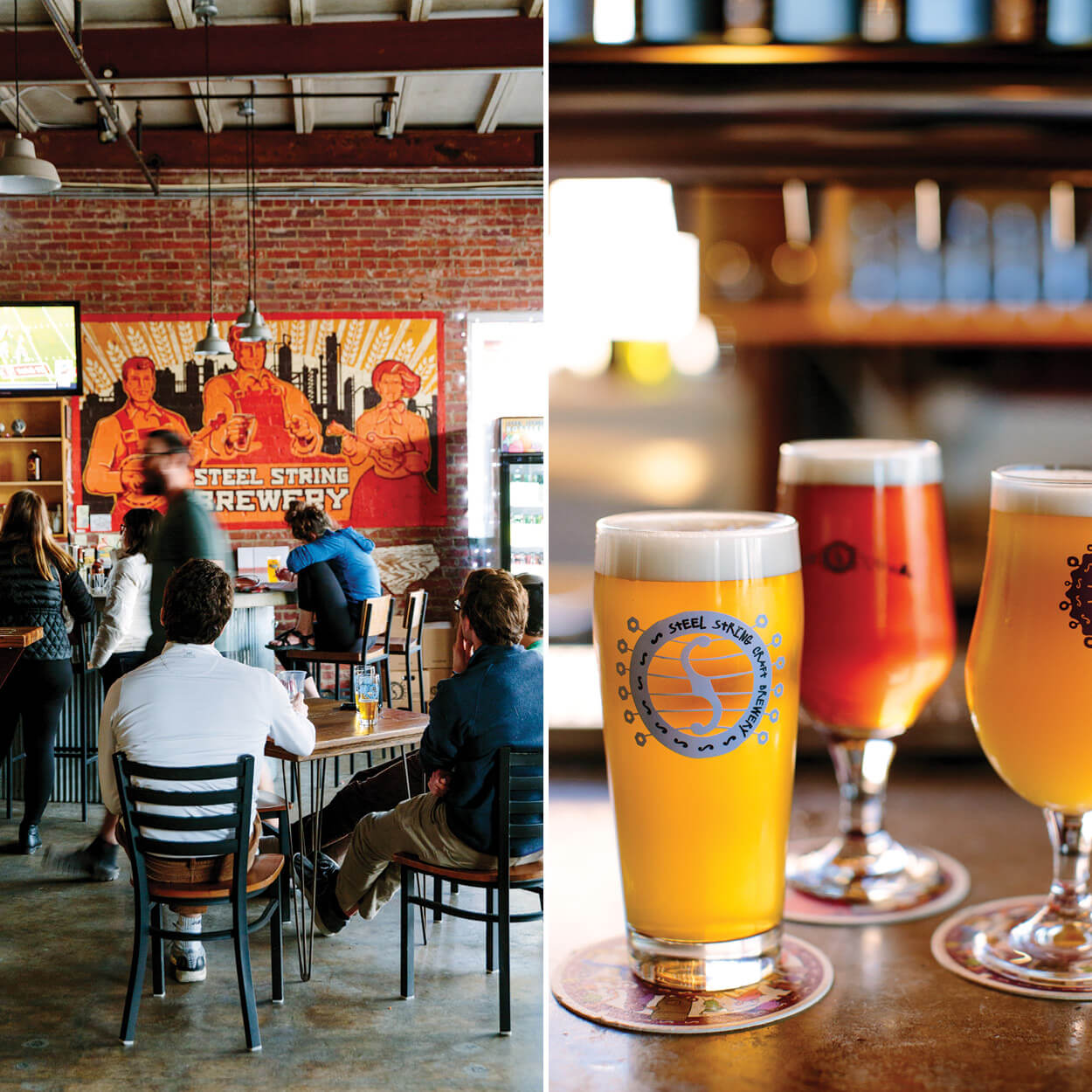 Across the street at Steel String Brewery, you’ll find creative and seasonal beers inspired by the agriculture of the Piedmont. photographs by Anagram Photo 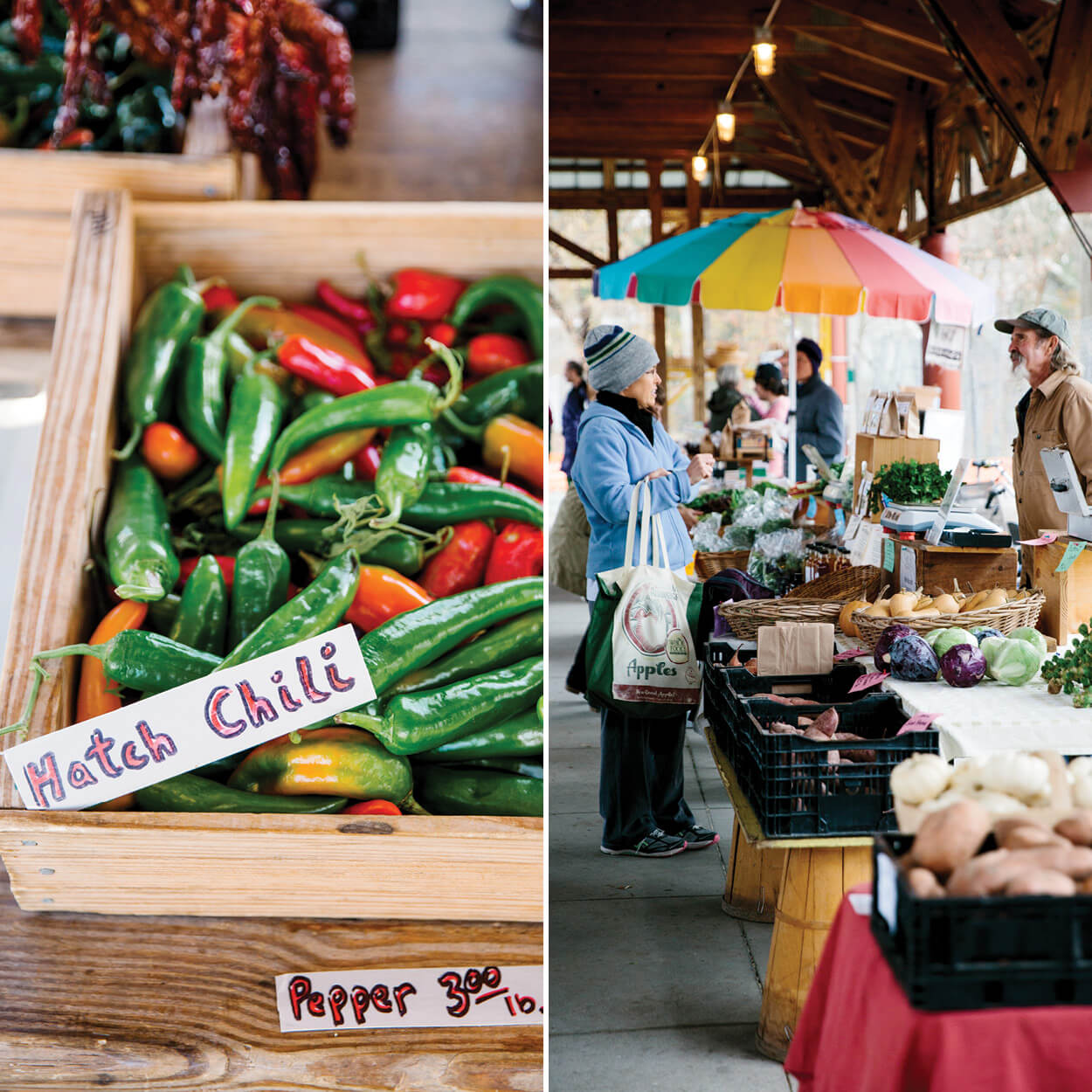 Bring your coat to pick a pepper at the Carrboro Farmers Market. Now in its 40th season, the market is held every Saturday at the Town Commons. photographs by Anagram Photo 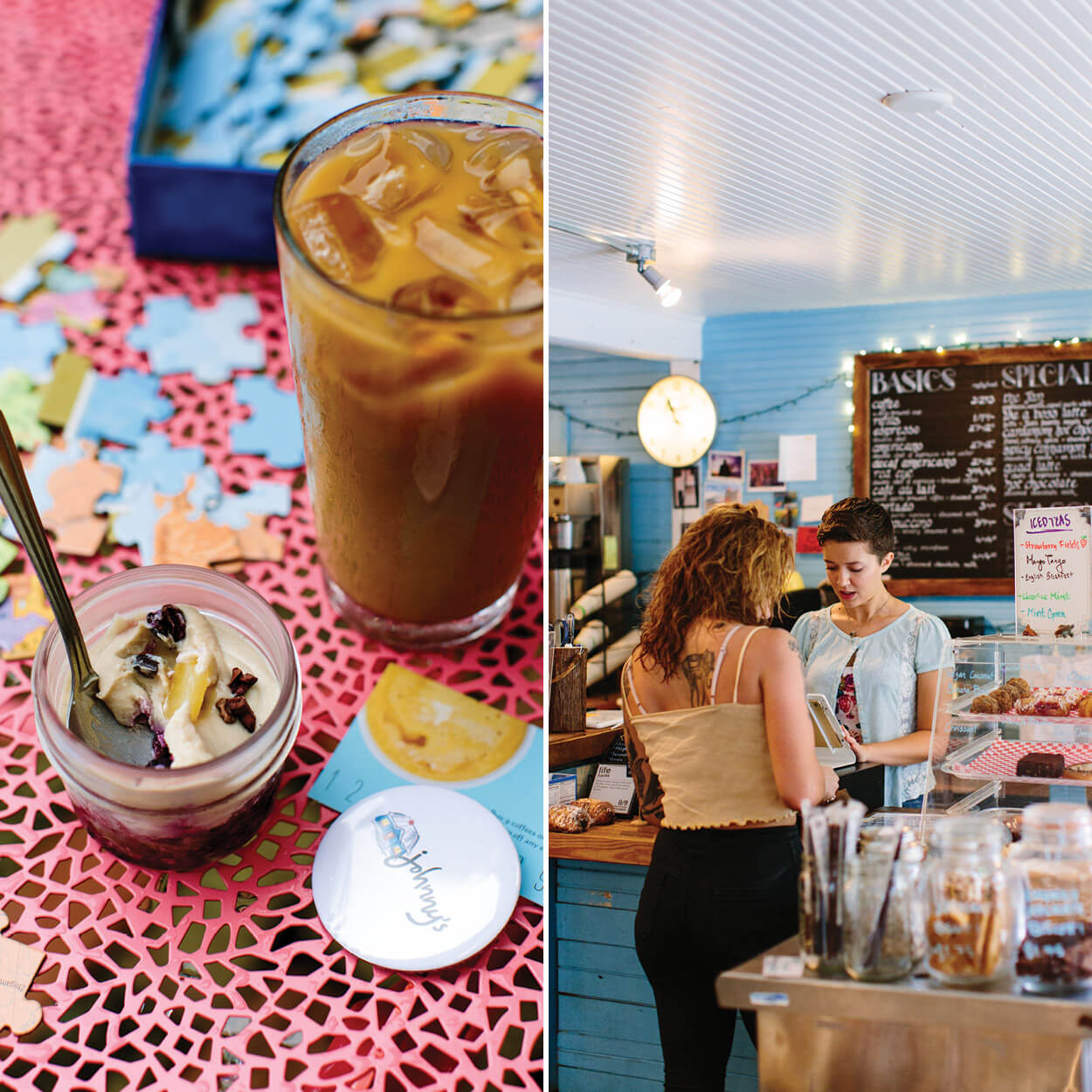 At Johnny’s Gone Fishing, a coffee shop and music venue, an iced coffee pairs perfectly with dessert — and a puzzle. photographs by Anagram Photo