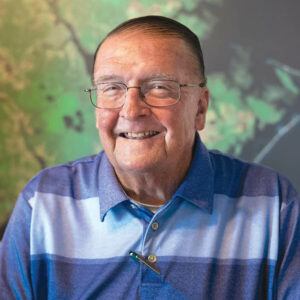 Rodney Kemp is a local historian and storyteller. photograph by Charles Harris

Wherever Rodney Kemp goes, people tell him stories — about their families and ancestors, about their own lives growing up in Morehead City, about the town and its history. “If I go to Walmart, they’ll stop me in the aisles and say, ‘I need to tell you this story,’” Kemp says. “They’re all storytellers, but they won’t perform them. They just want to share them because they know I’ll tell them.”

Kemp has been giving lectures through the History Museum of Carteret County since 2001, but he’s been a historian and storyteller — and self-proclaimed “fish house liar” — for most of his life. He got hooked on local history when he was 10 years old, during the parades and performances of Morehead City’s 1957 centennial celebration. His collection of newspaper clippings, documents, photographs, and stories has grown alongside the town — a once-quiet fishing village now filled with downtown activity. Carteret County history is Kemp’s favorite subject to lecture on, and his quarterly talks often draw 80 to 100 people. “It’s quite an honor for me,” he says. 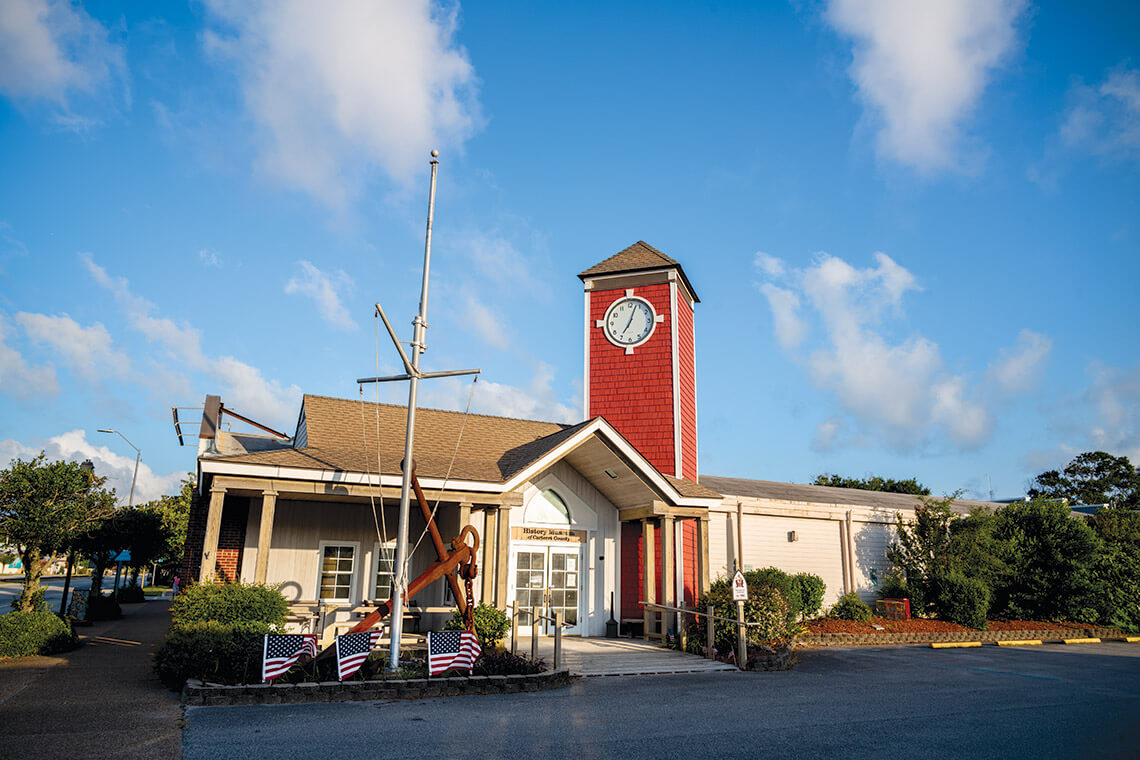 The History Museum of Carteret County tells the story of the area. photograph by Charles Harris

History Museum of Carteret County, Jun 10. Listen to Kemp’s talk on the local brogue at the museum. Then, browse the artwork, furniture, period clothing, more than 10,000 books, and other artifacts that tell the stories of the area. (252) 247-7533, carterethistory.org 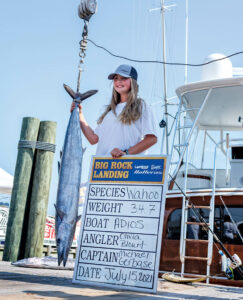 Crystal Coast Axe Throwing & Rage Room. Gather a group of friends or family members and try your hand at a one-of-a-kind sport — axe throwing! This business also has rooms set up where you’re encouraged to break dinner plates, microwaves, windshields, televisions, or your own staff-approved breakables from home. “Bob” the body opponent bag, the designated “Rage Counselor,” can take any punches you throw at him.

Olympus Dive Center. This center will help you become diver certified. Then, with the help of experienced guides, you can dive through the shipwrecked ruins of multiple sites off the coast, aka the “Graveyard of the Atlantic.” Keep an eye out for all types of marine life, including octopuses, eels, Loggerhead turtles, and plenty of fish.

Ramblin Man Sportfishing. Climb aboard the Ramblin Man, a 55-foot-long Custom Carolina sport-fishing boat for a day out on the water. With a large cockpit, ice box for drinks, and three “fighting” chairs, this boat will have you sailing in style. Captain Nick and his first mate will guide you through your fishing experience, providing you and your party with complimentary rods and reels, bait, tackle, bottled water, and light snacks. 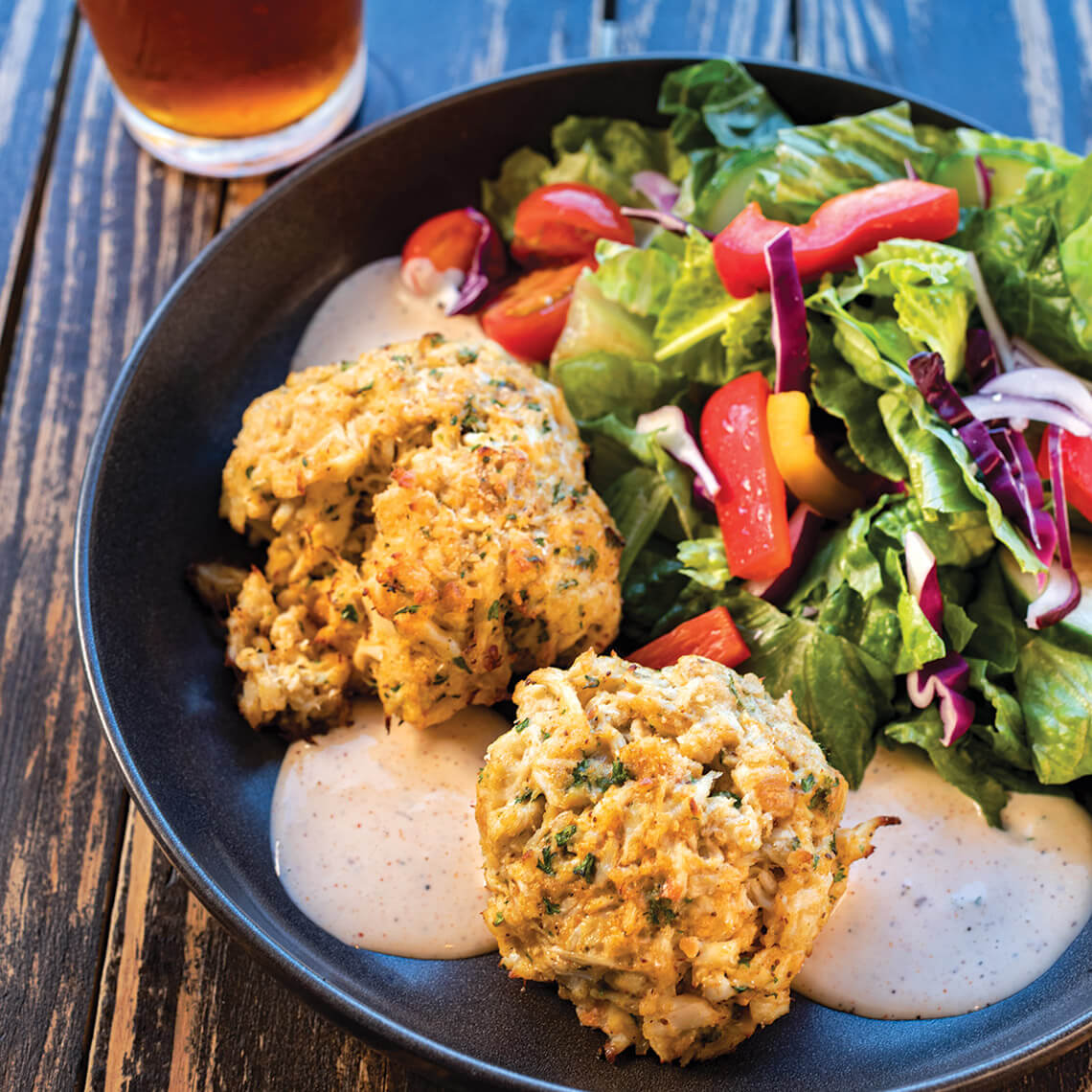 Red Fish Grill & Bar. “Those beautiful signs that are on the Red Fish?” Kemp says of the carved-wood fish logos at one of his favorite downtown restaurants. “My brother, Charles, makes those. He’s the one that got all our daddy’s talent for artwork.” Inside, customers can dine on seafood entrées like baked shrimp penne, stuffed flounder, and Carolina crab cakes, plus fried fish and plenty of land-based options.

Casa San Carlo. Chef Carlo Cappiello has been creating dishes that draw on his Italian heritage for 30 years. In 2017, at the suggestion of a friend, he moved his restaurant from Raleigh to Morehead City, where he can often be seen in the dining room, interacting with guests as they enjoy traditional recipes that have been in his family for generations.

Sanitary Fish Market and Restaurant. The Sanitary — named for, yes, its clean conditions — has been in business since 1938, and Kemp remembers eating there often as a kid. “When you went to the Methodist church or the Baptist church, you ate Sunday dinner at the Sanitary,” he says. “If the [Methodist] preacher went overtime, it was bad news because the Baptists would beat us down there. Everybody put clocks near the pulpit and said, ‘Don’t go over!’” 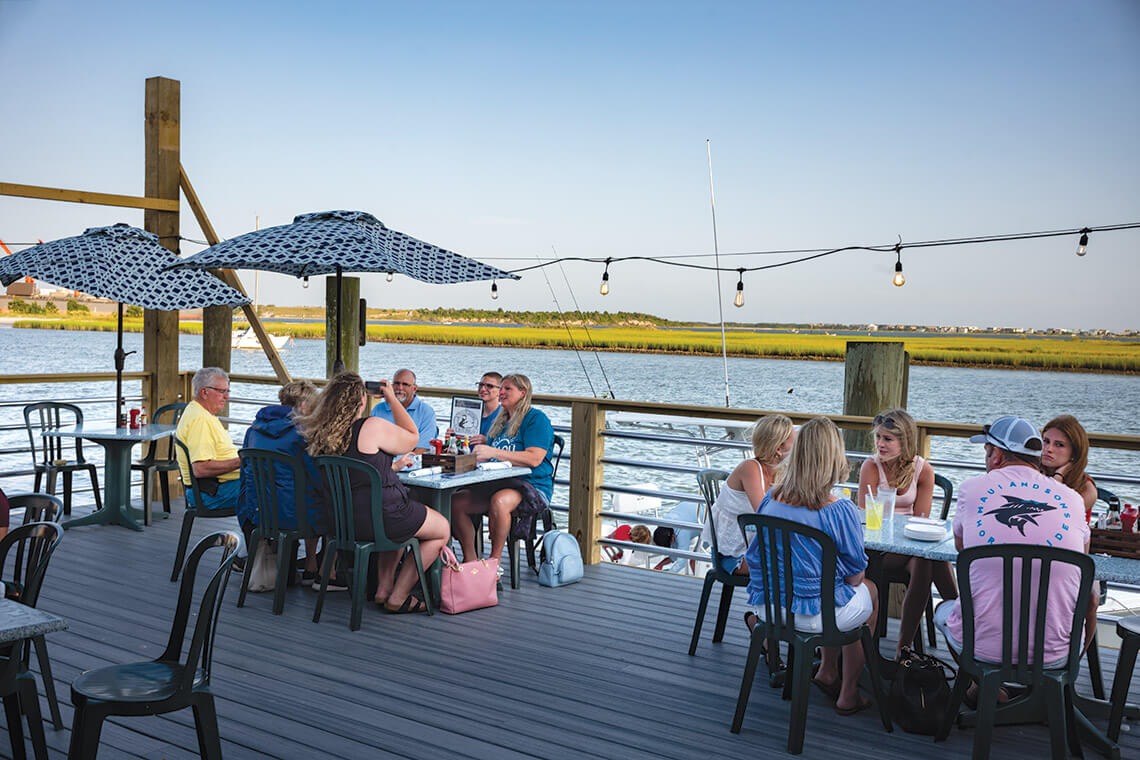 Dine on the dock at Ruddy Duck Tavern. photograph by Charles Harris

Sugarloaf Island Bakery. An island in Bogue Sound was named Sugarloaf because “before all that vegetation was there, it looked like sugar,” Kemp says. It’s a fitting name for this downtown bakery, whose pastries, pies, cakes, and cheesecakes (plus savory options like fresh bread and bagels) will satisfy any sugar lover’s sweet tooth.
Shop:

Beach Bumz Pub & Pizzaria. This maritime-themed pizzeria operates by their motto: “always fresh, fun, and friendly.” The shop offers a variety of made-from-scratch options, and the menu boasts sandwiches, subs, paninis, pasta, burgers, and, of course, pizza. If you also love seafood, order the Clam Lovers — a pizza piled with clams, Canadian bacon, garlic, and mozzarella.

Floyd’s 1921 Restaurant, Bar, & Catering. A cozy house converted into a four-star restaurant, Floyd’s is a great spot for any occasion, be it a first date, a night out with friends, or a catered event. Chef and owner Floyd Olmstead, a Carteret County native, has cultivated a menu inspired by Southern cuisine and Crystal Coast classics, like the shrimpburger.

Grumpy’s. Don’t be put off by the name; Grumpy’s will help you wake up on the right side of the bed with its breakfast menu classics. Think biscuits and gravy, homemade hash, and omelets — including the Spanish omelet stuffed with ham, jalapeños, onions, Cheddar cheese, and salsa. 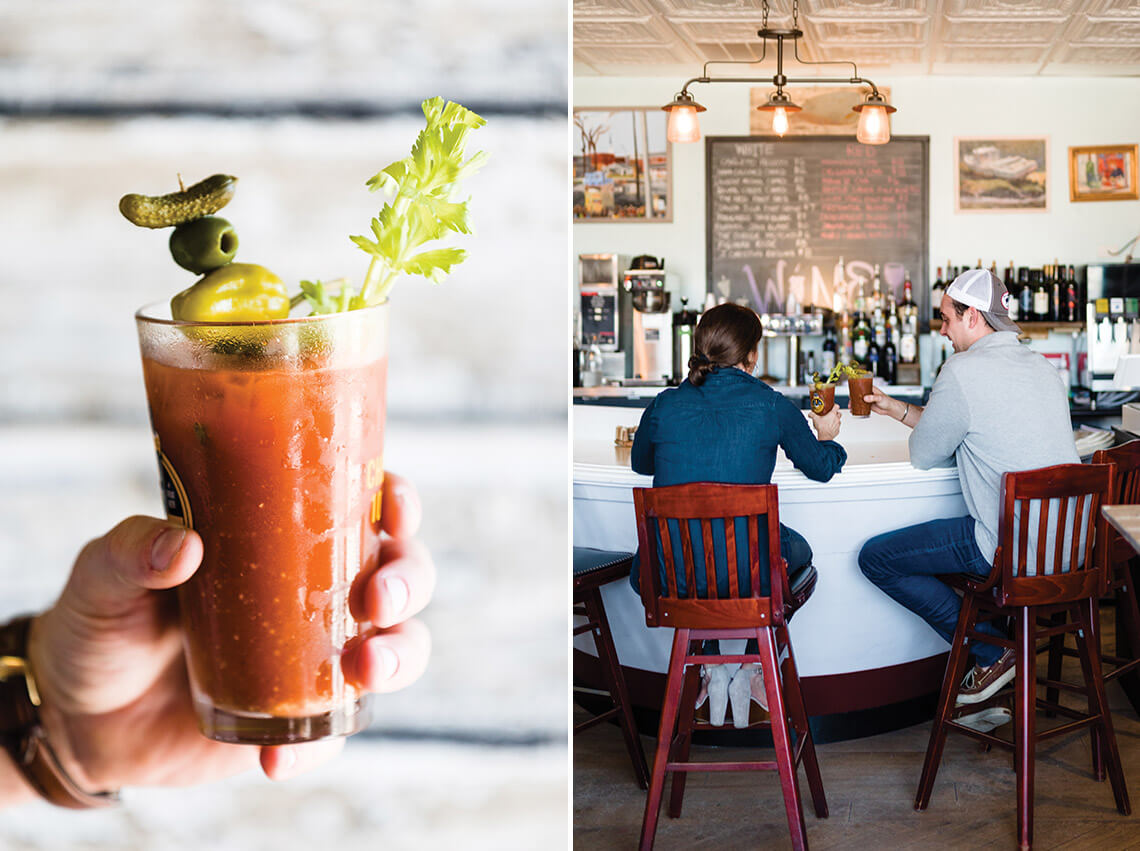 Reed’s Coffee + Art + Framing. The name says it all. Well, almost. In addition to its specialty coffee and tea drinks, local art, and custom framing, Reed’s also offers smoothies in ziplock-style pouches that make it feel like you’re drinking a Capri Sun for grown-ups. And don’t forget dessert, with tasty treats like crème brûlée. 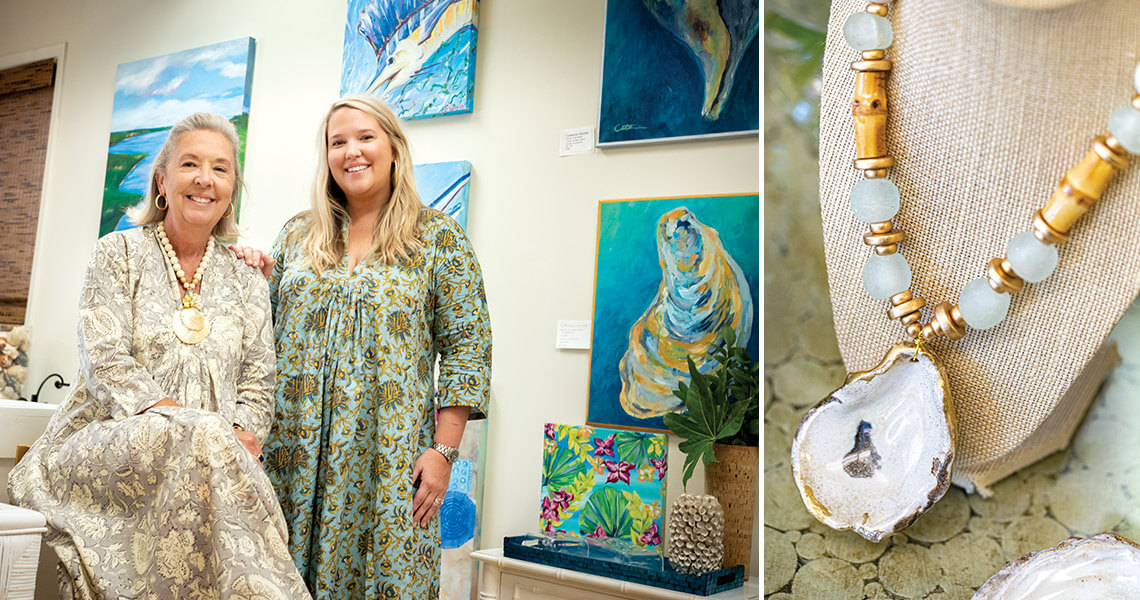 Z&Z Designs. Mother and daughter Elizabeth Anne Soriente and Michele Zeph draw inspiration from the coast for their vibrant, colorful jewelry. They fill their downtown shop with gifts that complement their work, including clothing, art, and home goods.

Parsons General Store. This gift shop opened in 1982, but the historic house and old-timey decor make it feel as if it’s been around forever. Two stories and seven rooms offer locally made art and home goods; saltwater taffy, homemade chocolate, and old-fashioned candy; and, Kemp says, “My grandchildren love to get ice cream there.”

Ginny Gordon’s. Kemp calls this kitchen supply shop “a friendly place,” and, in fact, he and the shop’s late owner, Ginny Gordon, became friends after she took one of his classes. Jenny Morrison now runs her mother’s namesake store, providing the community with dishware, cookware, and other kitchen implements, many from local and family-owned vendors. 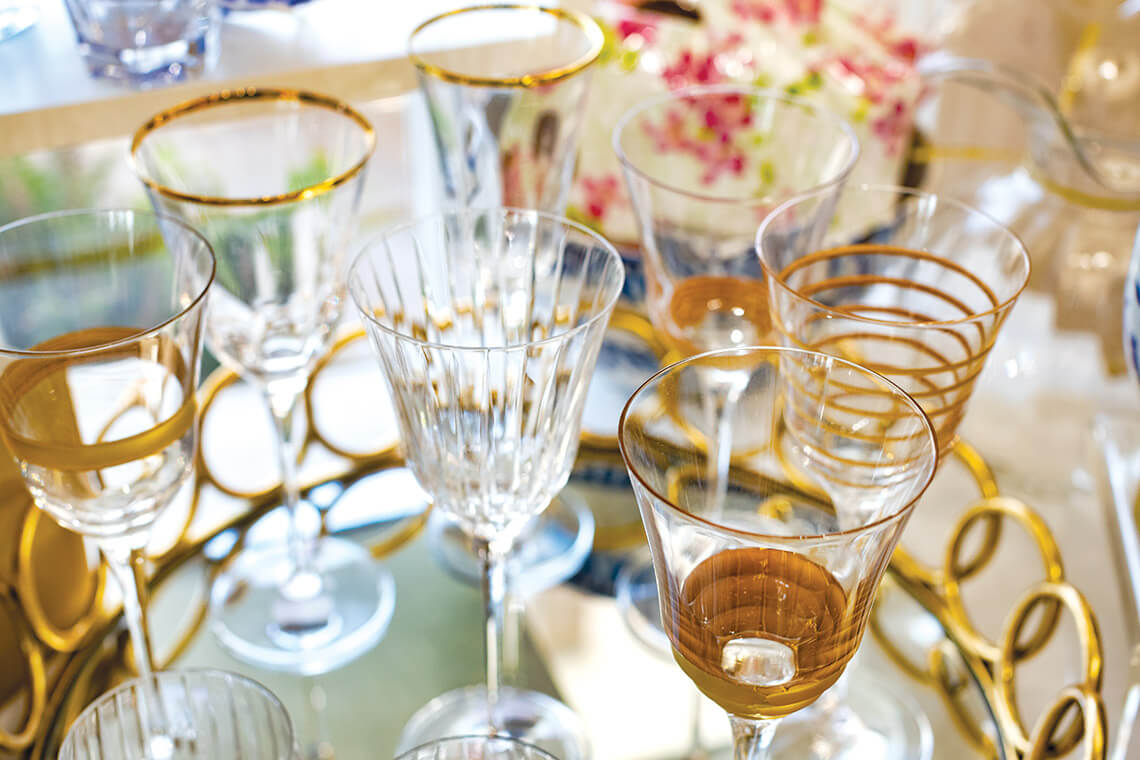 Dee Gee’s has been the place to buy a gift since 1934. photograph by Charles Harris

Dee Gee’s Gifts & Books. Established in 1934 by North Carolina legislator D.G. Bell, this gift shop has been the go-to spot for bridal and baby registries and other occasions for decades. Kemp remembers his mom going there often to buy gifts. Today, Dee Gee’s sells books by regional authors alongside tableware, jewelry, clothing, and accessories.

According to Morehead City lore, German soldiers may have landed on U.S. soil during World War II. The story goes that they disembarked from a submarine near Morehead City. Some say that the Germans bought groceries in town; others say they saw a movie. Is any of it true? No one really knows. But Kemp believes what his mentor, former Mayor George Dill, told him years ago: “Over on Bogue Banks, on the ocean side, civilians would patrol in the evening, with guns, in case the Germans came ashore,” Kemp says. “One time, one of those civilians saw two bodies wash up and identified them as dead German sailors and turned the bodies in. When they searched the bodies, they found tickets to the Morehead Theater.”