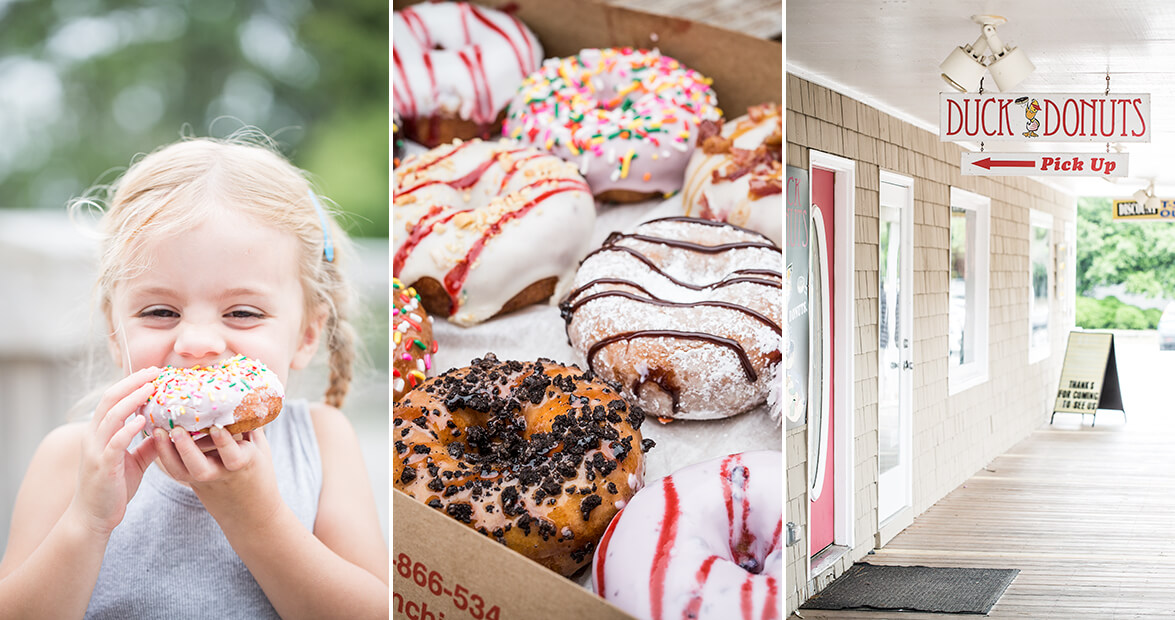 EDITOR’S NOTE: This story was originally published in July 2016.

I’m told by a 6-year-old named Max that he could probably eat 90.

His older brother, Lee, is more pragmatic in his answer.

The food in question is this: doughnuts. But to simply say “doughnuts” would be a disservice to the genuine article. These are doughnuts as they were intended to be made and eaten. They’re fresh off the fryer, crispy on the outside, fluffy on the inside, and most notably: glazed and topped to order. They’re Duck Donuts.

The line to get them snakes out the door at 9:30 a.m. on a Monday, but the same could be said about any morning on any given day of the week. The thing is, no one waiting is bothered by the line. They breathe in the aroma of dough that’s getting its tantalizing golden brown finish — the smell clings to the air like salt along the beachfront just blocks away. Everyone laughs and talks among each other while fantasizing about possible toppings. And they’re more than willing to wait in the same line all over again before they leave the Outer Banks and head home at the end of the week. 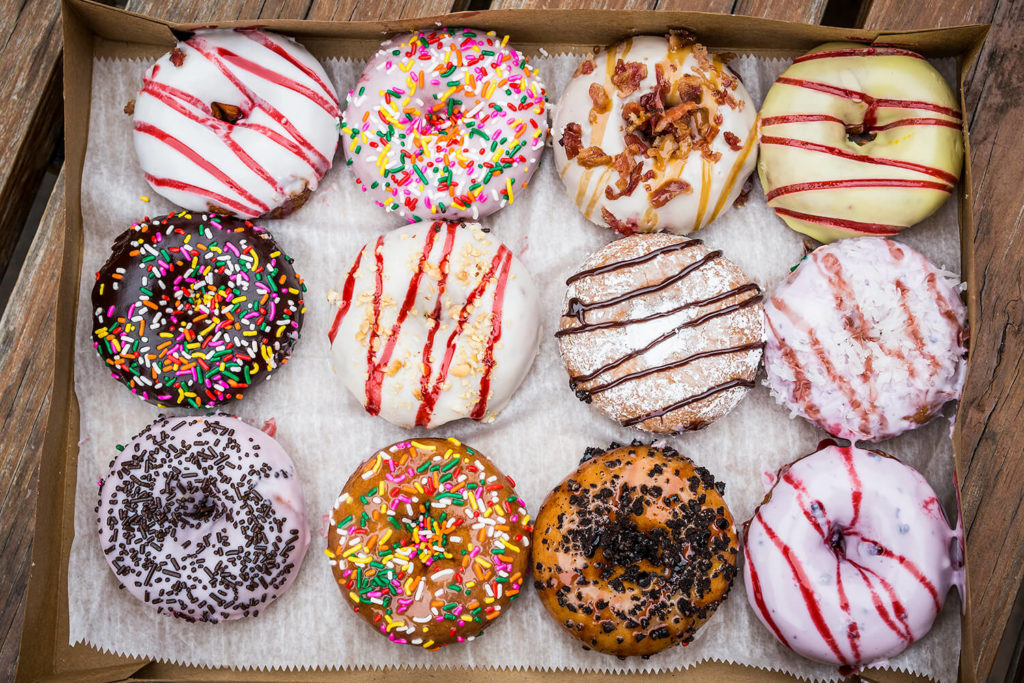 Since Duck Donuts opened its first two locations in Kitty Hawk and Duck in 2007, visiting the Outer Banks has become synonymous with doughnut-eating.

That’s how it was for Russ DiGilio, who grew up in Pennsylvania but spent summer vacations eating doughnuts on the Ocean City Boardwalk in New Jersey. On a particular trip to the Outer Banks as an adult, those sea-soaked teenage memories came flooding back for DiGilio. While sitting around with friends one evening, reminiscing about those very beach doughnuts, he realized that the Outer Banks could use a doughnut shop of its own. At the time, there wasn’t anything like it.

Before opening a doughnut shop became a flight of fancy, DiGilio had spent 30 years in the healthcare industry, owning and operating assisted living facilities. Doughnuts were an unexpected, interesting departure.

“The whole thing was just on a whim. It was something fun to do,” he says. 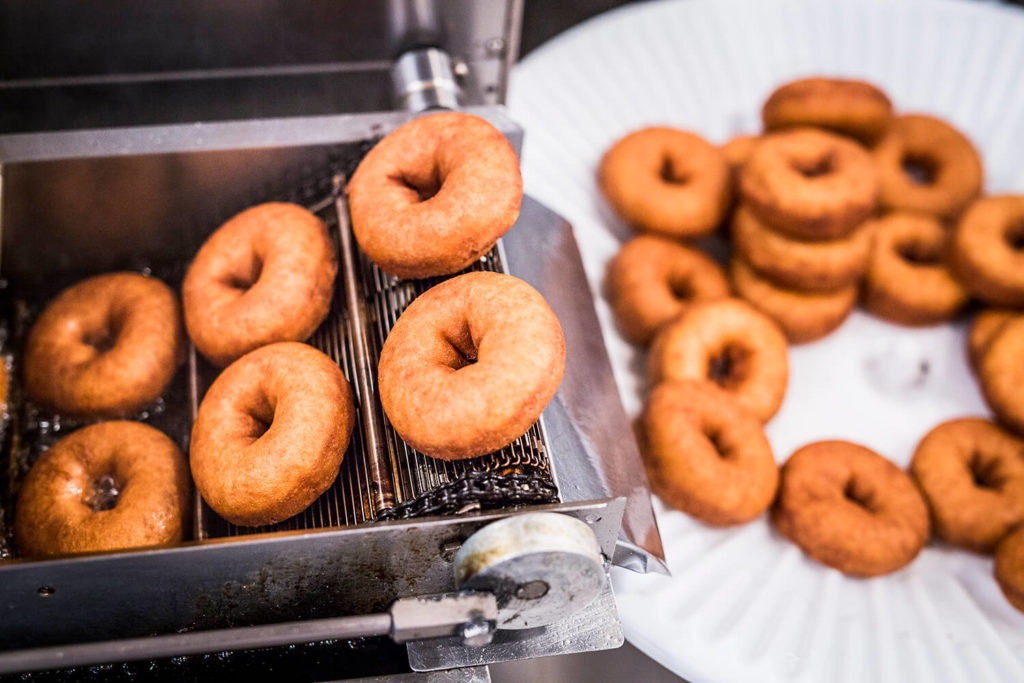 In those first few years after Duck Donuts opened, he didn’t quit his day job. With vacationers coming and going every week, building a base of repeat customers was a challenge. Business was slow to start.

“I knew we had a really good product and a good idea,” DiGilio says. “Your gut tells you that it’s going to take some time.”

Over those first couple of summers, vacationers started telling their friends to eat there, and those friends came and went and then told their friends. Soon enough, the lines started getting longer. Duck Donuts opened another location in Kill Devil Hills in 2009 and Corolla in 2011. Ever since, trying to meet demand is a daily exercise. 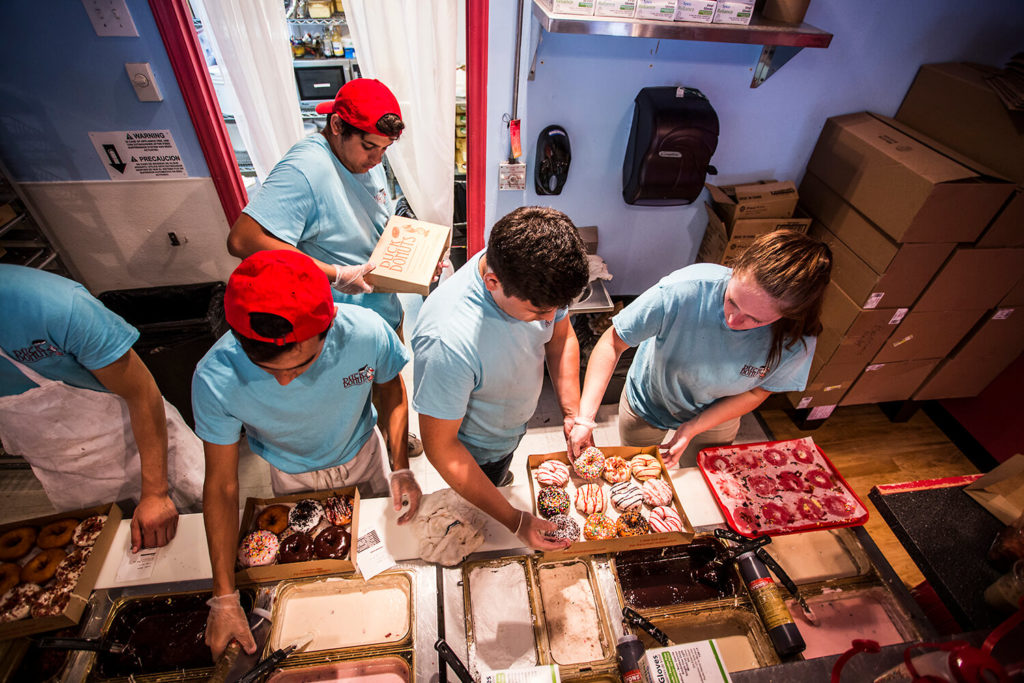 Outfitted with pink wood paneling and the talent of perky teens and twenty-somethings eager to make a summer buck, the shop’s location in Duck runs on military-style efficiency akin to that of Fort Bragg. Customers fill out their order on a form, which they hand to the cashier. They are given a number and instructed to go to the separate store space across the breezeway for pick-up, where they can speculate amid the crowd about which doughnut order is their own.

“As they see us making them, they already have a picture in their mind that ‘Oh my God, it’s going to be so good,’” Kirisits says. “You know how they say presentation or the way something looks makes the experience better? It just tastes better.”

Curb appeal has a lot to do with these doughnuts’ popularity, but their taste is what’s truly incomparable.

The doughnuts aren’t made with yeast, but instead with a cake-style batter. What’s better than cake? Cake, fried — and it isn’t as dense as you might expect.

“The batter is really light to begin with,” Kirisits says. “If you have a heavy batter, you’re going to have a heavy doughnut.”

They aren’t greasy either. That’s because they’re cooked the right way at the right temperature for the right amount of time, Kirisits says. Because, let’s get this straight: A doughnut should be more than a delivery vessel for sprinkles.

Speaking of sprinkles, the rainbow variety on top of chocolate icing is one of the most popular combinations, as is cinnamon and sugar. Children wear chocolate icing around the lips as a sticky brown badge of honor. Around here, a face better be covered in icing, or the doughnut didn’t happen. It’s vacation time; parents don’t seem to mind. 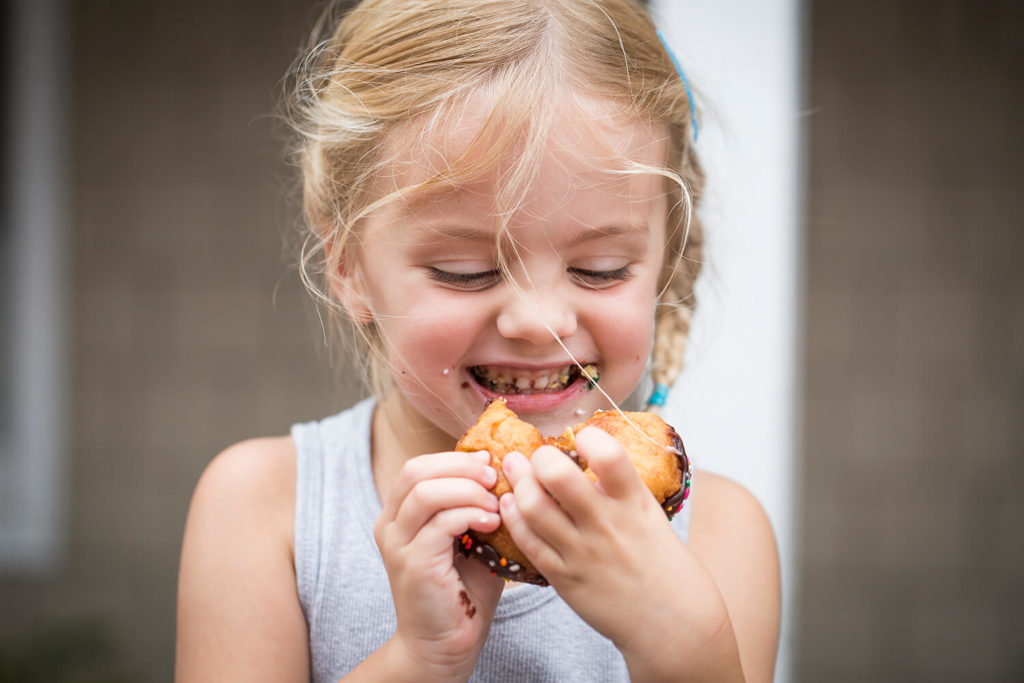 Since business picked up, fanfare for Duck Donuts has been fierce, so much so that DiGilio started getting emails from travelers inquiring about franchise opportunities.

“We were just inundated with people writing into our website saying that they loved it, asking how could we bring it to their hometown,” he says.

Duck Donuts has expanded to include locations in Charlotte, Cary, Greenville, Raleigh, and across the United States.

“To see it grow up into something I never would’ve imagined is a great feeling,” DiGilio says.

Summer vacation is as temporary as the tides, but a taste of the beach is never too far away.