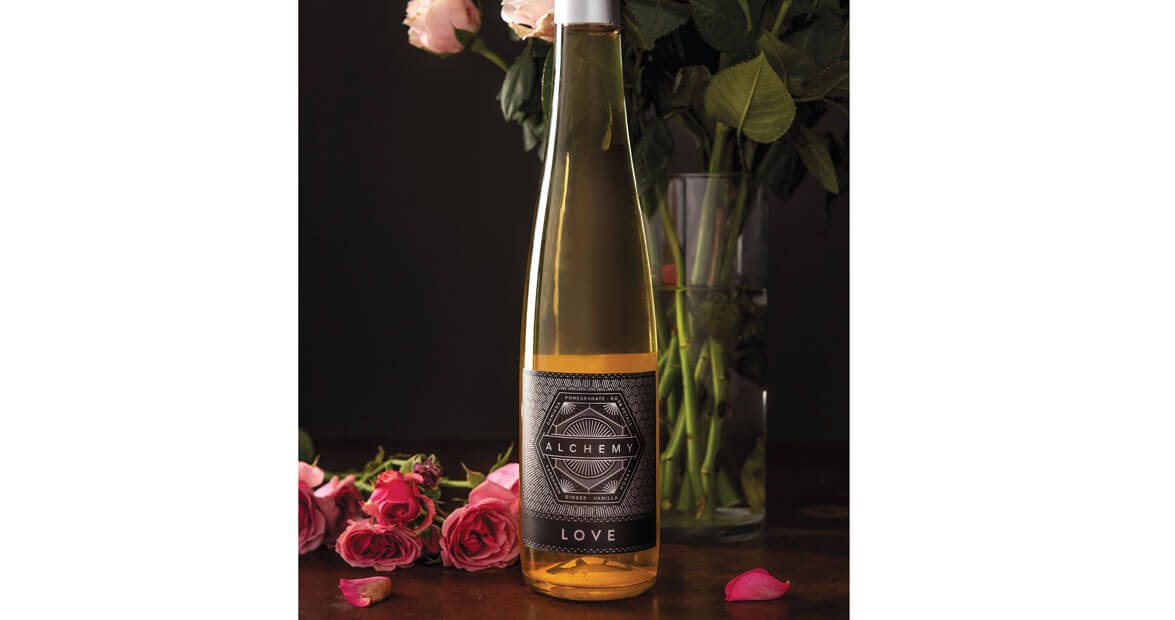 In 1966, “ON A COOL, DAMP NIGHT,” North Carolina’s Nina Simone reportedly lost herself “under a lilac tree,” woozy from lilac wine. James Shelton wrote the song years earlier, in 1950. But sung in Simone’s soulful voice, it underscored the long custom of North Carolinians using wildflowers for “strange delight,” fun, food, and fancy. Here, five folks from across the state work with blooms to, as Simone crooned, “put [their] heart in its recipe.” 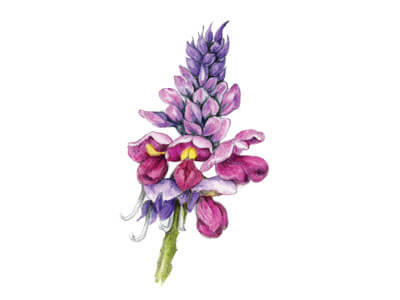 Kudzu crawls across fields, hills, trees, and telephone poles, covering everything in what appears to be one unending green blanket. But come late summer and early fall, the vine is also speckled with delicate purple flowers. Delicious flowers, notes Edith Edwards, often called the Kudzu Queen of North Carolina. “They bloom in stages,” says Edwards, who visits the vines again and again to pluck the blossoms, which she steeps to make jelly.

Kudzu, first introduced into the United States at the Centennial International Exhibition of 1876 in Philadelphia, can grow up to a foot a day, earning it the nickname “the vine that ate the South.” But in Edwards’s home in Rutherfordton, it’s simply the vine to eat. At Kudzu Cow Farm, which Edwards ran with her late husband, Henry, they baled kudzu like hay to feed their cattle. And in Edwards’s kitchen, she experimented with ways to prepare kudzu for her family, inspired by a Japanese cookbook. “The first time I ever fooled with it to eat was August 22, 1981,” she recalls. “I French-fried the leaves, and they were out of this world.”

Now in her 90s, Edwards continues to fool with kudzu. Fresh blossoms, she says, produce a delicate jelly that tastes like grapes, and frozen blossoms create a taste akin to apples. “A lot of people won’t go through the trouble of doing it,” she says. “We’ve just had a wonderful time with the kudzu plant.” There’s certainly enough to go around. 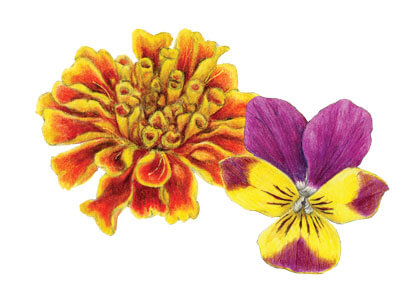 Plenty of gin fizzes and French 75s contain floral notes. But few cocktails put flowers to good use like those served at Haberdish restaurant in Charlotte, where the vibe is spring eternal. Under the direction of mixologist Colleen Hughes, marigolds are suspended in clear spheres of ice and served in a tumbler of bourbon. Pansies float in a glass of Irish whiskey. And orchid petals swim in a big bowl of booze. “Our punches come out looking like bouquets,” Hughes says.

A self-proclaimed “flower buff,” Hughes grows and displays varieties around her home. And at Haberdish, she incorporates blooms into her bar program for a few reasons: In part, the use of flowers is somewhat traditional, as many cocktail recipes feature floral garnishes to add flavor or flair. But Hughes says the petals also give the drinks a feminine edge — especially those that are stronger and often pigeonholed as being “masculine.” Mostly, though, flowers in drinks are just plain festive. As Hughes puts it, “Drinking is supposed to be fun.”

Customers go nuts for the restaurant’s crystal-clear “flower ice,” which Hughes creates using local flowers and a closely guarded process. “The reactions to it have been tremendous,” she says, adding that she often has to remind customers to stop photographing their cocktails. “Drink the drink!” she tells them. 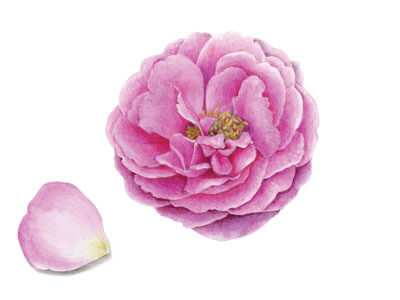 Griffin Abee grew up at the A.B. Seed store — her father’s nursery in Colfax — before making it to her version of an ABC Store in Asheville. Abee now owns Alchemy Herbal Wine, a meadery run out of Addison Farms Vineyard that draws on an ancient tradition of fermenting honey. The result is a dry alcoholic beverage that’s a far cry from the sweet meads slugged down by Beowulf.

“I call them intentional brews,” Abee says, emphasizing the folkloric beliefs behind her ingredients. To a base of local honey, she adds botanicals for tonic-like concoctions: Her Love brew contains aromatics associated with romance — rose petals, cardamom, vanilla, and ginger. Flavoring the Prosperity blend are spices thought to bring luck: star anise, allspice, mace, and cloves. She seeks out local sources, too, adding, “I love what the land has to offer.” 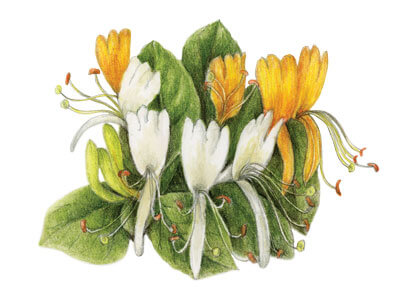 A particularly prolific honeysuckle vine hung by the parking lot at Crook’s Corner in Chapel Hill. When former owner Gene Hamer questioned whether there was some culinary use for it, the vine rooted itself in Chef Bill Smith’s mind. The restaurant had built its reputation on elevating ordinary Southern ingredients — first under the direction of Bill Neal, then by Smith and, as of earlier this year, Justin Burdett — and the lowly honeysuckle vine seemed destined to be transformed into something special on the menu.

Smith experimented with various ways to use the fragile blossoms, which were “wrecked” by hot water when he tried to brew a tea. He finally landed on a solution after reading the Italian novel The Leopard, written in 1958. The story led Smith down a Sicilian rabbit hole and to a cookbook with a recipe for jasmine ice. The instructions called for soaking the blooms in cold water overnight before freezing. Smith adapted the recipe to create his acclaimed honeysuckle sorbet. “It tastes exactly like [honeysuckle] smells,” he says. “Exactly.” And on the menu at Crook’s, it marks spring just as the vine does — with a hint of sweetness and longing. 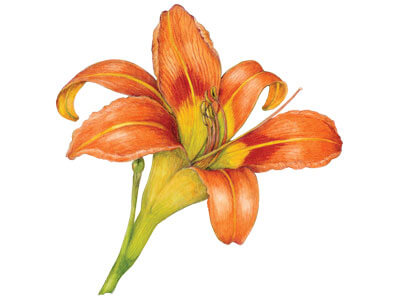 Bill Faust believes almost every flower petal is edible. “I figure a couple of petals won’t kill me,” he laughs. Faust, who lives in Duplin County, is a member of the Wild Foods Hall of Fame and teaches at the North Carolina Wild Food Weekend held in Reidsville each spring. Since 1965, he’s run his late father-in-law’s restaurant, Bland’s Barbecue in Warsaw. But he just as easily eats from the woods and fields around him. “Daylilies are one of my favorites,” he says. In the summer, he splits the buds and fries them like okra. “It gives me good satisfaction to know I can go out and find enough to survive on,” he says, though part of the quest is also for fun. Dipped in egg whites and dusted in powdered sugar, garden violets and pansies make a natural warm-weather treat, Faust adds. That is, if they’re not too pretty to eat.