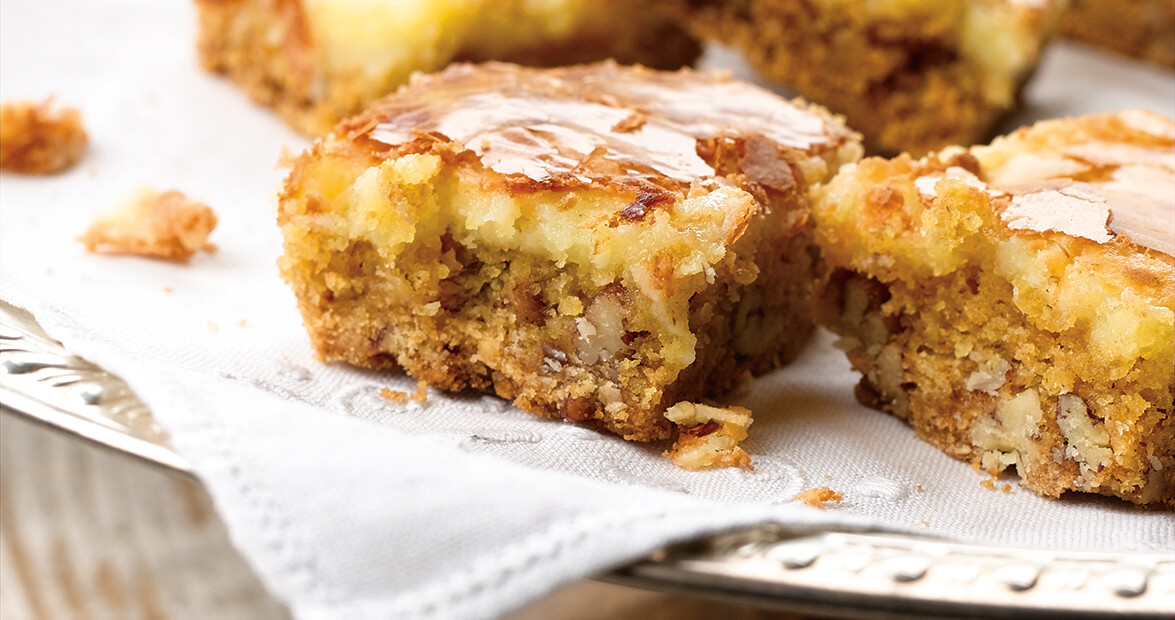 Gladys Britt insists her pie squares aren’t famous, just good. But ask an Elk — almost any Elk — and you’ll get a different answer.

From Waynesville in the west to Elizabeth City in the east, lodges full of Elks know that a sweet lady in Southern Pines mixes cream cheese and sugar to make something wonderful. And Elks would know, because Elks like to eat.

Twice a year, every year, all 38 Elks Lodges in North Carolina get together at a state convention. Those 38 are divided into four districts, and each district has a room. The Elks call it a hospitality room.

In each room, every lodge is represented by some piece of food. Crab cakes come from Calabash in the East district. Apple pies, apple cakes, and pork chops with apples come from the Blue Ridge in the West. Moravian dishes — like chicken pie — come from Winston-Salem in the West-Central. And, if you’re lucky, someone might bring some handsome pork chops from Fayetteville in the East-Central.

There’s plenty of food for two nights of feasting. Plenty of everything it seems, but almost never enough of one specific thing: Gladys Britt’s pie squares.

Britt carries them on a platter into the Elks’ convention hotel. People give her greedy glances as she walks. A few anxious hands even stop Britt on her way in, say hello, and sneak a pie square before saying good-bye.

That’s a gamble because when you eat a pie square, almost everyone knows. The crust crumbles as you take a bite and leaves a trail that leads to you — unless you’re careful enough to cup your hand below your mouth to catch the crumbs.

But Britt forgives each eager sweet tooth. She knows what attracts them: Her recipe calls for a pound of confectioners’ sugar. When you figure that each pie square is a fraction of the 9-inch-by-13-inch rectangular total, that’s still a lot of sugar.

You’d think that much sugar might make some people pause. But in her 18 years as an Elk, Britt’s only familiar with folks eating one pie square and then wanting another. So she finally decided to submit her recipe for all Elks to see. 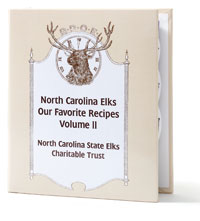 It’s one of more than 200 recipes printed in North Carolina Elks: Our Favorite Recipes. The cookbook represents every Elks Lodge in the state by its name and the number in which it was founded as part of the national Benevolent and Protective Order of Elks.

Growing up in northeast Cumberland County, Autry thought cornbread always came hot and flat from a frying pan. Then he came to town one Thanksgiving to find that his mother-in-law baked her cornbread and cut it into squares.

Now every time the Elks in Fayetteville eat pork chops, they need Nana’s cornbread on the side.

And they could always use some of Gladys Britt’s pie squares for dessert.