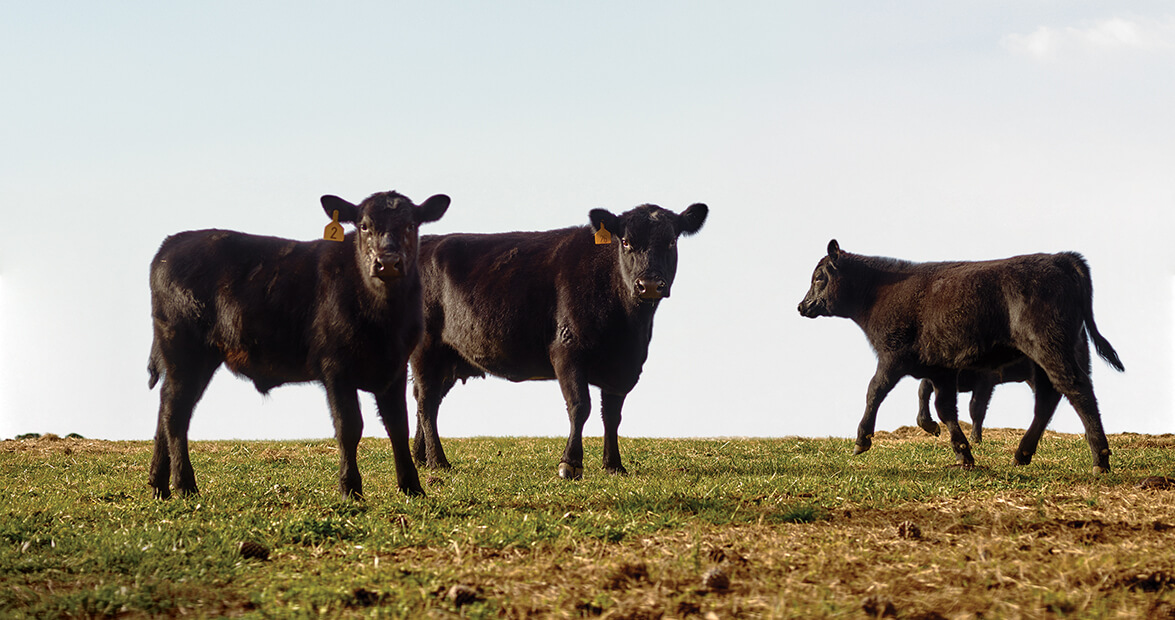 Just four miles from bustling Franklin Street in Chapel Hill is a step back in time: a farm whose first rows were hoed in 1756. The 282 acres of grassy cow pasture called Mount View Farm has been in the same family ever since. A white clapboard farmhouse built in 1926 — a relatively new addition — sits close to the road. Three 90-year-old barns and two silos are nearby.

“I’m sleeping in the room I was born in,” says Gordon Neville, 78, whose grandfather built the house from trees that grew on the property. “Only thing you had to buy back then were the windows, the nails, and the doorknobs — you know, metal and things not grown on the farm,” he says.

This land has always provided most of what the Neville family has needed. Across the street and down the road are two other parcels of family farmland. In the early 1970s, the family switched from dairy cattle to an Angus beef operation. “We are strictly cow people,” says Gordon, who is the eighth generation in his family to reside on the farm. “My sister and brother-in-law are cow people; their boys are cow people.”

Mount View Farm is one of only 17 accredited Bicentennial Farms in the state. Of the more than 50,000 farms across North Carolina, 1,766 of them are verified Century Farms by the Department of Agriculture. All of these historic farms are rooted in the state’s heritage and vital to its economy; agribusiness is an $84 billion industry. To survive the unpredictability of seasons and markets, all of these family farms have had to learn to adapt. 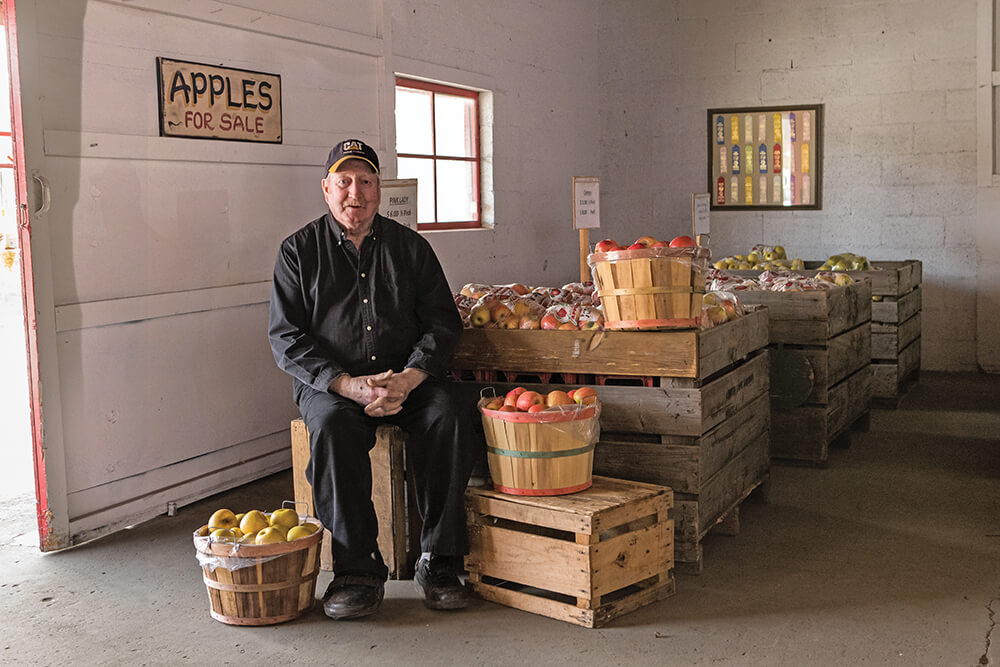 Bobby Lowe owns Sugarloaf Orchards with his brother. The farm just outside of Taylorsville has been in the family since the early 1800s. photograph by Jon Eckard

Take Sugarloaf Orchards, 135 miles west of Mount View, a Century Farm that dates back to the early 1800s. Brothers Bobby and Bryant Lowe are the fourth generation in their family to own the 281 acres of apple, peach, and pear trees located in Sugarloaf Township, outside of Taylorsville and just shy of Rocky Face Mountain State Park. “My grandfather grew a lot of apples, and so did my dad. It’s just been a family tradition,” Bobby says. “We’re still hanging on. There’s not a lot of apple growers left in the county.” In the mid-1970s, Sugarloaf bought the apple house and built it up. Today, it serves as a general store, where the orchard sells cider and locally made jams, honey, and country ham.

Funston Farms in Winnabow only recently earned the title of Century Farm. It’s been run by the Earp family continuously since 1910, though the Earps’ ancestors first established the farm during the Revolutionary War. Today, Funston Farms produces something for everyone on their 4,500 acres: beef, pork, corn, grasses, soybeans, and wheat.

Jeff Earp is the fourth-generation owner and handles day-to-day operations. His father, Wilber Earp, was recently named a finalist for multistate farm of the year, and for good reason: In more than a century of operation, the farm has survived many hardships, from droughts and hurricanes to the Great Depression and recessions.

Resilience is something all Century and Bicentennial Farms have in common. But it’s the bond a family forges with the land that keeps the farms going, generation after generation. Gordon Neville and his wife, Pat, are hopeful that their son will return to Mount View Farm one day to run it, just like Gordon did. “I always felt a connection,” Gordon says. “This is home headquarters.”

Some historic farms are open for visitors, including:

1861 • Lyon Farms • Creedmoor
Much of their fresh produce — especially sweet strawberries — can be found at local produce stands and farmers markets, but visitors can go straight to the source and handpick their own.

1867 • BN Acres Farm • Lexington
A farm-to-table experience: Stroll among the fields of grazing Charolais cattle, a heritage breed that originated in France, before buying grass-fed steaks or roasts to cook for dinner.

1890 • Biltmore Estate • Asheville
The historic barn reflects the lives of families who tended crops, raised livestock, and worked at Biltmore Dairy in the early 1900s. Watch blacksmiths in action or pet animals in the farmyard.