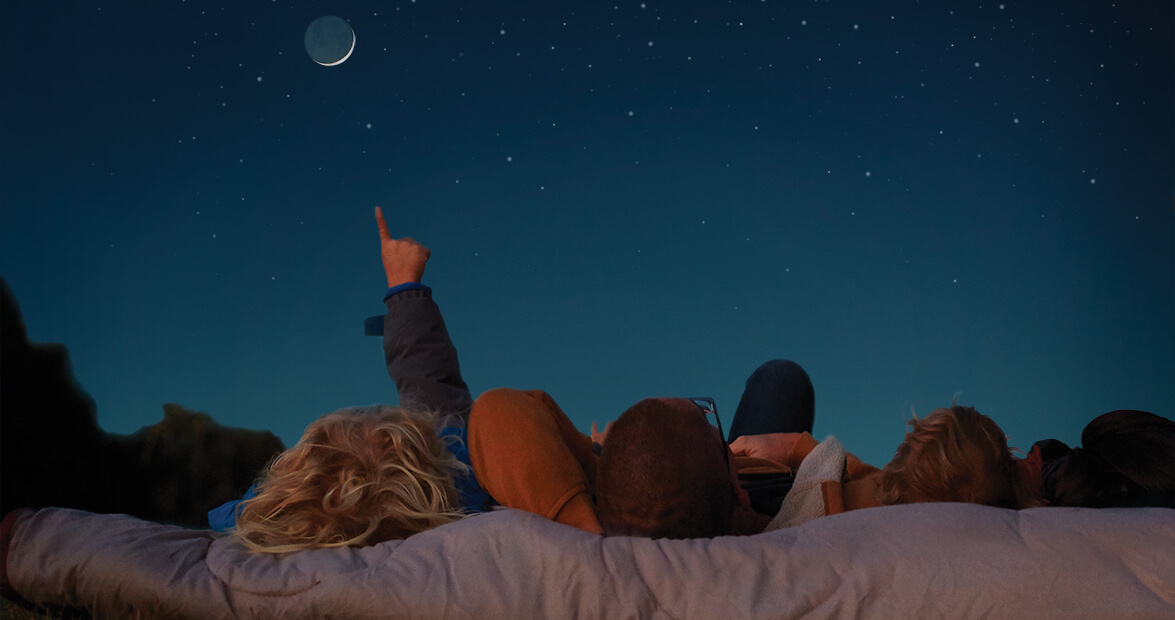 We’re a bit of a show. Maybe more than a bit. Neither kid will sit in the cart anymore, and now, free-ranging through the grocery, they’re tracing some unnamed land between circus and calamity. The Wee, when he’s not seeking out breakable items, is shrieking, “Yike! Yike! Dragons!” He’s 2. He hands his yikes out one at a time.

The Toad, for his part, is going on at extraordinary length about Mars. He’s in kindergarten now, knows a great many things. Mars is the only planet where aliens live. There are good aliens and bad aliens. Or maybe there are only good aliens? He checks to see if I know. I do not know. The Wee arrives with a glass jar of something, throws it in the cart. It does not break. “Mars is as far away as from my room to Alaska,” The Toad says.

We rocket around an endcap featuring a sugared cereal that the kids heretofore had not known existed. “Please,” they say. “Please!” “No,” I tell them. And that’s our call-and-response for an aisle or two, until they start sword-fighting with a pair of Slim Jims. I get down on my knees, skip right through threats to bribery: If they can have good manners the rest of the way, then we can purchase, and even consume, hot chocolate.

“But then can we find a dark place to look for Mars?” The Toad asks, holding steady. For a few weeks — since the Mars thing cropped up — we’ve been talking about sky-watching. “Will you take me to a dark place? Do you know any?”

Kid, I want to say, parenting can get you to some pretty dark places. Instead, I tell him that I know a great spot. I stand up, and a stranger says to me, “Sir, you must be exhausted.” He’s youngish, college-age, at a place in his life where he’s still sleeping in. The Wee’s been up since 6 a.m., when he appeared like a ghost in our room, announcing: “I wake up.” I laugh and tell the stranger it’s not so bad. What I don’t tell him, because I don’t want to scare him, is that things are going pretty well. As trips to the grocery go, this one’s been easy. No yelling, no crying, no blood or bone. Only dragons and aliens. And Mars.

Where do you take a kid to show him the night sky? The backyard will do fine; children don’t understand light pollution, wouldn’t know to miss the Milky Way. I have memories, though, of my father standing in my grandmother’s pitch-black yard, pointing out constellations by flashlight beam. If there are six ways I think of him, then that’s one, him showing me Orion’s Belt where all I saw were stars. “Do you see it?” he asked me. I lied until I did.

Their grandmother’s yard, then. My mother-in-law’s. She lives up the side of a mountain just outside of Asheville, has a driveway that’s plenty dark and a clearing that looks south into a winter sky more than full enough to do the job. Not that I don’t show The Toad the sky before we get there, but we play it up: The stars are the best at your Abi’s house. Wait till we see the stars at Abi’s. Just you wait.

There is a hitch: Mars is up after midnight this winter, and we flirt with the wee hours enough as it is. Still, each night of our visit, we make hot chocolate — The Toad forgets nothing — and bundle the kids against the cold and the dark, and we go out there. The driveway is so steep as to make using it an adventure, but that lends itself perfectly to lying on your back and looking at the sky. I have no flashlight and the kids are dribbling hot chocolate everywhere and The Wee’s mug at some point goes rolling off down the hill, but they’re into it. Both of them. “Which one is Mars?” The Toad wants to know. “It’s not up there,” I tell him. “But it’s in outer space,” he says. “Yes,” I say. “So is that one Mars?” he asks — and I tell him yes. The Wee gets ahold of this rhythm and asks again and again, seemingly about every star. “Yes,” I say. “That one, too. They’re all Mars.”

This makes them laugh, and that makes me cry, because I get sentimental around this time of year, and because the sound of these two boys laughing — not slamming doors or kicking each other or stomping, wronged and furious, up the stairs — is all the New Year’s resolution I ever hope to need. How can I get them to make that sound again?

For now, the answer’s right in front of us: Let’s just keep playing this game. Let’s lie on our backs on the frigid driveway and look up. Let’s misname each and every star in the Carolina sky.