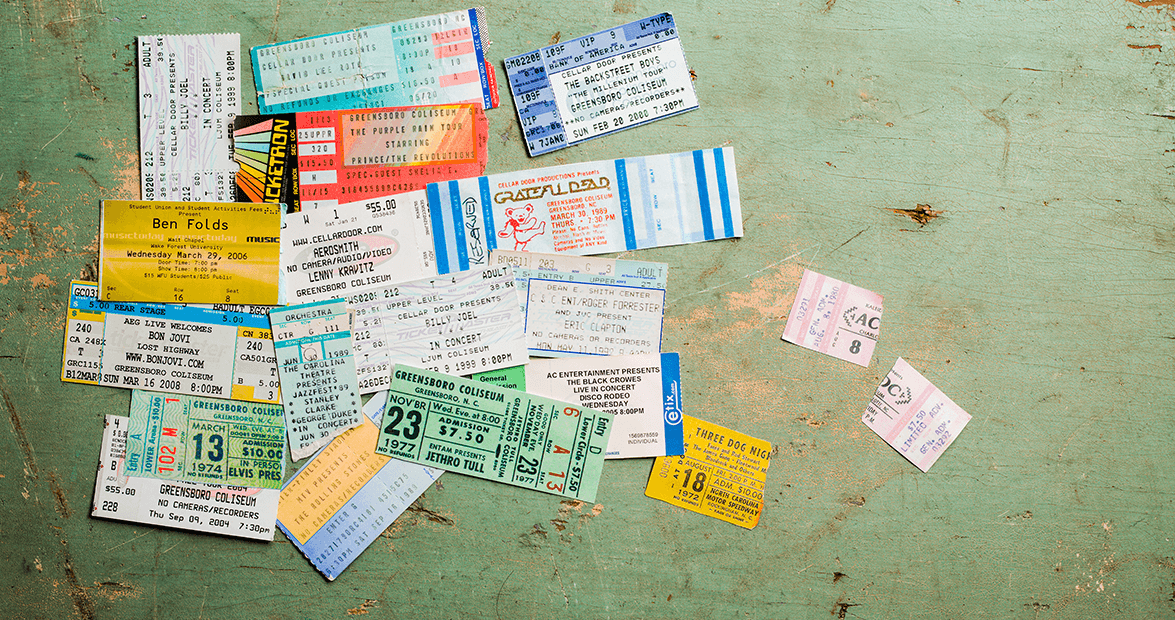 Just guessing here, but I would say that before I was 7 years old, I had absolutely no idea that bands and singers actually performed their music live. The concept was a weird one for me. Music flowed from AM radio stations. Music played scratchily on my parents’ enormous, furniture-size record player. The closest thing to “live” music I’d ever experienced was my Uncle Lonka playing the accordion and singing “Stop! In the Name of Love” at weddings and bar mitzvahs.

I’m not joking about Uncle Lonka.

This conundrum thoroughly troubled me. I kept thinking about it on the seemingly endless drive from Cleveland to Columbus. I thought more about it when we got stuck in a traffic jam roughly the size and shape of Indonesia. Live music. Tony Orlando and Dawn were going to sing those songs on the radio, only live. Baffling.

A few years ago, a credit card company ran a great commercial where a father took his daughter and her friends to see some nebulous boy band. It actually ran more than a few years ago, now that I think of it. It came out when Elizabeth, our oldest daughter, was born. She’s turning 13 now. Time is so frustrating.

In any case, I deeply loved that commercial. I imagined myself being that dad taking my daughter to her first concert. My favorite part of the ad was when the band’s song came on the radio, and the dad started singing along. He knew the words. I’d know the words, too. I’d be a cool dad like that.

And so there we were, one night not so long ago, my wife, Margo, Elizabeth, and our 9-year-old, Katie, driving through heavy rain in Charlotte to see a boy band called AJR. Adam, Jack, and Ryan are three brothers from New York, and you may have been one of the jillion or so people to click on their YouTube video, “I’m Ready.” Then again, you may not be.

Either way, I did know the words to “I’m Ready.” And I did sing it in the car.

That Tony Orlando and Dawn concert didn’t work out the way my parents had naïvely hoped. It was the first day of the Ohio State Fair; people had begun showing up three days earlier. We arrived about 9 a.m., too late to get into the pavilion, of course. Heck, we arrived too late to get within a half mile of the pavilion.

But I still think of that experience as my first concert. Because from where we were, next to the “Climb the Rope Ladder” game (You can’t climb that rope ladder.), we could hear the fading strains of “Tie a Yellow Ribbon Round the Ole Oak Tree.” Somehow it clicked. Live music was … different.

It wasn’t something I could express then; it might not be something I can express now. But, in my life, I’ve chased live music. I’ve seen Styx in costume singing “Mr. Roboto,” and I’ve been in the sweaty haze of the Fillmore in San Francisco for the Smashing Pumpkins, and I was there one of the last times Frank Sinatra sang “The Way You Look Tonight,” and I was swept away by something otherworldly when Midnight Oil broke into “Blue Sky Mining.” Mostly, I’ve followed Bruce Springsteen across America. And live music, for me, infuses life. It makes me absurdly happy. Why? Maybe it’s the loudness. Maybe it’s the crowd. Maybe it’s simply the feeling of sharing a moment with the artist.

Whatever “it” is, was the feeling I wanted the girls to experience at their first concert. This AJR thing was a perfect first concert — I even knew someone who knew the group’s manager. We headed out with great expectations. But, well, it was raining hard, and lightning, and the girls were still deathly afraid of lightning. The I-485 loop around Charlotte was slick, the roads reflected so many headlights that it was hard to see, and — this being Charlotte — orange cones and concrete barriers shaved the lanes until they were the width of paperback romance novels. Uptown, which we still call downtown, looked intimidating through the raindrops, and when we got to that small brick building that is the Charlotte Fillmore, Katie, the 9-year-old, was particularly scared and wet and cold and unhappy. The tickets weren’t at will call. The line to get inside was long. The floor in front of the stage was entirely crowded with people there to see the main act, Lindsey Stirling. None of them seemed to know or care about the opening act, but they’d already jostled into position. They didn’t seem to care much that Katie and Elizabeth wore AJR T-shirts.

“Daddy,” Katie said to me unhappily, “people are drinking.”

Maybe we’ve been overzealous with the “Don’t drink” refrain.

When the concert began, the girls couldn’t even see the stage, blocked by adults who didn’t care about AJR. People kept bumping into us (though, fortunately, none wielding machetes). I held Katie, which isn’t as easy to do now as it was when we were both younger. She was profoundly miserable. If I’d said, “OK, let’s go home,” she would have happily agreed.

“Hi, girls, awesome shirts,” Jack told them (or maybe it was Ryan — I couldn’t really tell). “Do you want us to sign them?” By then, the girls were in a fog, a spectacularly happy fog, and the ride home was a giddy, high-pitched attempt to come up with a word bigger and better than “awesome.” I told them how lucky they were — that I didn’t get within two football fields of Tony Orlando and Dawn at my first concert — but I don’t think they heard me; they were too happy.