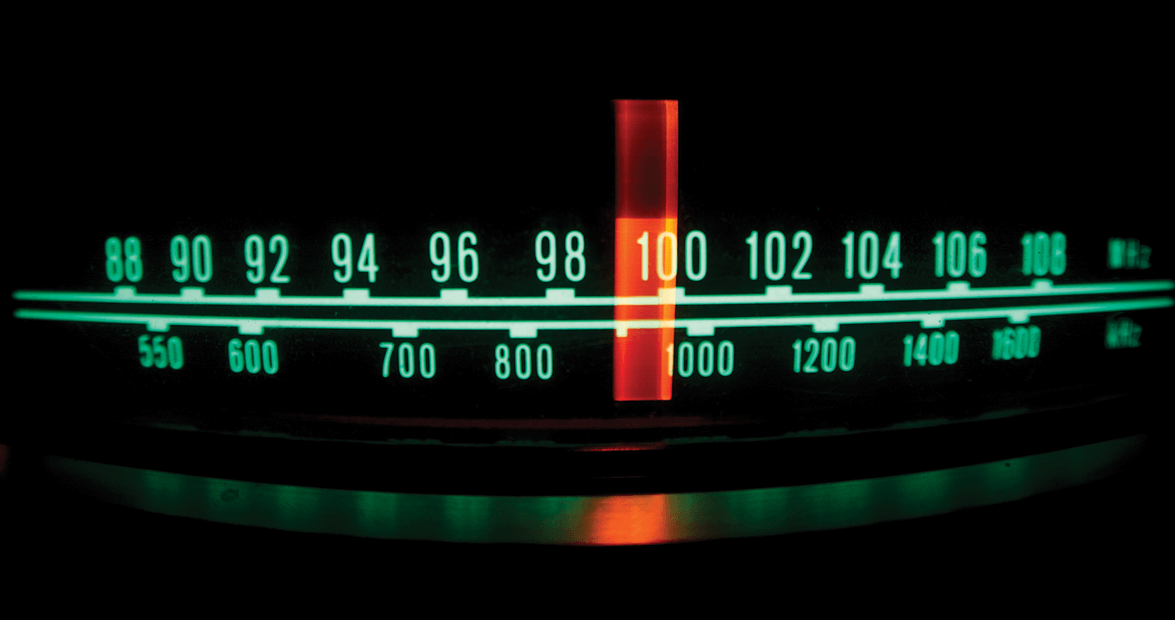 We were all over at Termite’s house, just after New Year’s. Termite’s older brother, Steve, who was one of our town’s earliest freaks (which, back then, was a term of ultimate respect; “freaks” weren’t simply hippies, but pioneers, the cooler element who got there before the rest of us) took us outside to his Dodge Dart, which was parked alongside Termite’s stepdad’s Maola milk truck.

Get in the back, Steve told us, for even though our hair was brushing our shirt collars and our clothes were army surplus, we weren’t cool enough to be seen riding shotgun. Steve cranked up the Dart. I had no idea where we were going, but back then, in the early ’70s, I hardly ever had any idea where we were going. We usually went nowhere, in gas-guzzling loops around town.

But the Dart didn’t move from the shadow of the milk truck. Instead of putting it in reverse and backing us out onto   U.S. Highway 701, Steve fiddled with the dials of the radio. Actually, it wasn’t a radio — it was something attached to the dash that resembled a radio. Another radio.

“What is that thing?” my friend Sam asked.

“Where’d you get it?” Termite asked.

“Y’all don’t even know what it is,” Steve said, “so why do you care where it came from?”

I thought this was a good point but kept quiet because just then, Steve, after twisting through several squeaking frequencies, found what he was looking for: 94.1 on the FM dial. The unmistakable bass line of Sugarloaf’s “Green-Eyed Lady” filled the Dart. Sugarloaf seemed to be playing in the trunk, the music so crisp and loud it rattled the chassis.

We listened as Steve told us about this new station out of Raleigh, which had replaced WPTF a few nights earlier. Midnight on December 26, to be exact. The last song played on WPTF — which broadcast mostly classical music and was what my parents listened to on long car trips, despite the five of us begging them in our whiniest voices to switch over to Top 40-oriented WKIX — was “Jingle Bell Rock.” The first song WQDR played was The Rolling Stones’ “Bitch.”

“Green-Eyed Lady” was played in its entirety — all six minutes and 50 seconds of it, guitar and organ solos uninterrupted — which would never have happened on any other radio station. Usually there was an “album” version of a song and a shorter one that got played on the radio; songs with guitar solos longer than a few measures were faded out, interrupted by ads or obnoxious disc jockeys. “Green-Eyed Lady” was slightly cheesy, but it was followed — without any commentary or advertisement — by Steely Dan’s “Reelin’ in the Years,” and then, miraculously, Lou Reed’s “Walk on the Wild Side.” There was nothing cheesy about either of these songs, nor would you ever have heard them on any other station in the state not run by college students.

I thought, as we sat there listening to this FM converter bring us songs in their entirety, songs we played on records in our rooms, about all the hours my buddies and I had spent talking about how boring and uncool our small-town existence was. I thought about how, listening to Woodstock or Monterey Pop or any live album, hearing the shouts and cheers of the crowds lucky enough to live in a place cool enough for Peter Frampton to actually Come Alive, all this time I had been under the impression that, if only I could have been born in Chapel Hill, or even Raleigh, my life would have been so much richer, and I would have been so much cooler.

But now here was Raleigh, loud and clear, coming to us, bringing us songs we’d previously had to listen to in our bedrooms or someone’s basement rec room or on clunky eight-tracks in our cars.

The next day, I was going somewhere with my father in the beat-up panel van he used for hauling sacks of newspapers to the post office on Wednesday afternoons, when the paper came out. The van was bulbous and dark; it had only rear windows. Someone had installed a plywood box where the front seat should have been. When my father took us to school, my sisters squeezed together on the box. The rest of us sat in the back of the van on canvas mailbags, feeling like we were being transported to prison.

Dad, I said, can we get an FM converter for the Torino? The 1970 Gran Torino was the car I would drive when I got my license. The Torino, like most cars of its vintage, had only an AM radio. This meant listening to WKIX, which sometimes played decent music like early Beatles, or the local station, WCLN, which broadcast things like hog prices and reports from the produce market in Faison. We did not listen to WCLN unironically.

Here’s how I saw it: My father had forced his children to ride around town on a plywood box, which was not only embarrassing but potentially lethal, for of course the box had no seat belts. At the very least, he owed us an FM converter.

“Do what now?” said my father.

I explained what an FM converter did. I told my father about WQDR. I told him that QDR stood for quadraphonic, though I had no idea what that word meant. I might have used the term “life-changing” in my detailed and effusive description of the device, which I made sound essential to one’s health. I told him that a few days ago, QDR had played The Allman Brothers’ “In Memory of Elizabeth Reed,” off the At Fillmore East album, which clocked in at almost 13 minutes! I told my father that QDR sometimes played five songs straight without commercial interruption.

My father allowed that he knew a thing or two about advertising, being the half-owner, publisher, reporter, photographer, columnist, ad salesman, and circulation manager of his own newspaper, and in his opinion, this new format sounded like a good way to go bankrupt. Of course, he added, I won’t be crying any tears if that happens, because I have no great love for that mess y’all like to listen to.

My father rarely came down the hall to that far-off part of the ranch house where his five children lived in three bedrooms unless it was to tell me to turn the music down. Only once did he express curiosity about what I was listening to, and when I told him I was listening to the new Grateful Dead album, he said, Well, much as I hate to say it, I’m not ungrateful that they’re dead.

My father was not going to help us out with any FM converter.

In time, I saved up enough money for a converter for the Gran Torino I was sharing with my brother and sister. We listened to QDR every time we got in that car, and though there were things about that station I came to question — for instance, their inexplicable love of the band Supertramp — it brought into my world so much music that I would have had to leave Clinton to discover on my own. QDR played songs off albums that I had to drive to Raleigh to purchase. They played genres I had never heard of. On QDR I first heard Weather Report’s “Heavy Weather” and Bob Marley’s “I Shot the Sheriff.” You would not be hearing any reggae or jazz fusion on WCLN.

I have always lived in search of the next album, or book, or movie to sustain me. In my ragged adolescence, books and movies weren’t nearly as important to me as music, and though I dearly loved the soul music I first heard on AM radio, the introduction of FM radio was for us rural North Carolinians akin to the arrival of the Internet: It connected us to the rest of the world. Suddenly, we were listening to the same songs, at the same time, as the cool kids up in Chapel Hill. By the time QDR switched from album-oriented rock to country in 1984, I was up in Chapel Hill trying to be one of those cool kids myself. I was way too cool to listen to QDR over, say, WXYC, the campus station, which, if the right (or wrong) person was DJ’ing, would play 20 minutes of Apache war chants simply because they could.

Our FM converter didn’t last long; it ended up getting stolen from the Gran Torino in the Clinton High parking lot. But by that time, new cars came equipped with FM radio, and WQDR was everywhere. All you had to do was idle at a stoplight or walk into JT’s Rec Room to hear that message in the bottle afloat on the airwaves over Fuquay-Varina and Smithfield and Newton Grove, plucked for us one cold night in January, in the back of Termite’s brother’s Dodge Dart.