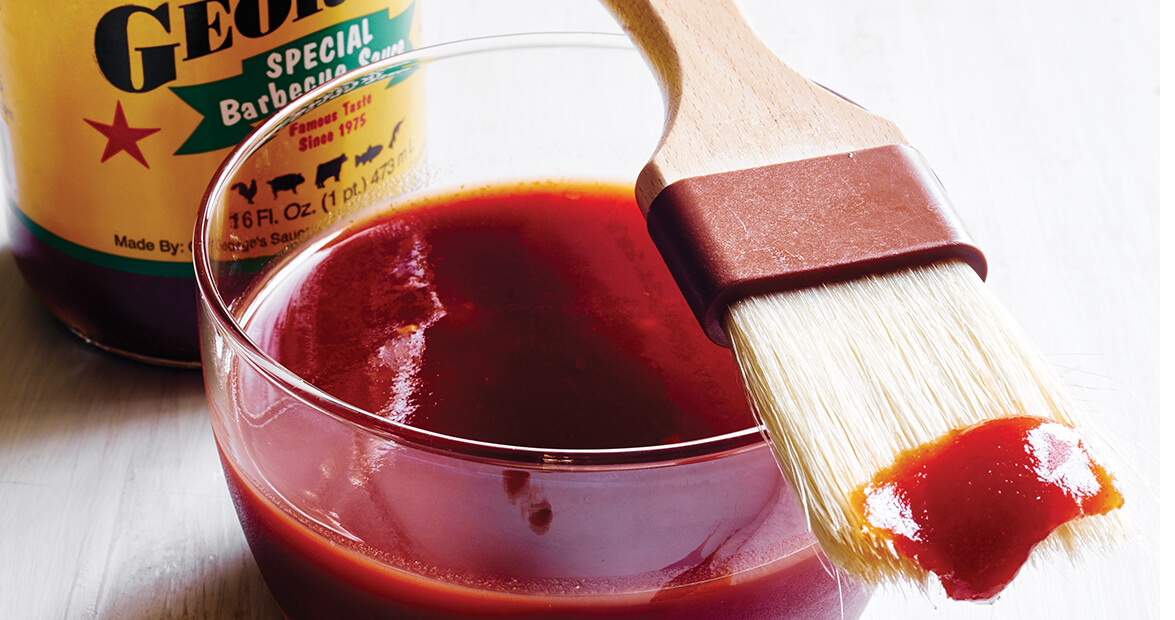 Ed Stallings couldn’t help but notice Tim and Beth Chappell. The couple drove faithfully from Nashville to Rocky Mount nearly every week to buy a gallon of the barbecue sauce Ed’s brother first made in a backyard shed.

Summer or winter, rain or shine, the Chappells were as reliable as the zesty flavor of the vinegar-based sauce George Stallings created in 1975. Ed liked to chat with them, but over time, the conversations focused on a single topic.

“Every time we’d stop by, he’d ask if we wanted to buy the business,” Beth says. “I didn’t know anything about running a sauce business. But I sure knew that what George said was true: ‘It’s good on everything except banana pudding.’”

One Monday in September 1992, Ed asked again. Tim insisted that his wife take a look at the operation and its assets — which, in addition to the recipes, included two seven-gallon stockpots and a pair of gas burners. By Friday, the deal was done.

“That weekend,” Beth says, “I learned how to make the best barbecue sauce in North Carolina.”

Tim’s commitment to the sauce is the stuff of legend. When Hurricane Bertha raged through eastern North Carolina in 1996, Beth hid in a closet. Tim remained outside, patiently dunking and grilling chicken pieces until they were lacquered. He then went inside and calmly called everyone for dinner.

“We’ve owned it now longer than George and Ed did, and we’ll never sell it,” Beth says. “Now that Ashley is running things, we know that it will stay in the family.”

She’s referring to her stepdaughter, Ashley Hassell, who left town after high school to attend the University of North Carolina Wilmington, intending to never return. But her husband’s work brought the couple back home, where they’re raising a 6-year-old daughter who loves George’s Sauces.

“Logan tells everybody she works here,” Ashley says, noting that the child sometimes answers the phone to greet surprised customers. 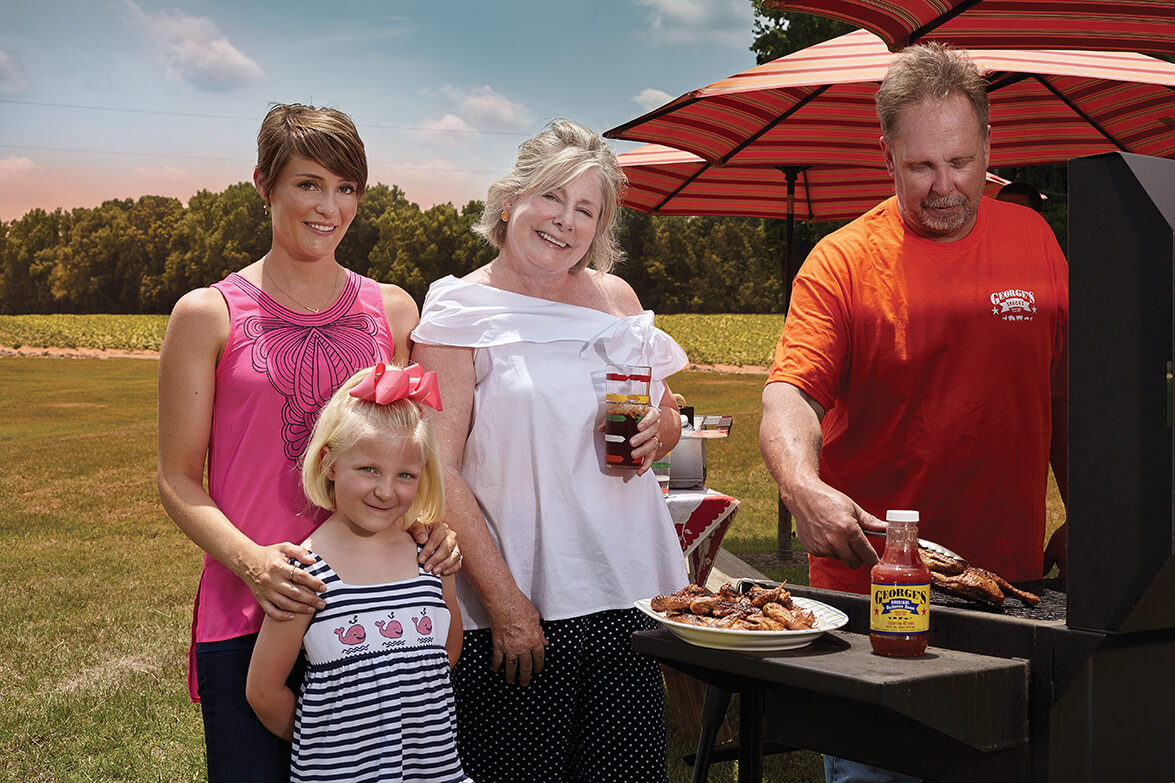 Ashley and Logan Hassell, Beth Chappell, and John Short demonstrate the ideal way to enjoy George’s Sauces: outside, at a family cookout. photograph by johnny autry

About 4,000 bottles of George’s Sauces are made daily in the production room just steps from Ashley’s desk. Only three people know the recipes: Beth, Ashley, and Beth’s cousin, John Short, who manages production.

A chalkboard on a wall of the large warehouse is used to keep track of pending orders. During the summer grilling season, the space sits mostly empty, with truckers claiming cases of sauce still warm from being pumped into glass bottles and plastic gallon jugs.

The sauce’s appeal extends well beyond the borders of the Old North State. Teddy Gay first tasted barbecue cooked with George’s Original when he was living in Virginia Beach, Virginia. It was a secret ingredient at the restaurant where he became smitten, but he now proudly gives it due credit at his own Teddy’s Place in Westville, New Jersey.

“It’s a big part of why I decided to open my own barbecue place,” Gay says. “We cook with it and serve it in a cup on the side as a dipping sauce. People love it so much, they suck it off their fingers.”

“That great sauce has helped fund our ministry for 19 years,” says David Brantley, who oversees the church’s biannual events. “People can’t believe it’s a sauce you can buy right off the shelf.”

Randy Stallings of Wake Forest not only remembers the first time he tasted it; he even kept the bottle.

“George Stallings was my uncle. When he first started selling it, he gave me a jar for Christmas when I was in high school — and told me it was the only one I’d ever get for free,” says Stallings, laughing. “I do buy it all the time at the grocery store, and now I give it to people for Christmas. I’m proud to tell them my uncle invented it.”

Stallings credits the sauce’s enduring success to its ability to boost the flavor of much more than meat. “I use it on my collards instead of plain vinegar,” he says. “I can’t eat them any other way.”

George’s Sauce employees drizzle it on most everything they eat. “It’s good on popcorn,” says Lisa Collins, as she stirs a long paddle in an 80-gallon vat. “Add a little molasses to Special sauce and pour it over a beef roast in the slow cooker. I just keep thinking of more ways to use it.”

Beth Chappell blends a spoonful of prepared horseradish into George’s Special to make cocktail sauce. Adding marmalade or your favorite jam will create an irresistible ham glaze. Fans plead for such variations to be bottled, but she politely declines.

“I’d rather just tell them how to make it themselves,” she says. “We’re old-school. It was George’s original recipes that led us to buy the company, and it’s what’s kept it going and growing for 40 years. I’m not messing with that.”