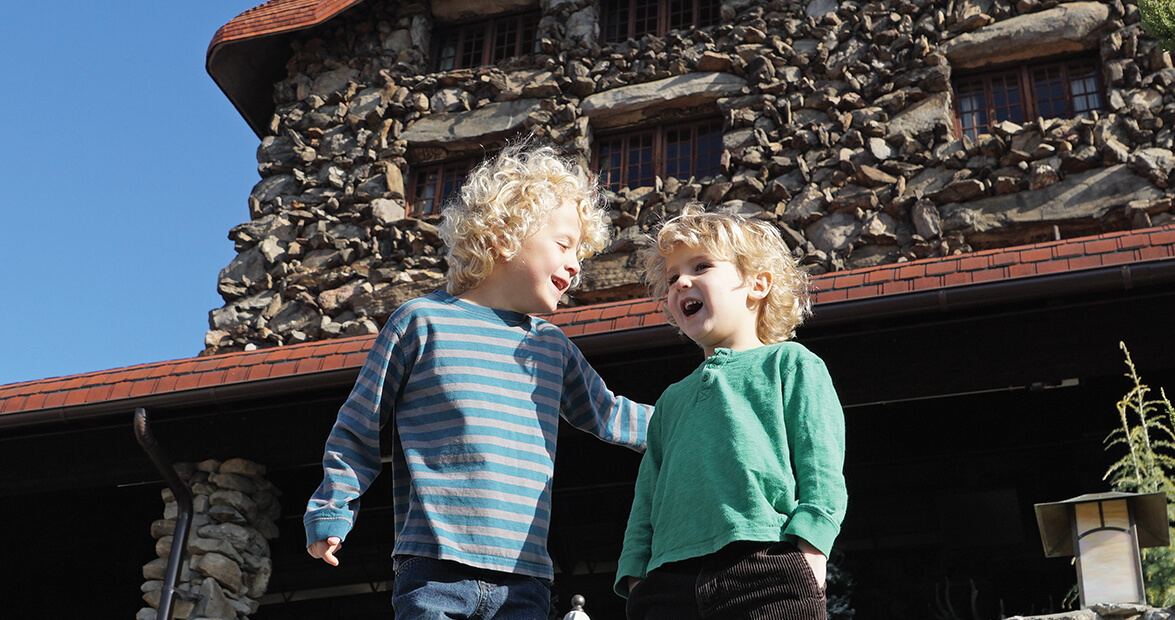 Last Christmas was magical, of course, twinkling with string lights and tinsel and possibility — but it was also brutish and maddening, owing mainly to my two boys dancing like sugarplum fairies across the barely demilitarized zone between naughty and nice. But let’s cut them a bit of slack: The holiday season runs, at best, from the Friday after Thanksgiving into the new year, and the whole thing is shot through with wild, battery-powered expectation and a naked hope that tends, if you’re their age, far more toward the capitalist than the spiritual. Yes, I tried to sit them down to think about the world at the bottom of the year, but who was I kidding? It was all I could do to explain why we’d go shopping for their mother, as opposed to for them. See me in the dress section of a fancy store, begging them to stand still. See me trying to explain to The Toad, then 6, why his mother might not want a drone. See me threatening to call Santa, right then and there.

“And do you even know his number?” asked The Wee, who was 3.

But we made it. We made it through the countdown of the Advent calendar, through our formal Christmas Eve dinner (Cuban pork and black beans), through a Christmas morning that saw the boys unwrap what they’d call high-fliers — remote-controlled mini-helicopters that sense where the ceiling is and float gently back to earth. We made it, even, through the little one taking his high-flier outside, where there is no ceiling, and watching it fly off into the North Carolina sky forever and ever. We made it to Asheville, for a second Christmas with the boys’ grandmother, and to The Omni Grove Park Inn, where we took two exhausted, present-shocked boys to the National Gingerbread House Competition — on purpose.

And then my wife and I — also exhausted and present-shocked — proceeded to, as she puts it, “Scream their faces off and put them in 16 time-outs between Hallway A and Hallway B.” No, no, I tell her now, as I write this: We threatened them gently and with love, since one does not scream at the Grove Park, and the hallways are surely named something like Magnolia and Dogwood. What is true is that we herded our cats past dozens of gingerbread houses that, by rule, are made only of edibles (not even lollipop sticks are allowed), and that they touched almost none of them. They posed for zero pictures for this year’s Christmas card beneath the many splendored Christmas trees. They treated each other with no charity whatsoever. They whined and moaned. Few fellow gingerbread-viewers stopped to speak to the adorableness of these boys.

However: Every now and then, in the true spirit of the season, they quit being awful, or tired, or children, and instead simply gaped at those cookie houses. Is everything, they wanted to know, really made of dessert? Yes, we told them, and when they asked how, we said: icing and magic, like everything this time of year. We made it through, and no one asked to secede from the family more than once, and we landed in the Great Hall, in front of a fireplace roaring with logs each taller than either of my boys. “What’s over there?” The Toad asked, meaning a 10-by-10-foot gingerbread house near the terrace. The answer: hot chocolate.

Which is how we talked them into going outside into a stiff mountain wind and a face-biting cold to run off the entirety of the season, and then land in front of the fire with a steaming mug apiece. They sat in rocking chairs, sipping and staring at the flames, and they were quiet. They were still. They were sated, for the moment, and happy, and there is not much more you can ask of a child during the holidays. I’ll forget this time and again, but I hope that when I do, I’ll soon recall those boys, those chairs, that fire. Gingerbread houses held barely together — and kids, too.