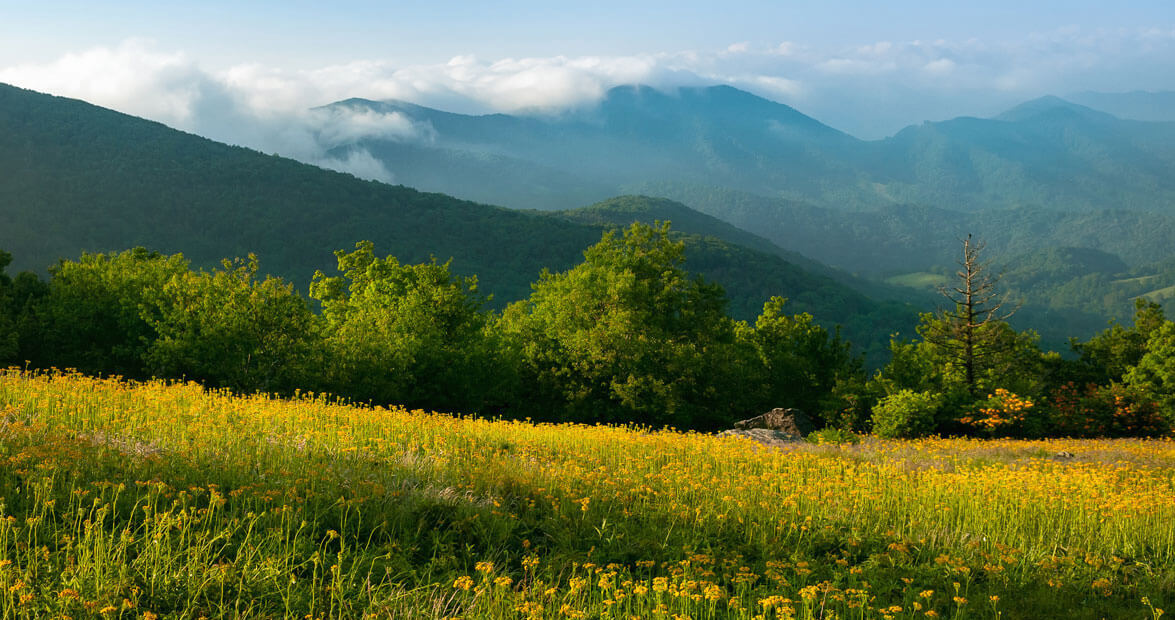 We took you because we wanted you to see, to hear, to feel. To jump off that boulder in the North Fork of the French Broad and then stare back at us, eyes wide and full of shocked, frigid knowledge. To climb aboard a seaplane, for real life, as one of you said, and imagine what it would be like to look down at the land sliding past, at the rivers meeting the sea. To open a train window or stand on the deck of a ferry and put your hands — or your faces — into the wind.

We needed you to feel lost, to be lost with us. To follow the blazes until we couldn’t quite follow them any longer, to trust first the old dog and then the new dog to help us find our way back. To trust a dog. To understand what it is to hike along a ridgeline that’s not quite dangerous, not really, but where it matters that you pay attention all the same. To hike to a bald where we could look down at the hawks and buzzards circling below. To catch hold of the notion that, soon enough, all of this might belong to you.

We took you to state lines to teach you about here and there, about boundaries and demarcations and the names we try to put to things. We took you to state fairs to teach you about rides and fried food and the wobbly feeling of riding back home along a dusky interstate, the headlights of oncoming cars blinking through the median. We took you to museums and libraries to show you — prove to you — that there was quiet in the world. We took you back home so you could show us that there wasn’t, not really, not until you fell asleep. My God, how we loved bedtime. You both slept, each of you, like you’d fallen from some great height. Most nights, you had.

We took you to the edge of the ocean and lied, promised you’d be safe, that everything would be fine. What was it that you two named the water past the first set of breakers? Barely Scary. Can we go out to Barely Scary? And each year we did, in a raft I spent an hour blowing up, just like my own dad did for me — the inescapable, asphyxiating ritual of fatherhood. Out we went in that damn raft, and we only tipped a few times, enough times to teach you the difference between in the boat and not, enough times to teach me the difference between fun and fear. 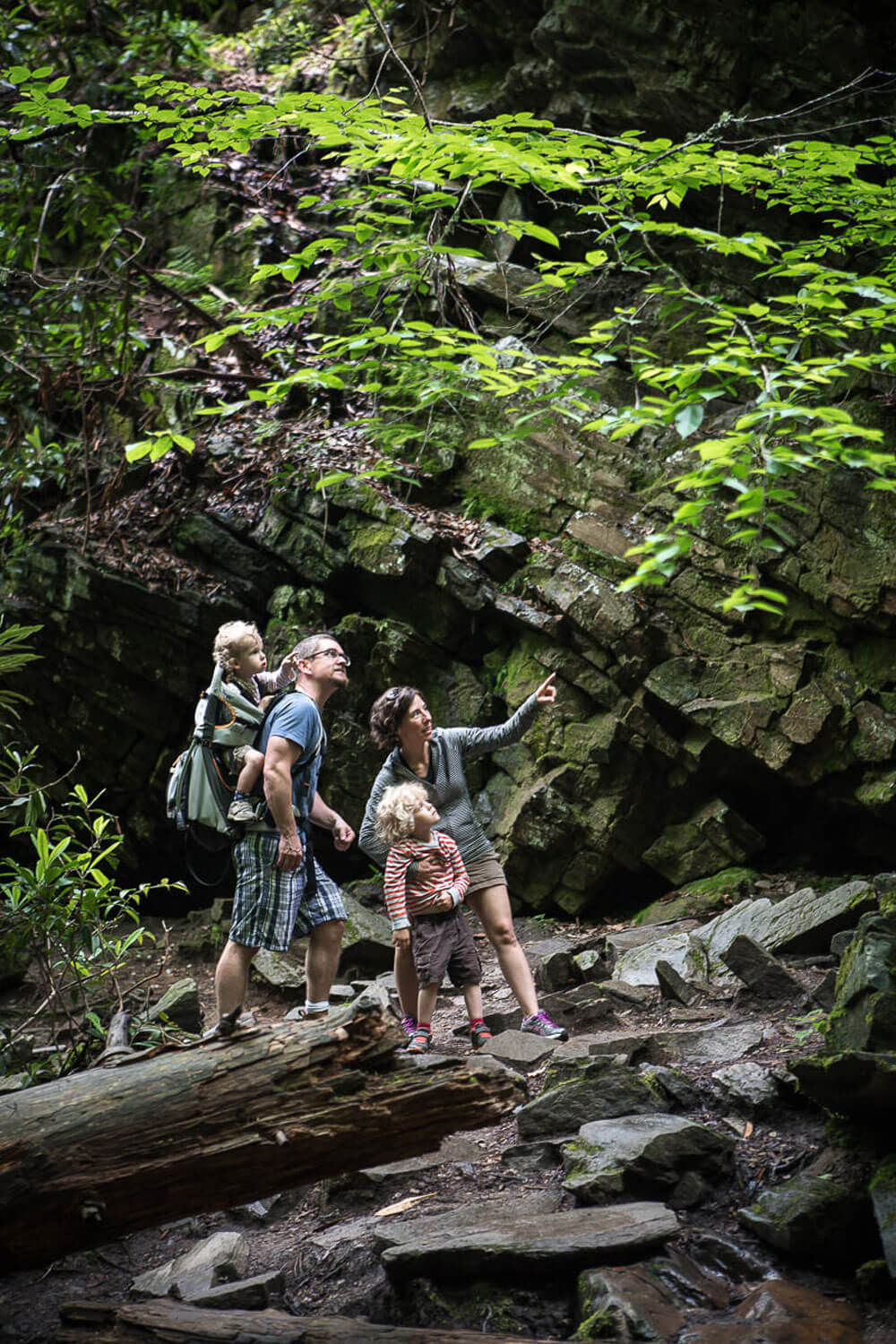 The writer and his wife, Tita Ramirez, show their young sons the most beautiful spots in North Carolina, including Mingo Falls in Cherokee. photograph by Nick Burchell

We stood in the waves and helped you surf, helped as much as we could, told you the trick was just to believe you could do it, on your knees first and then standing, as though anything were that simple. We let the waves roll you, send you under, and when we needed to, we lifted you, sputtering, back above the surface. That green-black feeling of not knowing which way is up, salt in your nose, heart hammering — that we couldn’t teach you. We had to let you find that, and find what to do with it, by yourselves.

We took you to fields and cut you loose. We showed you bats and lightning bugs. Taught you how to look for Orion — Hey, Daddy, it’s that guy! We tried to show you truly dark night skies. We let you climb trees, let you climb far higher than we should have. You taught yourselves to ride bikes, paddle kayaks. We sat at the edge of a dock on some mountain lake and fought about whether we were letting you paddle too far. I can swim out there if there’s a problem, I told your mother. Not in time, she said — which was right, of course.

We let you go, we let you go, we learned to try to let you go. Only a little at first: around the bend in the trail, up the beach a ways. Into the woods. Around the block on your bikes. Down the big hill on the sled — by yourselves. We traveled with a first aid kit and needed it all the time, congratulated ourselves over cocktails for letting you get far enough into trouble to require taping and bandaging.

We hoped, I guess, that we might raise you to do the same — to take your own dogs and kids, if you want them, out into the world. To wash their wounds. To teach them, in turn, to take care and become familiar. We wanted you, most of all, to remember. To understand what inheritance means. How to live here, in this place, this heirloom earth. To know — to really know — what it means to say you’re from somewhere, and what it means to call a place home.