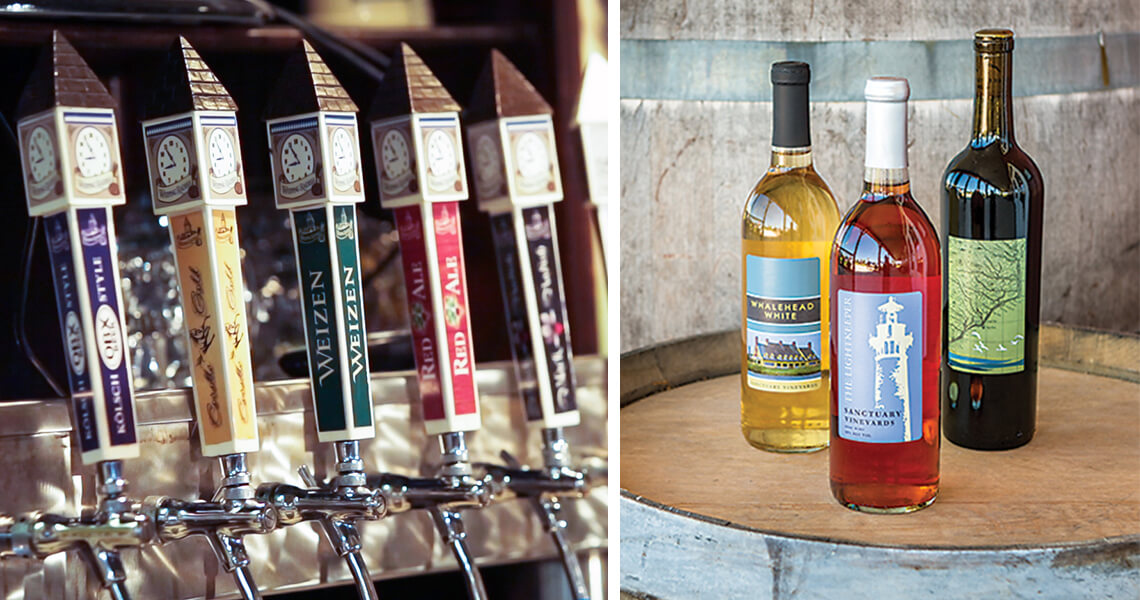 In North Carolina’s northern Outer Banks, you’ll find plenty of spirits … no, not the spooky kind (although, who knows, those might be around, too) — Currituck County is home to homegrown hops and vines. There are hundreds of breweries and wineries across the state, but Weeping Radish Farm Brewery and Sanctuary Vineyards will inspire you to take a trip to the coast.

On your next visit, sip and stay awhile with the beer pioneer and the grape whisperer of Currituck County.

In 1985, Uli Bennewitz purchased equipment from a German microbrewer and imported it to Manteo, North Carolina, with plans to start brewing beer.

Bennewitz, who grew up in Bavaria and came to the United States on a visa to manage corn, wheat, and cotton farms, had no idea that alcohol production was subject to strict regulations — he had never even heard of Alcohol Beverage Control — and was shocked to learn that it was illegal to open a brewery in North Carolina.

“The people at ABC were quite nice when I went to talk to them and suggested that we change the law,” he recalls. 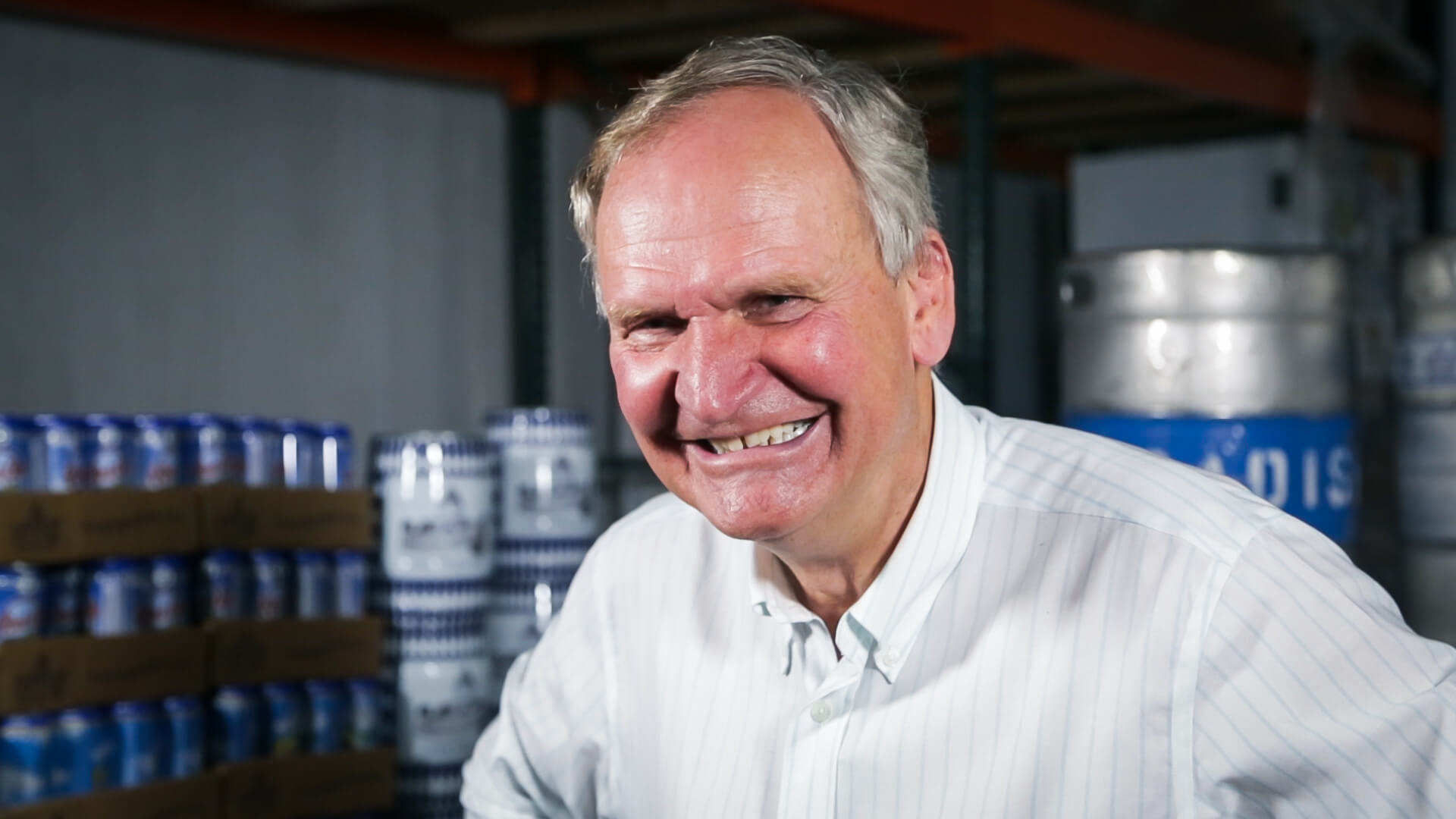 Uli Bennewitz was instrumental in legalizing brewpubs in North Carolina. photograph by Currituck County Department of Travel and Tourism

So they did: Bennewitz drafted Senate Bill 1985-596, a law to legalize brewpubs in North Carolina, with the help of his contacts at ABC. After the law passed, he opened Weeping Radish Farm Brewery, the first microbrewery in the state; the law also paved the way for the booming microbrewing industry.

“I never set out to revolutionize anything,” he admits. “It was a crazy idea that took off.”

All of the Weeping Radish microbrews are made according to an old-fashioned German law, the Reinheitsgebot Purity Law of 1516, which states that beer must be brewed using just four ingredients: hops, malt, yeast, and water. Bennewitz brews 20-barrel batches of beers like OBX Kolsch, Corolla Gold lager, Black Radish German Lager, and Maibock. 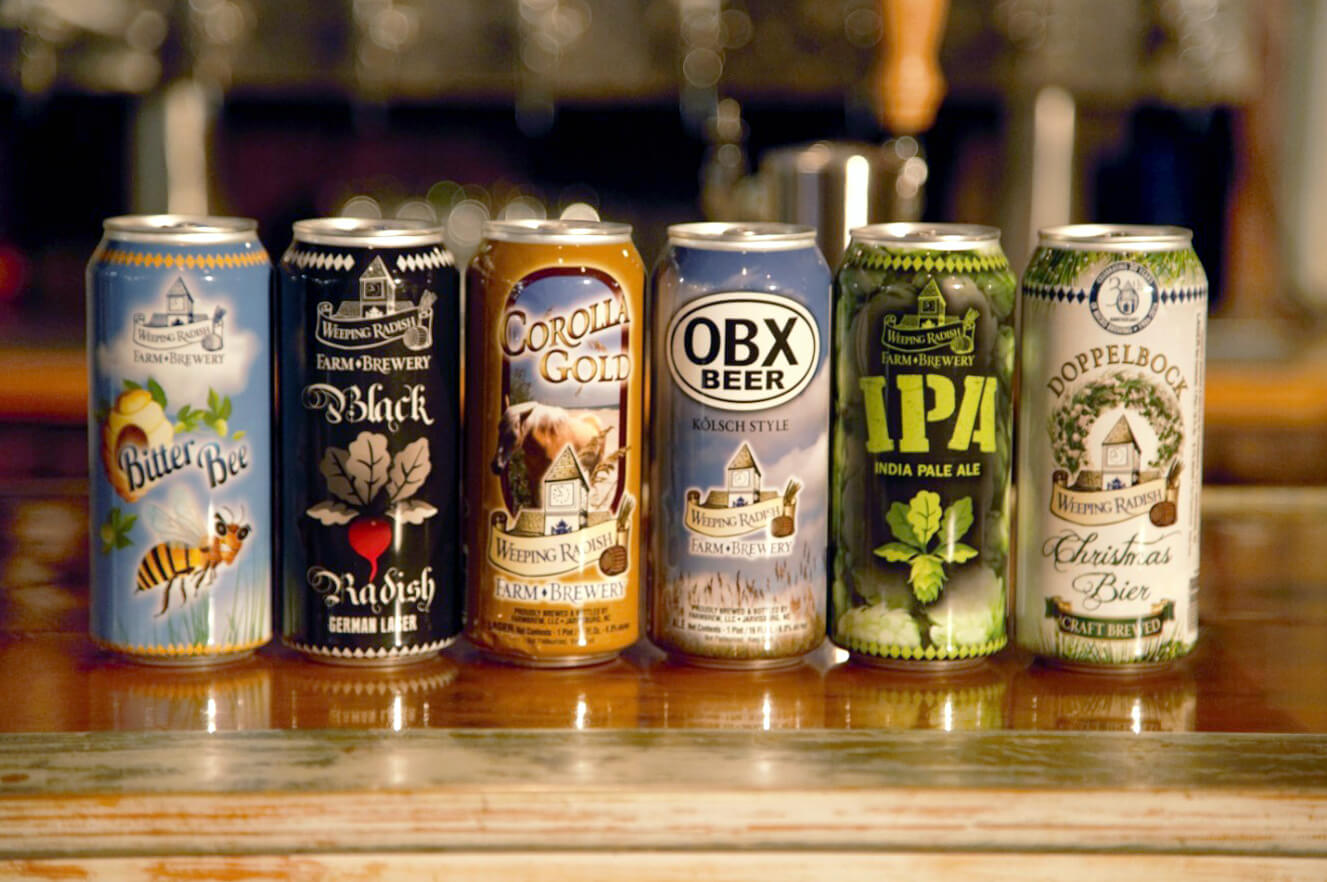 All of the Weeping Radish microbrews are made according to an old-fashioned German law, which states that beer must be brewed using just four ingredients. photograph by Currituck County Department of Travel and Tourism

The brewery also operates a farm-to-table restaurant that serves up traditional brewpub fare (with a German influence, of course), including a schnitzel sandwich, three-sausage sampler, and fresh-baked soft pretzels served with beer cheese. The sweet potato liverwurst crostini, featured on Diners, Drive-Ins and Dives, is a popular choice, too.

During tours of the microbrewery, Bennewitz explains the brewing process and highlights how a farm brewery contributes to resilient local food systems. Last year, Bennewitz started growing barley to use in Weeping Radish beers and is now producing “farm-to-foam” brews that provide an even deeper connection to local flavors.

Thanks to its location on Caratoke Highway, the brewery is a popular spot for visitors to stock up on beer and barbecue fixin’s for their stay on the Outer Banks.

“We had no idea what to expect when we started,” he admits. “Now we feel like our concept is spot on.”

Although John Wright is a seventh-generation farmer, the land where he grew up was planted in cotton, potatoes, and soybeans — not grapevines. Still, he wanted to start a vineyard.

Wright did extensive research about grape varieties that would grow well in the harsh coastal climate and discovered that countries like Spain, Greece, and Croatia, all home to thriving wine regions, had similar growing conditions. So Wright took a risk and planted the first vines in 2001.

Rather than planting muscadine grapes, which are commonly grown out east in North Carolina, Wright chose vinifera varieties that are found in the wine regions of California and Europe. 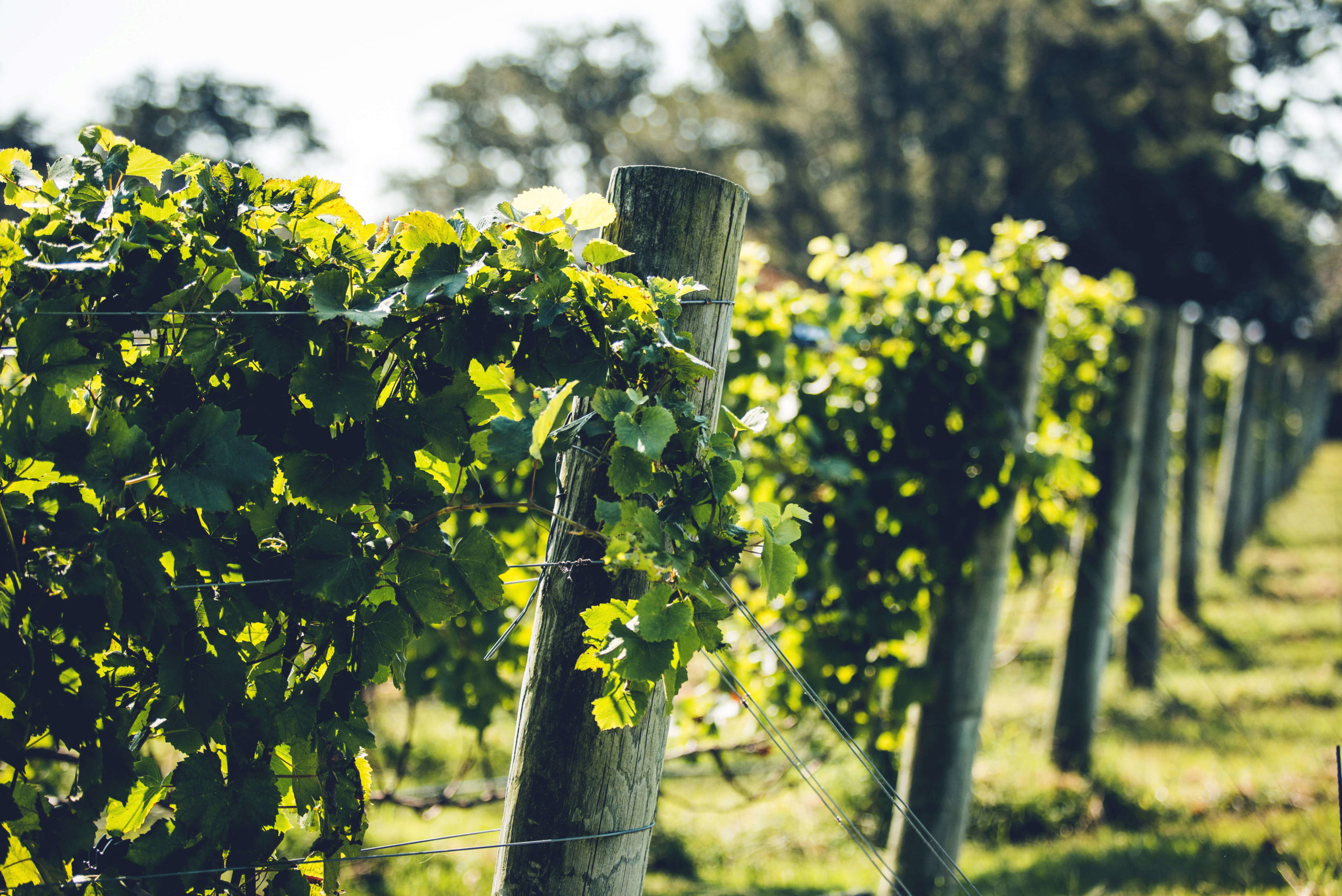 Rather than planting muscadine grapes, Wright chose vinifera varieties that are found in the wine regions of California and Europe. photograph by Currituck County Department of Travel and Tourism

Wright discovered that uncommon varieties like Albariño, Tannat, and Petit Manseng were well suited to the sandy soils with rich shell deposits that dominated the landscape. Over time, he grew Sanctuary Vineyards into a 28-acre vinifera vineyard that produces grapes for Chardonnay, Pinot Gris, and Syrah/Shiraz just three miles from the Atlantic Ocean.

“A lot of folks are embracing foodie culture,” Wright says. “Our strongest selling point is that our red and white wines are good for pairing.”

As vineyard manager, Wright is responsible for overseeing the care of the vines. The coastal location influences all aspects of the operation. In addition to choosing names like Whalehead White, Shipwreck, and The Lightkeeper, Wright uses the crushed shells from oysters as mulch around the vines and follows biodynamic principles (and no pesticides) to protect local waterways.

Although Sanctuary Vineyards has earned numerous accolades, including the Wine Grower of Excellence and Best of the Beach/Best Winery awards, visitors are often surprised to find a vineyard in Jarvisburg — and even more shocked to taste dry wines.

“Often, people are experiencing North Carolina wines for the first time in our tasting room,” Wright says. “We are always thinking of ways to better vineyard production and get our dry wines to stand out to elevate the perception of North Carolina wines.