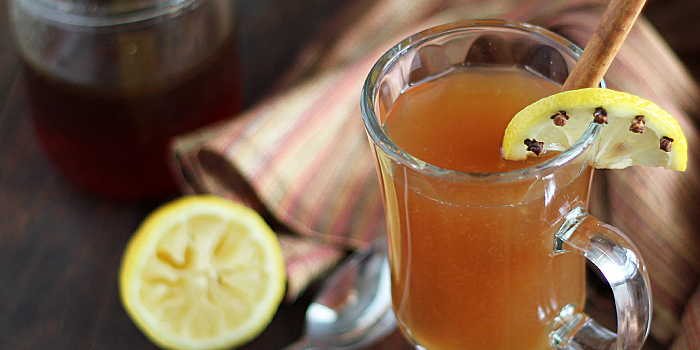 Without fail, every winter I seem to come down with a horrific sinus infection. Slowly I’ve come to terms with this and I’ve grown to accept the inevitable. I’ve heard my mama in years past speak of my great-grandmother’s (we called her “Grandmammy”) “Hot Toddies,” which she used to sip on when she was sick with a cold. When the sinus infection hit last year, I decided to do some research on this “natural cold remedy” that so many North Carolinians swear by. 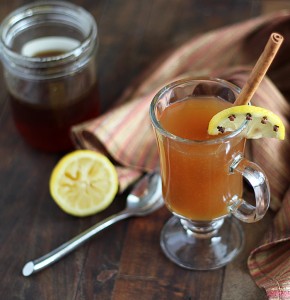 I learned that the Hot Toddy is believed to have originated in Scotland in the 1700s. There are many theories as to its origin and it still remains an overall mystery. There is no one definitive recipe for the Hot Toddy and it can be prepared several different ways. I’m sure if you ask anyone how they make it, you’ll get a different response every time. Some people use hot water and others use herbal tea or cider. I choose to make my Hot Toddy with herbal tea for its aroma and the herbal healing properties. The liquor used can be bourbon, whiskey or rum. I like to use a Carolina-based whiskey such as Topo or Defiant (read more below), staying true to my Carolinian roots.

I can understand why so many old-timers swear by the Hot Toddy’s medicinal properties. I don’t know if it was the whiskey, but this warm, spicy cocktail seemed to ease the aches and chills.

Do you have an old family or favorite recipe for a Hot Toddy? I’d love to hear your recipe or memories of this classic cocktail in the comments below!

Amy Brinkley lives in Morehead City and is the writer and photographer of the food blog, The Blond Cook. Amy’s cooking style is influenced by her small town roots and love of Southern comfort food.
— 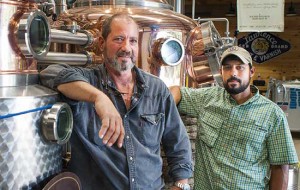 A deep-sea diver trusted his instincts, moved to the bottom of a Blue Ridge valley, and launched a distillery. Now he’s revolutionizing how whisky is made.

The first batch of his whisky, which he named Defiant, hit shelves on December 12, 2012. Now, ABC stores sell out of the drink frequently. The whisky won a silver medal in the 2013 Artisan Distillers Taste Challenge. Greensboro Coliseum named Defiant its premier spirit. Everyone seems to want a sip.