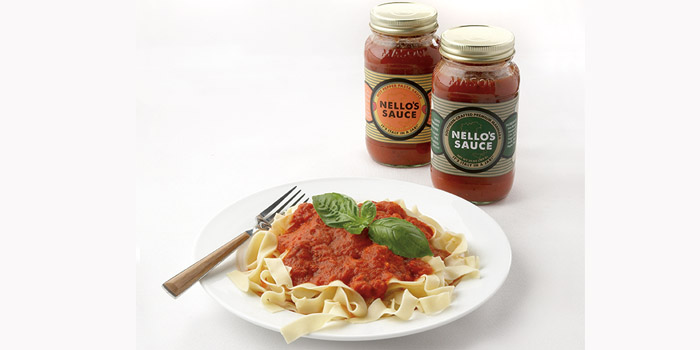 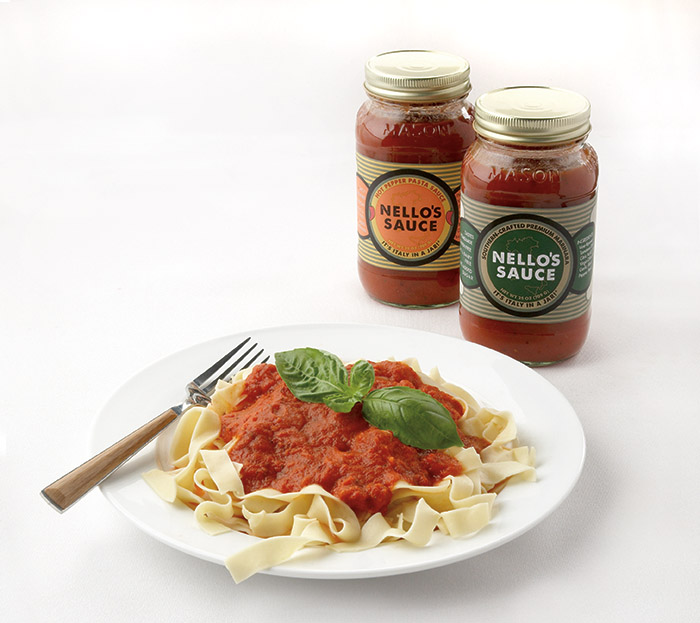 Tomato Topper
You can take Neal McTighe out of Italy, but you can’t take Italy out of Neal “Nello” McTighe — or his tomato sauce. The Raleigh entrepreneur is the father of Nello’s Sauce, which promises “Italy in a jar.” A lofty claim, but Nello has the roots to back it up. “I have beautiful memories of my great-grandmother, who came over from Italy when she was 16,” he says. Fast-forward to 2010, when, inspired by meals made by his great-grandmother, Nello and his future wife, Heather, “spent the whole afternoon in the kitchen experimenting, recipe after recipe. From that point on,” he says, “it all came together.” Among Nello’s three flavors — marinara, hot pepper, and Piedmont Pomodoro — the common denominator is the whole plum tomato. Nello’s goes through about 10,000 pounds of them every month. “The result is something that’s in a jar, but there’s nothing jarred about the flavor,” Nello says. “It’s something I think my great-grandmother would be very proud of.”

Southern Meets Italian
Her heritage is Italian, but her home is in Durham. Which explains how Carmella Alvaro, owner of Melina’s Fresh Pasta, concocted such Southern-inspired pastas as Country Ham & Collards Ravioli, Pimento Cheese Ravioli, and Sweet Potato Ravioli. “I really enjoy the food traditions of the South, so I decided to blend Italian and Southern food traditions,” says Alvaro, who began Melina’s in 2010, after traveling to Bologna, Italy, to learn to make pasta by hand. “When I came back, I thought it would be fun to teach others how to make pasta by hand, and to sell my pasta at the farmers market,” she says. “The first weekend, I sold out in an hour.” She began with traditional fresh pastas and quickly expanded. Alvaro also teaches monthly pasta-making classes. “We make pasta dough and ravioli,” she says, “and then we eat everything we make. It’s so much fun.”

Jimmy Tomlin lives in Greensboro and is an award-winning writer for the High Point Enterprise. Find his archived stories here.