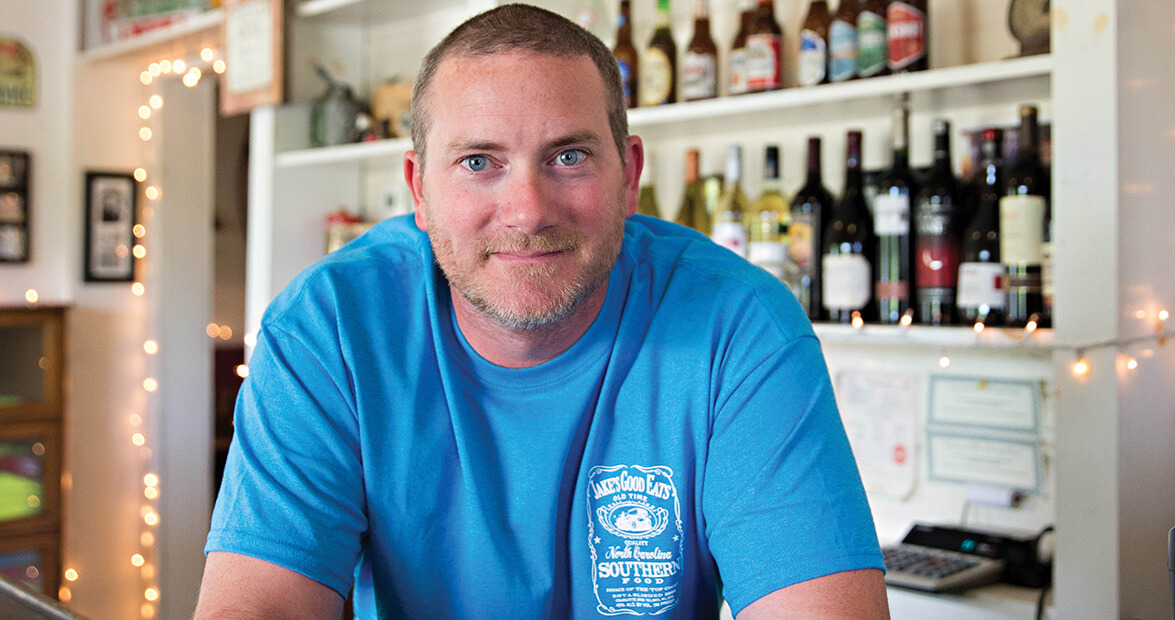 For decades, a 1930s Gulf service station was a convenient stop for travelers along Charlotte’s Albemarle Road. Since being converted into Jake’s Good Eats, it offers a different kind of fuel.

Owner Jacob Stegall had a connection with the building before he realized it — he went to elementary school up the road. Armed with a passion for food, he spent years cooking at restaurants in Boone and Wilmington before returning to Charlotte. He was running a catering service from a pull-behind trailer when he rediscovered the vacant Gulf station. Stegall knew its homey feel was perfect for what he had in mind.

The restaurant opened in June 2008. To Stegall’s delight, many customers recognized items from the station that survived the transition. The vintage Coca-Cola machine is often a source of conversation — one man told Stegall he remembers coming to the station to get a Coke and a pickle with his grandfather.

“That’s how I want to keep it,” Stegall says. “I want people to feel like they’re coming home. Whether they’re in a suit and tie or shorts and flip-flops, I want people to be comfortable.” 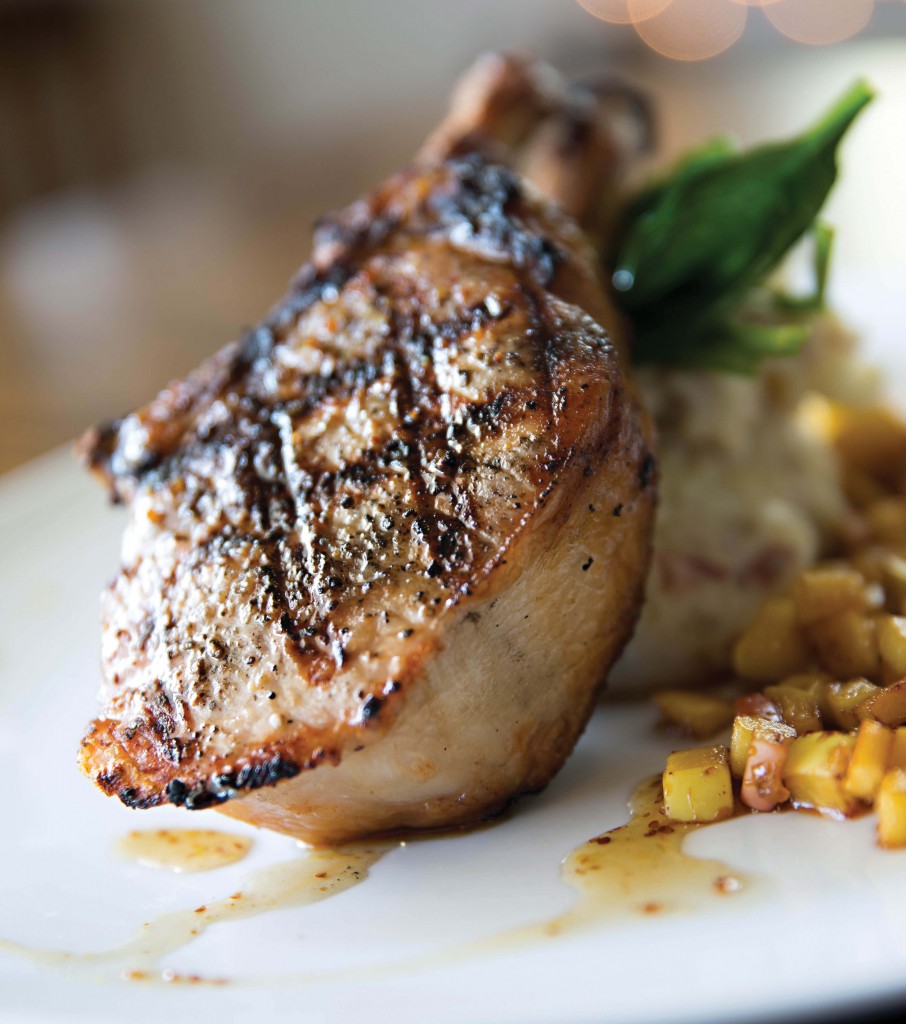 Stegall’s small-yet-solid menu contains Southern dishes with a twist — his blackened flounder with crawfish sauce and maple-glazed bone-in pork chop were among the items featured when the restaurant appeared on Food Network’s Diners, Drive-Ins and Dives in 2010. His mother, Jean, makes most of the desserts, and people come from miles away for her peanut butter pie.

But regulars know that Jake’s Good Eats is about more than the food. Hospitality and nostalgia take the restaurant a step above roadside must-try — for them, it’s home.