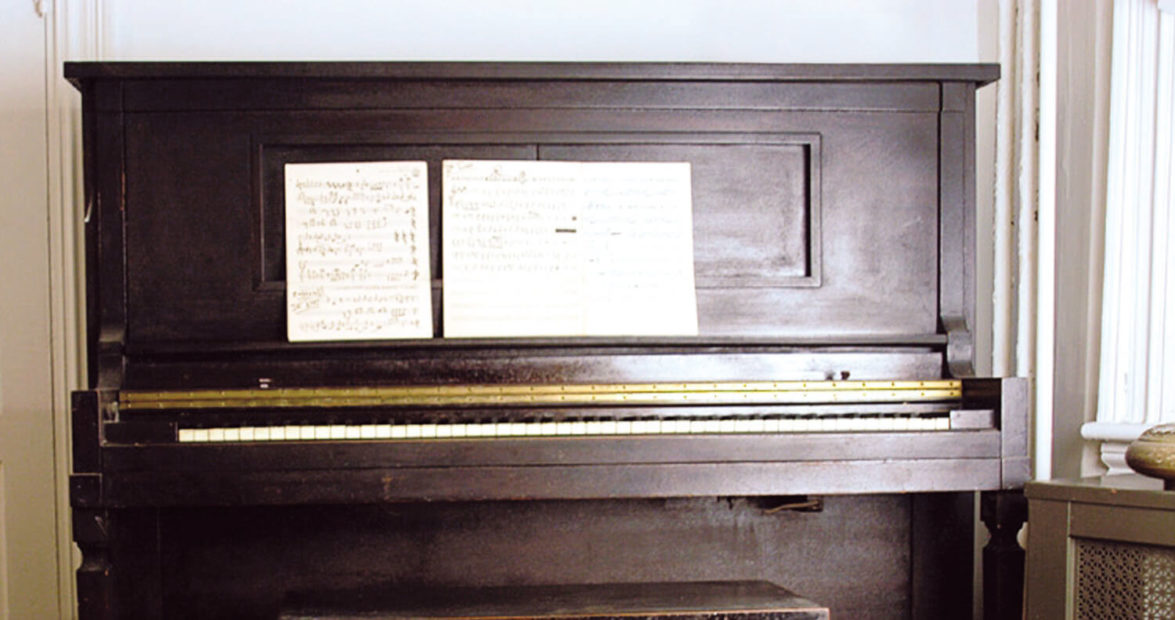 Jazz musician John Coltrane (1926-1967) was known for his skill as a saxophone player, but he was also a gifted composer. He did most of his composition work using not the instrument that made him famous but a piano — this piano, in fact, at least during his youth in High Point and his early career years in Philadelphia, Pennsylvania.

The piano itself is unremarkable; it’s simply an upright player piano from the early 20th century. “What makes it special is who owned it,” explains High Point Museum Curator Jennifer Burns. And while it doesn’t have Coltrane’s name on it, he did make his mark — writing in ink on the ivory keys that were out of tune or sticking.

Where did it come from?

The piano belonged to Coltrane’s mother, Alice, and was a centerpiece of their home on Underhill Street. Although it was a player piano, the instrument was mostly used as a standard piano by the Coltranes, particularly when John was studying composition in high school. The family and the piano moved to Philadelphia in 1943. Mother and son continued to play it, with John gathering musicians around it for rehearsals and jam sessions.

Where is it now?

Alice Coltrane willed the piano to her niece, Mary; somehow, this family heirloom eventually ended up on the auction block. After a combination live/online auction failed to determine a buyer, the auction house approached the High Point Museum, believing Coltrane’s hometown was the best place for this piece of jazz history. Community donations to the museum last year made it possible to bring the instrument to North Carolina, fund a restoration, and put the piano on permanent display.