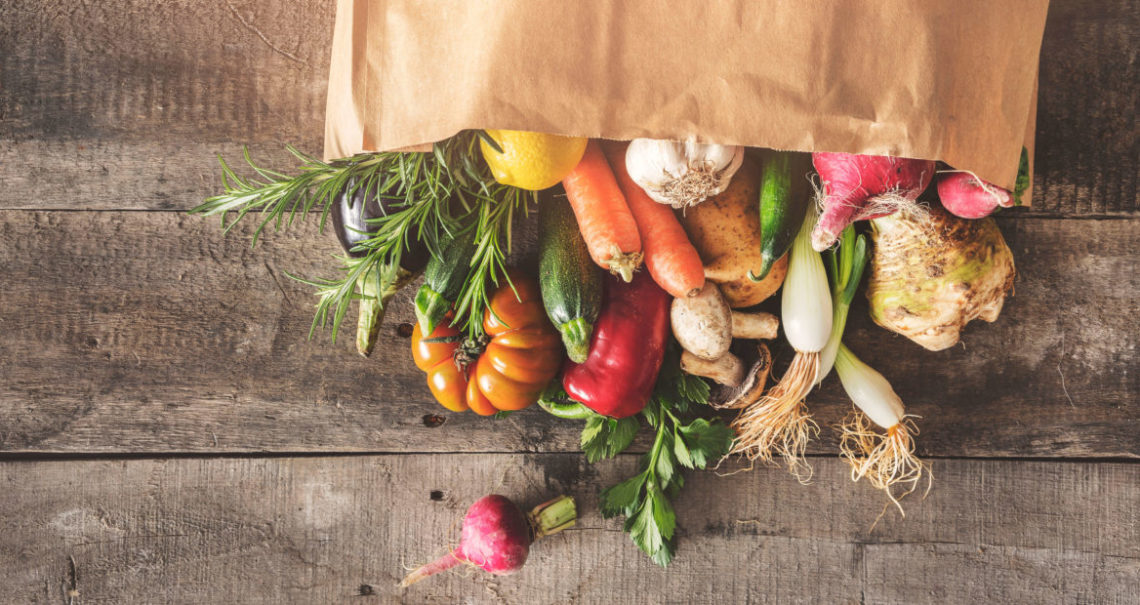 A prerequisite for finding a real country store is driving down a real country road, and N.C. Highway 37 has all the appropriate attributes. Just outside Hertford, passing into small and then smaller communities like Winfall and Belvidere, I pass cornfields and gardens, historic farmhouses and horse pens, split-log fences, country churches, family cemeteries, circling turkey vultures, and secluded creeks that wind back through thick stands of forest.

This country road leads me right to Layden’s Country Store, an old white clapboard building with a tin roof in Belvidere, a small unincorporated community in Perquimans County. Several pickup trucks are scattered around the gas pumps in the puddle-filled parking lot, and men in tractor caps are hanging about. An old woman sits on the bench by the door, maybe waiting, maybe just sitting, and a man in overalls holds the creaky antique door for me.

Inside, proprietor Doug Layden greets each person in line at the wooden counter by name. The customers know each other, and it appears that some might be there as much for the friendly conversation as for the supper fixings. The smoky smell of cured pork hangs in the air.

I follow my nose to the back, shuffling my shoes on the soft wooden floor, past the shoulder-high shelves stocked with flour and cereal and marshmallow fluff and canned tomatoes, to the butcher shop, where cured hams and sides of meat are hanging from twine on the wall next to the butcher counter.

A customer at the butcher counter asks for country ham. Charlie Layden, Doug’s son, wearing his stained white butcher’s apron, selects a whole ham off the wall, runs off a few slabs in the meat slicer, wraps them up, and sends the customer on his way: “Next time bring a cart, and I’ll fill it up for you!” The other customers laugh.

Layden’s Country Store is a neighborhood market for the people of Belvidere and Winfall, a place to get local produce, groceries, and staple goods, but it’s known far and wide for its butcher shop. People come from all over eastern North Carolina and southeast Virginia for Layden’s famous country hams, bacon, and hand-stuffed sausages. They come for just-picked vegetables and fruits, local honey, country molasses, and hunks of Wisconsin cheddar — hoop cheese — that’s aged in the store at room temperature, never in the refrigerator. Some come for the $1 bags of seasoning meat, corned pig’s ears, hog jowls, pig’s feet, and cured pig tails — things that remind them of what it was like in the old days in the country.

The store was built in 1860 by a Quaker builder, Josiah Nicholson, who built most of the old homes in Belvidere. It was originally a general store, post office, and blacksmith shop. Charles Layden bought it in 1952 and moved his butcher shop, which he had been operating across the street for several years, into the building. Layden sold his own chickens and pigs and bought game from local hunters. He added the supermarket later. The large Layden family lived in the big white house next to their supermarket, and the entire family worked in the store. Mittie Jean Layden, Charles’s wife and Doug’s mother, had the perfect vantage point to keep a watchful eye on the store from her home.

Doug remembers that, when he was young, most customers bartered for their groceries, bringing his father country eggs and hand-churned butter in exchange for flour, sugar, coffee, and other things that they didn’t grow or raise on their own farms. As a young boy, Doug’s job was to sit in the back room and weigh the eggs and sort them into small, medium, and large categories. His father drove to Norfolk each week to sell the country eggs to city people.

At 18, Doug left to go to Chowan College, saying he’d never go back to the family store. At Chowan he met Maria “Geri” Schick from Virginia Beach, married her, and brought her back to Belvidere so he could work in his father’s store. “The first thing [Geri] saw at the store was a hog’s head in a bucket,” says Doug. “She said, ‘What’s that? It’s looking at me!’” That was 33 years ago. “It goes to show that people can change. … She’s a country girl now.”

In 1986, Doug bought the store from his father, though Charles continued to work for his son. Doug and Charlie plan to do the same in a few
years.

Charlie also left Belvidere and the family business to see what else was out there in the world. He worked in grocery stores like Sam’s Club and Harris Teeter in Charlotte for 10 years but came back to Layden’s in June 2009. “It’s good to be back,” Charlie says. “Here I can talk to people and wheel and deal with the customers.”

Doug and Charlie follow what Charles taught them: Cleanliness is most important, followed by customer service. “We handle meat like we would handle it for us to eat,” says Doug. Later he says, “Dad started the character and name, and all we’ve got to do is follow what he started. We’re lucky to be able to follow his footsteps.” The Layden family has now been in the butcher business for 65 years.

There was a time when Layden’s had its own animals and slaughterhouse on site; Charles usually killed 25 hogs and 75 to 100 chickens a week. Now Doug buys local hogs, cures them, and smokes them in his father’s old smokehouse out back. The Laydens and their staff cure all the meat themselves, and they make the sausages by hand, including mild and hot country sausage, hot and dry sausage, and hard-to-find Dan Doodles, also known as hackybacks or Tom Thumbs, which is sausage cased in a pig’s stomach. The Dan Doodles, Doug says, are excellent seasoning for collards. You boil the large sausage with the greens and when the greens are done, you take the sausage out and slice it up.

For the people moving in from the North, the Laydens make Italian sausage and Polish sausage, and for the health-conscious they make turkey sausage.

Talking about being health conscious makes Doug think of a story. “Dad’s doctor once said, ‘Charles, I’m going to have to take you off pork. Come back to see me for some tests in two weeks. And bring me 10 pounds of sausage when you come.’”

Layden’s also sells turkey, chicken, deli meats, and beef. Their specialty is hand-cut meat. If you want a pork chop, rib eye, or tenderloin, they cut it for you right then.

Some people are shocked to see Layden’s hams and sides of meat hanging on the wall unrefrigerated and unwrapped. But Doug assures them, “If it’s cured well, it can stay out safely.” He explains that meat and cheese seal themselves up naturally, creating a layer that protects them from contamination.

The younger generation is not used to the type of butcher shop the Laydens operate. The older generation is used to seeing country ham and bacon curing at room temperature, but that tradition is dying out. Layden now pre-wraps some of his country ham, bacon, and cheese, specifically so the younger customers will feel comfortable buying them.

“Older ladies come right in and order exactly what they want,” says Doug. “The younger women are not familiar with ordering. They just want to pick up a package.”

“It’s a tradition for a lot of homes to have a good country sausage at Christmas,” says Doug.

They also sell about 700 country hams around Christmas.

Layden’s generally sells seven to 10 entire hoop cheeses a week throughout the year. With all those cheese boxes accumulating, Geri had the idea to make gift boxes in them. Layden’s Country Gift Boxes have become immensely popular. Packed with country ham, hoop cheese, molasses, honey, sweet potatoes, apples, oranges, and homemade coconut candy made especially for Layden’s, the boxes are most popular in December, but they have them year-round.

One time a year, in December, Doug cooks down lard in a big black pot to make cracklins. Doug lets people know ahead of time, and they line up at the door to get them on the morning that they’re ready. “People will fight over that cooked lard,” he says, so he has to ration it — only three half-pound bags per customer.

When cooking his salt-cured products like country ham and bacon, Doug says he boils them first for about 10 to 12 minutes to draw the salt out. Then he pan fries them. He boils the sausage, too, pricking it with a toothpick while it cooks, and then pan fries it.

If you want to taste the salty, smoky flavor of a real cured ham and the unmistakable flavor of fresh, hand-stuffed sausages, you’ll have to take the ride down N.C. Highway 37 yourself. Layden’s doesn’t ship its products, so you’ll have to visit in person. But that’s the beauty of this old-fashioned country store. You’ve got to ride out into the country to appreciate it.