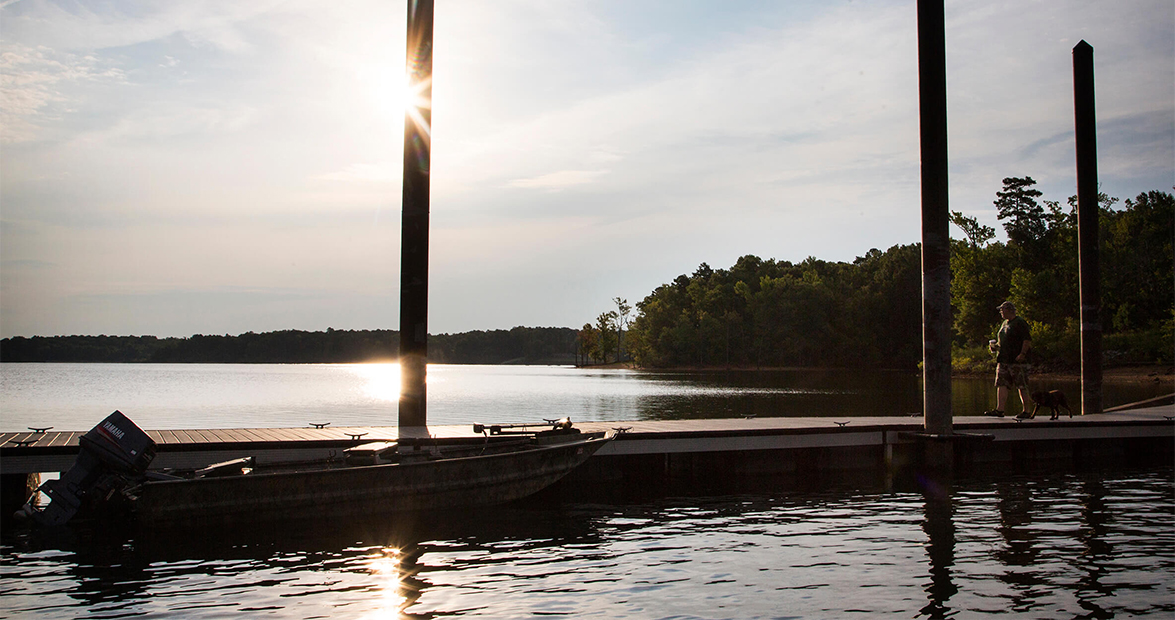 Founded in 1841, Henderson was barely 30 years old when it almost burned to the ground. A town fire destroyed the relatively new town’s original business district, but the locals quickly rallied toward reconstruction. That same year, they built Henderson’s first brick building — Pogue’s Tobacco Factory — establishing Henderson as one of the pioneer tobacco towns in North Carolina. At the time, the population was less than 2,000.

After many prominent years, the tobacco industry peaked and, soon after the millennium, petered out. Once again, Henderson had to reconstruct its identity, but the town found a way to bounce back thanks to the determination and resilience of its steadfast community. Henderson is still a small town today, with just over 15,000 residents in the most recent census. But in the past few years, Henderson has acquired a new multi-million dollar recreation center, world-class performing arts venue, library location, and farmers market, just to name a few.

This town is all about the old and the new. As you plan your visit, include these spots for the best of both.

There are squash pickles and head-on shrimp, watermelons and tomatoes, beets and potatoes, okra and corn — but not just any corn. “Burgess Farms grows the best corn you ever put in your mouth!” That’s Tracy Madigan, the market manager. She wears a bright, peach-colored hat that matches her jewelry, and a big smile. The Vance County Regional Farmer’s market is just three-years-young, but it’s been on locals’ minds for a long while. Pete Burgess — whose son is behind that famous corn — says it started as an idea over ten years ago. 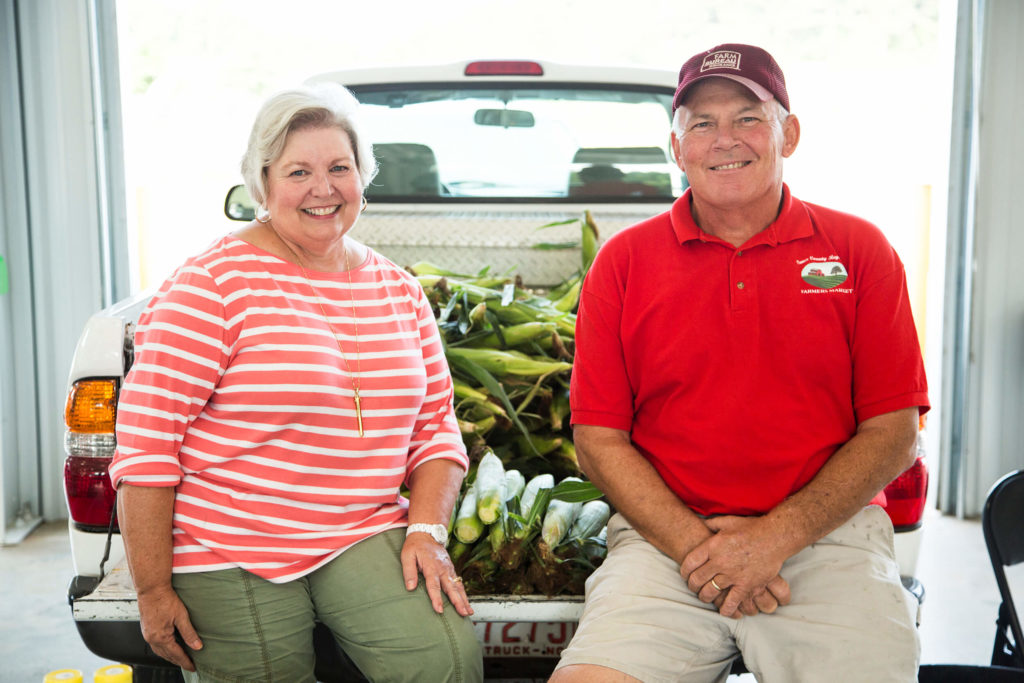 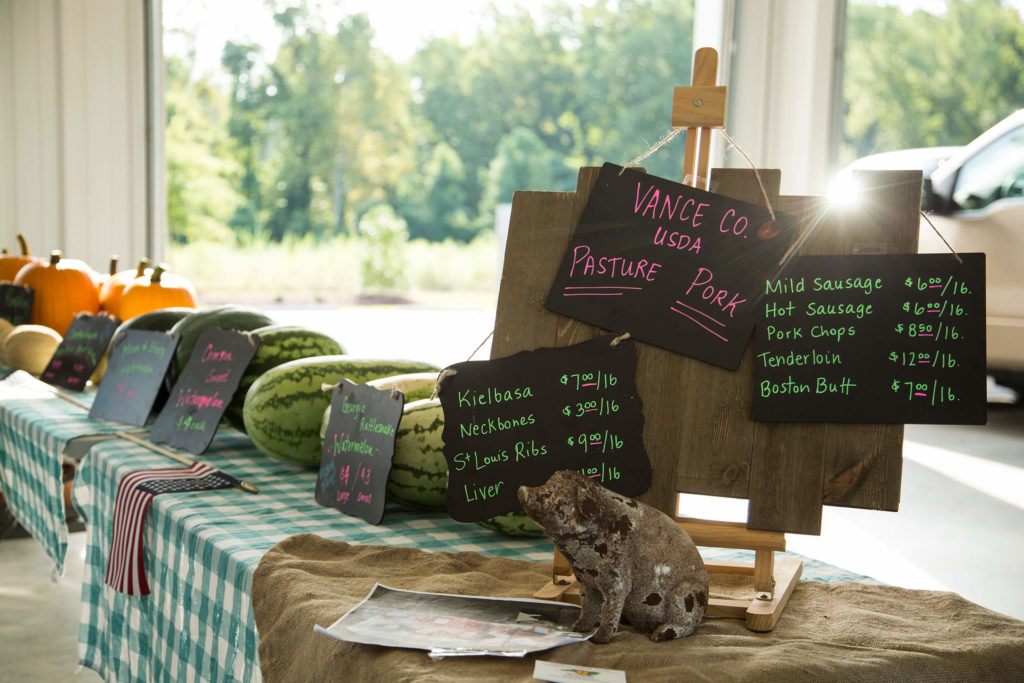 In 2004, Congress ended the federal tobacco program, which deregulated the crop’s production. Farmers needed some extra income and, at the time, would occasionally sell produce from the back of their trucks. Burgess believed the community would benefit from a designated space. He served on the Vance County Farm Bureau board and spearheaded the farmers market effort, with grant-writing assistance from Paul McKenzie. “We started off with nothing,” Burgess says. The 7,500-square-feet facility, with eighteen vendor bays, finally opened in 2014, and is worth an estimated $1 million. The market runs from mid-April to mid-December and has almost twice the number of vendors as its inaugural year. 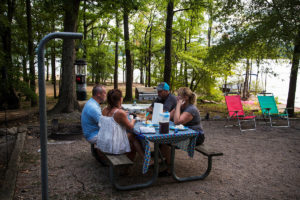 “A lot of the lake is in Virginia,” Ron Rubin says. “But we got a good bit of it!” Rubin runs the Farmer Foodshare table at the Vance County Regional Farmer’s Market and, like many locals is completely smitten with the state recreation area. There is a lot to love about the lake, which occupies over 50,000 acres of water. It’s so large, in fact, that it spans two states — and even has two names. On this side of the border, “Kerr Lake” honors John H. Kerr, the state congressman who helped develop the dam built in the mid-twentieth century. Head over to Virginia, though, and you’re more likely to hear folks refer to it as “Buggs Island Lake.” 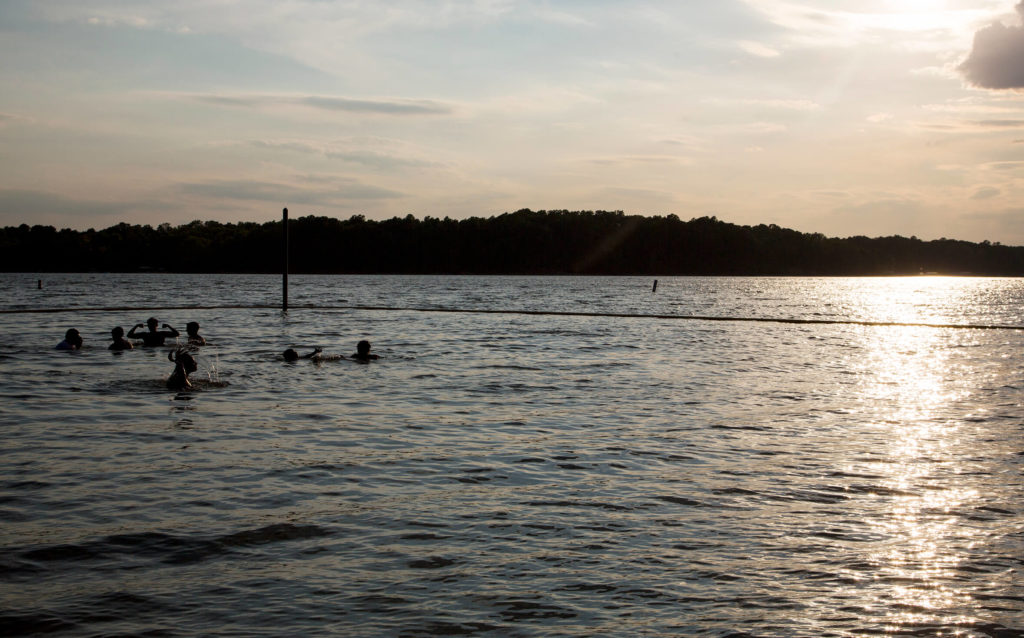 Whatever you call it, North Carolinians and Virginians all agree that the lake is perfect for a day trip or a camping weekend, from hiking and picnicking, to sailing and swimming, or even just hanging a hammock and rocking in the summer breeze.

There are a lot of Mexican restaurants in Henderson — five at the moment — and everyone has an opinion about which is best. When I asked a couple locals at the farmers market about where to eat, the question soon turned into a debate about Habanero versus Taqueria Ponce. And what about that other one I kept hearing about, Henderson Mexican Restaurant? “Oh, that’s an authentic one! Hablas español?” Solamente un poco — but this was enough to convince me to go. Henderson Mexican Restaurant also happens to be the oldest one in town. Its location is small and understated — you might even pass it a few times before realizing you’re right where you want to be. Head inside and the first thing you’ll see is a big bowl of masa dough waiting to be divided and rolled into balls. Soon, they will be squashed with a tortilla press and tossed onto a flattop, where they puff into pliable, thin corn tortillas, for carne asada tacos and enchiladas verdes. 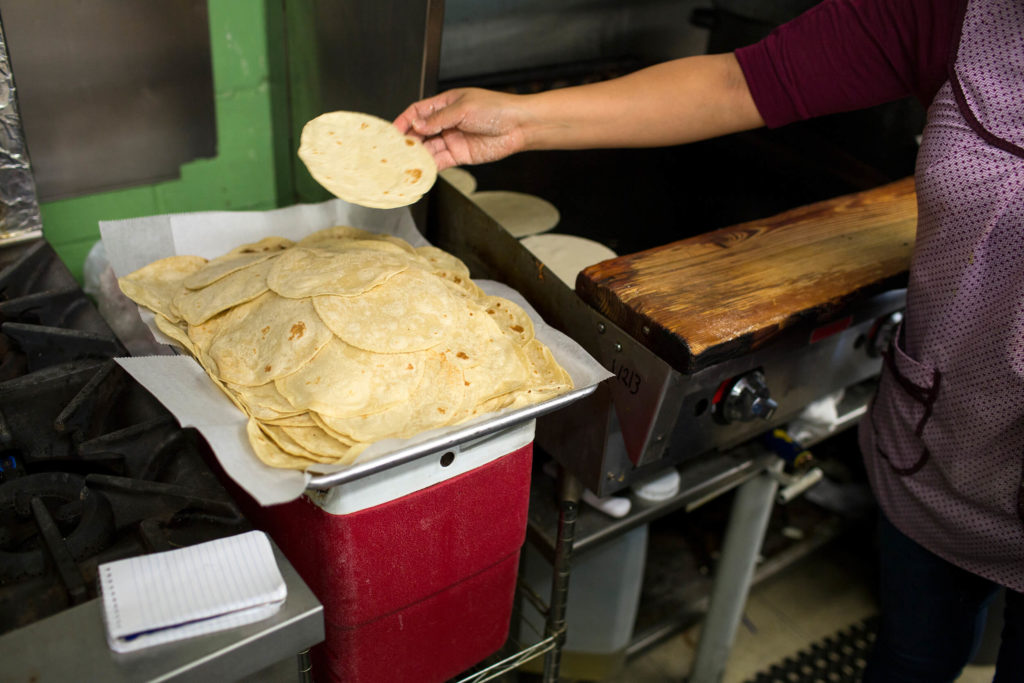 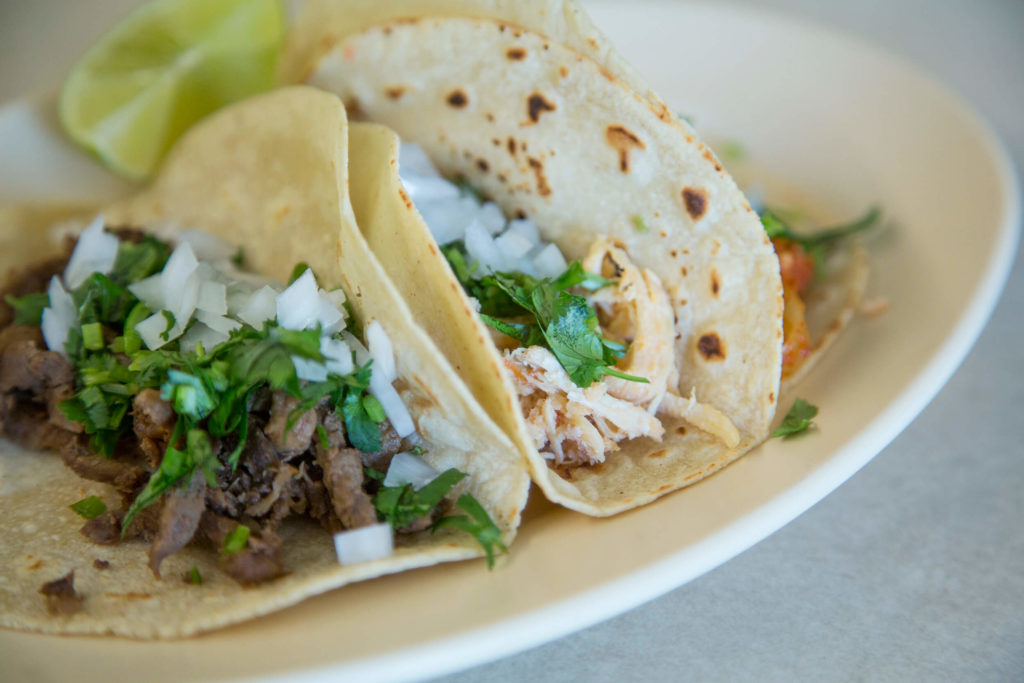 When I ask my server, Karen Sandoval, how many tortillas they make a day, she calls out to her mother, Gloria, the same question in Spanish. Gloria shrugs and starts to laugh. “A lot!” Karen translates. Her mother took over the restaurant over twenty years ago, before Karen was even born. “I grew up here,” she says.

See a Show at McGregor Hall

When you see McGregor Hall, you might think of a classic show, like “To Kill a Mockingbird.” But when locals see it, they think of a bright new future for their town. The trek toward McGregor Hall began in 2000, when Embassy Cultural Center Foundation (ECCF) formed. The non-profit organization was named in homage to the Embassy Theater, which once lived downtown. ECCF set out to revitalize Henderson by reinvigorating its arts and culture scene, a goal which culminated in the opening of McGregor Hall in 2016. You need only wander by the $9 million performing arts center to see that the ECCF went above and beyond. The venue is linked with the new location for the town library, for which ECCF additionally raised $12 million. None of this would have been possible without the performing arts center’s namesake, Minerva Falkner McGregor. She passed away in 2012 and left her estate to ECCF. This generosity went a long way — McGregor Hall features a 1,000-seat theater with a Broadway-quality theatrical stage, orchestra pit, and technical systems. 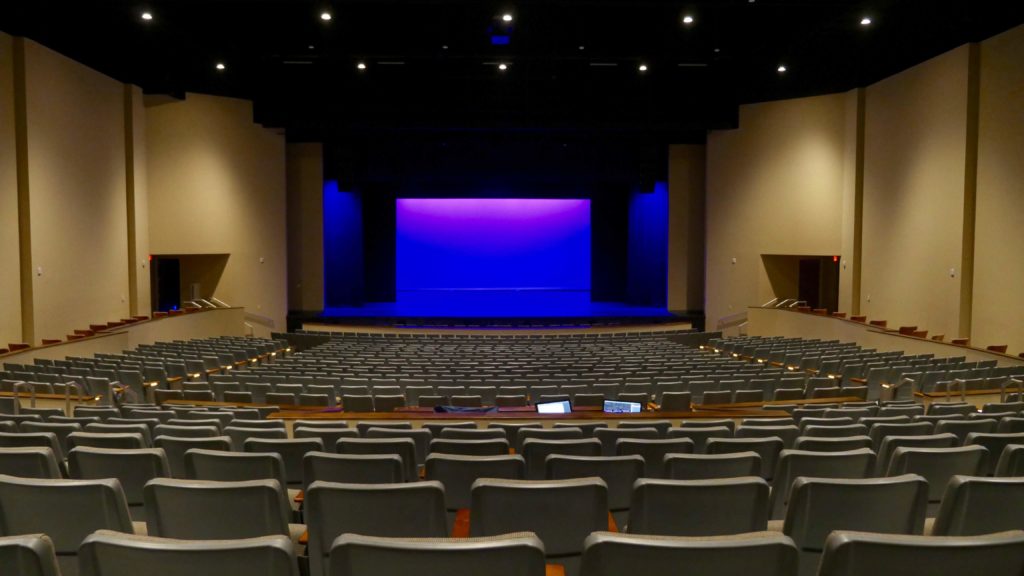 In the short amount of time it’s been open, McGregor Hall has produced shows like “The Wizard of Oz,” as well as performances from a range of musicians. Visit their website to order tickets.

There are only a few hundred drive-in movie theaters left in the country and so few in North Carolina, you can count them on one hand. Back in the day, Henderson had two drive-ins, and it’s lucky to still have one of those trucking along. Raleigh Road Outdoor Theater was built in 1949. Those were the drive-in glory days when several thousand theaters were spread across the country. 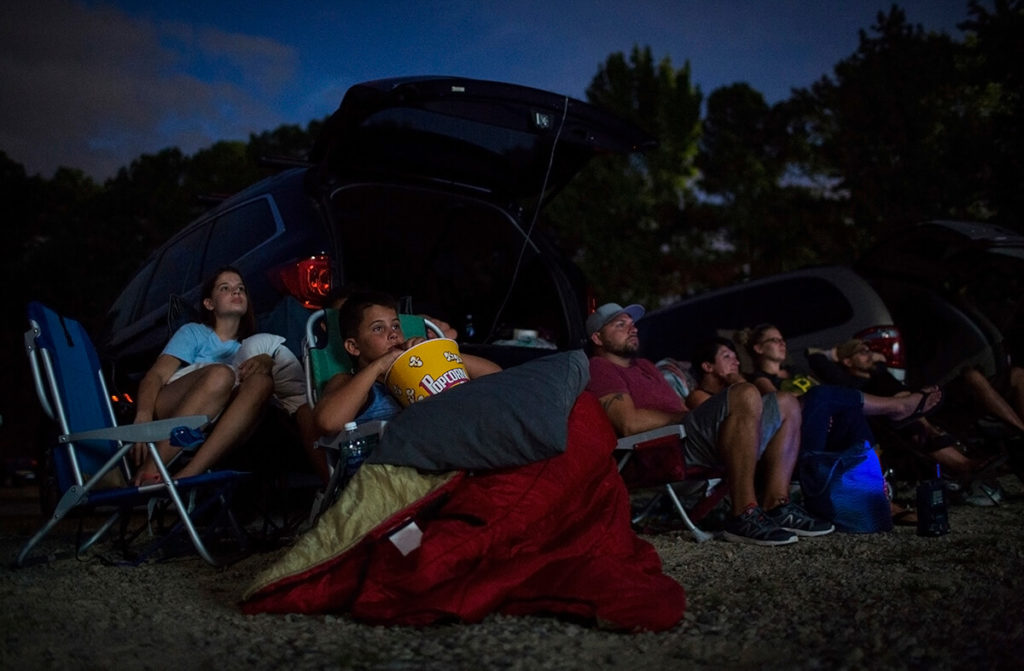 Owners Mark and Jennifer Frank wanted to keep this old-school tradition alive when they purchased Raleigh Road Outdoor Theater from its previous owners, Jim and Megan Kopp. Today, they screen the same current films you’d find in indoor theaters, along with the occasional special-event classic like “Grease.” Imagine watching Sandy and Danny’s infamous drive-in fight scene — from a drive-in. It’s safe to say your date night will go better than theirs.