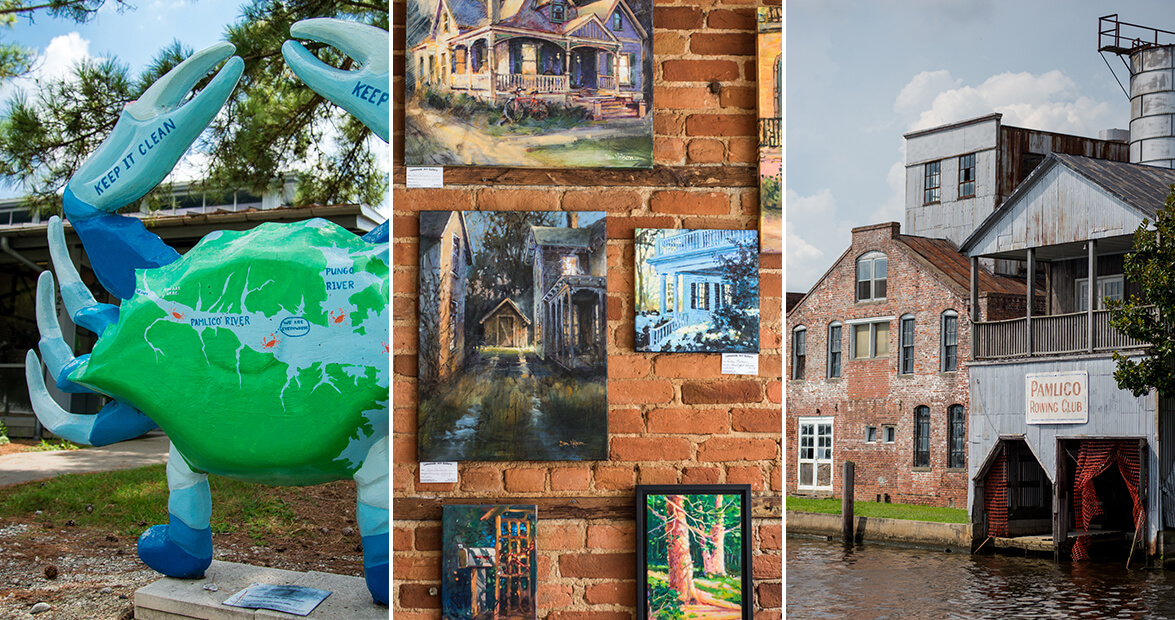 Blount Rumley recalls the story his father used to tell him about when the ships came in, delivering molasses to Washington’s docks.

“All of the little boys in town — black ones and white ones, it made no difference — would wait for the barrels to break and spring a leak,” Rumley says. “Molasses would go everywhere.”

Using bare hands and buckets, they’d scoop up the edible amber. It was the closest thing they had to candy.

But Rumley, who is 74 and has lived here all of his life, best remembers another time in the town’s port history, one he personally witnessed: when the Bessie Virginia, the last of Ocracoke’s freight boats, would make weekly visits to Washington. For some time, Washington was Ocracoke’s only access to the mainland. Bessie delivered oysters and crabs and returned to the island carrying lumber and groceries until the 1960s, once NC Highway 12 was completed.

For so long, the identity of each generation living in Washington was tied to what was carried in ships along the Pamlico River. Molasses, tar, tobacco — they were more than goods; they supported a livelihood to the Inner Banks town. Decades after boats gave way to trains and then to cars, what the water brings to Washington is no longer quite as tangible. For locals, it’s what lies beneath the water’s surface that serves as an enduring testament to the good that can come from change. 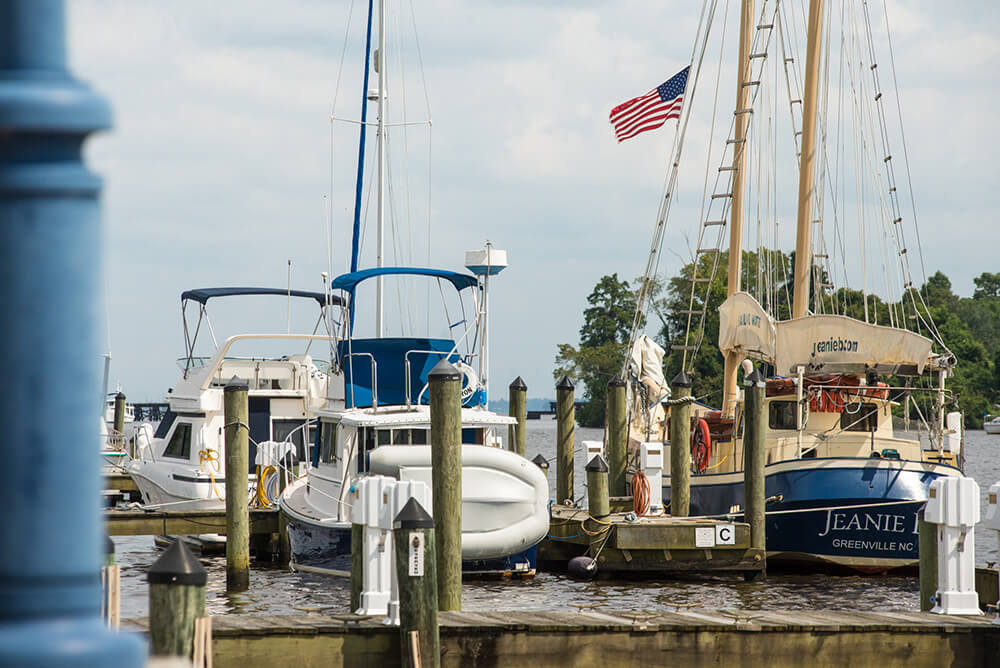 The river has its legion of fans.

“Every moment in history, the river has affected Washington, its growth, its livability,” says Clay Carter, who’s an administrator at Beaufort County Community College. “It gives us our history, our very reason for being.”

The town has its fans, too.

Washington was integral in helping the United States secure independence from the British during the Revolutionary War. Those who live here are quick to remind you. When larger ports like those in Charleston and Wilmington were under siege, Washington held its own as a supply port for the Continental Army, thanks to the shallow waters of the Pamlico.

A place of such patriotism deserved a proper, patriotic moniker, so the town was officially renamed from Forks of the Tar to Washington in 1776. Never mind that the closest George Washington ever got to the town was Greenville — Washington became the first town in the country to be named after the president, and don’t you forget it.

There are 70 other townships in the country that have been named after George Washington since, but those who live in eastern North Carolina know theirs as The Original. Except somewhere along the way, visitors tacked on an alternative qualifier to the front of the town’s name: Little. Little Washington.

For a while, it didn’t sit well with locals. Many thought it belittled the town, which couldn’t shake the label and still really hasn’t. Those who live here are instead reclaiming the word, for what makes Washington small is what has given the town a life all its own.

“Now we realize that being little is part of the reason that makes us such a treasure, and we’re proud of that appellation,” Carter says. 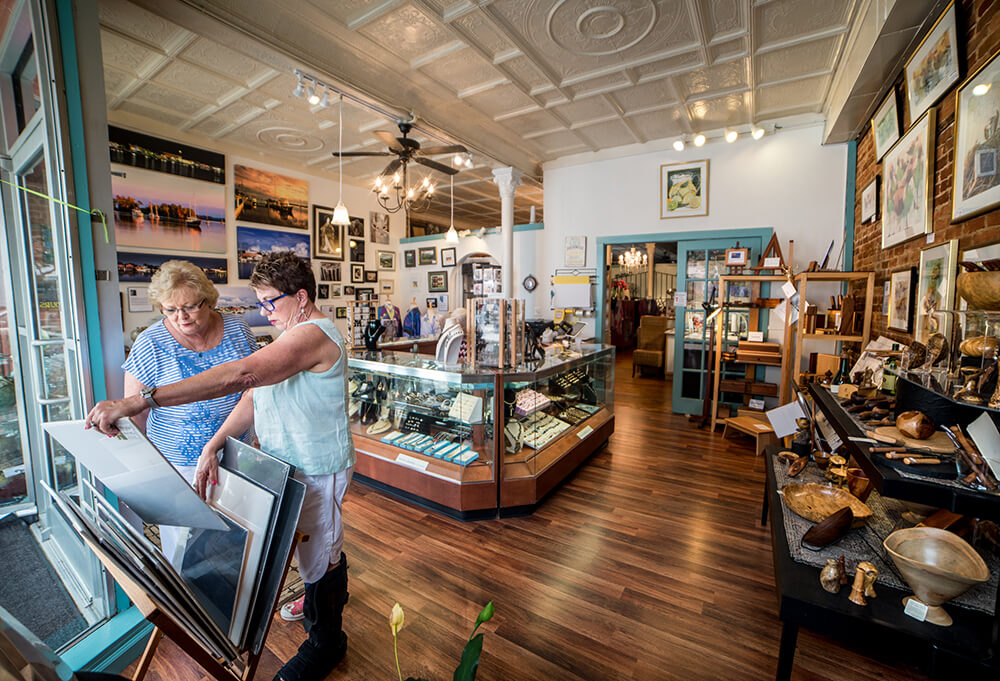 Lemonade Art Gallery opened in March 2015 and is one of several galleries in Washington. When the local creative community took a hit following the 2008 recession, artists banded together to eventually open the working gallery. “We made lemonade out of lemons,” says Sue Beck, who is a jewelry artist and one of five owners of the gallery.

A little town, true, but the identity of Washington is shaped by the estuary it sits next to, which is the second largest in the United States.

The Albemarle-Pamlico estuary is where freshwater from our rivers and streams mixes with saltwater from the Atlantic. The estuary has a crucial function: hosting about 90 percent of sea life that’s caught for seafood.

By Washington remaining a small community, it helps protect the water. A lack of development staves off pollution, making the Albemarle-Pamlico estuary the most productive on the East Coast. By contrast, the Chesapeake Bay, which is the larger and wedged against larger cities like Baltimore, has seen its seafood industry take a hit in recent years.

In the estuary’s waters, transition happens gradually and comes naturally. The experience of looking out at water from the town’s riverfront walking path is all the more magnified when you recognize the beauty of the biology beneath.

The spirit of change embodied by the estuary is something Washington hopes to capture as it moves away from an industry built on shipping and trade to one that’s supported by a growing arts community and tourism.

“The change has really centered around the water,” say Tom Stroud, director of The North Carolina Estuarium. “Most people who live here certainly want it to grow, but they want it to grow gently.”

Much like the brackish water it lays claim to, Washington is a wonderful mix. Of tradition and innovation. Of slamming screen doors, like the one outside of Bill’s Hot Dogs, and of stately wraparound porches. Of old and of new. 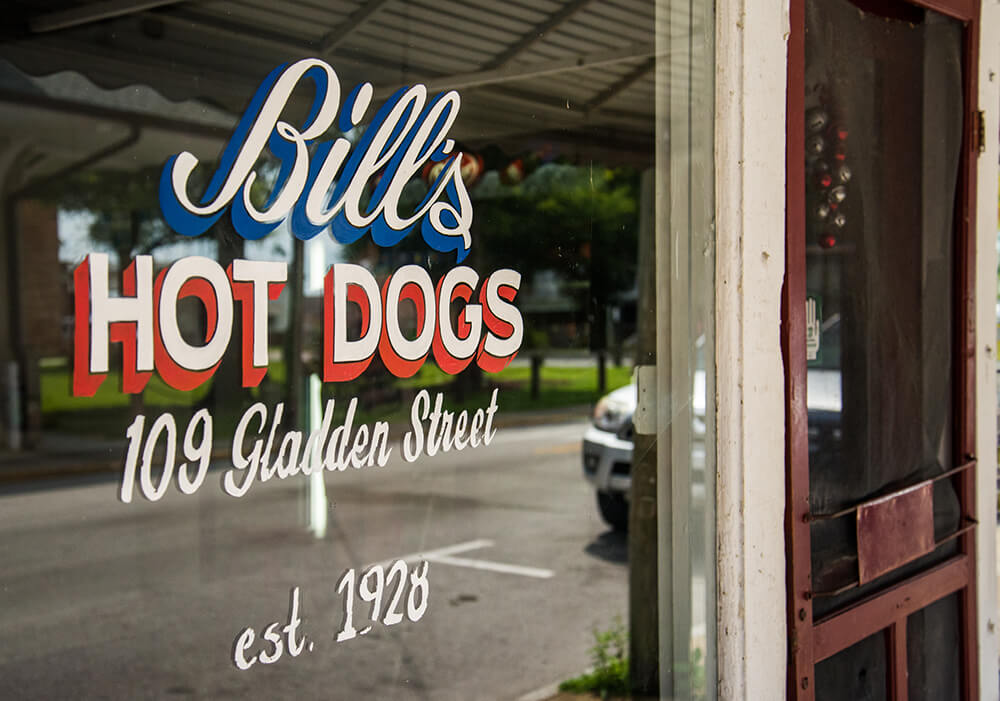 “Somebody made a comment to me the other day that they were walking down the street and they didn’t know a soul, and they had grown up here their whole life,” says Catherine Glover, executive director of the Washington-Beaufort County Chamber of Commerce.

“And I thought, well, that’s a great thing. You get to know them.”

Washington was once viewed as a place to stretch your legs, the last stop before arriving to the Outer Banks. But now those who find themselves here also find themselves staying. Some sail down and never leave. In fact, when he’s in need of a vacation away from Margaritaville, Jimmy Buffett has been known to pay a visit. His boat is being built in Washington, and he has made a few appearances around town.

Here where the river runs deep, so does pride. In Washington, where positive change comes slowly but surely, it’s not about what you can see at surface-level, but what you can feel.