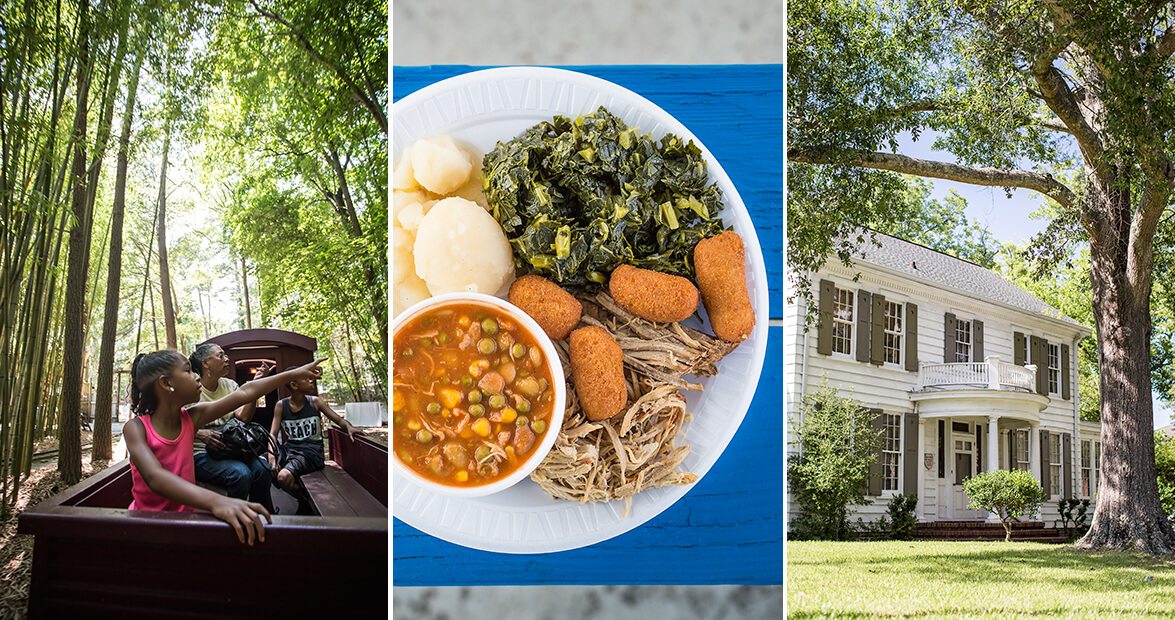 If you can’t steam it, you probably can’t find it at Sunny Side Oyster Bar. That’s fine by co-owner Bill Jones. “All we have are oysters, shrimp, scallops, crab legs, sauce, butter crackers, and cold beer,” Jones says. “We do have one vegetable — it’s broccoli and we sprinkle cheese on top of it.” Despite the restaurant’s sparse vegetable offerings — and only being open in months that have the letter “r” in their name — Sunny Side has remained a Williamston institution and vestige of small-town USA since it opened in 1935. It was owned and operated by the same family until 1992, when Jones, alongside Bermey Stevens, Doug Chesson, and Raymond Andrews took over. When the original contract was written up, they paid more for the sauce recipe than they did for the building. It would’ve been cheaper to demolish the building and start from scratch, but in an effort to preserve Sunny Side’s history, the four made repairs to the original structure. “Some of the stoves in there are original. We’ve got a couple of employees in there that are almost original,” Stevens deadpans. Each August, a month before Sunny Side reopens for the season, Jones starts receiving a slew of calls of folks inquiring about the official open date. Oyster shacks are no strangers to the Inner Banks, but there’s something about Sunny Side. “Our average customer drives at least 30 miles to come eat with us,” Jones says. When Sunny Side isn’t shucking, enjoy two other unique local delicacies: banana fritters at Griffin’s Quick Lunch and a cheese biscuit from Shaw’s Barbecue House.

While Williamston might be the Martin County seat, the area surrounding the town is worth exploring. A short drive northwest, Hamilton is chock-full of Civil War history and was once the site of a Confederate Army fortification. Fort Branch remains as a place where visitors can view original artifacts, such as cannons, an 1800s steam engine, and pottery made by local Native American tribes. The site is open on Saturdays and Sundays from April to November, and each season culminates with an annual reenactment weekend. Decades ago, up and down eastern North Carolina’s riverbanks was the familiar site of makeshift “cook-up shacks,” where herring was guaranteed to be on the menu in the early months of the year. Once plentiful in the Roanoke River’s waters, the fish’s population has drastically decreased for a number of reasons ranging from overfishing to an increase in striped bass. As herring dwindled, so did the number of shacks, but Cypress Grill stands as the last place of its kind where you can try what’s known as “cremated herring.” The fish has the reputation of being quite oily, so Cypress Grill coats it generously with a cornmeal batter before frying it “within an inch of its life,” says Barney Conway, executive director of the Martin County Tourism Development Authority. Customers can also order the herring “sunny side up,” which is only lightly fried. During the Prohibition, the nearby town of Bear Grass earned the reputation as the “Moonshine Capital of the World.” Today, Deadwood Western Theme Park pays homage to the town’s outlaw ways. Home to a saloon and steak restaurant, Deadwood also makes for a fun family destination and boasts a small rollercoaster, train, and miniature golf. 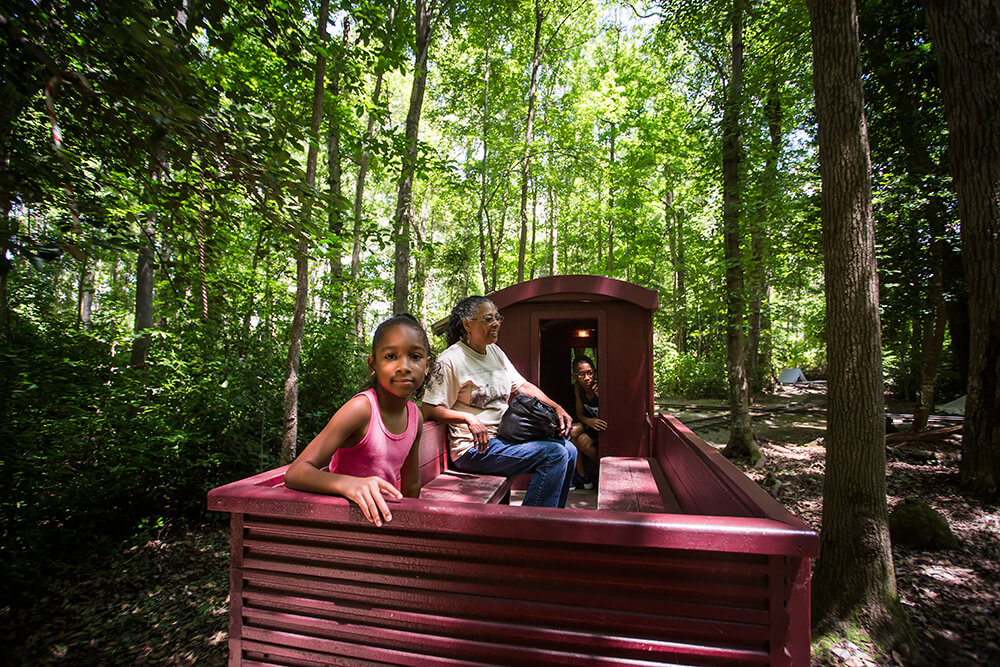 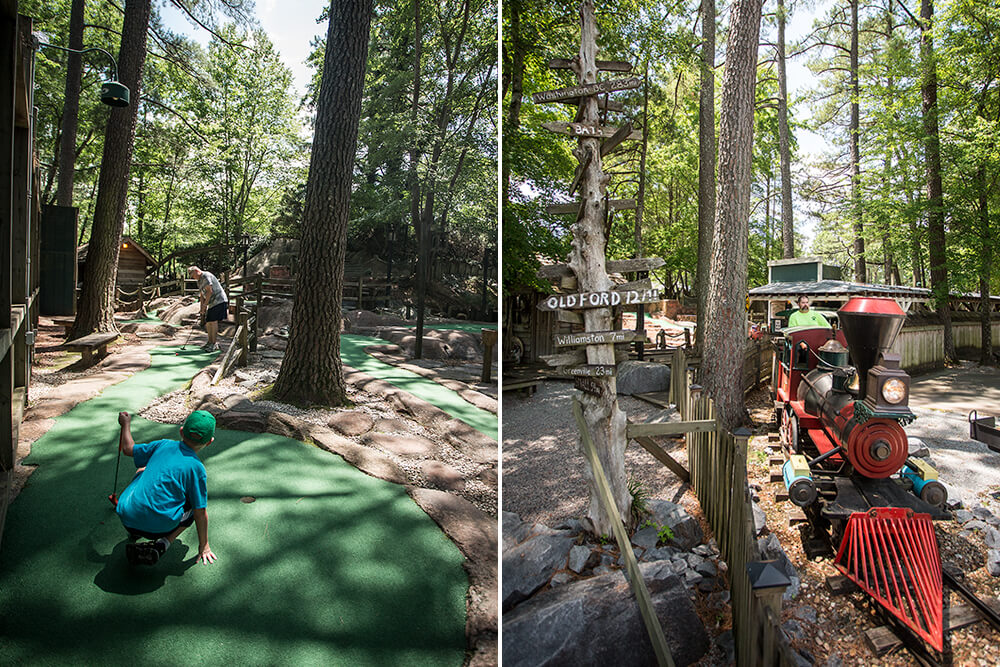 Hit up the trails

To truly see Martin County, it’ll require some meandering. In Williamston, you have your choice to do it by foot, by paddle, or car with its three distinct trails. The first trail is an obvious one: The Skewarkee Trail is northeastern North Carolina’s only rail-trail, and the 0.8-mile paved path presents the perfect opportunity for a quick jog. The trail cuts through downtown Williamston and ends at the Roanoke River. Extend your adventure by making a stop at Martin Supply Company, which has operated as a no-frills feed-and-seed since 1941. Not that the Skewarkee Trail is particularly rugged, but Martin’s has all the essential provisions — see: camouflage and hoop cheese — should you need them. When you arrive at the river, Heber Coltrain is your go-to guy. He sees the river as a trail, too. Owner of Roanoke Outdoor Adventures, Coltrain provides canoes and kayaks and organizes a variety of paddling, camping, fishing, and hunting excursions in the area. Intrepid explores can camp at one of 15 platforms located along the Roanoke River and its tributaries. For those who prefer to admire the passing countryside from the comfort of their car, The Quilt Trails of the Tar & Roanoke Rivers make for a picturesque afternoon. Inspired by the barn quilts of the Blue Ridge, this eastern North Carolina trail seeks to weave together the stories and heritage of surrounding communities with each unique and intricate piece that’s commissioned.

“Hitting the hay” takes on a whole new meaning when your bed and breakfast happens to be a beautifully converted barn and the room you’re staying in once housed corn that was fed to the mules. Chloe Tuttle used to ride those mules around town, and now she’s the owner of Big Mill Bed & Breakfast. When you check-in, take a look at the room to your left. Tuttle was born there. Her parents built the property in 1922, and after they passed away, she came back home to turn it into an inn. At first, she had just one room, but people started showing up from all over. “And then all of a sudden, I started needing more rooms,” Tuttle says. Big Mill has five now, each with its own distinct character, but she doesn’t plan to have any more. “I need to have some time with my guests.” Her affable, breezy attitude fits in well with the ethos of the place. Hammocks and twinkle lights are strung about, and she has an extensive on-site garden where she grows much of the produce that appears on your plate at breakfast. During her years as an innkeeper, she thinks she’s figured out the magic of Williamston that seems to capture those who step foot here for the first time. “What amazes me is that people love the heritage, even though it isn’t theirs,” Tuttle says.