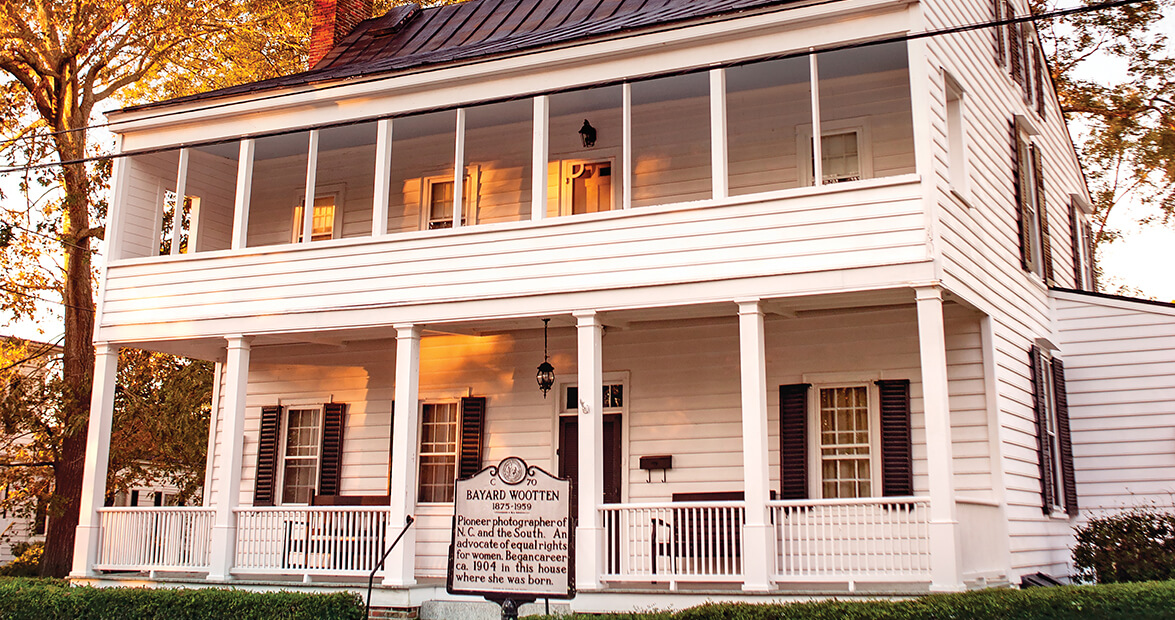 From the upper porch of her house, a young Bayard Wootten could watch New Bern wake and stir, come and go, and fade with the light on the nearby Neuse River. This vantage point defined her work as a photographer: The first woman to take aerial photos, Wootten was also skilled at capturing the down-to-earth in her home state. Her portraits from the 1920s and ’30s, of potters and weavers, farmers and soldiers, mothers and children, showcase the dignity of everyday life. Her landscapes — a cotton field, a mountain homestead, a foot-printed dune — are both familiar and mysterious. Toward the end of her life, Wootten returned to the house where she grew up, and when she died there in 1959, she left a trove of some 600,000 photographs.

Little-Known Fun Fact: While living at this house, Wootten designed the first Pepsi-Cola logo for a neighbor, the pharmacist who invented the drink.