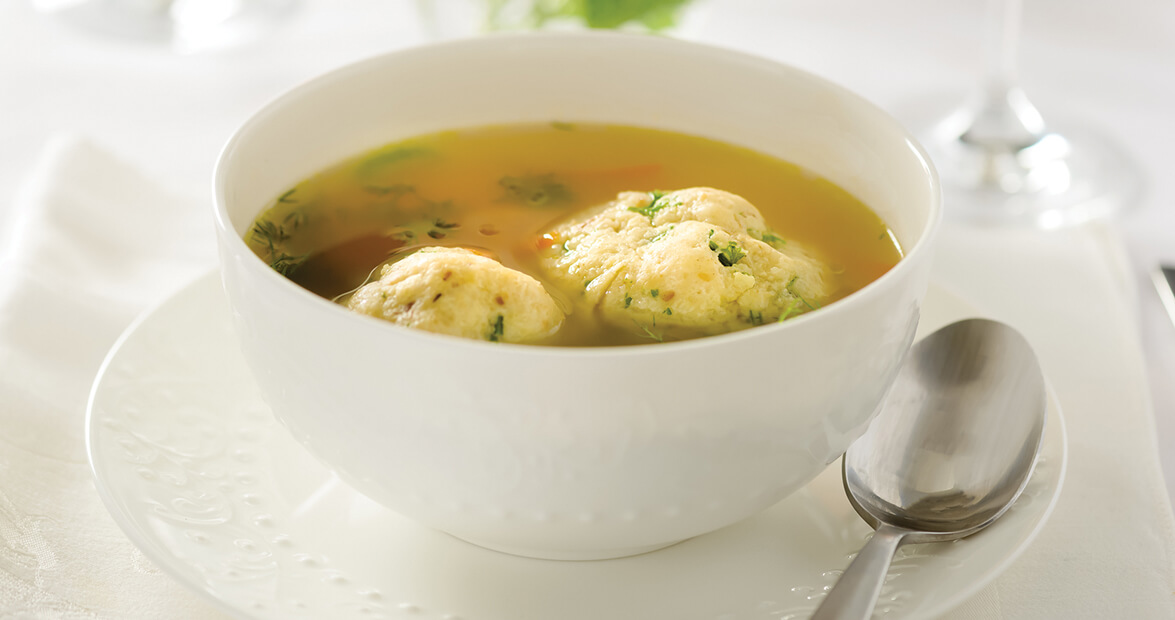 Anything described as schmaltzy has the misfortune of being mushy or overly sentimental. But for 81-year-old David Weinstein, nothing is so sublimely infused with schmaltz — in this case, the liquid gold of rendered chicken fat — as matzo balls floating in his favorite soup.

“Schmaltz is the secret of the best matzo balls,” says Weinstein, a Raleigh-based former state senator, who was the first Jewish mayor of Lumberton, his hometown. “My wife uses it, my mother used it, and they both learned about it from their mothers.”

For many Jewish home cooks, schmaltz is less a secret than a recipe requirement: Soup dumplings are made with matzo meal, eggs, bubbly seltzer, and a generous dollop of the skimmed chicken fat, which is often stored in the freezer. Just the right amount of schmaltz turns matzo balls into flavorful floaters, easily sliced with a spoon. Too much leads to dense matzo balls, known as sinkers, that demand a knife.

No matter their buoyancy, matzo balls have long been a centerpiece of Passover Seder and dinners at Rosh Hashana, the Jewish New Year. More than a century ago, when the Weinstein family immigrated to Lumberton, patriarch Aaron opened the family’s eponymous department store and provided the land for Temple Beth El, the community’s first Jewish center. Since then, generations of women at Beth El have prepared matzo ball soup for celebrations and everyday meals alike. “It’s like chicken soup — it’ll cure anything,” Weinstein says with a wry smile. “It’s Jewish penicillin.”