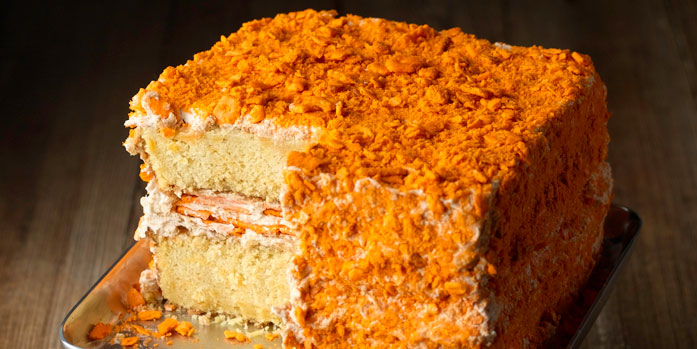 If Phillip Lance hadn’t loaned a customer money in the early 1900s, that man wouldn’t have paid Lance back in peanuts, and Lance wouldn’t have turned those peanuts into peanut butter, and his wife and daughter wouldn’t have suggested spreading that peanut butter in between two crackers, and local mill workers wouldn’t have had such a perfect snack to get them through the day, and generations of grandfathers would have had to find a different treat to give their grandkids, and drivers would be a little hungrier, and breast pockets all across North Carolina would crackle less.

The Toastchee brand of Lance crackers, in particular, is a part of the Carolinas’ culture. It became popular in the 1920s and ’30s, when Charlotte was a textile center. “The packaged crackers were a godsend for people who had to be in a loom room all day,” says Dr. Tom Hanchett, the staff historian of the Levine Museum of the New South.

Around the same time as Lance’s rise, Nabisco opened a regional bakery in Charlotte and started producing packaged crackers. With two versions of the same item, people began to adopt the shorter nickname, Nabs.

There are dozens of varieties of snack crackers all over the country now, but here in the Carolinas, the Lance Toastchee is ours. And we call it Nabs. And we don’t know where we’d be without it.

In the bowl of a stand mixer on medium speed, cream butter until fluffy. In separate bowl, combine sugar and pudding mix and slowly add to butter. Continue to cream on medium speed for 6-8 minutes. Add eggs, one at a time, beating well after each addition.

Combine milk, oil, and extract. Alternating on low speed, add flour to butter mixture, beginning and ending with flour. Stop occasionally to scrape down bowl. Gently fold in cheese by hand with spatula.

To make the peanut butter: Put peanuts in food processor, and pulse until fine. Add oil and salt. Continue to pulse to make creamy peanut butter.

To make frosting: In the bowl of a stand mixer on medium speed, cream shortening and butter. Add almond extract. Gradually mix in sugar, one cup at a time, scraping sides and bottom of bowl several times. Add milk and syrup, and continue to beat on medium speed until light and fluffy. Blend in peanut butter.

Try the other quintessential North Carolina cakes that appeared originally with this one: