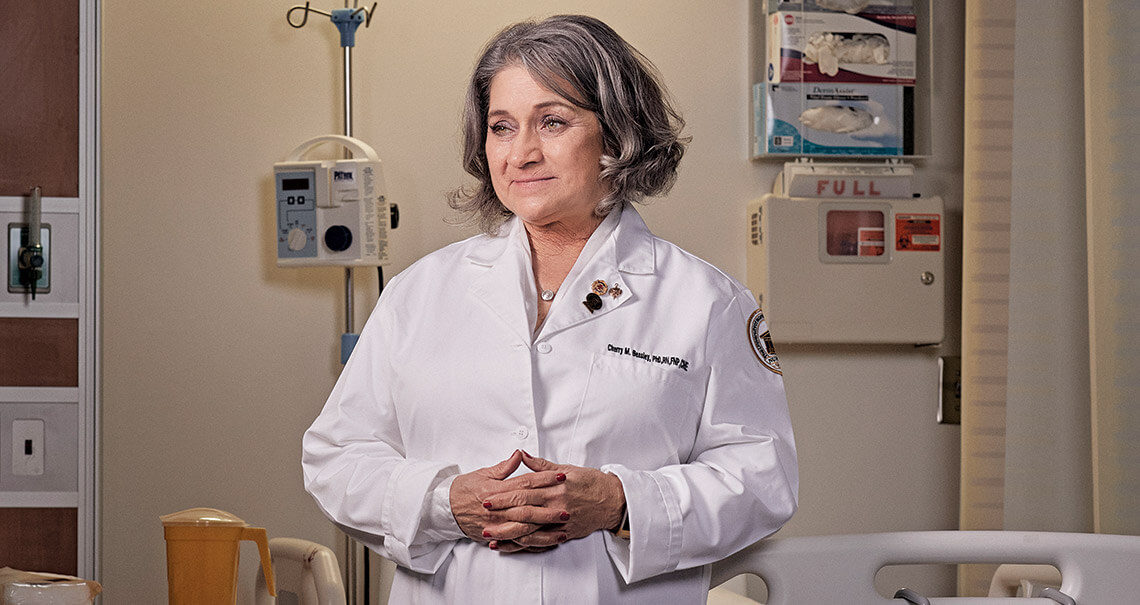 Each time Cherry Beasley walks into the Weinstein Health Sciences Building at the University of North Carolina at Pembroke, she steps across a tiled image of a turtle, a sacred Lumbee symbol. Its round shell is a Native American medicine wheel split into four colors — black, red, yellow, and white — that represent the stages of life, as well as the emotional, mental, physical, and spiritual parts of a person. The design is intentional: Each element embraces central parts of Lumbee culture. “It reminds me of my call to practice,” Beasley says. “My call to be a nurse, to care for people, to be holistic.”

Beasley is one of 55,000 members of the Lumbee Nation, the largest Native tribe in the state and the largest tribe east of the Mississippi. Lumbee values have informed Beasley’s life profoundly, from her childhood growing up on a farm in Robeson County to her current jobs as the Anne R. Belk Endowed Professor for Rural and Minority Health at UNCP and chair of the school’s Department of Nursing. “I look at the sacrifices that my parents and grandparents made to provide for others,” Beasley says. “Our whole drive in life was to take care of the people living on the land that we were meant to protect. I see my work as a continuation of that.”

Beasley grew up in a tight-night community on her grandparents’ tobacco and cotton farm in the rural heart of North Carolina’s Lumbee country. She lived with her parents and two siblings in a four-room shotgun house with painted board siding and bead-board walls. Aunts, uncles, grandparents, great-grandparents, and cousins were always around and central to Beasley’s life. Even now, more than half a century later, walking barefoot in freshly plowed dirt still reminds the 69-year-old educator of her days pulling nut-grass from the field before it killed the crops. “I learned a strong work ethic and the value of family and the value of relationships because that was the world that I lived in,” she says.

“I learned the value of family because that was the world that I lived in.”

Beasley saw firsthand the importance of public health to the Lumbee and other rural communities. She was drawn to the health care field as a teen watching nurses care for her grandmother, who had been diagnosed with cancer. The nurses developed a special bond with their patient. They “stuck with her from the time of her diagnosis to her death,” Beasley remembers. “It had a phenomenal impact on my decision about my profession.” After high school, Beasley pursued her BSN at the University of Michigan and later earned her master’s in nursing and public health nursing from the University of North Carolina at Chapel Hill, a post master’s as a family nurse practitioner from the University of South Carolina, and a PhD from East Carolina University. She was the first Lumbee to obtain all of those degrees.

Beasley returned to Pembroke in 1985 to help the people in the community that raised her. “I knew I could make a difference for the Lumbee, but also the rural population [at large],” she says. “I’m committed to them equally.”

In 1992, UNCP Chancellor Joseph Oxendine launched a nursing education consortium between the Pembroke school and Fayetteville State University. At a family gathering, Oxendine, Beasley’s cousin, asked if she’d put in for the first faculty member position. He reminded her of the family call to community service. Beasley promptly applied and was accepted. In the years since, she’s become a role model for nursing students throughout North Carolina and beyond. 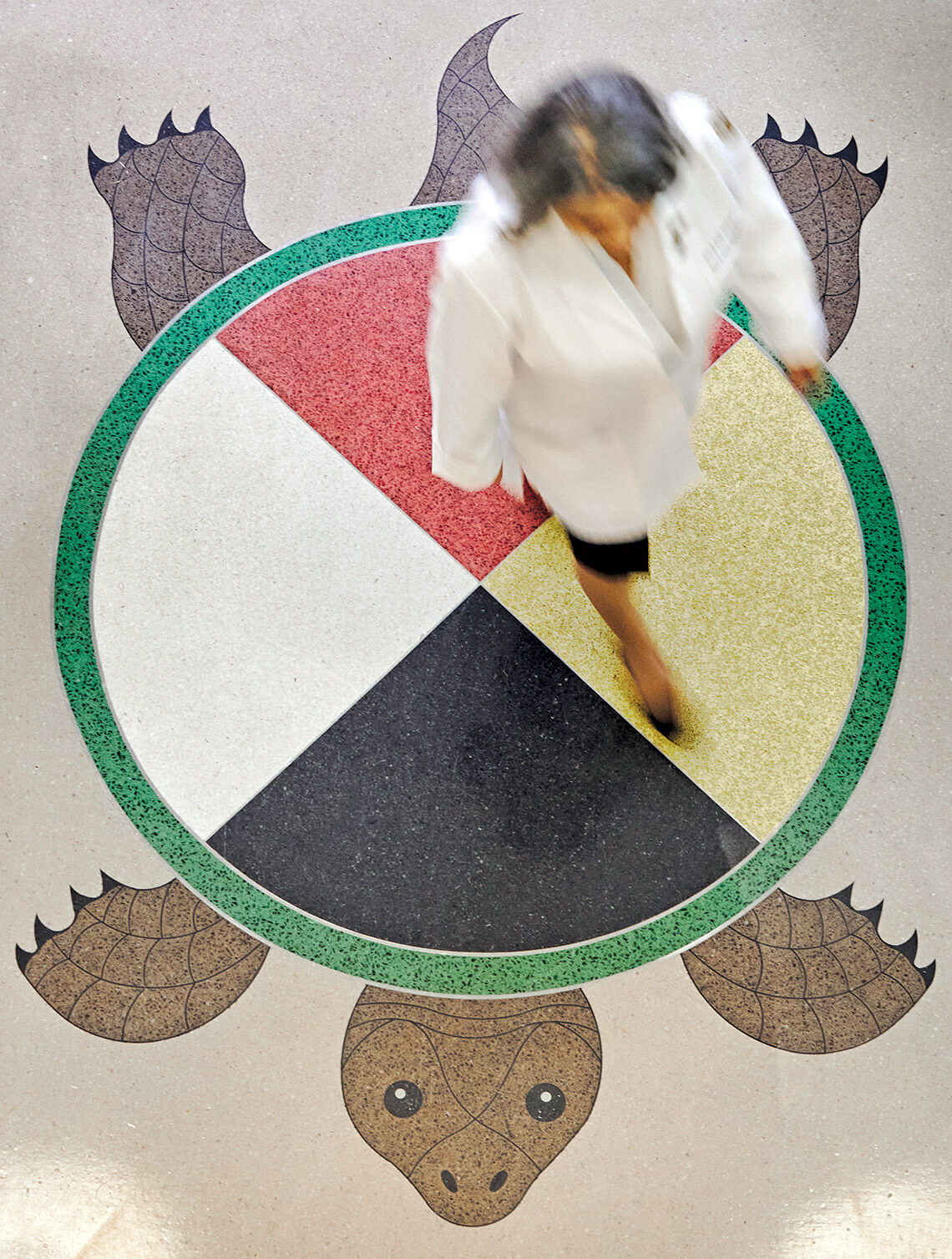 The medicine wheel that Dr. Beasley steps across each day when she arrives at work represents slightly different meanings among various Native American groups, but all view it as a circle-of-life symbol. photograph by Alex Boerner

Brooke Grooms, a nurse practitioner with UNC Southeastern Health, is one of those students. Her own Lumbee connection to Beasley provided great comfort while she was studying. Beasley, Grooms says, “was the support system for all of us. She always pushed you to do better.” Today, more than 200 students are enrolled in UNCP’s pre-licensure, RN/BSN, and master’s degree programs.

When Beasley reflects on the impact that she’s had on Lumbee and rural communities, she recalls a nugget of wisdom from her great-grandmother as it relates to the land. “[She said], ‘You can have pine trees. They are strong and they reach into the soil, but there’s also a need for beauty,’ ” Beasley recalls. “I want to create something here that not only provides for people’s basic needs, but that also aesthetically enhances who they are; their whole well-being.” Combining beauty with wellness — it’s a long-standing Native tradition.