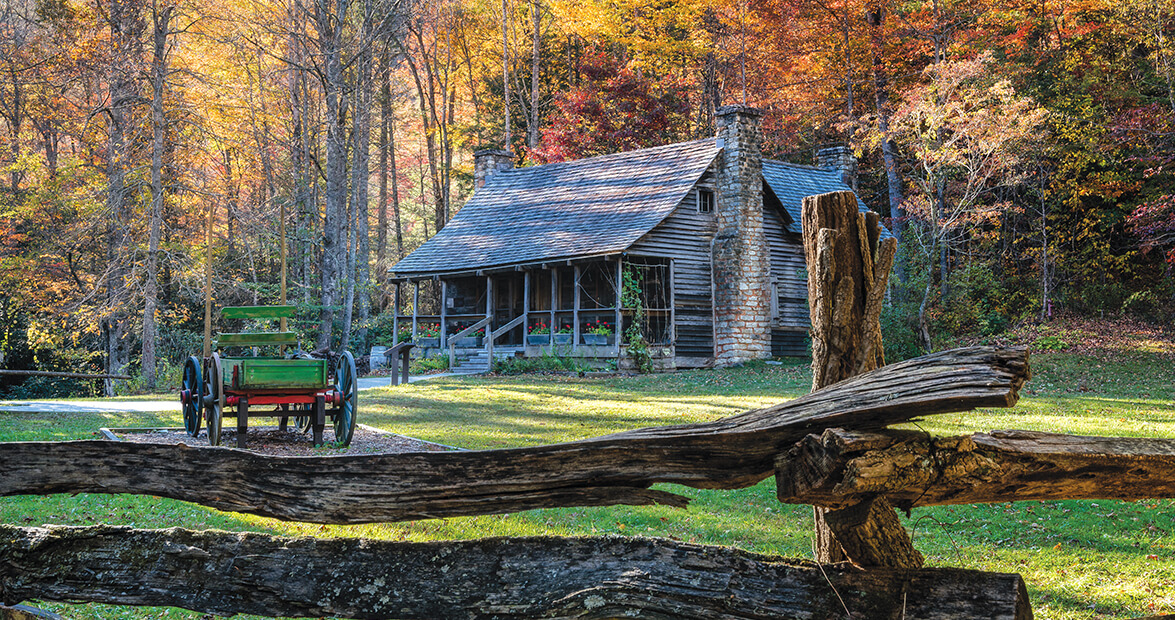 The big hardwoods were long gone, and in their place thickets of leggy rhododendron and blooming mountain laurel took root. From a high ridge in summer, it was easy to see why this pastel swath of valley was called Pink Beds. But up close, the landscape was decidedly harsher: The soil on the sloping farmlands had turned acidic and was prone to erosion. Surrounding woodlands wore the scars of indiscriminate cutting and logging, and fires ignited by lightning strikes and wayward embers. Deer herds had thinned, and, in the creek, a supper’s worth of trout was no longer easy to come by.

But in the mountain towns around Asheville, sawmills were running full tilt, and industrialist George W. Vanderbilt was busy snapping up thousands of acres of this temperamental land for an estate to rival the finest in Europe. There was one problem with his grand plan, though: The woodlands were not as healthy as those he admired abroad. So, on the advice of his landscape architect, he did something radical — he hired a forester.

In America, the idea that taming the wilderness to make it more useful could be done in a way that protected its splendor was new and startling. The young man Vanderbilt brought into this project was Gifford Pinchot, an American who had studied forestry in France. In 1895, three years after arriving at Biltmore, Pinchot completed the country’s first forestry management plan. By then, Vanderbilt owned a 125,000-acre tract that stretched from Biltmore through what is now Pisgah National Forest, Pink Beds included. Pinchot, who eventually became the first chief of the U.S. Forest Service, proved that conservation could be both practical and profitable. Many consider him to be the germ, the seed, of American forestry, but it would still take the right habitat to nurture and grow his ideas. Turns out, what the forest needed was a cradle.

When Robert Beanblossom tells the story of American forestry — from the rowdy exploits of early rangers to how a particular sycamore grew from a seed that orbited the moon in 1971 — one gets the feeling that he has a thousand more details to share, if you have the time to listen. Dressed in his uniform greens, Beanblossom is spending the twilight of his forest ranger career in the very spot where his occupation was born: the Cradle of Forestry in America in Pisgah National Forest. Retired after serving 42 years in West Virginia, he’s now the volunteer caretaker of the 6,500-acre campus where Vanderbilt’s vision fulfilled its promise — and then some. 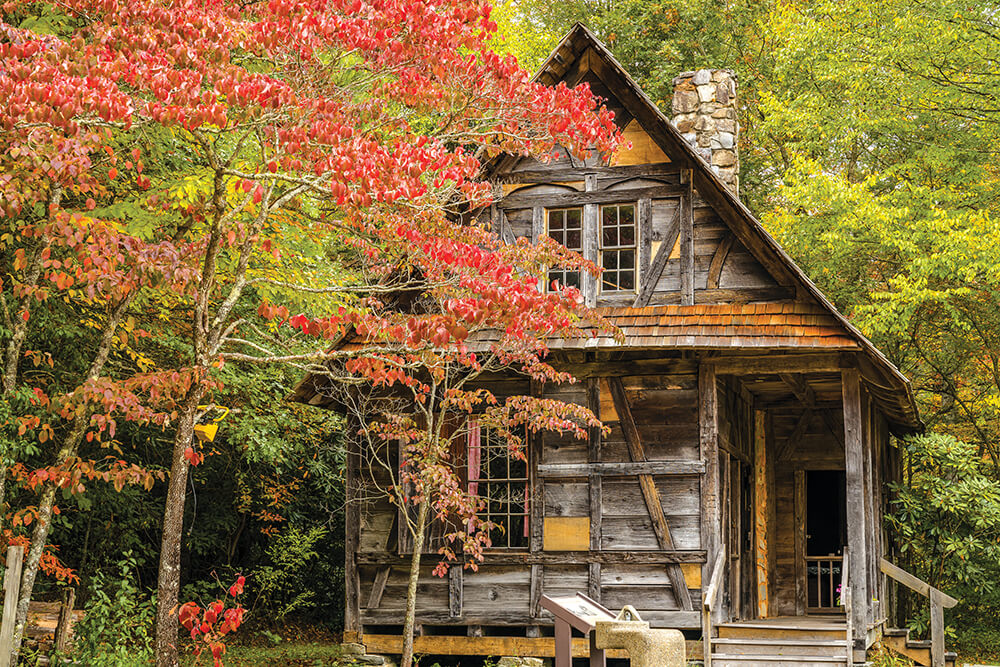 Built at the turn of the 20th century, the Black Forest Lodge on the 3.4-mile Biltmore Campus Trail features rustic elements of Bavarian architecture. photograph by Thomas Moors

He taps his walking stick on the step of a one-room schoolhouse built in the Pink Beds and says, “Where it all began.” This, a reconstruction of the first forestry school in America, was started in 1898 by Pinchot’s successor at Biltmore, Dr. Carl Schenck, a German man with a doctorate in forestry. The school he created on Vanderbilt’s land put young men through a rigorous, 12-month program that included 27 classes in surveying, botany, zoology, and law, among other subjects. After completing a six-month internship in the field, they could call themselves trained foresters.

With his school, Schenck didn’t simply transplant European forestry to U.S. soil. He created something new, tailoring scientific and management techniques to our landscape, our wildlife, our people. “The significance of this school can’t be overstated,” Beanblossom says as he shows visitors the dimly lit office where Schenck wrote his lectures and printed his own forestry textbooks.

He did something radical — he hired a forester.

The Biltmore Forest School graduated 350 foresters in 15 years, and is credited as the place where the science, business, and philosophy of American forestry merged into a unified discipline. “Schenck believed you needed to educate and work with landowners, too,” Beanblossom says. Meaningful conservation would require buy-in from everyone, from the logging companies to the local hunters and farmers.

Even today, with some 60 percent of forested lands in private hands, those partnerships are just as important, says Beanblossom, who grew up in a coal-mining region in West Virginia with dreams of being a forest ranger. “I’ve been consumed by forestry since about the age of 14,” he says. Nearly 50 years later, he’s the woodland sage of the Cradle, a true believer, hoping that one of his stories might spark the same interest in a new generation.

Walking the cool, shaded paths that follow a gentle creek, peeking inside the tidy cabins, picturing students hunched over their experiments or goofing off on the porches of quarters they nicknamed “Hell Hole” and “No Rest for the Wicked,” the place almost seems like an idyll. In reality, the work was exhausting: surveying and timber cruising on horseback, building log “wattles” to prevent erosion, reforesting thousands of acres of depleted fields. When not in labs and lectures, the students hauled logs from deep in the forest to feed the steam-powered sawmills, constructed fish hatchery ponds at Biltmore, and introduced new conifers and hardwoods throughout Vanderbilt’s property.

“Think about what was happening in this country at that time,” Beanblossom says. “Every day, 13.5 square miles of forest were burning from fires; deer and wild turkey populations had been decimated by deforestation and hunting. We built a country with our forests and damaged that resource.”

It didn’t take long for folks to see the value of the conservation and management model. Several of Schenck’s students went on to teach in the forestry schools that sprang up at universities. The Biltmore Forest School graduated its last students in 1913, and the following year, Vanderbilt’s widow, Edith, sold the site and remaining acreage to the U.S. Forest Service, which established Pisgah National Forest in 1916.

The school’s ethos endured nonetheless: A fawn nursery opened to support deer repopulation efforts in the 1930s, and a trout hatchery helped restock the rivers. In the 1960s, the former schoolhouse was reconstructed, and in 1964 the cornerstone for the Cradle’s first visitor’s center was laid. The new center has interactive displays and the usual scavenger hunt-like tours, but much of what it strives to teach can be found in Schenck’s own words, printed in the simple history booklets at the front desk: “If we were all living like trees,” he wrote to his former students, “we would be much happier, would be more social, more democratic, [and] would interlock arms with neighbors continuously.”