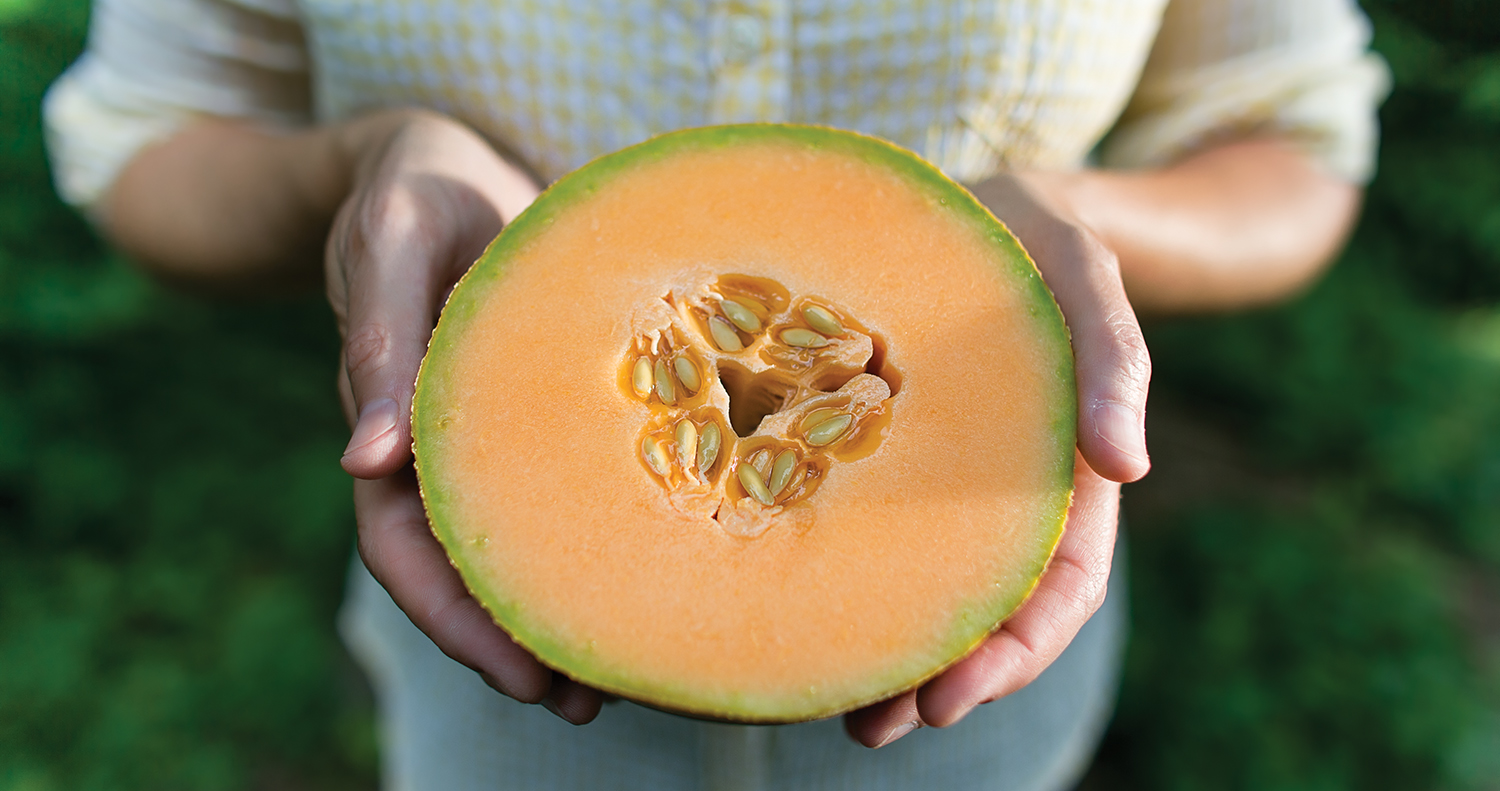 The setting sun turned the sky the color of sweet tea. It had been a long summer day, but not long enough for a 9-year-old. The kitchen counter was covered in pennies, nickels, dimes, and quarters, and I was happy to add them up, coin by coin, so that my grandparents could pocket a little more change. Garbled headlines drifted from the television in the other room — talk of school desegregation, U.S. troop levels in Vietnam, the space race with the Soviets. Mark Spitz was about to win an unprecedented seven gold medals at the 1972 Munich Olympics.

But gold medals had no real value in my grandparents’ kitchen in Kannapolis, where a meal of fried fatback and stewed okra would soon replace the damp dollar bills and sweaty coins that covered the counter. (That’s Kannapolis, 1972, B.D.E. — before Dale Earnhardt put us on the map — by the way.) Leonard and Nannie Mae Jordan, my maternal grandparents, built and owned Jordan Produce, the open-air curb market on South Cannon Boulevard that boasted the freshest collection of cantaloupes, white cukes, and sweet corn in the Carolinas.

PawPaw had rented and operated curb markets in Salisbury while owning, operating, and working as the butcher at the G&W Grocery Store in Kannapolis. In 1960, he purchased a large tract of land on South Cannon Boulevard, on which he built a cinder-block, open-air produce market with 10 garage-type doors — likely the first of its kind in the area.

In those years, his workday had 18 hours, not eight. He hauled and peddled produce in his two-ton truck, which held 7,000 cantaloupes, or 400 watermelons and 1,000 cantaloupes, or more than 210 bushels of tomatoes. He bought cantaloupes for 7 or 8 cents and sold them for 13 cents each — tight margins in any economy. Before there were interstates, he trucked the best produce grown in South Carolina, Georgia, and the North Carolina mountains not only to Kannapolis, but also as far north as Blacksburg and Roanoke, Virginia. He bought watermelon patches — 25 acres each in Rockingham and Wilmington, and 20 acres in Pageland, South Carolina — and worked them from early July through August, then harvested and hauled the melons to market.

PawPaw and his teenage son spent nights in or under the loaded truck with a shotgun to protect their produce from thieves. Many nights, they slept on top of the produce, removing a watermelon for the hips, another for the shoulders. In all the years of sleeping with a shotgun, it was fired only once — on Cannon Boulevard in Kannapolis. One shot over the culprits’ heads did the job. 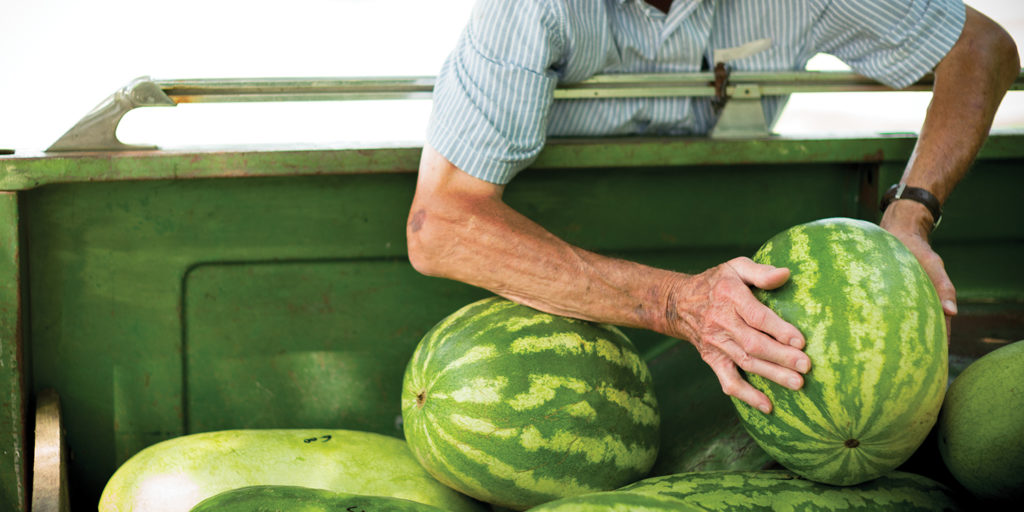 Nothing’s wasted with a ripe summer watermelon: Pickle the rind, slurp the juice, cube the fruit, and spit the seeds. photograph by Charles Harris

A farmer with a sixth-grade education, PawPaw was “the smartest man I ever knew,” my grandmother used to say. He provided for his family and paid cash for his children’s graduate and medical school tuitions by selling what grew fresh in the fields. Customers came from near and far for his fruits and vegetables, but also for cold, bottled Cokes and orange Nehis, salty slabs of country ham, candy cigarettes and the real ones in cartons. My granddaddy knew every farmers market between Blacksburg, Virginia, and Miami, Florida, like the back of his callused hands.

Just about everything I needed to know in life, I learned while working at his market for a few weeks every summer. As I swept floors, labeled bushels and bins, weighed produce, bagged groceries, shelled crowder peas, sliced rounds of cheese, and shucked white corn, I learned that good food is hard work. While counting a day’s wages in my grandparents’ kitchen, I learned the value of earning your keep. All those bruised cucumbers, poked peaches, and nicked tomatoes taught me that damaged goods belong on the dinner table, not in the trash. I also learned that unloading melons from PawPaw’s pickup built more than muscles. It built a healthy respect for farmers, compassion for those who do manual labor, and proof that persistence pays off.

Now, when I travel our state, I look for farmers markets. One whiff of sweet cantaloupes in an open-air booth can catapult me back to summer mornings at Jordan’s Fruit and Produce Market, to a simpler time when the fruits of our labor were tangible and tasty. PawPaw certainly would be heartened by the popularity of produce markets like his. But as we fill our reusable bags with the season’s harvest, I’m convinced that we’re reaching for more than just good food — we’re digging around for our roots.