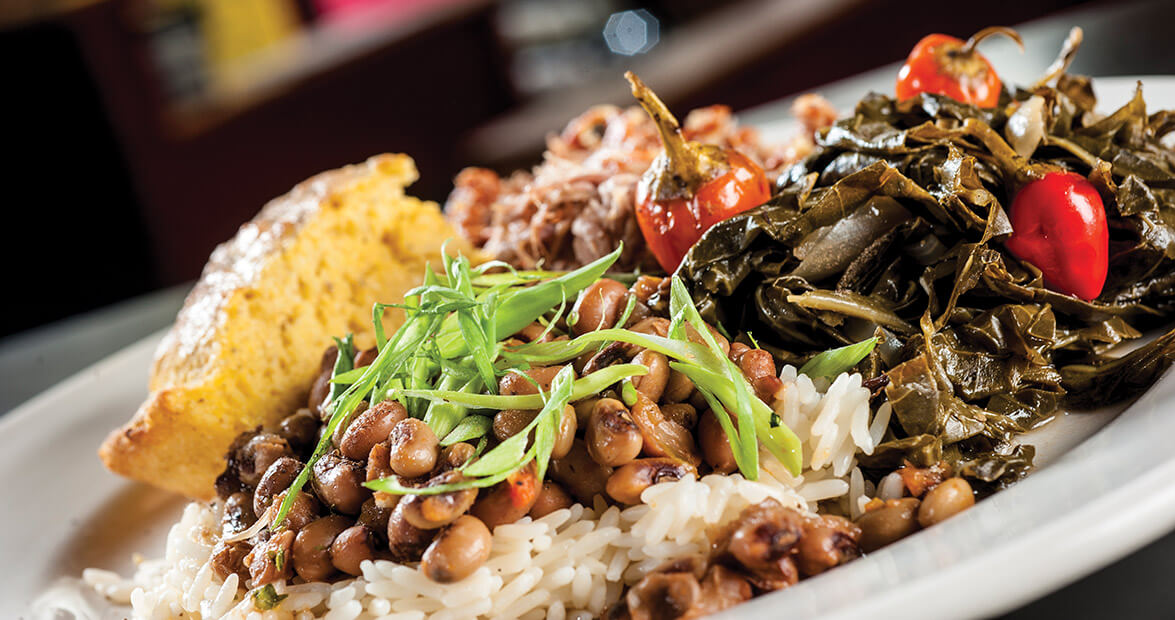 EDITOR’S NOTE: This story was originally published in the January 2016 issue of Our State.

Rice for riches, peas for pennies, collards for dollars, cornbread for gold.

No matter how you feel about these foods the rest of the year, there’s a good chance that you’ll be eating some combination of them on New Year’s Day. Purists insist that you should start the new year with a “luck and money” feast of black-eyed peas and collards at home with friends and family, but three North Carolina chefs who credit luck — in addition to their hard work — for their success will be cooking up their own versions of the traditional meal.

When Jeff Shellman, general manager and co-owner of the Dan’l Boone Inn in Boone, was a kid, the only time he ever ate black-eyed peas was on New Year’s Day. His grandmother put pennies in the beans, and he and his cousins made a game of trying to find them. As he grew up, Shellman found that making his way in the world was kind of like hunting for pennies in a mess of beans: Success requires a lot of tenacity and a little luck.

Shellman was a smart kid from Gastonia who wanted to go into management someday. Watching those new skyscrapers rise in Uptown Charlotte in the ’80s and early ’90s inspired him. He pursued a business degree at Appalachian State University (ASU) and intended to go into banking.

Then, in 1989, Shellman got lucky in an unexpected way.

He was a sophomore at ASU and wanted to live off-campus, but his parents said that he had to cover the extra expense himself. To pay his rent, Shellman got a job washing dishes at the Dan’l Boone Inn — a 30-year-old restaurant in a 100-year-old house in a small college town. For him, then, it was the perfect job: “The Dan’l Boone was right behind my apartment, and they were hiring,” he says. “I thought it would be convenient.” 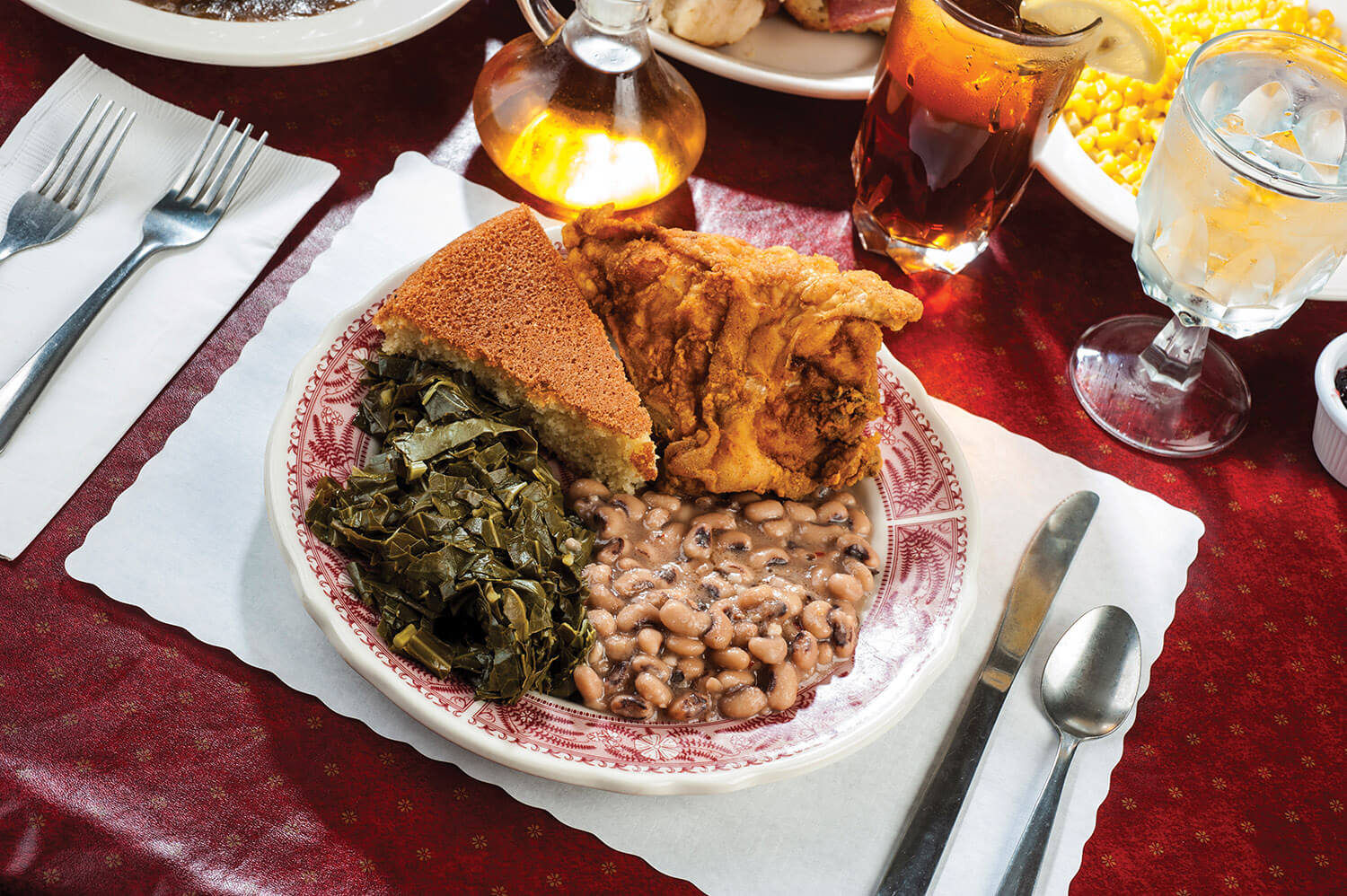 Jeff Shellman serves up a plate of good luck with fried chicken at the Dan’l Boone Inn. photograph by Bryan Regan

During his first weekend washing dishes at the restaurant, Hurricane Hugo blew through the state, forcing North Carolinians to flee the hard-hit coast and Piedmont for the mountains. The result was that the Dan’l Boone had its busiest weekend of all time, leaving their newbie dishwasher with seemingly endless piles of pots and pans.

A different kid might not have looked up from the dirty dishes and soap suds to see the opportunity. But Shellman found that he liked it at the inn, liked the close-knit family feel of the place. His senior year, Shellman completed a business management internship with Dan’l Boone’s owner, Jim Paul, with whom he’d struck up a rapport. He stayed on after he graduated, and Paul continued to mentor him. In 1996, Paul retired from the day-to-day management of the inn. Seven years after Hurricane Hugo buried him in dirty dishes, Jeff Shellman was running the place. At New Year’s, the traditional black-eyed peas, collard greens, and cornbread come with a side of pickled beets. Red is for rubies.

Like a lot of us North Carolinians, there’s plenty of good food in Kevin Callaghan’s family history. Callaghan, the chef and owner of Acme Food & Beverage Co. in Carrboro, credits his grandmother for his appreciation of fresh fish. “When she cooked fish, it was out of the farm pond,” he says. “It was bream, not striped bass.” And while it’s probably fair to say that family meals are important to most of us here in the South, in Callaghan’s family, they took on an added dimension: His father had had polio and couldn’t walk well. “We spent a lot of time at the dinner table,” Callaghan says.

In spite of his family history, in some ways Callaghan’s path to restaurant ownership is even more unlikely than Shellman’s. Before he was Chef Callaghan of Acme Food & Beverage Co., he was a Morehead Scholar at the University of North Carolina at Chapel Hill, with dreams of becoming a writer. For extra cash, he worked at Crook’s Corner, a restaurant ahead of its time in terms of farm-to-fork sourcing. He stayed for almost 10 years before heading west. Less than half a mile west, to Carrboro.

In the early days of his restaurant, “mistakes were made,” says Callaghan. “There’s an old restaurant joke: The person who makes money in a restaurant is the second owner.” 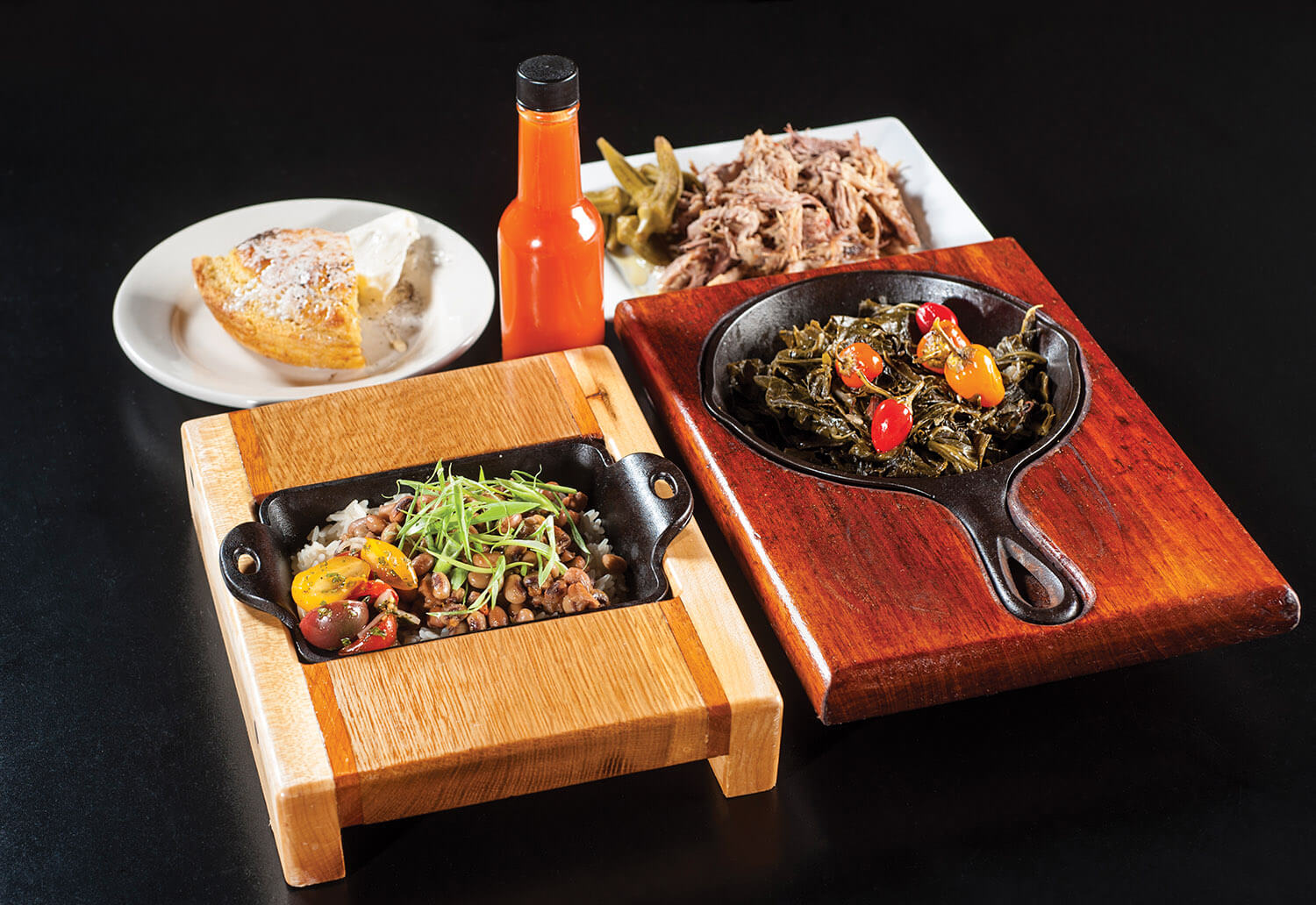 In the restaurant’s first year in 1998, just as students were returning to campus at UNC-CH, the local health department gave one of the sorority kitchens a failing grade. The sorority decided to gut their kitchen and completely remodel. In the meantime, it hired Acme as its house kitchen. “We provided three meals a day. It got us through that first year,” Callaghan says.

Callaghan’s writing, posted online, gave the restaurant the final push it needed to succeed. “I started to tell vignettes about my connection to the food, about the farmers who provided the ingredients. Customers began to get the narrative we were trying to get across. That’s the power of story.”

The community behind the meal extends beyond the restaurant’s doors: The collards come from John Soehner at Eco Farm in White Cross, and the black-eyed peas are farm-frozen (black-eyed peas are a summer crop, after all) by Michael Brinkley at Brinkley Farms in Creedmoor. And the pork? Callaghan and his crew go all out at New Year’s with a whole hog from Firsthand Foods in Durham. 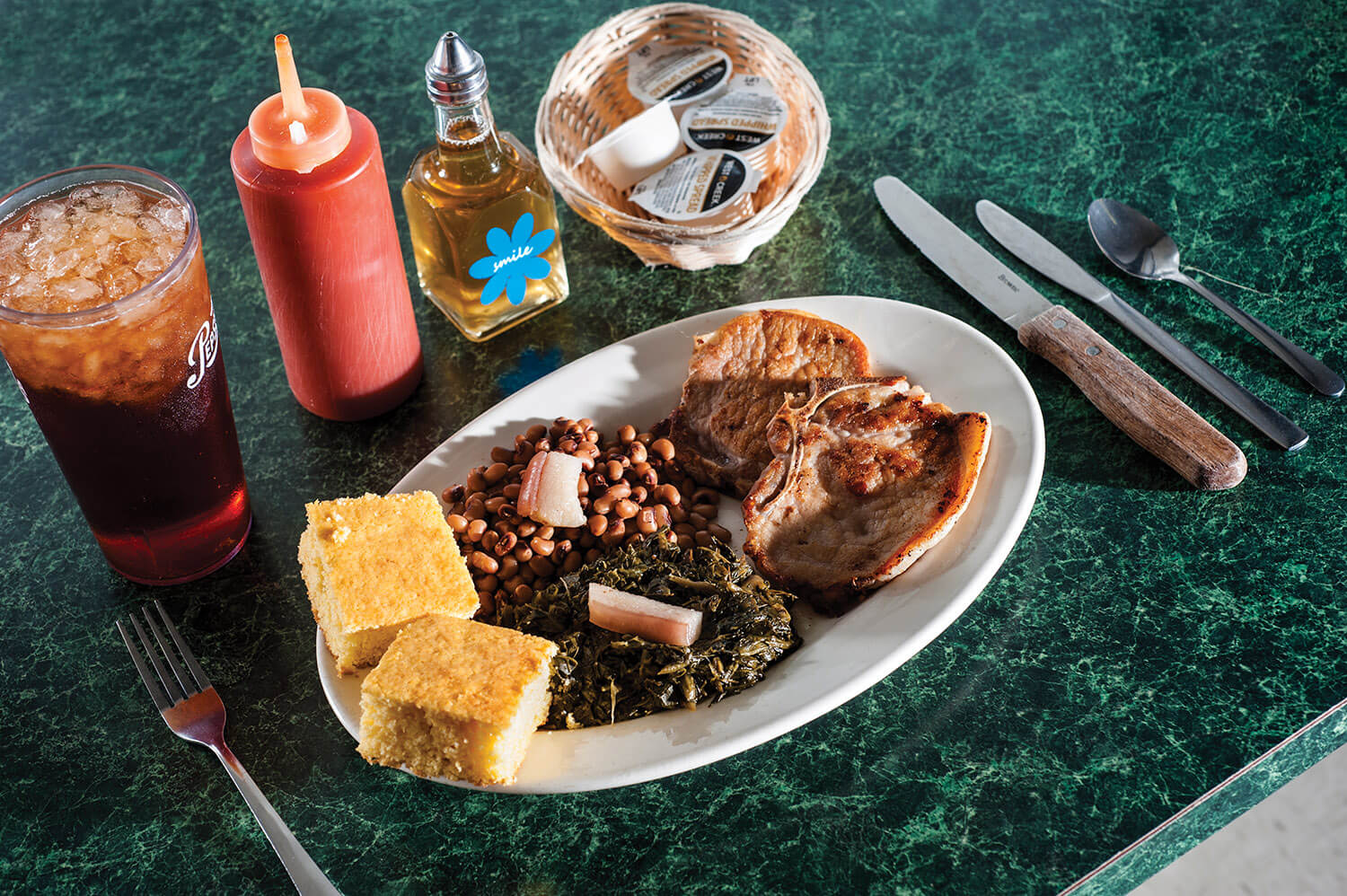 Where the success of some restaurants is a slow boil, Legends Family Restaurant in Thomasville has become a local institution in only four years. Owners Tara and Lee Kennedy had experience in the industry, but dreamed of opening their own home-cooking restaurant. Through a series of “blessings” — a term they prefer to “luck” — they were able to do so in 2011. Manager Kay Angel says Legends served its first New Year’s special the next January, featuring greens, beans, cornbread, and “pork of some sort, from chops to a butt roast. Anything but hog jowls.” Depending on what cut of pork is used, the price is only around $8, so it’s no surprise that regulars flock there. Legends is also open on Thanksgiving and Christmas Eve. “Holiday crowds are different,” Angel says. “We’re a small town, so everybody knows everyone, and both the customers and the staff are in great spirits. You could call us a family. We like being together on a special day.”

Luck. Blessings. Good fortune. It’s not a stretch to say that no money was ever made without them. When you eat your black-eyed peas and collard greens this New Year’s Day, make sure you wish for them in equal measure.