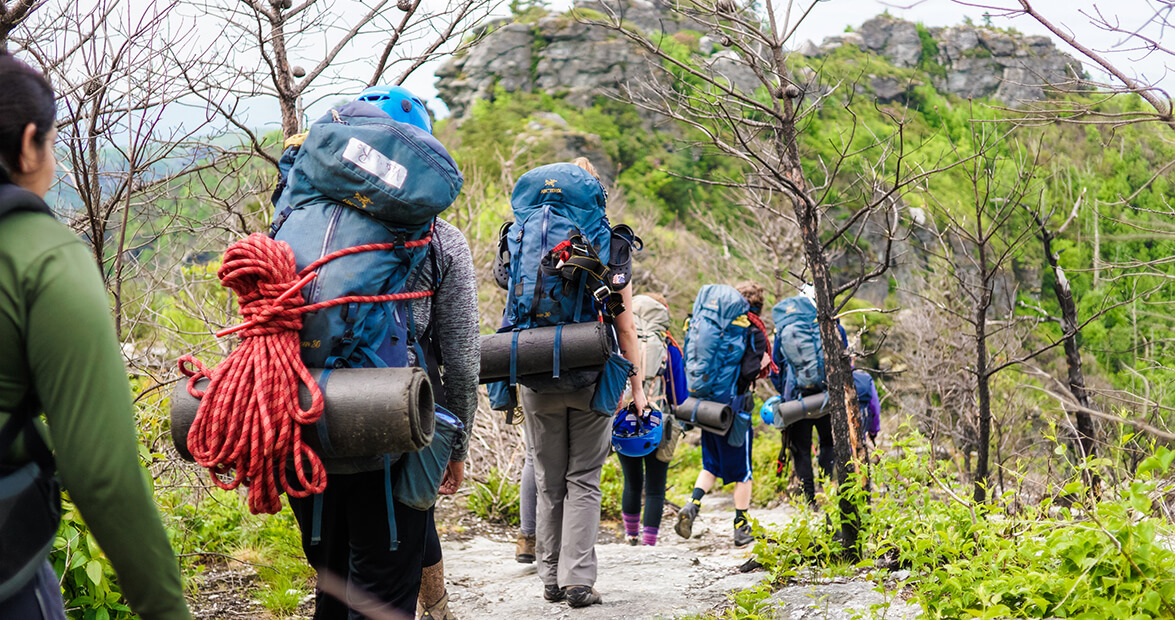 Sarah Holland was looking for a bit of adventure when she walked into the Linville Gorge, but mostly, she was hoping to become a better teacher. That’s why the 26-year-old signed up for an eight-day wilderness trek around one of the most rugged canyons east of the Rockies with North Carolina Outward Bound, an experiential education school based out of Asheville. Holland’s plan was to spend most of the time backpacking and rock climbing with a dozen other teachers to gain insight into cooperative learning. She would also spend one day and one night camping by herself. Holland went into the trip expecting trust falls and campfire discussions, but she ended up with a greater understanding of herself. And that understanding came not while scaling a sheer rock face or trudging long hours through steep terrain, but while sitting in the woods alone. “It was the first time in my life I’ve ever been completely anxiety-free,” Holland says, thinking back on her time in the wilderness. “It was such a gift.”

Outward Bound specializes in these sorts of gifts. There are more than a dozen Outward Bound schools scattered across the United States, with programs aimed at a variety of participants — middle school-age kids looking to build basic wilderness skills, teens, families, teachers, and veterans. They’re students, CEOs, teachers, and stay-at-home parents. They’re fresh out of high school or freshly retired. They’re experienced outdoorsmen or complete novices who’ve never spent a night in the woods. The people are different, but the concept behind each Outward Bound program is the same: “Change lives through challenge and discovery.”

In western North Carolina, the landscape for that “challenge and discovery” includes a tumultuous corner of the southern Appalachians where the Linville River has carved a 1,400-foot-deep ditch through the surrounding peaks. From Outward Bound’s Table Rock base camp, instructors lead multi-day treks through the gorge, where participants learn wilderness-based skills like navigation and water purification, while also digging deep into life skills such as conflict resolution and leadership.

Many are looking for something bigger. “They want an experience that will shake up their life,” says Lindsay Ward, an Outward Bound instructor, “and they want that experience to be in a setting they’ve never been in before.” 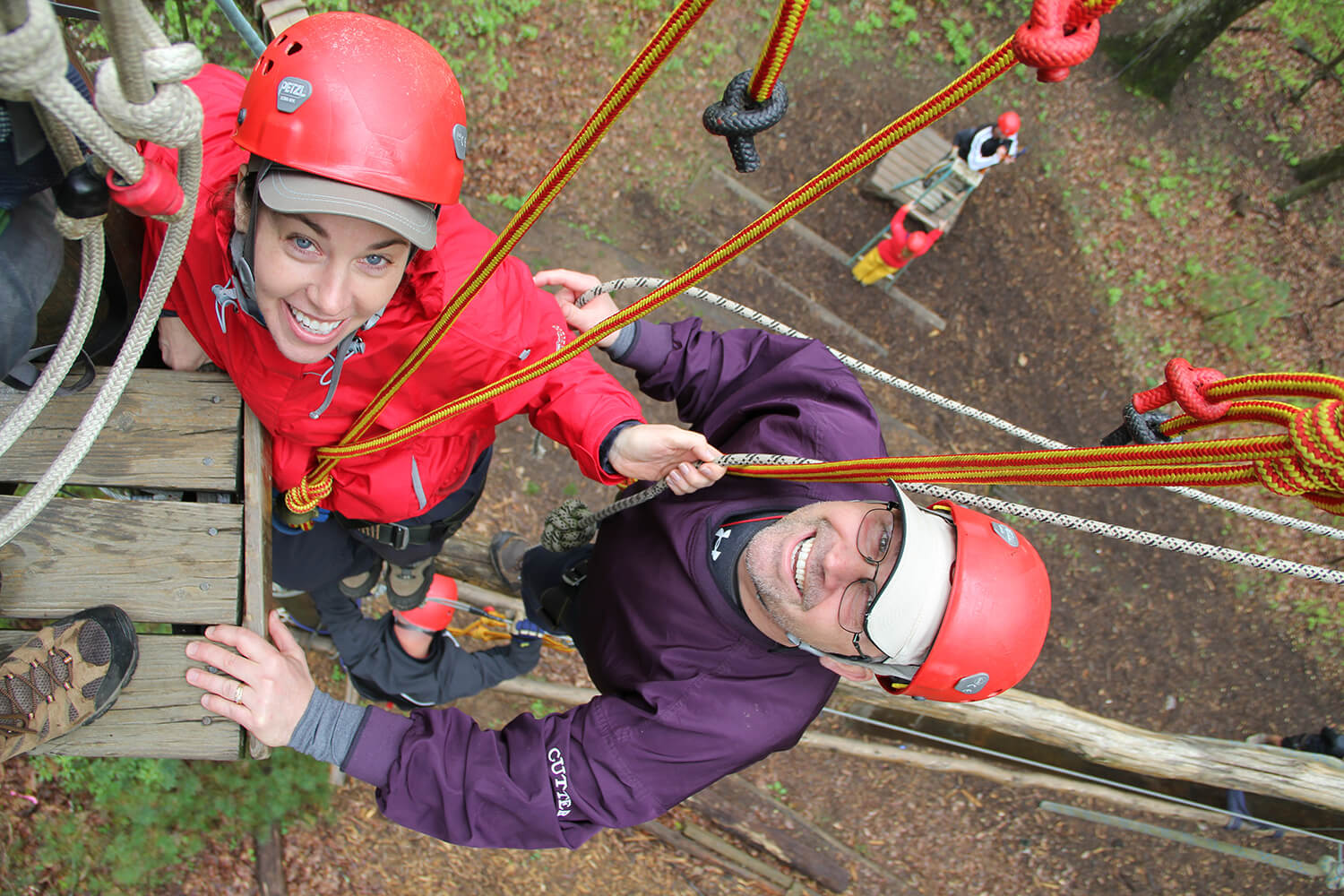 Each week-long wilderness trek has an added adventure: either rock climbing or whitewater canoeing, both of which are physically and mentally demanding activities that the instructors can tailor to each student’s abilities.

“If it’s not challenging enough, we’ll make it harder. We’ve had people rock climb blindfolded, or with one hand behind their back,” Ward says.

In the midst of all of these mental and physical challenges, students are also learning how to tie ropes, cook meals, establish safe campsites, and navigate with topographic maps and compasses. Outward Bound isn’t a guide service; it’s a school where participants learn how to guide themselves through the mountains. Every person has a different role daily.

The experience culminates with “the solo,” in which the people taking part spend from three hours to three days alone in the wilderness, depending on their age and comfort level. It is true solitude. No watches. No phones. No books. Younger students tend to say that the solo was the hardest part of the course, while older students insist that spending time alone was the best part.

Outward Bound was originally developed in 1941 in Wales as a program to help British sailors become more self-reliant while on the high seas.  (Seamen used to describe themselves as “outward bound” when they were setting sail for a long stint on the ocean). Sailors back then were treated as crew members, not passengers, a philosophy that still underlies Outward Bound’s programs.

“This isn’t a guided vacation,” says Whitney Montgomery, North Carolina Outward Bound’s executive director. “The tenets that were established at the beginning of Outward Bound hold true today. There’s more in you than you know. If you can be made to see it, you won’t settle for anything less.”