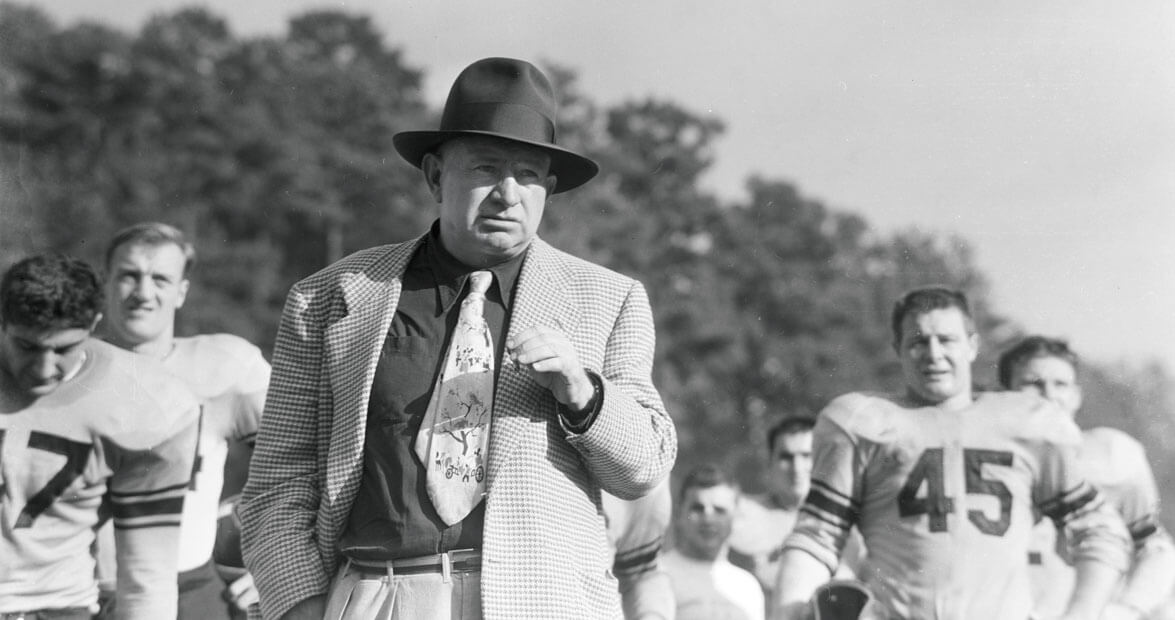 The 1940s were a simpler time. Not in every way, of course, but at least in the way that you could fool a high school kid into attending Wake Forest by showing him around … Duke.

This is a real story, insofar as it’s been told over and over again by some of the folks involved, and was chronicled in a recent biography of football coach Douglas “Peahead” Walker entitled, naturally, Peahead!

In 1947, Bill George was a 6-foot-4, highly prized high school football player from Pennsylvania. Walker (to repeat: “Peahead”) was the coach at Wake Forest College, which was still actually in the town of Wake Forest. He was worried that George might not be impressed. So he picked him up at the Raleigh train station, put him in the back of a Cadillac, and drove him to Duke University instead. Someday, Walker told him as they gazed up at the majestic Duke Stadium, you will play here. George was sold.

Of course, once George got to Wake, the story unraveled. After a few weeks, he asked Walker where the pretty buildings were. “Them buildings, they’re on the West Campus,” Walker told him, according to Peahead! “That’s for upperclassmen. This here’s the East Campus.” Later, when George played a game at Duke, he realized he’d been duped. I didn’t lie to you, Walker supposedly told him. I told you you’d play here one day.

Anyway, George went on to be an All-Pro in the NFL, and Walker became the winningest coach in Wake Forest history. But he’s more remembered for his intense practices, colorful personality, flashy neckties, and bizarre nicknames. (Butterfingers! Hogjaw! Amoeba Brain!) All that, and an ever-present wad of cash in his pocket, which he once used to pay off his players, who voted 30-1 to skip the inaugural Gator Bowl in 1946 because they preferred to go home over the winter break to earn some spending money. Wake went. They won.

Walker’s legendary luring of George overshadows another failed recruitment effort: At one point, Walker saw Arnold Palmer on campus at Wake and asked him if he’d like to play football. Palmer stuck to golf. Wonder what became of him.