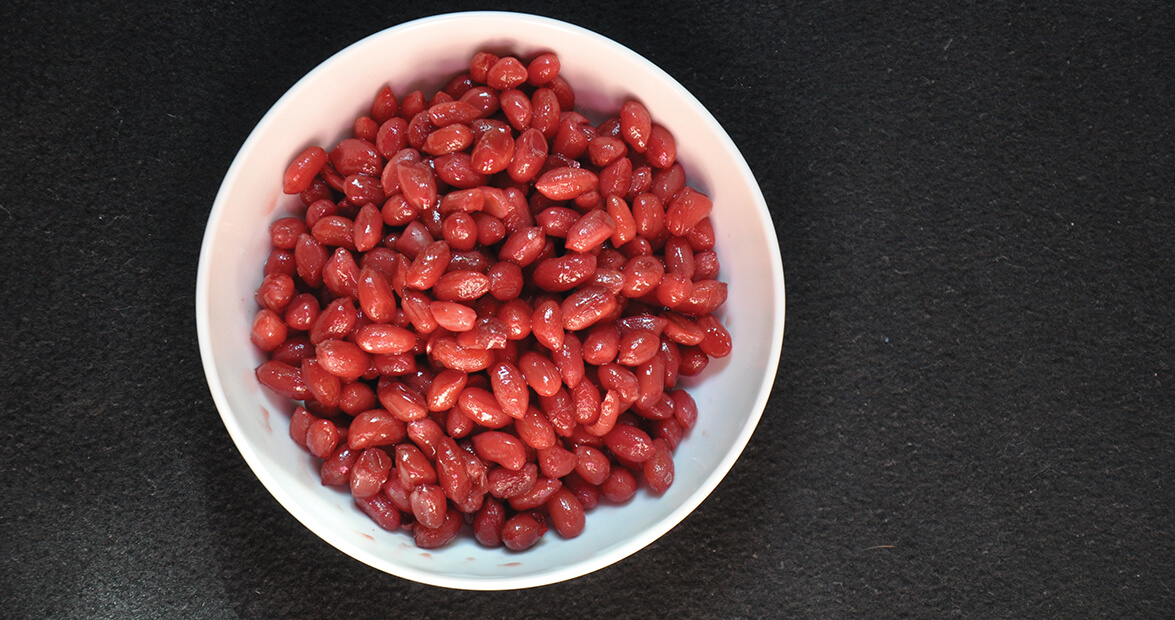 Chef Marc Jacksina believes in using what he’s got. The philosophy infuses everything he creates in his kitchens, including pig’s feet. Unsurprisingly, Jacksina prides himself on liking “ugly food.” So when a local farmer delivered 60 pounds of raw peanuts to Jacksina during his stint as executive chef at Halcyon restaurant in Charlotte’s Mint Museum, he began thinking about how he could go beyond, well, peanut soup. At the same time, “blizzard grits,” larger and more uniform than the ones you find on your breakfast plate, arrived from a grower in Edisto, South Carolina.

Enter the chef’s genius. Jacksina wanted to mimic an abalone porridge he’d eaten while on the West Coast. Also known as a congee, the porridge was basically a long-cooking rice dish with multiple ingredients. How can I replicate this dish in the South, he asked himself, using the South’s traditional ingredients? The result was his personal take on boiled peanuts, using kombu, a dried seaweed, plus star anise, which Jacksina uses “in everything. Star anise is the rhythm guitar” in recipes, he avows. “You don’t even notice it, but it’s the mystery.” His is a two-step process of boiling the peanuts — all right, he calls them braised — and then glazing them with Cheerwine, a North Carolina nectar and the perfect sweet complement to salty soy. Voila. Jacksina’s boiled peanuts, blogged about by the James Beard Foundation, become a garnish and look-alike for his smoky field peas served with blizzard grits and charred lamb heart. Taste trumps pretty every time.

When he’s not cooking boiled peanuts himself, he buys them from a guy whose stand is reliably right down the road.

In a saucepot, combine the peanuts, kombu, kosher salt, and star anise; cover with water. Bring to a gentle boil and cook for 2 to 3 hours, adding more water as necessary to keep the peanuts covered.

Strain and shell the peanuts. (Discard the kombu and star anise.) You should be left with about 2 cups of peanuts.

In a clean medium saucepot, combine the shelled peanuts with the Cheerwine, mirin, white soy sauce, and Tabasco. Bring to a boil, then reduce to a simmer and cook for 30 to 40 minutes, stirring often, until the liquid has reduced to about 2 tablespoons.

Lay the peanuts on a parchment-lined sheet tray and let cool.

Store in an airtight container for up to 2 weeks.