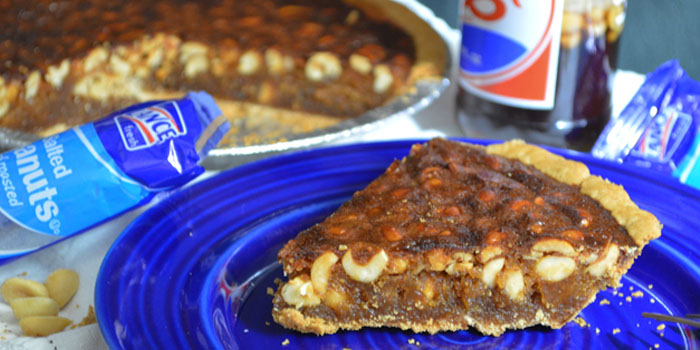 If you’ve ever poured a salty pack of Lance Peanuts into an ice cold glass bottle of Pepsi-Cola, then you’ve got to try this recipe. I’ve searched the Internet and haven’t found another pie like this anywhere. Like Pepsi, this recipe was born in the Carolinas.

When I was younger I spent a few summers working around the tobacco barns in the Sandhills. I was a bit too young to go out in the fields and prime tobacco, so I worked around the barn, taking off sticks, or handing tobacco. Only once was I allowed to go out in the field and prime tobacco with the older guys, and once was certainly enough for me. I was more than happy to hang around the shade of the barn and take off those sticks of tobacco, listening to the latest stories or a song.

Morning break time at the tobacco barn was always the highlight of the day. The primers would come in from the field, wet with sweat from the hot morning sun, covered in sticky old tobacco tar. That’s when the owner of the field would come back from the local store, with a large selection of nabs, oatmeal cookies, Moon Pies, Lance Peanuts and of course Pepsi colas. After a hot morning of work, it was time for the “taste that beat the others cold,” a Pepsi slogan from years past.

We’d grab that cold bottle and a pack of Lance salted peanuts, and then find a spot in the shade to sit down for a few minutes. Ripping the top of the peanuts pack open with our teeth, we’d take a sip of Pepsi and then fill the bottle up with the salted peanuts, watching it fizz over from the salty mixture being added to the cola. Then, we’d spend the next few minutes telling jokes and trying to get those peanuts back out of the bottle with a big swig of Pepsi. Those were great days, despite all the hard work.

This quick and easy recipe offers you a delicious twist on a classic pie. You’ll need to make the Pepsi syrup reduction first so that it can cool down before being added to the eggs in the pie filling. Once the syrup has thickened and cooled, it’s a snap to assemble the pie and pop it in the oven.

Does it taste like the peanuts in the Pepsi did long ago? I’ll let you decide. If nothing else, it’s sure to bring back lots of memories, and generate intrigue just from the mention of its name. I do hope you’ll give it a try.

Ready to get in the kitchen and start? Alright then… let’s get cooking!

What you’ll need to make the pie: 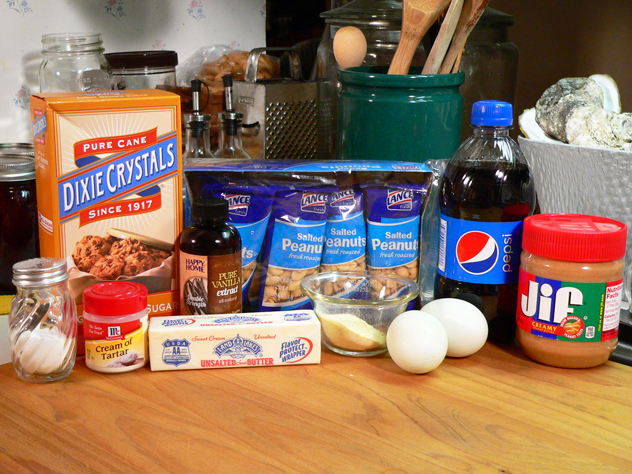 You’ll need to make the syrup first so that it can have time to cool before it’s added to the other pie ingredients. We don’t want to add hot syrup into our mixture or the eggs might end up scrambled. 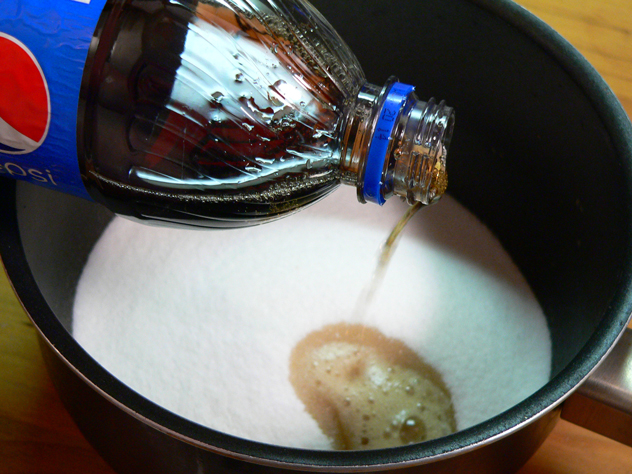 To begin, place the sugar into a medium sized sauce pot. Pour the Pepsi in next. Add the cream of tartar and a pinch of salt. Stir well. Place the pot over medium-high heat, and bring the mixture to a rapid boil. Be sure to stir it constantly until the sugar is fully dissolved.Once the mixture begins to boil, reduce the heat down to a simmer, and cover the pot. Let it simmer for 3 minutes with the cover on, then remove the cover.It will take about 15-20 minutes for the syrup mixture to reduce and begin to thicken. Keep a close watch over it, stirring often. 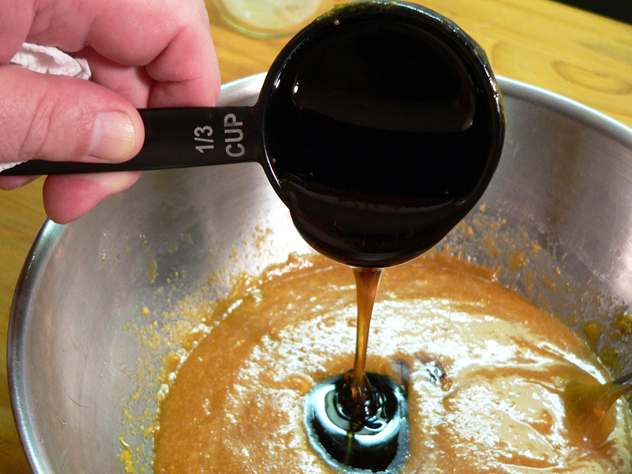 Follow our instructions in the printable recipe for adding the cooled syrup to the other ingredients to make the pie filling. 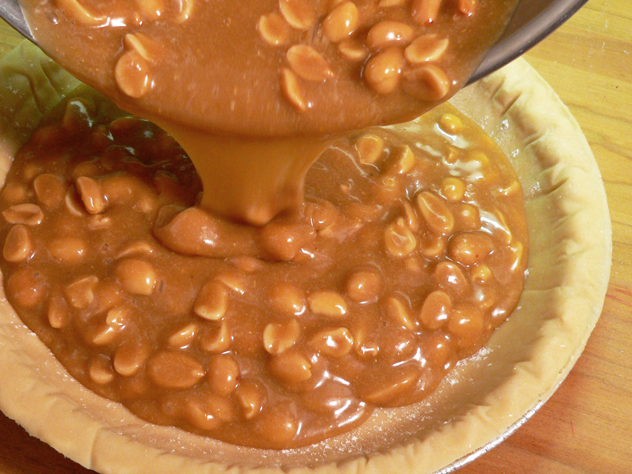 Once it’s prepared, pour the filling into your unbaked pie crust. You could certainly make your own crust, but if you use a ready-made frozen one, just add the filling to the frozen crust. Do not thaw it out first or overfill the crust – this recipe filled one 9 inch crust completely. To avoid spills, place the pie on a baking sheet before placing it on the center rack of your oven. 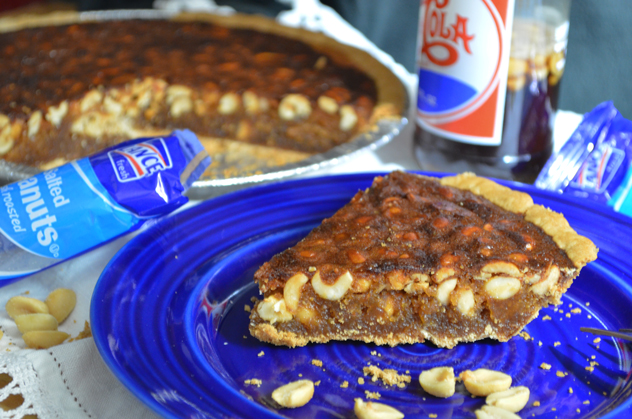 The pie is ready when you can gently press down on the center and it springs back up. When the pie is done, remove it from the oven and place it on a wire rack to cool completely.