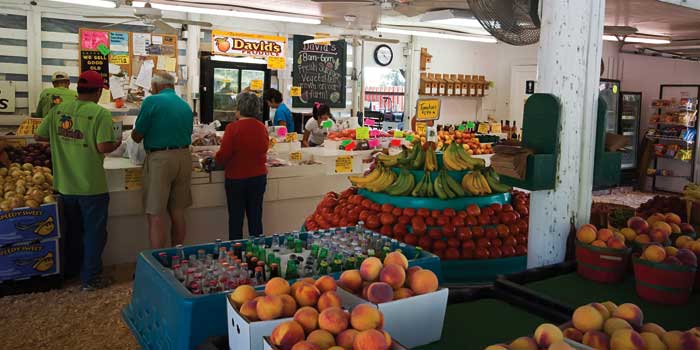 In North Carolina, our travels aren’t complete without a produce pit stop. It’s a family ritual. In the mountains, we purchase pumpkins from hillside stands. When we head east, we stop for tomatoes to make the sandwiches that sustain us during weeklong stays at the beach.

Every trip reminds us that our home state is an agricultural powerhouse. Last year, North Carolina farmers grew 18 million pounds of strawberries, 39 million pounds of blueberries, and 241 million pounds of peanuts. Those crops feed people around the world, and we take pride in knowing that they come from our soil. The produce comes to represent a region: apples in the Blue Ridge, peaches in the Sandhills.

We all have our favorites — Barber Orchards Fruitstand, David’s Produce, and Petals and Produce are three statewide standouts. Sometimes, the best part of the trip is the places we find along the way. 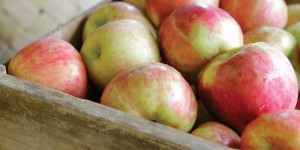 As late summer approaches, the line of patrons waiting for a taste at Barber Orchards Fruitstand is 20-people deep. It’s easy to overlook the place, located along Old Balsam Road in Waynesville, but the goodies you find inside make it worth the slight detour off the Blue Ridge Parkway.

The stand began in 1932, and for almost 20 years, Jane and Benny Arrington have owned and operated the local landmark. Customers come from all over — some drive hundreds of miles for a slice of the old-fashioned apple cake. It’s the one thing you don’t want to leave without.

However you like your apples, the Arringtons have them. Choose from 20 different fresh-picked varieties, or get your fill of homemade desserts right on the premises. A bakery located in the back turns out jams, jellies, cookies, pies, turnovers, and cider. 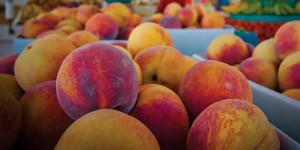 Owner David Sherrill began selling fresh produce out of the back of his truck, but in 1982, he opened David’s Produce, a stand located four miles north of Ellerbe on U.S. Highway 220, where you can purchase peaches and watermelons picked just hours before you get there.

David’s is a favorite of those headed home after a weekend getaway to the beach. They come for homegrown produce and the garden center full of flowering plants. The neighboring ice cream shop serves Hershey’s ice cream, sundaes, banana splits, and more. If you come during peach season, don’t leave without one of David’s milk shakes made with peaches plucked from the orchard right behind the stand. 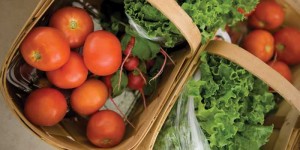 Petals and Produce is the pride of husband and wife Tom and Heather Van Staalduinen, who’ve run the stand since 2000. With two locations, one in Pinetown and the other in Washington, Petals and Produce offers farm-fresh fruits and vegetables, homemade jams, and cut flowers. This month, you’ll find okra, field-grown tomatoes, and ‘rocky hock’ cantaloupe.

Petals and Produce sells homemade salsas, jams, pickles, and relishes for $5.50 a jar. Don’t leave without the top-selling raspberry jalapeno jam, best served over a block of cream cheese with some crackers as a go-to appetizer.

If you have time on your way to or from the coast, Tom and Heather welcome visitors to tour the family farm, located in the Yeatesville community on U.S. Highway 264 between Washington and Belhaven.