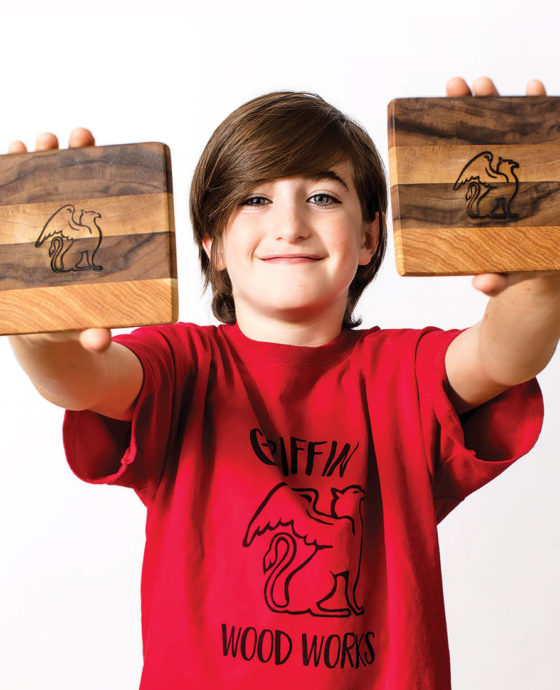 On a Sunday morning last December, the fellowship hall at Raleigh’s Temple Beth Or was abuzz with families clustered around tables loaded with festive items for sale. For six years, the temple’s Handmade Hanukkah Market had been a popular event, specifically designed to showcase the talents of local Jewish artists, crafters, and cooks. Early on, a long line meandered through the room, ending at the Sweet Boy Bakery booth, where two teenage boys exchanged loaves of bread and bags of sweets for cash, while a third young man dug around in cardboard boxes under the table, trying to restock as quickly as he could. The Sweet Boys soon sold out of their challah bread and babka, and their supply of rugelach — another Hanukkah favorite — was dwindling. 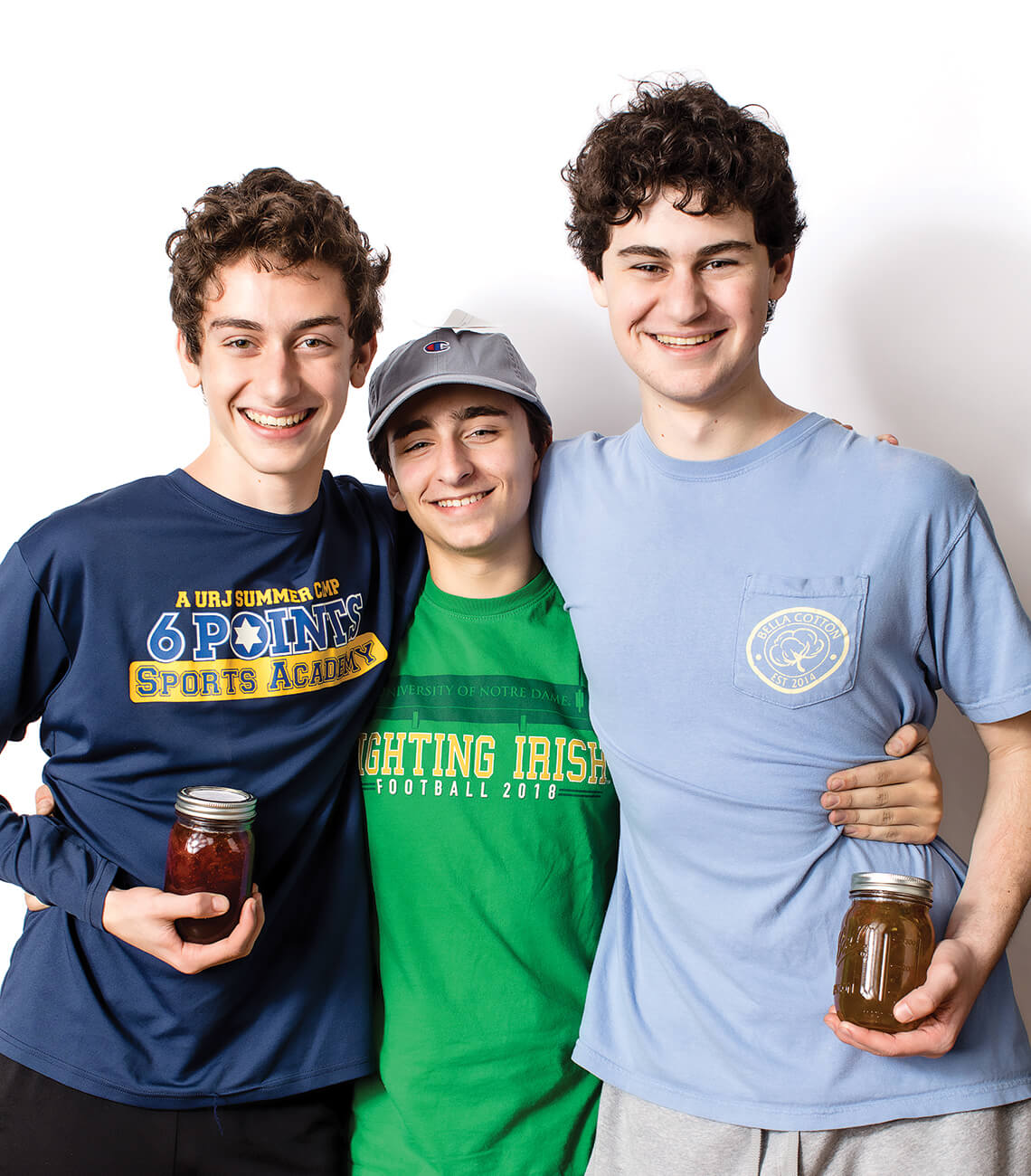 When the rush slowed down, the young entrepreneurs — two brothers and a close friend — huddled momentarily and then high-fived before calling home to see if someone might be able to bring more homemade jellies and jams, delicate French macarons, and the trio’s clever paint-your-own-cookie kits, which include a little brush and a tablet of water-soluble icing. Normally, their mother, baker Sharon Schwinger, would have been with them, but she had another event across town that day. “Our mom is the mastermind for our business,” eldest son Harrison says. “We’re just the behind-the-counter guys.”

Sharon says that even when her boys were young, they helped out with sales at the booth. But now, Harrison and Lucas — along with their brother Grayson — have learned to bake on their own. All three have won North Carolina State Fair ribbons for their creations. And there’s a good reason for that: Their mother teaches food and nutrition at Leesville Road High School. “I wasn’t going to be the mother-in-law who didn’t teach her sons how to do anything,” Sharon says. The boys’ good friend Joel Mesecar was also recruited to the family kitchen. He aspires to be a food critic, and he often makes suggestions and performs taste tests when the group is working up a new recipe. At the Handmade Hanukkah Market in 2019, Joel subbed for Grayson. All four boys are members of Temple Beth Or, a close-knit group of families dating back to 1912.

Tucked into a forest of tall pines and deciduous trees off Creedmoor Road, Temple Beth Or is a sprawling building with banks of ascending windows and steeply sloped rooflines. The modernist architecture gives the impression of many tents pitched together, reaching for the heavens. Some 500 families belong to this vibrant congregation that’s led by rabbis Lucy H.F. Dinner and Leah Citrin. “TBO,” as its members fondly refer to the synagogue, has been nurturing generations of members for more than a century. By tradition, most of the market vendors are family teams from the congregation who aim to come up with offerings not likely found at other holiday shopping venues.

“I’m usually competing with my desserts and breads for people, not pets.”

Beyond the Sweet Boys’ booth at last year’s market, Felice Bogus, a two-time World Food Championships competitor, had set up with her husband, Bob Mermelstein, and their daughter, Margalit, then a senior at Cary Academy. They were selling their new line of handcrafted dog biscuits, called Ruff Stuff Treats. “The funny thing is that I’m usually competing with my desserts and breads for people, not pets,” Felice says, laughing. Her Peanut Butter Bones, the family’s most popular product, are made in small batches with grains collected from local breweries that discard them after making beer.

By noon, when the synagogue’s men’s group, the TBO Brotherhood, started selling deli sandwiches off to one side, two new vendors had begun to draw a clamor. Customers were forced to form lines to get a closer look at 8-year-old Noah Gluckowsky’s Lego menorahs, stylized in colorful patterns. Noah sat beside his baby sister and seemed dazed by the compliments he was getting. Fortunately, his gentle parents were there to field questions. 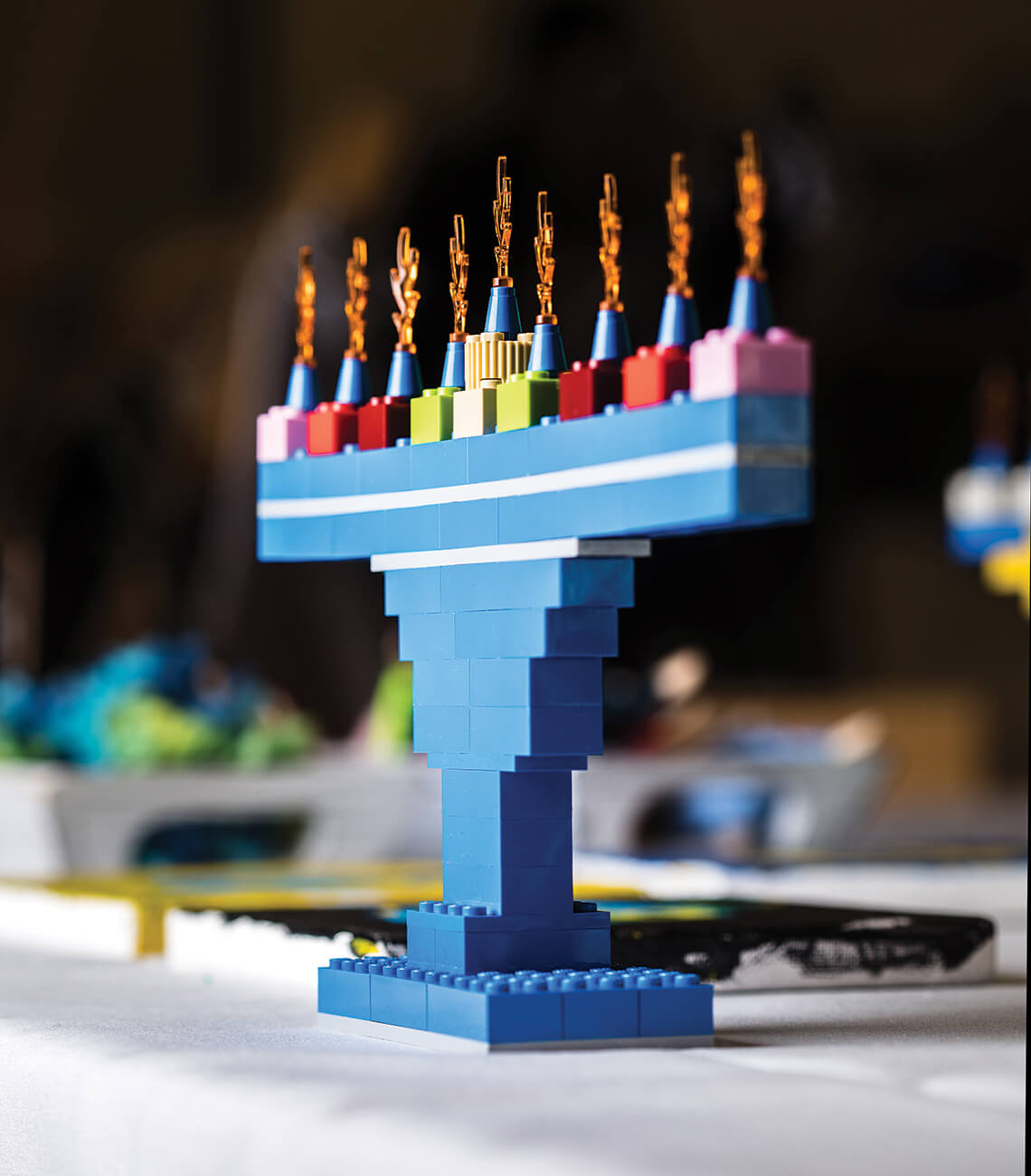 Next to the Lego menorah table, 11-year-old Griffin Burchell, his older siblings Adam and Maya, and their parents, Chris and Leigh, were dressed in matching red T-shirts bearing the Griffin Wood Works logo: a mythical griffin. The impish Griffin, all smiles, was hawking his cutting boards and coasters made from recycled woods that he cuts and planes with high-tech tools at The Maker’s Space in Raleigh. Back at his home workshop, he then sands, glues, and oils each piece to a lovely luster. The 2019 market was Griffin’s first event, and he reportedly earned the most in total sales that day. Also a member of the robotics team at Ligon Magnet Middle School, Griffin says that he’s considering a career in designing surgical robots.

“TBO is a special place,” his mother says. “The family vibe you see at the market is present in everything we do at Temple. I am so grateful for this community.” 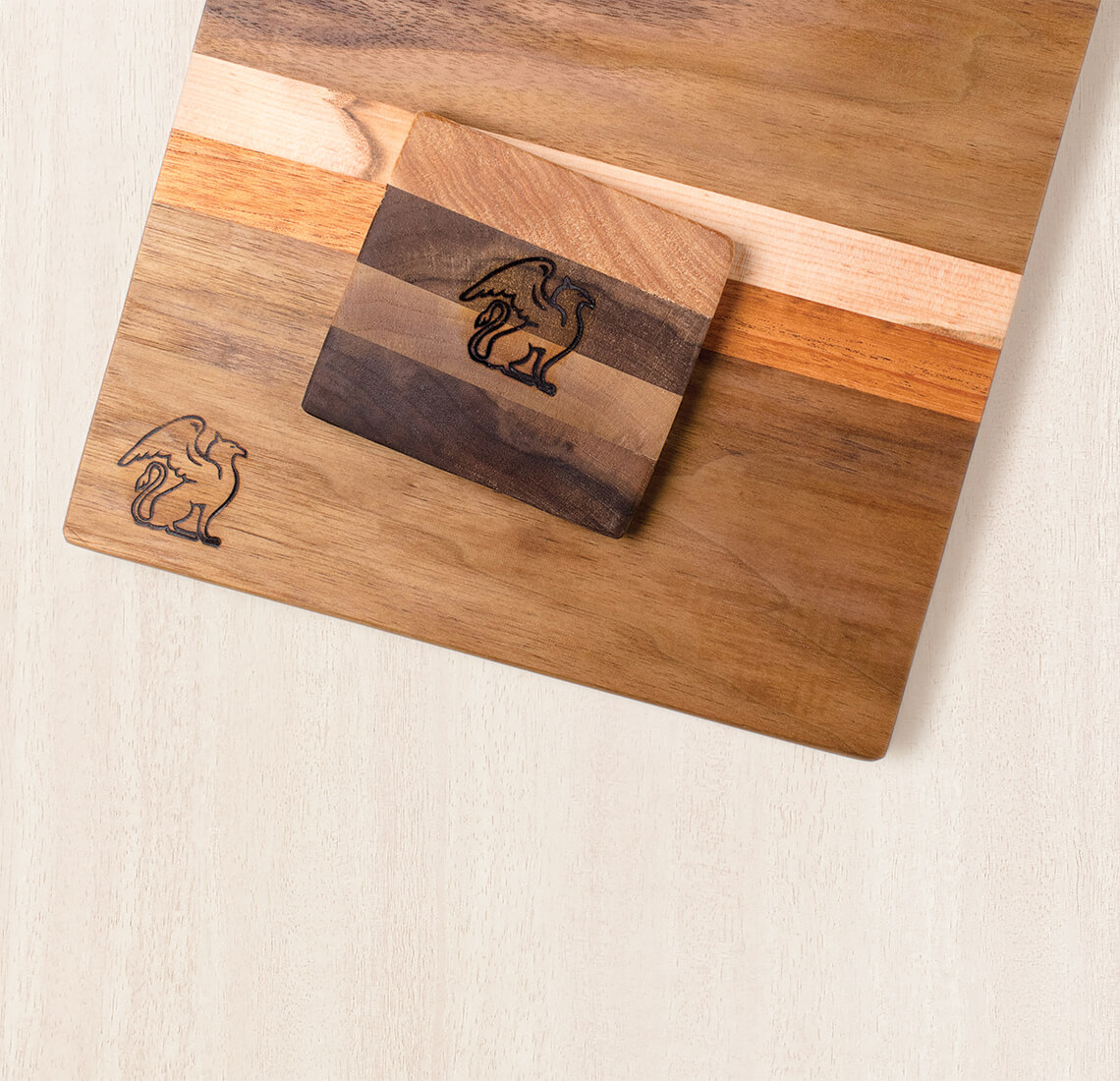 Griffin Burchell uses a laser engraver to etch his griffin logo — the winged lion of mythology — into the cutting boards and coasters that he sold at last year’s Hanukkah Market. photograph by Alex Boerner

A highlight of Hanukkah is the ritual lighting of menorah candles, one each day, to commemorate the week that Judah Maccabee and his followers reclaimed the sacred temple in Jerusalem in the second century B.C. As the insurgents rebuilt the altar and relit the ancient menorah, they discovered only enough purified oil to burn the lights for a single night. Yet somehow, the flames — which represented the creation of earth in seven days as well as enlightenment — never sputtered over eight days, when more purified oil was at last available. This miracle of light is celebrated by Jews around the world during eight days in December.

This year, however, Temple Beth Or’s candle-lighting ceremonies will be conducted in individual homes. Because of Covid-19 precautions, the synagogue has canceled both the Hanukkah Market and its one-night gathering of families who would normally assemble in the fellowship hall at dark. By tradition, each family would come forward to stand on the stage at the front of the hall with their own menorahs brought from home. Together, they would light the candles. And amid the sacred blaze of flames and the sweet, swirling scent of melting wax, the celebrants would claim the Hanukkah miracle, reciting blessings and giving thanks for their faith.

Market founder Robyn Riley is disappointed to miss this year’s celebrations, but the temple’s ability to pivot to new ways of celebrating only serves to reinforce the durability of its faith — and its compassion. “We decided to cancel the Handmade Market to make sure that everyone — both artists and community members — stays safe and healthy,” she says. “Hanukkah, to me, is a celebration of family, food, friends, and tradition. It thrills me that we have been able to attract these inventive young artists and their families, and we will be looking at dates for next year very soon.”

As for the Sweet Boys, the pandemic challenge of online classes at home has meant there’s been less time to spend on baking. Their mother, Sharon, says that the social isolation has been tough on the boys. “They particularly miss their friends from TBO Sunday school,” she says, though their “adopted” brother, Joel, has come over often for sleepovers during the shutdown. After all, he’s practically family.

In the golden light of mid-December, when the schoolwork finally slows down and the boys have more time to spend together, they will inevitably gather in the kitchen again, Sharon says. At the very least, they’ll make their treats for family and friends, a quiet demonstration of the resilience and warmth that still define Hanukkah.