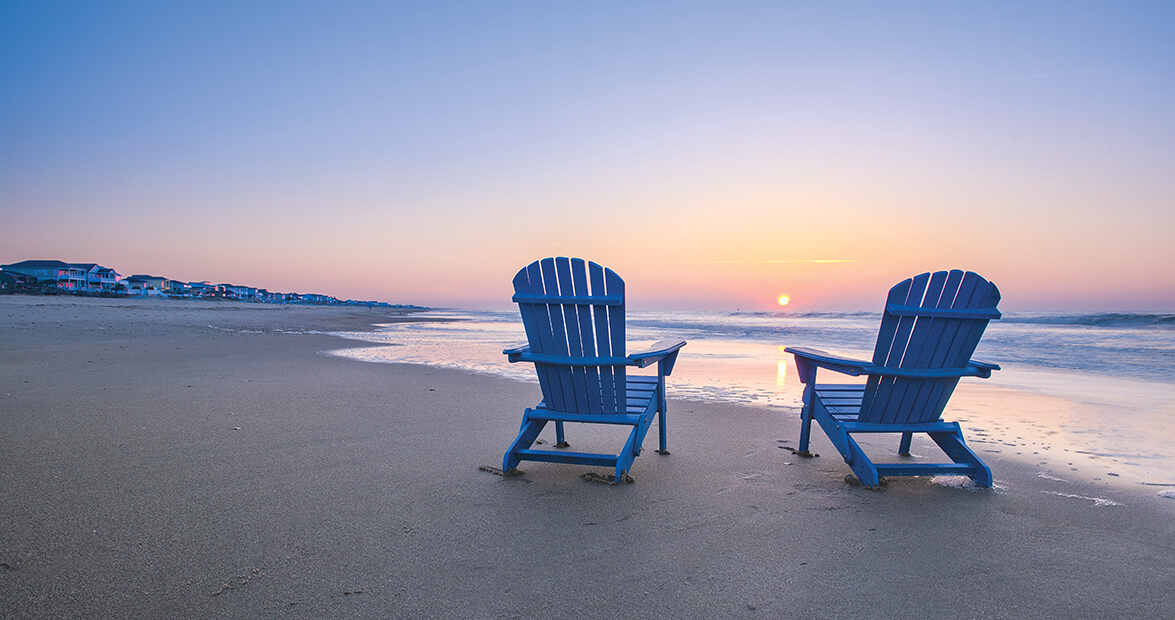 It may have been the year of the fish funeral when we first realized that we were on to something special, that we couldn’t plan for this kind of serendipity. It was a gradual dawning that we’d created something sustaining. Something that just might last forever.

The kids marched single file across the foot of the dunes, a solemn procession of grade-schoolers: six little girls and a pair of tagalong little brothers, bearing beach buckets and plastic shovels. We parents watched from the sanctuary of our beach chairs, arranged in a sprawling semicircle — each turned to the other — that would come to symbolize our community of friendships. Our kids had tried valiantly to keep the fish alive, hauling fresh seawater from the knee-high waves up to the cheap blow-up kiddie pool they’d turned into a makeshift aquarium. But there’s only so much a five-inch croaker can take. When the fish began to turn belly-up, there were tears and recriminations, last-ditch efforts to revive and return to the sea, and now this: a bona fide funeral procession behind our beach chairs. Graveside comments. Genuine prayers. Hand-holding and heartfelt hugs. And then a few final rest-in-peace shovelfuls of sand before everyone was back to the water, squealing and laughing in the waves.

And so it went. For more than a decade — from the time our girls met in kindergarten until now, the spring of their sophomore year in college — the families of these six girls have trekked to the coast each Memorial Day. We rent an insanely large beach house for a crowd that might top 20. We pool together a sinful payload of ham salad, biscuits, and barbecue. The suites are large enough to accommodate a medium-size wedding party. And we sit there in the sand, hour after hour. At the end of the three-day weekend, we sometimes would marvel: We didn’t do a single thing. Except sink deep roots.

Fellow “Villager” Scott Dannenberg captured for posterity a typical Memorial Day weekend scene. Each family in “the Village” has a print of the painting.

It’s about now, with May’s first warm breaths, that the eastward migration begins across much of North Carolina. We all have our favorites, convinced that our beach is best: Duck or Topsail, Wrightsville or Emerald Isle, Kure or Carolina. Memorial Day at the beach kicks it all off: Hang on for just another month. Summer’s coming.

Even though the families of the Village began to spend more time together the rest of the year, that Memorial Day beach weekend remained an annual retreat, a mountaintop experience on the North Carolina coast. We dads spent hours bodysurfing with the boys, playing chicken in the waves with our girls on our shoulders. We hunted ghost crabs by flashlight and threw a million Frisbees. Remember the wrestling phase, when we drew the big circle in the sand and the kids had to toss each other out of the ring? Where did that come from? Tag football. Surf fishing. Collectively, the moms walked a thousand miles up and down that beach, walking through the mean-girl years, the who-doesn’t-have-a-dance-date years, the college-application years. There’s nothing like a beach for what St. Augustine of Hippo called solvitur ambulando, the healing power of walking.

Along the way, a year at a time, the kids grew up before our eyes, like a stop-motion flip-book. For a while during middle school, there was rarely a moment when someone wasn’t crying. There was the year when we let them walk down the beach for ice cream without a parent. At the time, we were certain we’d lose one or two. The year a remarkably high percentage of the girls were grounded to the beach house for one infraction or another. The girls evolved from Patsy Aiken bathing suits to little more than triangles of cloth and strings. I remember when the first boys came to call, rolling up on a golf cart from a nearby condo, all “yes, ma’ams” and “no, sirs” and firm handshakes. Good home training, but we parents weren’t fooled. Boys, beaches, bikinis at sunset: Y’all are staying on the deck, and keeping the light on.

It was just a beach trip, but it was also an annual tradition that seasoned our deepening year-round friendships. Those six girls, and their younger sisters and brothers, were adopted by each family in the Village. Over the years, a sense of shared responsibility and care blossomed. We all felt the ties that bound us, adults and kids alike. The Memorial Day weekend took on near-spiritual dimensions. Once a year, we piled up memories like shells and bits of driftwood tangled in a high tide’s wrack line. We wouldn’t miss it for the world.

Memorial Day at the beach kicks it all off: Summer’s coming.

And there was great comfort in such a permanent fixture. The Memorial Day beach pilgrimage was a given, an immutable presence in the family life of the Village. Even as the girls aged, there was never any question: The families would hold the house every May through the girls’ college years and first jobs and beyond. Whoever could come, would come. The doors would always be open. The Village would gather there. It was an important lesson to impart to young people, whose lives are buffeted by constant change: Some things do last forever.

But not many things. And try as we might, we couldn’t control the vagaries of our 20-plus lives, no more than we could have choreographed the confluence of personalities and values and shared experiences that gave rise to our Memorial Day weekends at the beach. That’s what made the first fissures so painful. Why we pushed away the nagging thoughts that perhaps the Village beach weekend had run its course. Rental rates kept climbing. The girls began to hint at their own plans — studies abroad, deepening roots in their own friendships. Some families had purchased beach houses over the years. Some had the tug and pull of evolving family ties. For a while, these were unspoken promptings. Even as adults, we long for the innocence of a summer beach. It was hard to imagine: Would we really pass on the Village beach weekend? No one wanted to hurt feelings. No one was certain how anyone else might feel. My wife, Julie, and I weren’t certain how we felt ourselves.

Except that we knew it was time. Acceptance was the bitter pill. Last year, the Village adults gathered around the beach house pool. It was Sunday night, the night before Memorial Day, the day before the deposit was due to hold the house for the following year. We pulled the chairs in a semicircle, beach music low on the boom box, turning each to the other, eyes glistening in the uncharacteristic quietness of the moment.

Once more, there were tears. Hand-holding and heartfelt hugs. Genuine prayers of thanksgiving that these families had found each other through six little girls, and forged a different kind of family, one whose ties aren’t constrained by the dates on a calendar.

So we turn, turn, turn: This year marks the first in 14 years that the Village will spend Memorial Day apart. Most of us will still be on a beach, scattered from Kure to Morehead City to Salter Path and beyond. We’ll listen to our children laughing, and walk through our cares along the receding waves. And there will be a moment when each of us will sink into a chair planted deep into the sand, and look far up the shore, across the shimmer of the tide’s ebb and flow, and wonder what our Village friends are up to. Even at our age, we’ll think: This growing up ain’t easy. And we’ll know that our center still holds, thanks to the sands of a North Carolina beach.