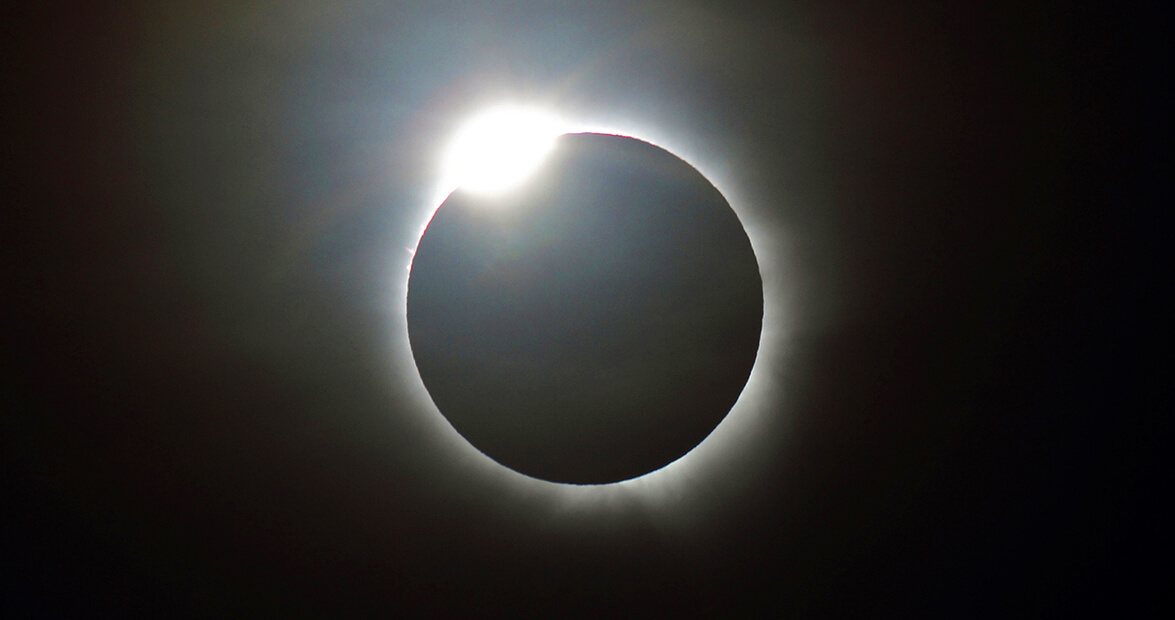 “NEVER LOOK DIRECTLY AT THE SUN!”

This is how every Tuesday started in eighth-grade science class at Apex Middle School in 1991. Our teacher’s name was Lamar Bigham, and he loved astronomy. Dutifully, we’d pair up, grab a blue plastic astrolabe, and march outside to record the azimuth and elevation of the sun. What’s azimuth? I have no idea. But I clearly remember Mr. Bigham standing over us while we squinted at the sun, trying to figure out what we were doing, and all the while he was barking, “NEVER LOOK DIRECTLY AT THE SUN!”

Of course, you know what happens when you tell a middle schooler not to do something. I survived the direct viewing, but we kids were tougher back then, because we had to walk a great distance to change the television channel.

Mr. Bigham taught for 35 years at Apex Middle and now lives on Oak Island. I called him recently and told him we eighth graders were amazed by him, and a little afraid of him, too. His reasoning for hauling us outside in our tight-rolled jeans was simple: “You remember 90 percent of what you do and 10 percent of what you’re told,” he said.

Since Mr. Bigham was adamant that we protect our eyes, we also used do-it-yourself pinhole box projectors. This was a joke adults played on us wherein they convinced us that shining sunlight into a cardboard box and facing away from the sun was just as cool as looking at the real thing. A pinhole projector enables you to take the incredible galactic majesty of an eclipse and turn it into a flashlight on a note card. We believed that this was amazing.

Once a year, we’d travel to Chapel Hill to go to Morehead Planetarium, which, along with Old Salem and the zoo in Asheboro, mark the Holy Trinity of central North Carolina field trips.
But on August 21, when a total eclipse comes to a tiny sliver of western North Carolina, even planetarium staff recommend that instead of going to Chapel Hill, you head for the mountains. In Franklin, they expect two minutes and 30 seconds of totality, and Town Manager Summer Woodard says that all area hotels, motels, and bed and breakfasts have been booked since last October.

How big is the event? Even NASA will come to North Carolina for its eclipse research.

How big is the event? The eclipse’s “path of totality” will cut across 14 states, but even NASA will be in North Carolina: In 1962, the space program established a satellite tracking station in Transylvania County. Fifty-five years later, NASA will return to the site, now the Pisgah Astronomical Research Institute, to conduct research during the eclipse. It’s the first time in history that a total solar eclipse will pass over such an array of sophisticated telescopes. But let’s put it in terms that even the most novice North Carolina tourist would understand.

“It has the potential to be as big as the busiest weekend of leaf season,” says Franklin Mayor Bob Scott.

In our era, we had Halley’s Comet, which visits Earth approximately every 75 to 76 years. When it arrived in 1986, my parents bundled me in the car in the middle of the night and we rode to Jordan Lake, where, we had been told, the viewing would be better due to the darkness. We stood outside with other amateur astronomers, all assuring each other that we definitely saw it, that it was amazing, and that we would never forget this for the rest of our lives.

Then we all got back in the car and asked, “Do you think that was really it?” Fun fact: Edmond Halley himself never actually saw Halley’s Comet, which makes him just like most North Carolinians in 1986. I hope to have better success with this year’s eclipse. I asked my most trusted expert — Mr. Bigham — how I should view it.

“What I would do is I’d get a piece of paper and punch a hole in it,” he said. “Then put a pinhole in a piece of foil. Stand with your back to the sun, because you never want to look at the sun, you know …”

Festivities in these three towns will help you make the most of a once-in-a-lifetime opportunity.

Sylva • August 18-21
Take part in late night shopping and a moonlight run, attend astronomy talks, and enjoy plenty of live music. Oh, and snack on MoonPies. Because, of course. A performance by the Colby Deitz Band will kick off eclipse day. Length of totality: one minute and 44 seconds.

Highlands • August 18-21
There will be yoga in the park, a twilight 5K, science lectures, an eclipse photography tutorial, and concerts at this four-day festival. An eclipse viewing party will go silent during the town’s one minute and 33 seconds of totality.