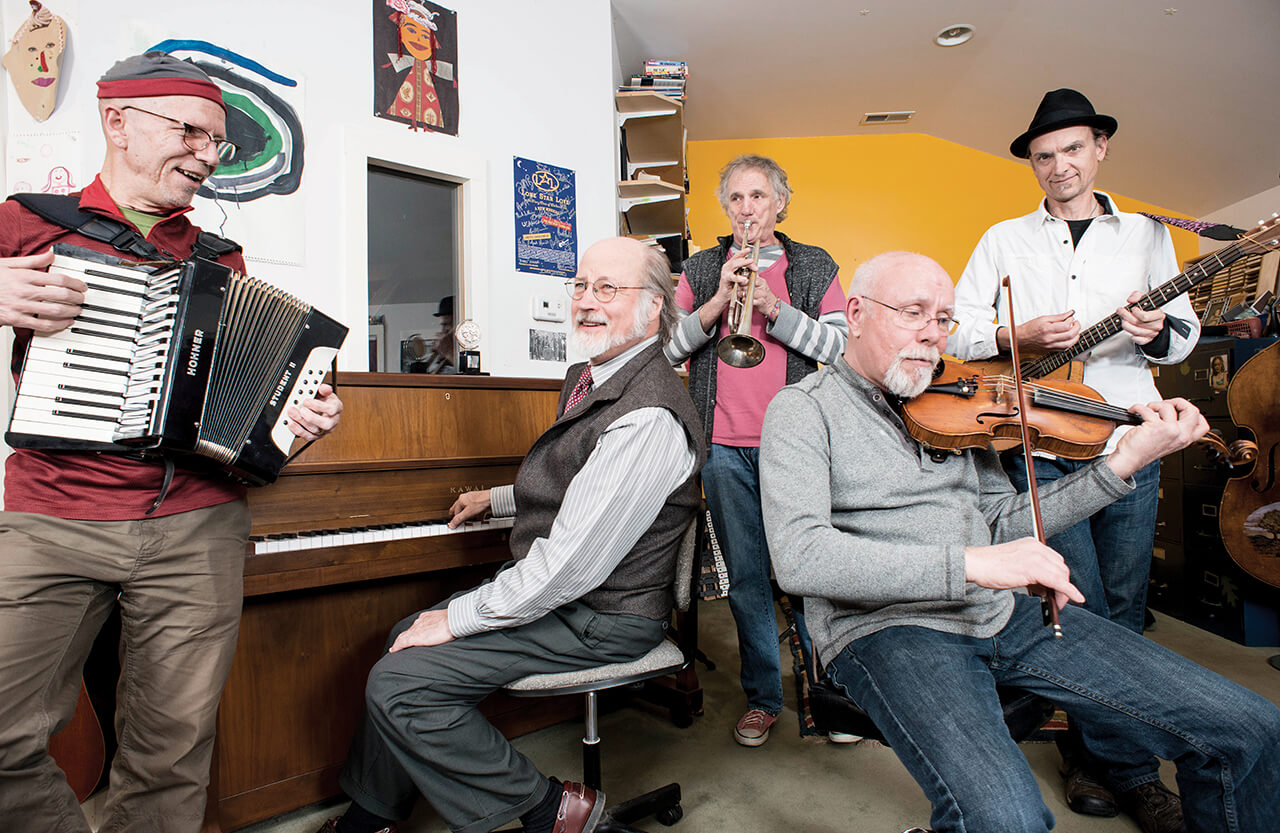 Like the stubborn Piedmont soil they’re named after, the Red Clay Ramblers seem to get everywhere — they’ve toured internationally, scored Broadway musicals, appeared on A Prairie Home Companion. But they’re rooted in Chapel Hill, a town known for live music.

“Music from around here has always had a drive toward the new and original,” says bassist and multi-instrumentalist Jack Herrick. Herrick has seen decades of the ongoing evolution of Chapel Hill music. He recalls a Franklin Street peppered with music venues, and shows by experimental theater companies and bands; in this landscape, the Ramblers formed in 1972. Herrick joined four years later.

“It was a very lively and fun semi-Bohemian experience,” pianist Bland Simpson says. Though he didn’t join the Ramblers until the ’80s, Simpson has been involved since 1974, when he cowrote the band’s first musical, Diamond Studs. It opened off Broadway the next year. Such “special projects” — the in-band term for their lateral entry into theater, dance, and film — have enriched the experience and enabled the Ramblers to last and last, Simpson says.

Today, Clay Buckner, Chris Frank, and Rob Ladd round out the core quintet. It’s hard to view the Ramblers as an ensemble in the traditional sense, though. “We have a more broad enterprise than a band, partly from being around for 100 decades,” Herrick says, laughing. The band is like a central tent pole, an axis around which other projects revolve.

Among the current projects are a North Carolina-oriented film and two albums. Simpson is a professor at UNC, where he’s taught a handful of songwriting courses, and Herrick is writing music for the Big Apple Circus in New York. The Ramblers don’t hold still for long.

“It is constantly reinventing itself, or else it would be like a museum of music rather than a laboratory of music,” says Herrick. He’s talking about his town, but he could just as easily mean his band.