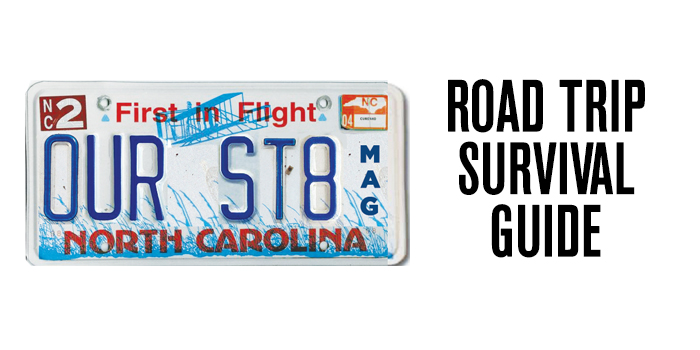 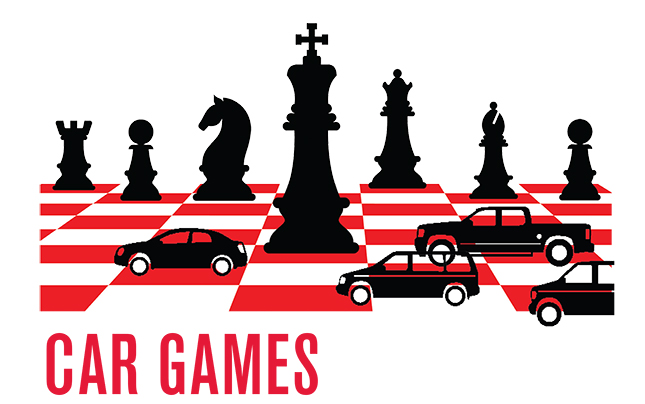 When the batteries fail in Flat Rock or the book ends in Burlington, you have a different kind of car trouble. It’s the kind that’s spurred a hundred “When will we get there?” moans. Get creative and reach into our bag of Carolina-inspired tricks.

I Packed My Bag
Each passenger chooses a North Carolina-inspired article to put into his or her imaginary suitcase, in alphabetical order, and with every new letter, the player has to recite — and therefore remember — what’s already been stuffed inside. Limit choices to North Carolina counties — “I packed my bag with Albemarle and Bertie and Caldwell counties …” — or places, products, or attractions: “I packed my bag with apples and a beach and Chimney Rock …”

20 Questions
“It” thinks of anything to do with North Carolina, from the city of Charlotte to a hush puppy to Michael Jordan. Other players take turns asking questions requiring only yes or no answers. “Is it an animal? Vegetable? Mineral? Is it a person? Place? Thing?” Wait — that’s six questions right there. Before getting too deep into this one, establish some ground rules, and name a scorekeeper so the questions don’t careen from 20 to 200.

Who’s Next Door
As the cars pass, every passenger is charged with creating a North Carolina history, and a Tar Heel-
inspired personality, for the driver. “That guy. He’s from Fuquay-Varina and is on his way to Pet Mania in Wake Forest to get beef jerky treats for his two Saint Bernards. His favorite dessert is banana pudding. He works at SAS and watches reruns of ‘The Andy Griffith Show’ at night.” Endlessly entertaining and giggle-inducing, particularly for teenagers.

Road Spotting
When it’s time to look beyond the car’s interior, head for the highway. Keep track of the different North Carolina license plates, from the traditional First in Flight plate to one labeled a Purple Heart Veteran, to a Blue Ridge Parkway tag, to a vanity plate. Or, launch a round of Alphabet. Better decide if bumper stickers and license plates qualify, or if you have to find that elusive Q and X on a bona fide road sign instead. And yes, you do have to spot them in order.

Yes, you’ll stop for lunch, and, yes, you’ll probably pass an ice cream stand along the way. But in between, we’ve packed our on-the-go cooler with some Carolina flavor to ensure that the only rumbling on this road trip comes from the engine, not your stomach.

PB&J
You’ve been packing these portable sandwiches for years, but look what happens when North Carolina gets ahold of the classic spread. Big Spoon Roasters in Durham handcrafts their nut butters with sea salt and fresh North Carolina wildflower honey (no need for jelly). Carolina runner peanuts and locally grown pecans are the stars in Mark Overbay’s wide array of butters, which range from traditional to the more exotic chai spice, cocoa nib, or almond Brazil.

Candy Fix
To satisfy the car craving for something sweeter, pop a piece of hard candy in your mouth from Butterfields Candy Company in Nashville. The process of handcrafting Butterfields’ famous Peach Bud hard candy has been the same for 90 years — and the taste of ripe peach, a hint of sweet, creamy coconut, and a light layer of sugar is unfailing. Pass around a tin of Key Lime, Lemon, and Honeybell Orange to your seatmates.

Granola
James Wilkes is a man of all trades: father, farmer, beekeeper, professor, and chair of the computer science program at Appalachian State University. He and his wife, Shannon, head Faith Mountain Farm, along with help from their eight children: Margaret, Galen, Sullivan, Israel, Lillian, Zion, Oliver, and Vivian. From their farmhouse in Creston, the family makes granola by hand, using ingredients like organic rolled oats, sunflower seeds, and coconut. The best part: It’s all sweetened with honey produced by the Wilkeses own bees.

Beverages
Skip the super-sweet soft drinks and make your own fabulous soda — all you need is seltzer and some flavorful syrup from Asheville’s Blue Blaze Soda & Syrup Co.
Blue Blaze uses pure cane sugar instead of high-fructose corn syrup, and owner Jackson Anderson infuses his syrups with fresh wild plants, barks, and herbs. Local honey sweetens the Honey Ginger Ale, seasonal fruits flavor sodas like Orange Dreamsicle, and a natural cola syrup is made with with kola nut and North Carolina molasses.

Even if you’re traveling with a carload of companions, there’s room for a few more voices — in your CD player. We recommend two originals — a mountain musician whose sound is as authentic as the hills he hails from, and an old-time group whose music was built for the ballet — to carry you on home.

Aaron Burdett
First, you’ll notice his voice: clear and crisp as it rises above the guitar strings. But the words are what will leave you wanting more. Aaron Burdett’s lyrics tell truths that rise and fall with the mandolin, banjo, and guitar strumming behind them. 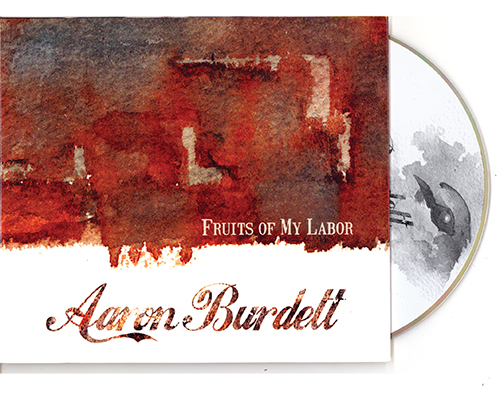 “I’m going home to Carolina. Those Blue Ridge Mountains, they drive my pain away,” Burdett sings in “Going Home to Carolina,” a song that won Our State’s first “Carolina Songs” songwriting contest in 2012. A native of Saluda, Burdett crafted those lyrics while out west; he was deeply craving the comforts of Carolina soil.

That pivotal song — the one we hope you’ll cue up in your CD player as you round those mountain curves — was selected from more than 250 entries and 20 finalists, and it prompted Rhiannon Giddens, lead singer of the Carolina Chocolate Drops, to proclaim that Burdett effortlessly captured the strong feeling so many North Carolinians experience when looking upon their beloved state.

There’s a reason Martin Anderson, program director for WNCW radio, says that Burdett is “one of our favorite regional singer-songwriters.” His folk rock-meets-bluegrass-meets-blues style, paired with thoughtful, genuine lyrics, have drawn comparisons to Van Morrison, John Hiatt, Ray LaMontagne, and Amos Lee. But Burdett offers something they don’t. He’s a true North Carolina mountain man, singing his heart out about trials we face, places we love, and memories we’ll never forget.

Burdett’s latest release, Fruits Of My Labor, is his fifth album, and the first to be produced by Organic Records out of Arden. Songs feature the rich twang of banjo flirting with sweet mandolin, and the electricity of steel guitar mixed with light, acoustic flat-picking. And then there’s that voice. Drive and listen. It’ll get you every time. 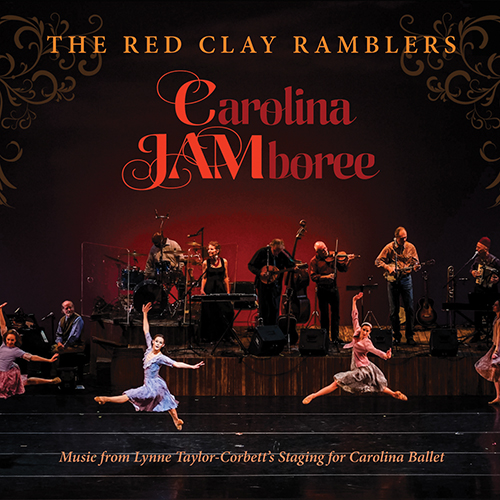 The Tony Award-winning string band is back with its newest record, Carolina Jamboree, featuring music from Lynne Taylor-Corbett’s choreography for the Carolina Ballet. The Ramblers began coordinating with the ballet in June 2008 in Raleigh; this summer, they recorded the score.

On it, you’ll hear the fiddles, banjos, pennywhistles, and piano that had audiences dancing in the aisles. Tracks like “C-H-I-C-K-E-N,” “Red Rocking Chair,” and “Muddy Water, Hollow Log” will have you itching to stop for a dip in

Graham County’s Yellow Creek Falls, and “Night Harps” and “Light Years Away” prove that twang and grace really can marry.

Blue Ridge Trails
If humming along isn’t your thing, pop in Blue Ridge Music Trails of North Carolina, the companion CD to Fred C. Fussell and Steve Kruger’s guidebook of the same name. You’ll hear artists narrating personal accounts of their lives and their journey through music, as well as field, live, and studio recordings. Listen to “Otto Wood,” the true story of an outlaw’s life and death in 1930. The piece is performed by the Elkville String Band of Wilkes County, where Wood grew up. Or, cue track 23, “Carolina in the Fall,” to listen to the Krüger Brothers’ bluegrass interpretation of one of our favorite times of the year. And enjoy the scenery passing you by.

Mountain Music Playlist
Your mountain road trip isn’t just about arriving at your final destination; it’s about enjoying every bend, curve, and overlook along the way. Click here to enjoy a collection of music perfect for a scenic byway cruise, featuring some of Our State‘s favorite musical artists from western N.C.

Three books we promise will transport you once you reach your destination. 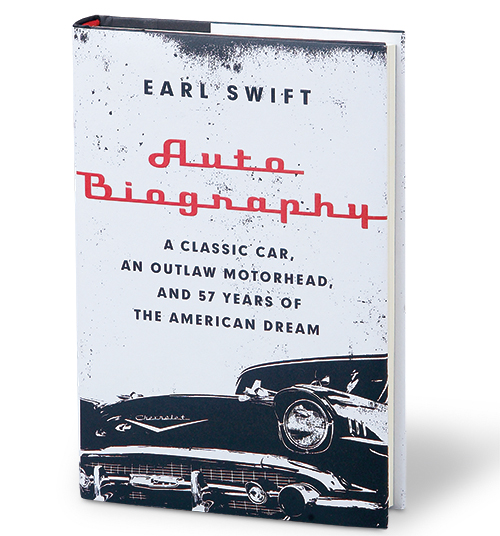 There’s a car — a ’57 Chevy in horrible condition — and a felon — Moyock resident Tommy Arney. And the tale author Earl Swift intertwines between the two transcends any American Dream story you’ve ever read. Arney has been arrested 70 times, and he’s running: from the banks, the FBI, and his personal struggles. But then he sees something in the rusting frame of the car he unexpectedly happens upon in eastern North Carolina. It’s an artifact with an unquestionable origin, a reminder of the 20th century American lifestyle and of how the automobile altered life for man in countless ways.

Although Arney is the central protagonist, Auto Biography delves into the lives of each of the Chevy’s 12 previous owners. Swift’s captivating story began a decade ago, as a five-part series for The Virginian-Pilot, before swelling into this powerful nonfiction hardcover. The story hurtles along as fast as any roadster, and you won’t hit the brakes until you reach the final page.

All I Have in This World by Michael Parker (Algonquin Books) 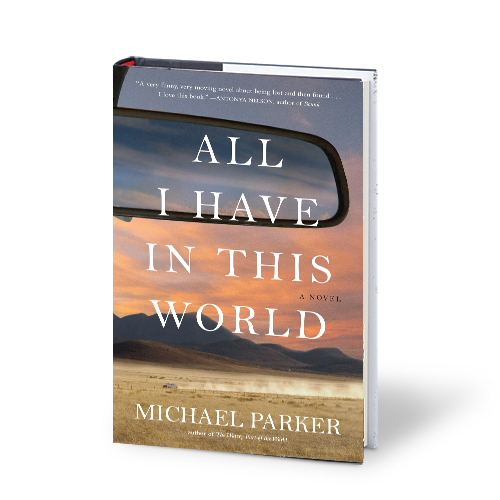 Marcus and Maria are not friends, not even acquaintances. The blues of troubles have darkened each of their pasts: He is running from his failures; she is returning home to amend the consequences of earlier decisions. When the two strangers meet in a car lot, they establish that they have one thing in common: Both need that low-slung, sky blue 1984 Buick Electra that’s staring at them from across the parking lot.

Greensboro author Michael Parker’s slightly lost, imperfect protagonists aren’t the only ones who have seen the hardships life can bring. The very car that carries them has a history, too, from a distraught possessor to a rancher’s wife eager to be rid of the past the car symbolizes to a doctor who can’t forgive the automobile for his sons’ death. Now, a new pair occupies its front seats, and Marcus and Maria begin to learn what they do have in this world. 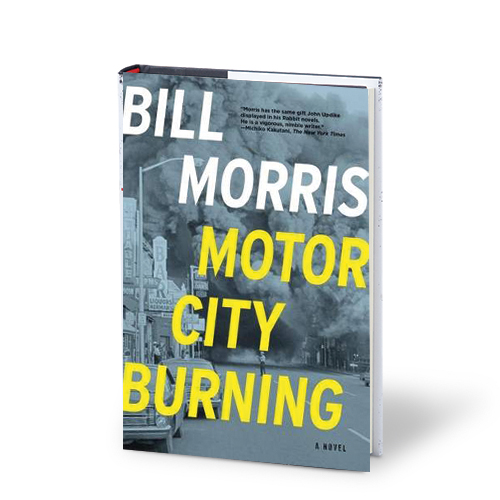 Former Greensboro resident and beloved newspaper columnist Bill Morris made Scuppernong Books in Greensboro one of his first stops with the release of his latest novel, a riveting page-turner set in Detroit during the heart of the 1960s riots, gun smuggling, and baseball.

Willie Bledsoe was once a young black activist, but after years of civic involvement, he faces disappointment in the direction and accomplishments of the Civil Rights Movement. He returns home to Alabama, set on writing a memoir about his recent cultural experiences, but he faces a block. When his Vietnam veteran brother returns in the spring of 1967, Bledsoe offers a helping hand by delivering smuggled guns to the “Motor City,” which provides him with enough money to pursue his literary venture once more.

However, a year later on opening day of the 1968 Tigers baseball season, Bledsoe learns of a startling problem. Under the diligent eye of Investigator Frank Doyle, Detroit police are investigating the death of a woman shot during the ’67 riots — and Willie is the white cop’s main suspect.

Motor City Burning weaves the mystery of murder into a city deeply divided by race and injustice. Pick it up, and we promise to look the other way if you miss some of the changing hues on the drive up I-40.