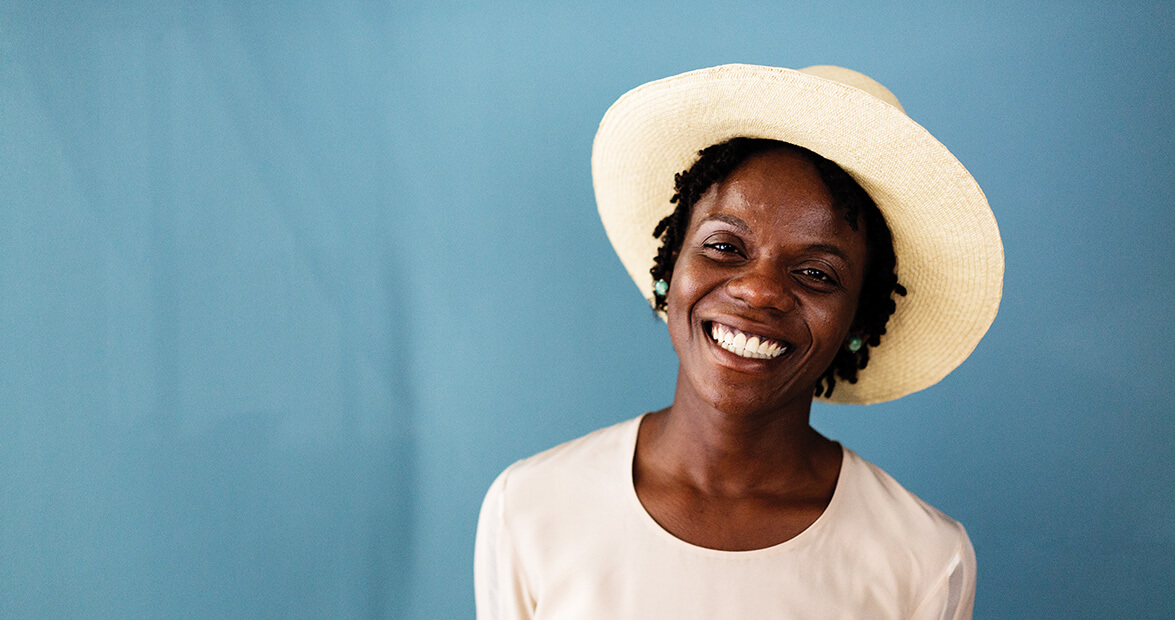 Ibada Wadud was more than 2,000 miles away from North Carolina, in the remote village of La Campiña in northwest Peru, when she encountered a group of women weavers. Located nine miles outside of the handicraft capital of Catacaos, La Campiña is a small community of adobe-style straw houses, with outdoor kitchens and no running water, built along a dusty main road.

Wadud immediately felt a sense of possibility. The women were among the last in the country to hand-weave Panama hat-style sombreros from delicate toquilla straw. Wadud, a lover of fashion and design, had experience in international community development and an interest in supporting economically struggling communities.

The following year, in 2013, Wadud founded Run by Rural out of her mother’s home in La Grange. Aiming to celebrate handcraftsmanship and community “in the American South and South America,” she began importing the women’s handiwork for sale at her company’s online store and at boutiques in North Carolina and across the country. Run by Rural pays the weavers, who spend 21 days on each hat, full Peruvian market value plus labor.

“We don’t want anyone to feel they’re just doing these women a favor by buying the product; we want to create something beautiful that people would want to buy anyway,” Wadud says. “It’s great to be fair-trade and sustainable, but for us, it’s really about what our customer wants and what our artisan partners are offering, and how we can marry those things to make the world a little bit more beautiful.”

Although Wadud grew up in Washington, D.C., her family has lived in North Carolina for at least six generations, working on farms in the eastern part of the state. Wadud remembers visiting her grandparents in Goldsboro during summers and holidays. She always found that coming to North Carolina brightened her mood and outlook on life. “When I interact with people in North Carolina, I’m more polite,” she says. “I’m a better person, and I really like that.”

Peru’s landscape reminds Wadud of the Tar Heel State. Looking across a Peruvian beach, she sometimes forgets she isn’t in North Carolina, she says. But the similarities run much deeper.

“It really boils down to values,” she says. “In Peru, and in so much of Latin America, family is really important, and knowing who you are and being proud of that. Another thing that really connects these communities is the similarity in heritage in terms of a history of craftsmanship — in North Carolina, with things like denim or furniture design.”

Claire Haslam, who owns the Sissipahaw Lofts, located in renovated cotton mill buildings in Saxapahaw, appreciates that Run by Rural connects North Carolinians with another part of the world known for its textiles. She bought a Panama hat earlier this year because she wanted to support a company aiding rather than exploiting women in textiles, and because the story behind the hat resonated with her.

“I purchase Raleigh Denim for the same reason: I know I’m connecting to real people,” Haslam says. “I think that’s the next generation of purchasing — that epanverything has a secondary function or higher purpose.”

People often associate the woven sombrero hat with Ecuador, whose border sits about 65 miles north of La Campiña, but Peruvian weavers have produced the hats — which became more widely known under the “Panama” name after Theodore Roosevelt wore one during a visit to the Panama Canal in 1906 — since the 18th century.

Many of the La Campiña weavers learned the skill at age 10, from their mothers. Many have also felt ashamed by the vocation, viewing it as low-class.

“We have done our best to say that this is something really, really important, and if they stop doing this, it’s going to die out,” Wadud says. When the weavers see that people worldwide respect their craft — and when they earn a living wage for their work — they begin to feel a sense of pride, she adds.

“I’d love to be a part of a movement that could make a place better for everyone,” she says.

This story appeared in print as “A Hat, A Heritage.”