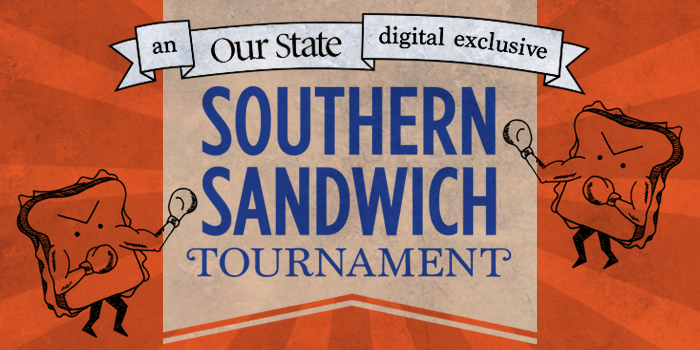 Leave it to the second round of our Southern Sandwich Tournament to prove that tasty ingredients alone are not enough to ensure a win. It’s about the total package: A sandwich’s reverence for tradition, ability to appeal to the masses, and type of bread are important factors.

Barbecue emerged victorious in its matchup against another fan favorite, the BLT, claiming 69 percent of the vote.

Like the BLT, the fried green tomato sandwich was sent packing after pimento cheese’s creamy goodness proved too much for its deep-fried game.

“That’s just something grandma made for us growing up, and we’ve taken it to the next level by making it gooey and toasting it to be golden brown,” say Stewart, whose shop’s sandwich is so good, it’s featured in our sandwich travel guide.

Given the breakfast sandwich’s win against the ice cream sandwich and fried chicken’s victory against fried shrimp, perhaps a sandwich should be synonymous with unadulterated simplicity.

Which two sandwiches will head to the final round of the tournament? Barbecue or breakfast? Fried chicken or pimento? Have your say.

The first round of head-to-head matchups in our Southern Sandwich Tournament was a fierce one. It started with 16 of your favorite sandwiches, ranging from the widely beloved barbecue sandwich to the lesser-known ground steak, but now only eight remain.

With its dynamic ingredient roster, the top-seeded BLT triumphed with little competition from fried bologna, receiving 74 percent of the votes. Given its widespread legion of fans, barbecue beat out the pork chop sandwich, winning 87 percent of the vote.

Though both sandwiches’ victories don’t come as much of a surprise, the second round of the tournament will prove interesting when these two serious competitors face off against each other.

Editor in Chief Elizabeth Hudson believes barbecue will go all the way, even though she’s a longtime banana-and-mayonnaise fan. After all, “Maybe it’s love itself,” writer Daniel Wallace says of the barbecue sandwich. 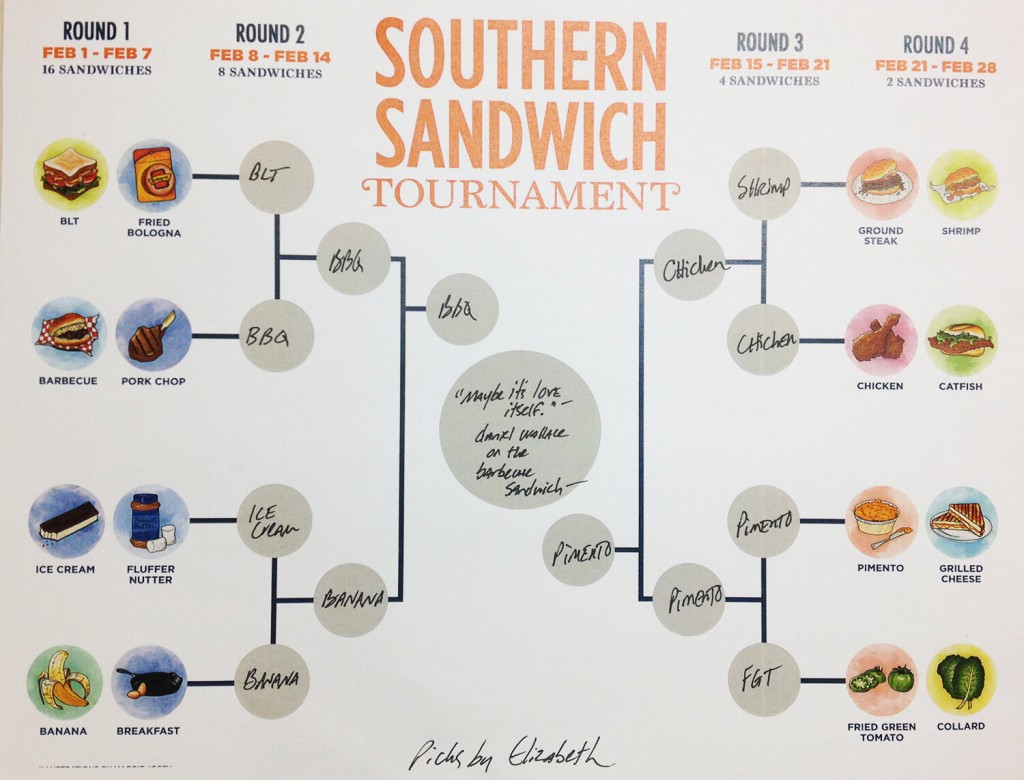 In a much closer competition, pimento cheese pulled off an upset against its classic sibling, grilled cheese, by snagging 55 percent of the vote. People certainly love their Southern caviar, but its narrow escape from elimination puts it on shaky ground as it faces off against fried green tomatoes.

An additional matchup worth noting is the one between ground steak and the shrimp burger. Both Cinderella sandwiches have small, regional followings, but ultimately it was the shrimp burger that has survived and advanced. We’ll see how it fares against the savory, crispy goodness of the fried chicken sandwich this week.

For full results of the first round of the tournament, take a look at our bracket. Who will survive the second round? You decide.