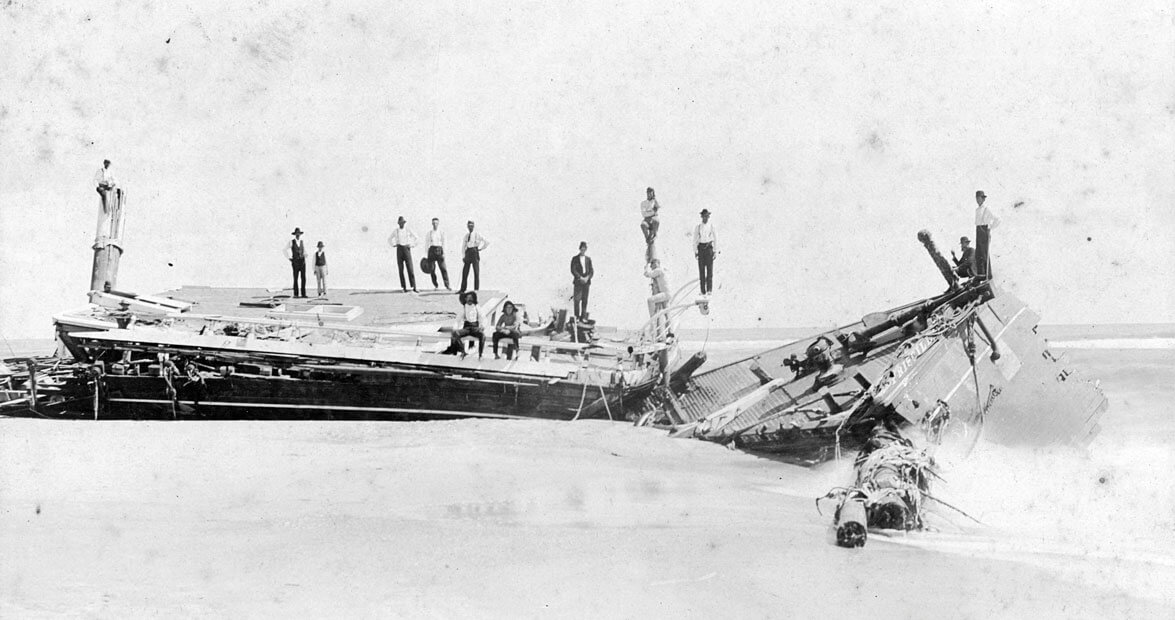 Here’s one of those ethical dilemmas that philosophers like to ponder: Let’s say you’re alone on the beach in the middle of the night. You glance out into the surf and notice a shipwreck with 10 people clinging to it. There is nobody else within three miles of you. If you go back to find help, there’s a good chance that those people in the water will be swept away. If you jump into the water to pull them to safety, there’s a good chance you’ll be swept out to sea, too. What would you do?

Now, compare your answer to the example set by Erasmus Midgett. In the early morning hours of August 18, 1899, Midgett was riding his horse on the beach south of the Outer Banks settlement of Salvo when he first saw debris, then the shipwreck of the Priscilla, a cargo vessel bound for Brazil. A massive hurricane had pushed the ship aground, and two crew members and the captain’s wife and son had already been swept away. Midgett, alone, yelled at the crew members to jump into the water and swim to shore. He then swam out to meet them and pulled them through the angry surf back to the beach, one at a time. Three men were too exhausted to make it, so Midgett climbed aboard the wreck and carried them to safety, too, one at a time. Single-handedly, he saved 10 lives.

It helps to know that Midgett was out on patrol as a member of the United States Life-Saving Service. Thus, he was doing his job. For this particular feat, the Secretary of the Treasury awarded him the Gold Lifesaving Medal. His response: “Why, I haven’t done anything much!”

Midgett kept working as a surfman for another 11 years, until 1910. His house still stands today, in the town of Waves, functioning as a realty office. And saving lives became a family legacy: More than 200 members of the Midgett family have served in the Life-Saving Service and its successor, the Coast Guard. The family was recognized for their 100-plus years of service in 2017. At the time, one of them commented that “when you’re raised around the water, you don’t see the danger in it” — proving that remarkable chill is hereditary.

Learn more about Erasmus Midgett and other Outer Banks rescues at the Chicamacomico Life-Saving Station.