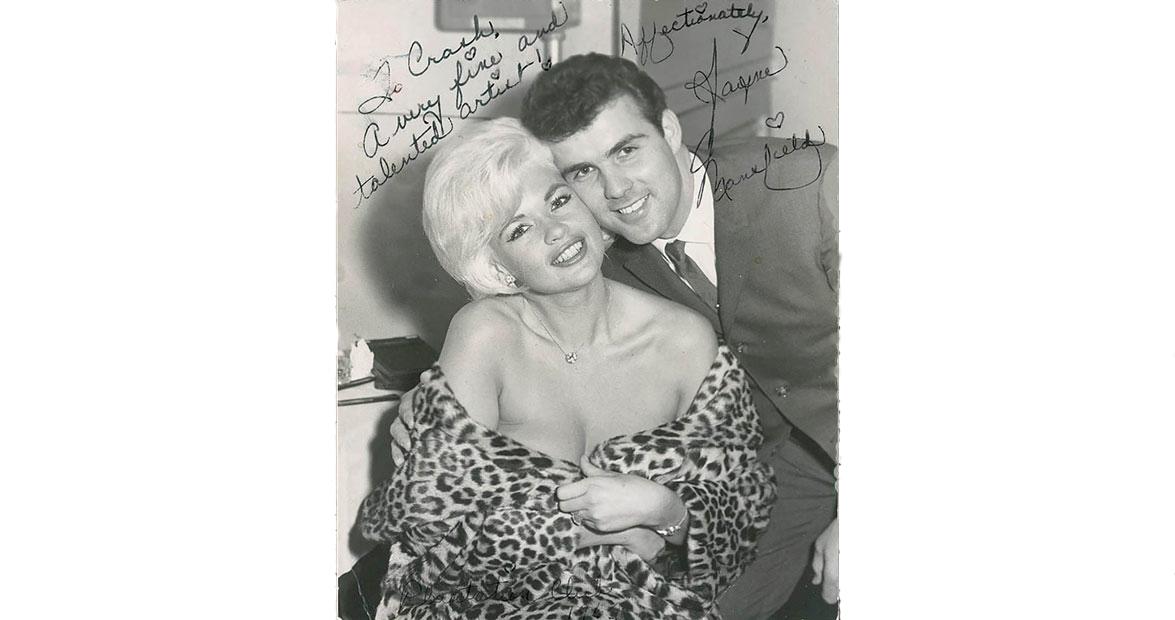 Not sure if you knew this, but at one point, the hottest nightclub between New York City and Miami was in … (squints) … Greensboro.

No, really! It was! The picture above was taken there, at the Plantation Supper Club, in 1963. That’s Jayne Mansfield, and, yeah, I know, you might not notice anyone else in the picture, but that’s Billy “Crash” Craddock on the right. Craddock, who goes by Bill now, is a Greensboro boy who made good. He got his start in country croonin’ when the club’s owner, Fred Koury Sr., gave him his big break.

From the club’s beginning at the end of World War II, Koury’s plan was to book national acts, and he did so with some regularity. Andy Griffith performed stand-up there at one point. But Mansfield’s nine-day stage-struttin’ stint in 1963 became the club’s crowning achievement, pulling in the equivalent of nearly a quarter of a million dollars in today’s terms — an unheard-of amount outside of New York or Los Angeles back then. The club sat squarely in the Bible Belt, but a glance at those numbers proves that people weren’t reading the Bible all the time.

The place was formal. Classy. You dressed up to go there. It was couples only. You know what did it in? The Greensboro Coliseum, which opened down the street in 1959 and gradually siphoned off the big acts. That, and the changing times. In the mid-1960s, the club became a go-go dancing place — the rules of decorum were, uh, nullified — and it lasted in some form or another for the next few decades, but it was never the same as it was in its heyday. The Plantation Supper Club faded into memory. It’s now the stuff of foggy legend, like stories about the fun your grandparents used to have when they were kids, which you don’t really believe unless there’s a picture. Fortunately, in this case, there is.