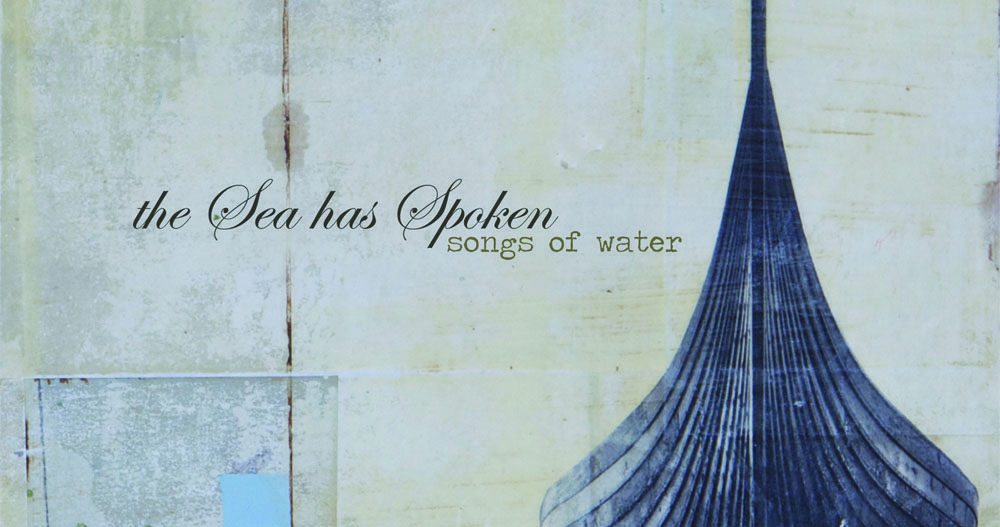 Stephen Roach pulls bells, whistles, and noisemakers from a green suitcase propped atop a chair on a small stage at The Green Bean, a coffee house in downtown Greensboro. Grabbing his djembe, he pounds his hands in a primitive rhythm. Drummer Michael Pritchard answers with a polyrhythmic beat. Pound, beat. Pound, beat. Pound, beat. The audience grows restless with anticipation.

I scrape my chair back for the third time to make room for the burgeoning crowd until I’m almost sitting in the lap of Laura Galloway, a self-professed groupie who travels all over North Carolina to hear Roach’s band, Songs of Water.

“I think I’m addicted to their new CD,” I tell Galloway. “I have to listen to it every day.”

“I know; me, too,” she says, relieved to know another woman of a seasoned age shares her obsession.

“Are you ready to take off?” Roach asks. “All right, let’s see what happens.”

The band and the audience share a tangible bond. The musicians prefer playing to hometown crowds, basking in the love and support of family and friends. It feels right to give back to a community that offered support for so many years, Richardson says. “It’s a mutual understanding that we belong together, that we come from the same place and are on a journey together.”

Songs of Water began about eight years ago as Roach’s vision to take traditional, multicultural sounds and combine them in an American, experimental fashion. He took his idea to friend and co-writer Jason Windsor. The two began collaborating and then invited Richardson to come on board. Richardson and Charlotte cellist Sarah Stephen bring sophistication to the folksy sound with their talent on the strings. Pritchard’s rhythm strikes a middle ground between tradition and innovation, while bass and guitar player Greg Willette echoes the distinctive Piedmont style, similar to Doc Watson and Etta Baker.

While on tour in California, the band’s serendipitous meeting with Luke and Molly Skaggs, son and daughter of bluegrass icon Ricky Skaggs, added even more variety to the band’s sound. Luke contributes with the Irish bouzouki, violin, and vocals, and Molly plays the accordion and banjo, reflecting her studies of Appalachian mountain music.

“We didn’t originally think, ‘Let’s start a band with electric folk instruments and pursue this as a vocation,’ ” Roach says. “We soon realized that we had stumbled upon a very unique sound that needed to be heard by a larger audience.”

For two years, the band worked on its recently released CD, The Sea Has Spoken, which includes guests Ricky Skaggs and tuba player Mark Daumin, of the Chapel Hill band Lost in the Trees. While Skaggs provided Skaggs Place Studio in Nashville, Tennessee, for recording, North Carolina’s tight-knit music community buoyed the effort. Wake Forest University opened its doors for additional recording sessions and the use of percussion instruments. Joel Khouri, from Charlotte’s Bright City Studios, co-produced the album with the band. He made the long trips to Nashville and, in the end, pulled everything together from the various recording sessions.

Although listeners will hear more than 30 instruments on the new album — from dun duns to doumbeks — the songs still ring familiar. Traditional sounds from the hammered dulcimer, banjo, and acoustic guitar reflect North Carolina’s musical roots. All the musicians credit their North Carolina heritage for influencing their music.

“From Appalachia to Albemarle, from bluegrass to beach music, North Carolina’s rich musical history found its way into my heart and my fingertips,” Windsor says. “I’m continually grateful to have grown up in a state so passionate about art and music.”

On that small stage at The Green Bean, the band plays the last song of the set. Some of the band members close their eyes and lift their faces toward heaven, seeming to hear something meant for their ears only. But the crowd appreciates the privilege to listen in.