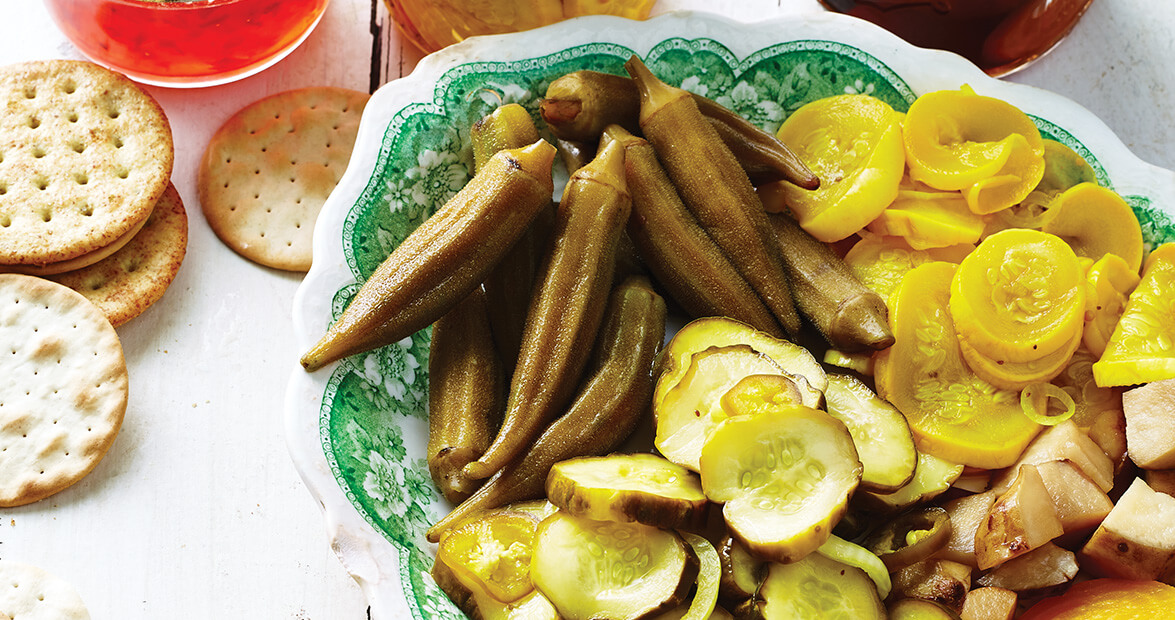 I remember the exact pickled bite that converted me to Southern food: a spoonful of green pepper relish crowning a dish of black-eyed peas and rice.

I was born and raised in Pittsburgh, Pennsylvania. Before moving to North Carolina, my culinary touchstones were pierogi, kielbasas, and strudels. The only pickles I’d ever consumed were the Claussen kind. Pepper relish was a mystery to me. What was I supposed to do with that? Add it to my deviled eggs and potato salad? Eat it on hot dogs or a hamburger? I remained unconvinced that it could be better than dill pickle relish.

But once I tasted these two Southern foods in one bite, I finally got it: The sweetness and acidity of the relish cut through the unctuousness of the pork-simmered beans. They transformed each other. In that moment, the combination of flavors bouncing around in my mouth made complete sense. That same bite also defined for me the beauty of eastern North Carolina barbecue: The brightness of the vinegar sauce cuts through the chopped, fatty meat. It’s made even better with a swig of sweet tea.

I was hooked. After moving to Raleigh, I became an avid canner and discovered the canon of Southern pickles. My pickling habit followed the seasons. I would make the first of many batches of cucumber and yellow squash pickles in June, pickled peaches in July, pickled watermelon rind and okra in August, and chowchow — the ultimate-clean-up-the-garden condiment — right before the first frost in October. 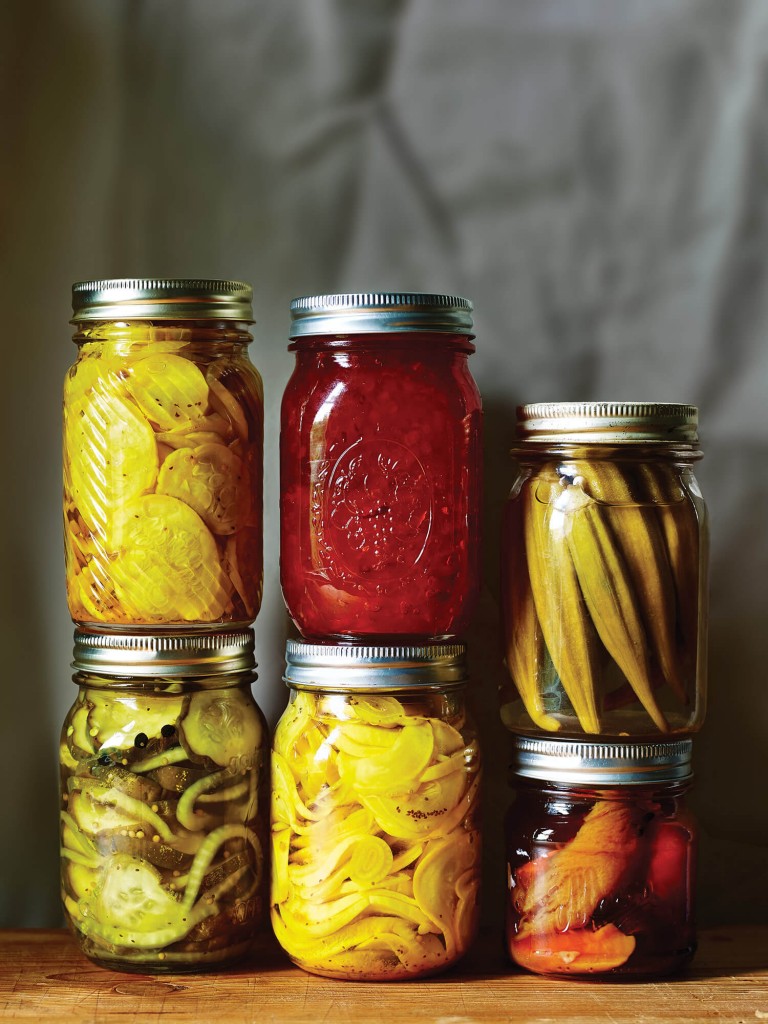 Like me, Chapel Hill cookbook author Jean Anderson got to experience the joy of Southern cooking through a gradual process. Born in Raleigh, but raised by a Midwestern mother, Anderson, who received a James Beard award for her book A Love Affair with Southern Cooking, discovered collards and brown sugar pie in the school cafeteria. Although she helped her mother make watermelon rind pickles, Anderson says that she only truly learned about Southern pickles when she was hired as an Iredell County extension agent to teach 4-H girls how to cook and preserve foods.

“To be honest, I learned more from them than they learned from me,” Anderson says. “They grew up helping their moms.”

That’s when Anderson first tasted green tomato pickles, sweet pepper relish, and Jerusalem artichoke pickles. (Jerusalem artichokes, also called sunchokes, are tubers in the sunflower family and grow like weeds. I “grow” some in my backyard and put up pickles and relish each winter.) What struck Anderson about Southerners’ pickles was that — with a few exceptions, like pickled okra and dilly beans — Southern pickles were more often sweet than sour.

Anderson has a theory about Southern pickles: Cooks here were used to using lots of sugar to preserve food in the hot, humid climate. As a result, whether it’s tea or pie or a pickle, Southern food is often quite sweet.

I have grown to love the sweet-and-sour duality of a Southern pickle. The one pickle I cannot go a summer without making is Anderson’s recipe for yellow squash pickles. They’re the perfect candied counterpoint on a pickle plate, and lovely shingled across a pulled pork sandwich. In fact, after I published my first cookbook, Pickles & Preserves, it was the recipe I served most often at my events from Asheville to Southern Pines.

My spread often included those pickles, as well as hot pepper jelly over cream cheese with crackers. People who approached my table knew pepper jelly, but they were wary of the pickles. They would look at me quizzically: “Yellow squash pickles?” I would declare assuredly that what lay before them was my most popular pickle, the one that family and friends asked for year after year.

Sure enough, every time I packed up to leave, I was often left with pepper jelly to take home — but never those yellow squash pickles.

1. Combine the cucumbers, jalapeño, and onion in a large bowl.

2. Heat the vinegar, pickling salt, sugar, celery seeds, turmeric, mustard seeds, and peppercorns in a medium stainless-steel saucepan over medium-low heat. Stir until the sugar and salt are dissolved, about 10 minutes.

3. Pack the vegetables evenly into hot, sterilized jars. Ladle the brine over the pickles, leaving ½ inch of headspace. Seal the jars with lids.

4. Let the pickles sit in the refrigerator for 5 days before eating. These pickles are good for 1 year but best within 3 months.

This story appeared in print as “Pickles, Please.”