Kristen Powers fields a lot of calls from prison. Calls from women with nowhere else to go, calls from women who refuse to give up on themselves. They’re ready to change, and they’re willing to work. And it will be hard, dirty work, Powers tells them. Benevolence Farm, where she serves as executive director, is not a halfway house or a shelter. It’s a 13-acre farm in Alamance County where formerly incarcerated women go to get a fresh start. Eleven residents at a time tend to the blueberry bushes, heritage-breed chickens, and herbs while they learn life lessons that only the land can teach them: lessons about growth and renewal, determination and failure, and the seasonal gift of second chances. 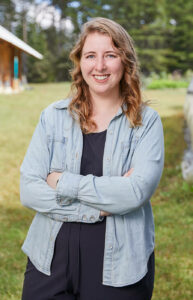 Kristen Powers is the executive director at Benevolence Farm. photograph by Eric Waters

“Nature is a very good teacher,” Powers says as she surveys the rows of wooden garden boxes sprouting with greenery on a summer morning. “It always gives you another chance to try again.”

Farming is usually about the end product: the soft flesh of a sweet cantaloupe cupping its nectar, a sun-soaked tomato delicately piled in a crate, on a truck, ready to charm its way to a profit. Here, at Benevolence Farm, it’s the process that matters. As the women weed and water and dig, they are nurturing their own resilience.

This is not a flowery ideology presented to donors. It’s a concept that the new farm enterprise manager, Uchenna “Faith” Nwoke, is intentional about impressing upon the residents, even while they’re pulling weeds and cursing her name in 95-degree heat. For Nwoke, like her predecessor, Jenn Grimmett, it’s up to each woman to set her own goals and define what success looks like. Nwoke’s hope is that the residents get out and live the lives they want to lead.

Many of the women are aching to reunite with children or other family members. For others, the goal is steady employment. Staying sober. Buying a home. 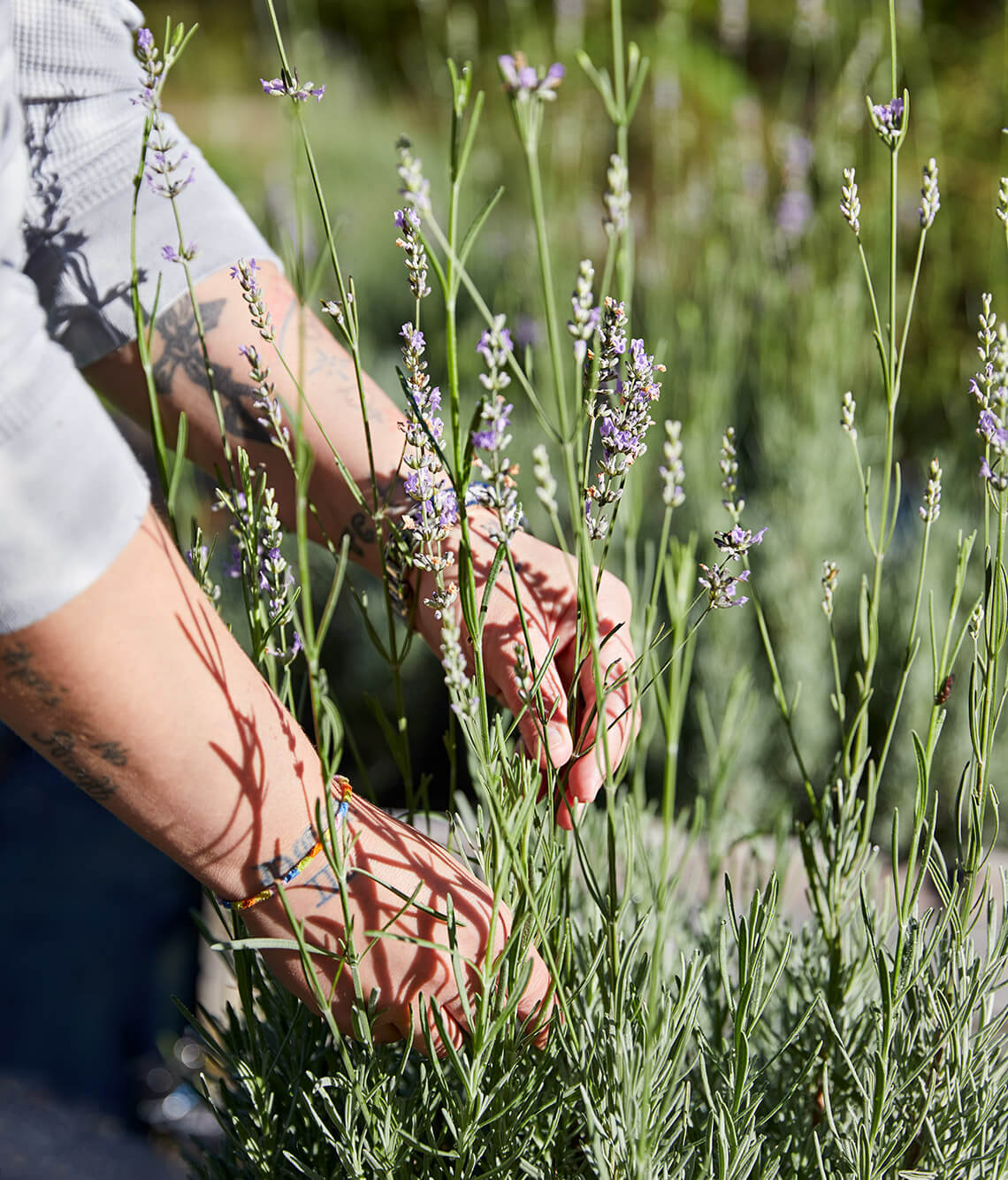 In tending lavender and other crops, Benevolence Farm residents develop patience and practical skills. Staff members help them set goals and work toward the lives that they envision for themselves. photograph by Eric Waters

But to reach those goals takes work. Work in the garden boxes, work on the self. Sometimes, those are one and the same. Last summer, Darlene, who lived at the farm for several months after 10 years in prison, knelt over a raised bed of pepper plants and gave a resolute yank, the red ribbon on her wide-brimmed straw hat bobbing with each pull.

“I’m the resident weed-eater,” she said with a laugh after getting stiffly to her feet. She’d weeded eight boxes already, only one of them hers. “I guess it’s because I don’t want to deal with my own BS. I can pull these weeds and deal with everyone else’s.”

For most of these women, there’s a lot to deal with. Many are struggling with emotional baggage lugged around for decades and exacerbated by years in prison, where treating their mental and physical health took a back seat to monitoring their behavior.

Just being at Benevolence Farm brings a certain healing. Nwoke believes that the earth has power; interacting with that power as it comes up through the plants, she says, can transform an episode of panic into a moment of calm.

Nwoke shows the women how the principles of sustainable agriculture can be guideposts for life, too. The 12 Principles of Permaculture were developed in the 1970s to save a deteriorating planet, but the applications for human beings who need to grow roots and turn over new leaves are undeniable. “Use small, slow solutions,” the principles advise. “Value the marginal.”

As the women warm buckets of water in the sun, Nwoke talks to them about how they might capture and store energy in their own lives. How, as human beings, can they capture and store energy so they don’t feel depleted? What would a renewable resource look like for them? One example: a call with a friend. The principles that guide the work on the farm, Nwoke says, are married back into introspective work with the residents. 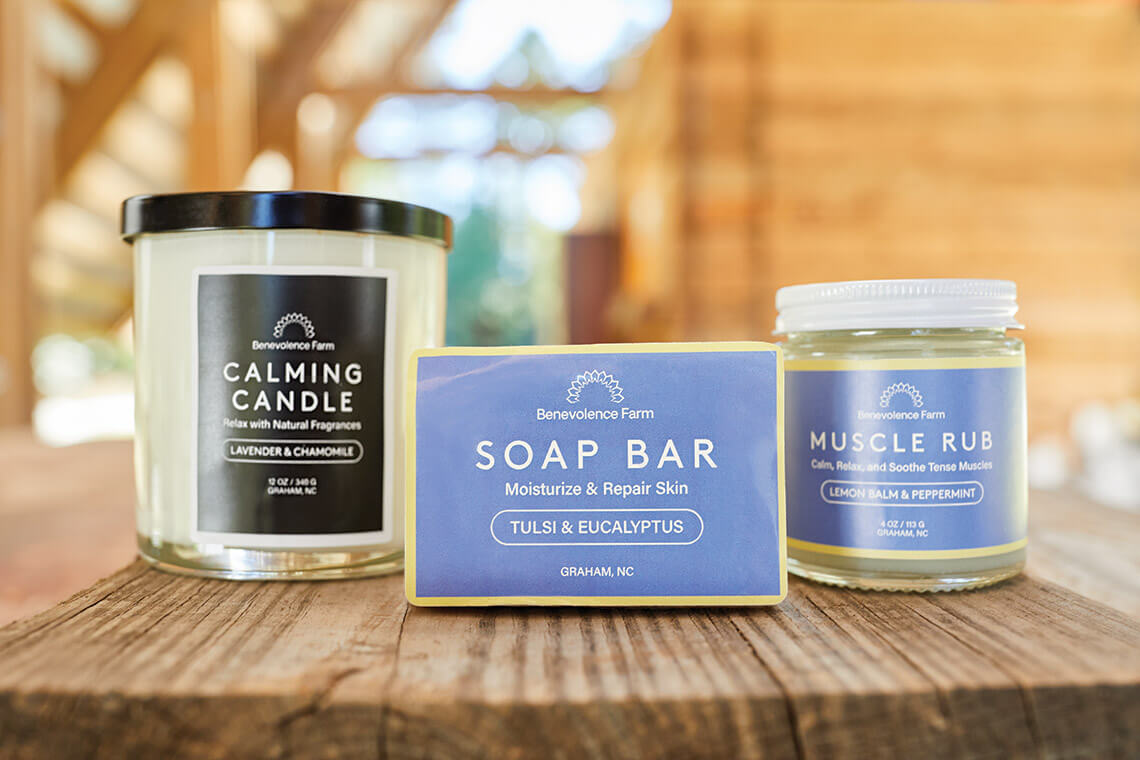 Residents learn to work with the land, including turning farm-grown ingredients into body care products. photograph by Eric Waters

In the cool, fragrant air of the farm’s basement, the women strain into grape-seed oil the flowers and herbs that they’ve coaxed into bloom and blossom. Calendula, white sage, lemon balm, and catnip combine in a soothing, floral aroma over the long table where they make soaps and candles, salves and muscle rubs to sell. What started as an optimistic one-off venture at the 2018 Saxapahaw holiday market quickly grew into a $30,000 enterprise. This year, Powers thinks that Benevolence Farm body products could bring in $50,000. It’s still not enough to cover the wages that the farm pays to the women for their labor. (Each resident works at least eight and up to 29 hours per week.) But it’s getting closer.

Having a year-round opportunity to add value is an essential source of revenue for most farms these days. But Powers says that the work they’re doing is reflective of the way agriculture could be practiced in the future. “We are training people to farm anywhere,” she says. “We’re trying to bust [the myth] that you have to be a landowner with acreage and a tractor.”

Eden Gustavsen isn’t a farmer these days, but she works with many growers as the produce manager at a community-based business. She also volunteers at the farm, giving residents rides to appointments and other places. It wasn’t so long ago that she was meditatively yanking up invaders in the farm’s vegetable patch, trying to put her life back together after nearly two years of incarceration. After she was released, she says, she had trouble finding her identity.

The staff helped her set goals, get her driver’s license back, and get a car. She got a job at a nearby store, where she met her husband. Gustavsen asked former farm director LaShauna Austria to officiate their wedding, held on the banks of the Haw River. 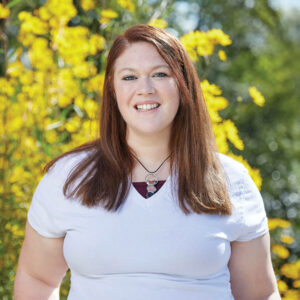 Former resident Eden Gustavsen puts her knowledge of seasonal produce to use in her work at Saxapahaw General Store. photograph by Eric Waters

“Even after I left the farm, they were still so involved, checking on me all the time, doing anything they could to help me,” Gustavsen remembers. “I mean, it really makes you feel like you’re not alone in the world.”

Now, she works 40 hours a week, pays the rent on her house, and looks forward to visits with her daughter, who was placed in alternate custody when Gustavsen went to prison.

“One of the lessons is that even if you work really hard on something, sometimes it’s not going to go your way,” she says. “Farming is difficult. Sometimes things die, and you just have to take it with a grain of salt and start over. And that’s just like in life: When you mess up, you just have to get over yourself and start over.”

Gustavsen’s new beginning has her feeling, for the first time, like she’s part of something bigger — part of a community. And she thinks that the work taking place on the farm is an example of the way agriculture could move forward, too: toward farming that’s a little more inclusive, a little more accepting. A little more benevolent.