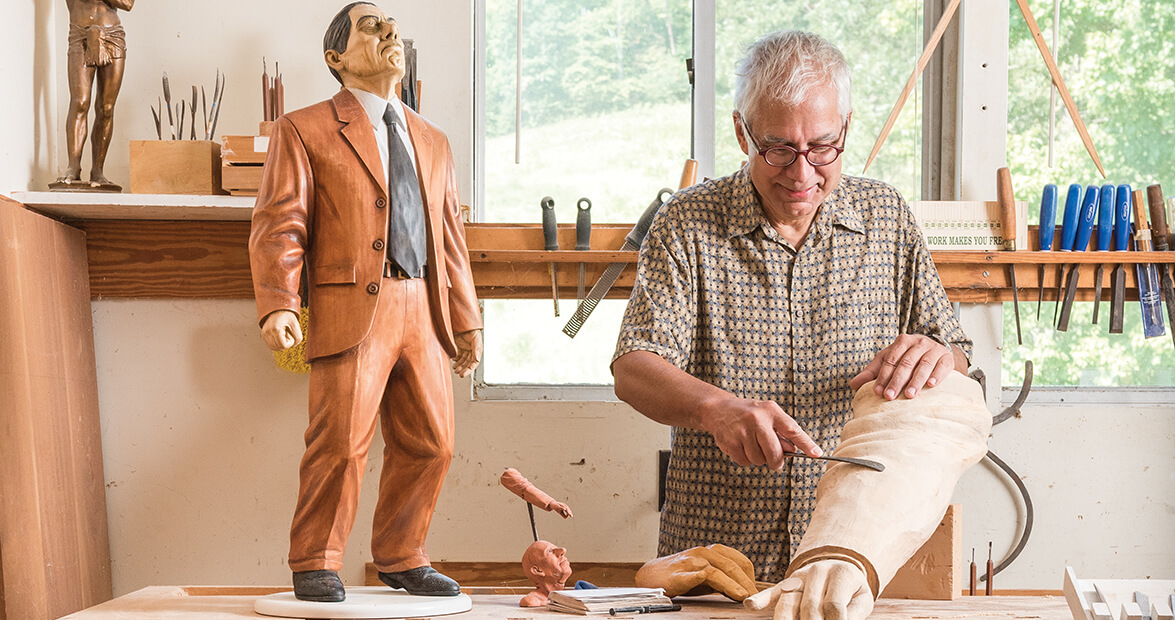 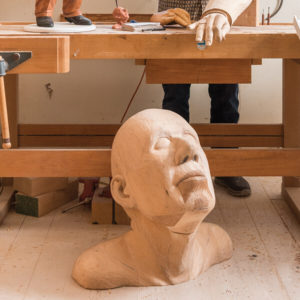 Hands dangle from the ceiling in a studio with bucolic views of the Blue Ridge Foothills. Casually unsettling, life-size heads stare blankly among table saws, planers, sculpting tools, a woodstove, and a Bruegel engraving. This is where artist Bob Trotman sculpts businessmen and -women enraptured — or captured — by their careers. A giant, pure-white man wearing a suit, a signet ring inscribed ME, and a disturbing grimace, strains against a wire tether. Life-size or knee-high, carved or cast, Trotman’s creations are purposely ambiguous. Are his inanimate humans reaching for freedom or grasping for wealth? Fleeing their desks or forging chains to their cubicles? “I’m not unsympathetic,” Trotman says, and smiles.

Trotman’s work is inspired, in part, by traditional religious carvings and the figureheads once found at the prows of ships. See his work at bobtrotman.com.