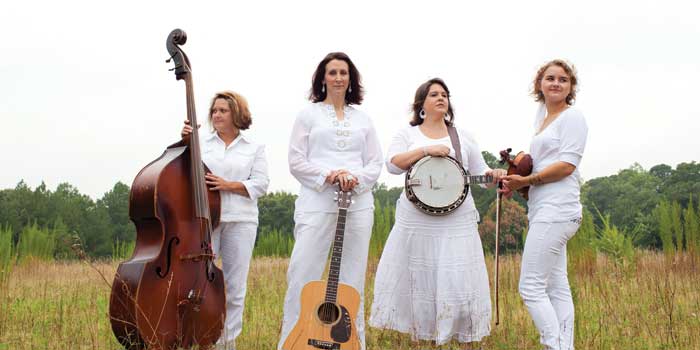 The news came in a series of text messages. Late one night in February, Sonya Stead was getting ready for bed in Cary when her phone beeped. “Looky who is at No. 5 already!” the message read. An hour later, her phone beeped again. “You just hit No. 4.”

By the time she fell asleep, Brand New Day — the new album from her band, Sweet Potato Pie — rose to No. 3 on AirPlay Direct’s Top 50 Albums chart. AirPlay Direct is a company that connects artists — mostly bluegrass and Americana bands — directly to DJs who download their music. Its chart tracks how many times DJs download records for their shows. And by the next day, the album was at No. 2.

For another two months, Brand New Day held on at No. 1. Check AirPlay Direct’s charts for the most downloaded bluegrass and folk albums of all time, and you’ll find Sweet Potato Pie among names such as Bill Monroe, Steve Martin, and Mary Chapin Carpenter.

“I don’t understand how we are where we’re at,” Stead says. “It’s kind of a phenomenon.”

The band comprises Stead and her three female counterparts. Twelve years ago, an unpracticed Stead and two acquaintances began playing together once a week, learning to play guitar and banjo. And when people began requesting that they perform around the region, they knew they had to pick a name. Stead’s only requirements were that the name makes you smile and is memorable. After narrowing the list to Sweet Potato Pie and Stump Slung Chitlins, Pie was the clear winner. It fit on a T-shirt.

Now the band has six albums and is releasing its first Christmas album this month. At each show, the members sell miniature sweet potato pies and hand out information about the state vegetable. The North Carolina Sweet Potato Commission sponsors the band.

At a recent show in Raleigh, the four women stood together on stage at a cafe, guitar straps around their shoulders, dressed in red shirts and black pants. “Are you ready to sing the jingle?” Stead asked. The crowd clapped.

Stead tossed back her hair, readied her guitar pick, cleared her throat, and started to sing about the vegetable that gave them their name and helped guide them to the top of the charts.

Sarah Perry is an associate editor at Our State magazine.