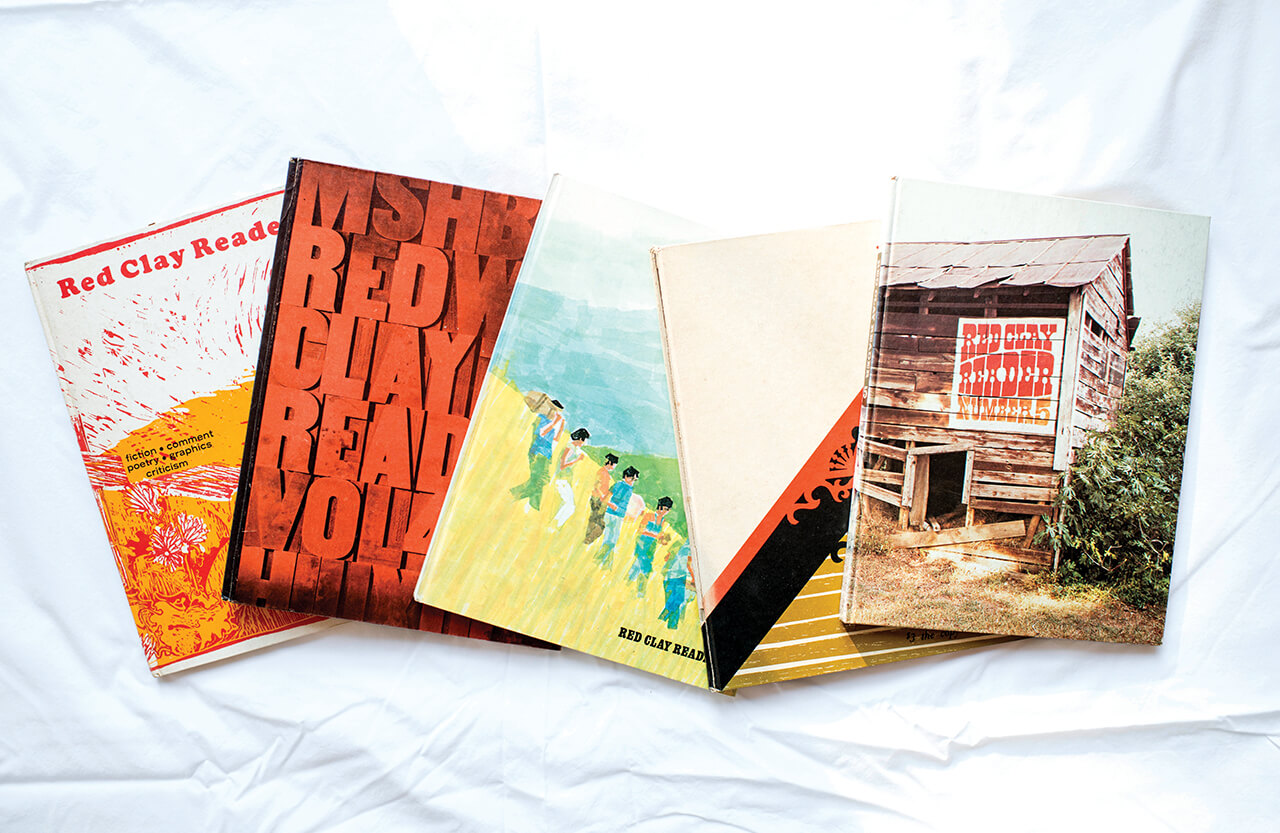 Her hands find the rhythm of the poem first. At home in Chapel Hill, Charleen Swansea sits at her desk, thumping her hand against the wood, finding fast, staccato timing — and then the words of one of her poems.

The poem, one of hundreds she wrote while teaching classes at Queens College, became well known around campus after Swansea and her students performed it with a full percussion band.

Eventually, many of those students would publish their own poems in Red Clay Reader, an annual literary journal they launched with Swansea after the school fired her for being “too courageously creative,” she says. Swansea, a Charlotte native who asserts what she most likes to do is “talk and raise hell,” even at 80, has always carved her own path. 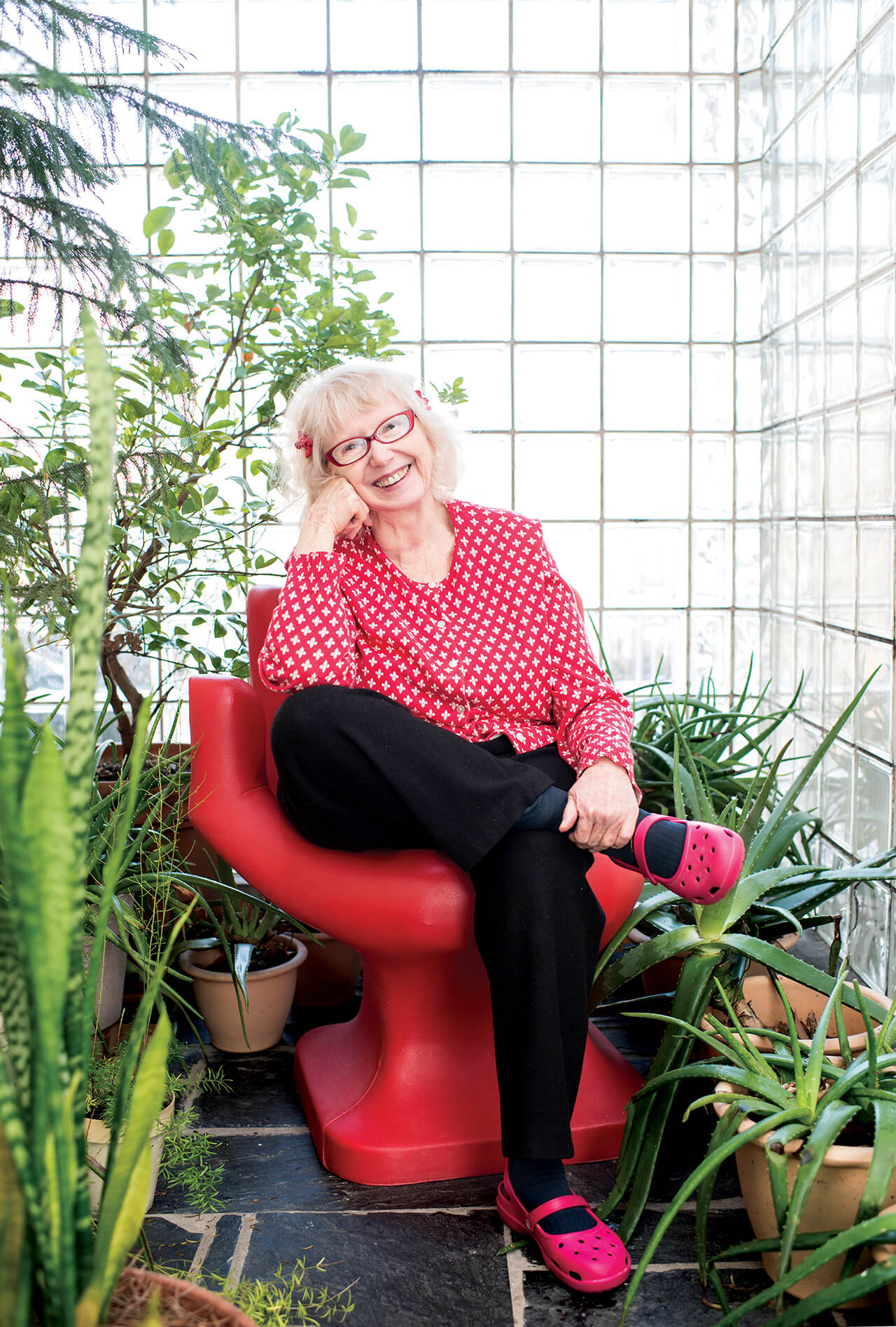 That path has taken her across the world lecturing on brains (she carted a human brain on airplanes in a cymbals case her son gave her), poetry, and literature. After her time at Queens College, she never taught full-time at another college again; instead, she chose to be a guest teacher at different schools. “I’ve always done more than one thing at a time in my life,” she says.

She met Albert Einstein, befriended poet Ezra Pound, became a muse for documentarian Ross McElwee, and appeared in the pages of National Geographic for her teaching methods. The New York Times called her “a salt-of-the-earth Southern woman with a twangy storyteller’s voice.”

But Swansea’s favorite achievement is still that journal, that Red Clay Reader, which broke barriers of creativity for her and her students and was nationally acclaimed for its unique voice. Swansea, who taught at Queens in the 1960s, encouraged her students — among them psychiatrists, police officers, and bath-towel royalty Marion Cannon — to open up their minds. She trained the budding authors to write to the tick-tock of a metronome.

When the school fired Swansea, her students followed. Cannon cleaned out her attic, and Swansea and her 17 students met there in the evenings to write and critique each other’s work. The group amassed so many poems that they decided to publish them. Cannon financed the start-up journal. Everyone wanted to choose a name for it that would shock people. “Let’s just call it ‘dirt,’ ” Swansea remembers one student saying. Eventually, “Dirt” evolved into Red Clay Reader.

“We were so thrilled by being honest and having no restrictions in our minds and hearts,” Swansea says. “It was the most thrilling time of my life.”

The project was infused with Swansea’s sassy, humorous voice. She compiled a response letter to submissions (the Reader published anyone with quality writing) with sentences requiring only check marks for answers. A writer could receive rejections with a check next to “We are __ (glad) we cannot use your work,” or “Your weaknesses are __ (intelligence) and __ (sentiment),” or, disappointingly, “We regret that the editor has been delayed in dealing with this manuscript because of __ (drunkenness).”

Swansea and her friends published seven editions of the Reader before deciding in 1970 that it was too difficult to keep up with the work, she says. Swansea went on to start her own publishing company, Red Clay Publishers, and printed 32 books by Southern writers. She traveled the world, married and remarried, had two children (her daughter is Ena Swansea, a painter whose work hangs in the Museum of Modern Art in New York City). She now lives in a cheerful yellow house off of Franklin Street, where on her table she displays all seven editions of the Red Clay Reader, and where, at her desk, she thumps her hands against the wood so the rhythm helps her remember her words.