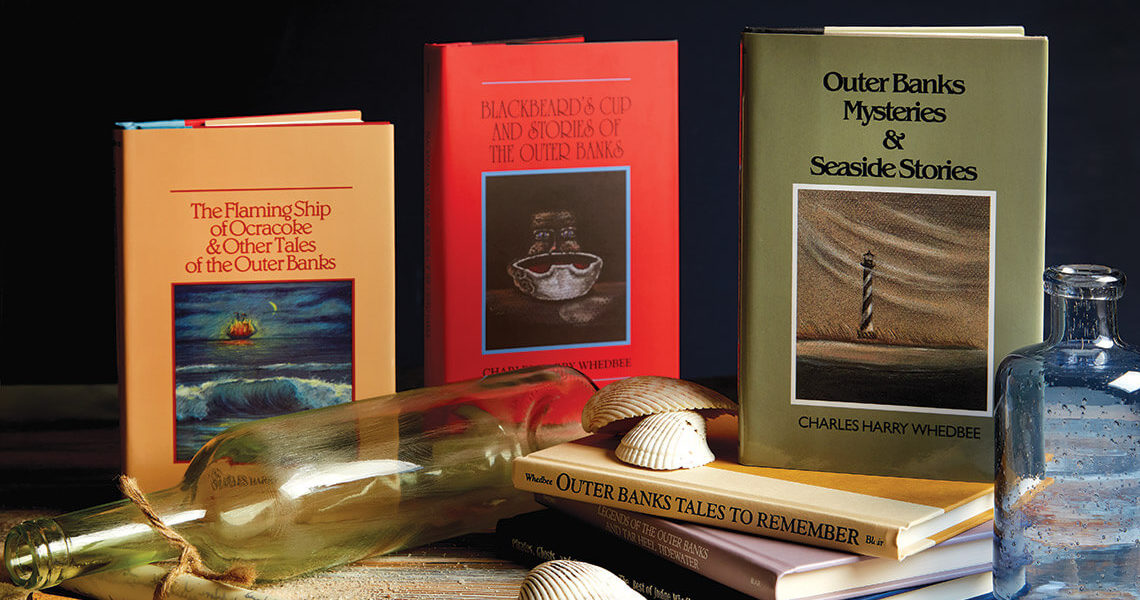 Charles Harry Whedbee gathered up stories of the Carolina coast the way a beachcomber searches the shoreline, sorting through flotsam and jetsam, sifting over well-worn bits and random pieces until he found the treasures that were worth keeping.

With an ear for a well-told story and a delight in building suspense, he wove those finds into inimitable and enduring yarns — five books’ worth of folktales about pirates, ghosts, and witches; phantom schooners, shipwrecks, and storms; Native American legends, lost loves, and inexplicable events. Whether the stories were ones that he knew to be true, believed to be true, or fabricated, as he categorized them, each contained kernels of truth about the people, landscapes, and history of the coastal North Carolina places he loved.

“I wrote it out of a love for this region and the people whom I’d known all my life,” he said of his first book of coastal tales, Legends of the Outer Banks and Tar Heel Tidewater, published in 1966.

Though Whedbee’s home was in Greenville, his heart was in Nags Head, a place he once described as “the eastern suburb of heaven on earth.” His uncle owned one of Nags Head’s 13 original cottages, and Whedbee spent the summers of his youth there, starting in 1911, the year he was born. The family tradition was to spend evenings telling stories, and everyone was expected to pitch in. Those who didn’t got dunked in the ocean, so Whedbee learned to always have a tale at the ready.

After graduating from college and law school at UNC Chapel Hill, Whedbee started his law career in Greenville and later was elected chief district court judge, a position he held for decades. His ability to capture anyone’s attention with a good anecdote landed him an invitation to substitute for a host on WNCT-TV’s Carolina Today program in 1963. He used some of his airtime to tell a few of the tales he’d heard in Nags Head, and viewers loved them. 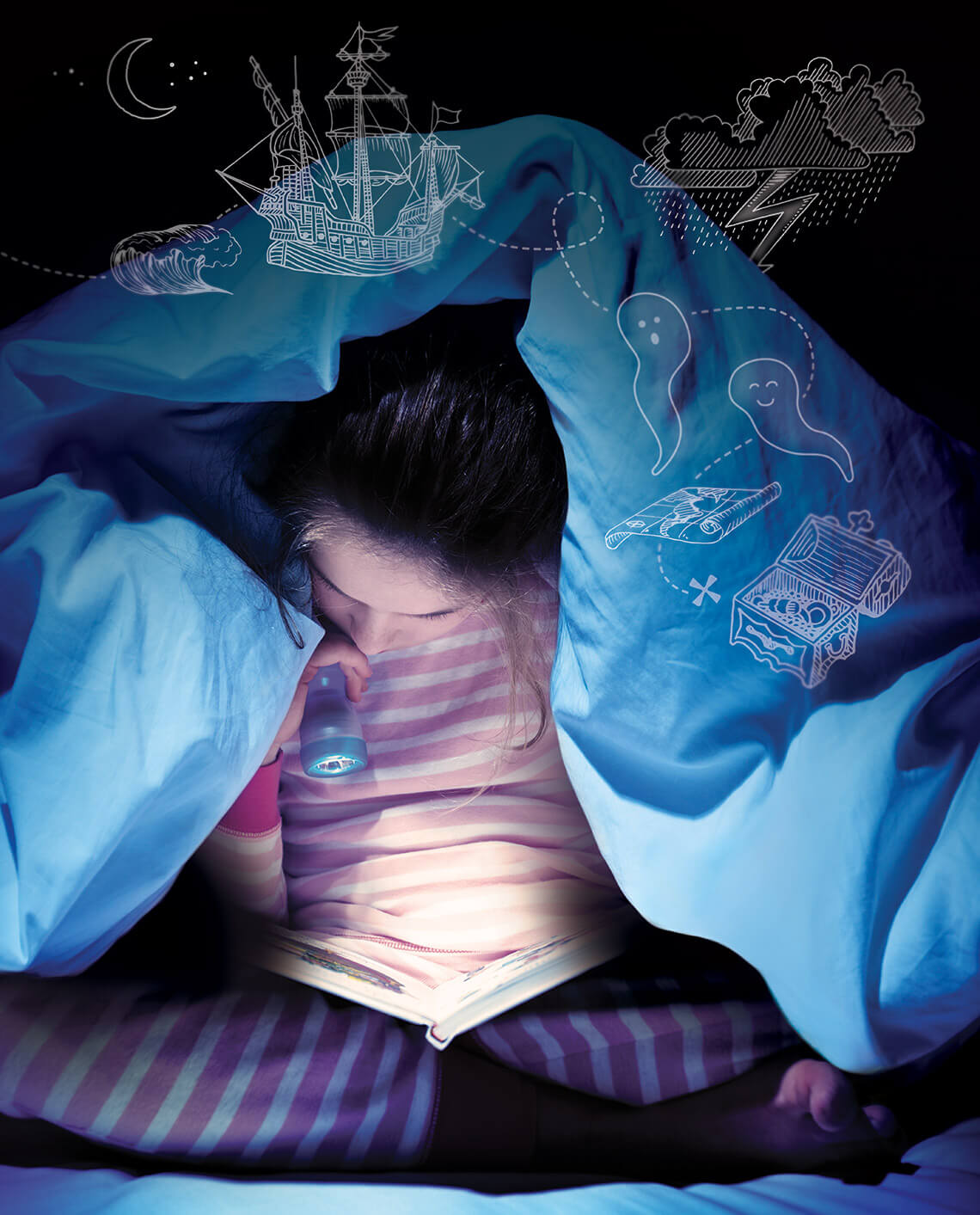 Soon after, John F. Blair, a publisher in Winston-Salem, asked him to write down the stories. Whedbee got right to work, often writing at the little oceanfront cottage that he and his wife, Rachel, had bought in Nags Head. That first book included 18 stories and was an instant hit, requiring three printings in its first year.

Ever in search of more stories, Whedbee frequently traveled eastern North Carolina, talking to folks. Renee Cahoon, one of the family members who run Cahoon’s Market & Cottages in Nags Head, remembers well how the judge loved to talk.

“He and Rachel would come to Nags Head for a month or so at a time with their dogs,” she says. “They were a fixture in Whalebone Junction. He’d come in the store and talk for hours.” Whedbee always signed his books at Cahoon’s, and to this day, the market has a mural depicting the series.

Whedbee had such a knack for blending real people, places, and historical events with made-up ones that readers could never tell which was which — and he loved it that way. Readers seeking proof would go to Cedar Grove Cemetery in New Bern at night to see if blood really dripped from the stone archway, and they’d stalk around the woods on Roanoke Island, looking for the legendary white doe and listening for the mournful cry of Winona-Ska around the Mother Vine. John F. Blair himself once shut down his Winston-Salem office and took his staff to the coast to look for the specter of the Flaming Ship of Ocracoke.

Urged on by Whedbee’s tale “Beechland,” photographer Drew Wilson went to great lengths searching for the coffins of the lost colonists that reportedly had been dug up and reburied on the Dare County mainland. Around the time of these digging adventures, he got the chance to meet Whedbee and take his photograph for an article.

“As children, my brother and I had read all the stories from his original book,” Wilson says, “so it was thrilling going to his beach cottage next to Owens’ Motel to meet him.”

When he told Whedbee about his efforts to locate the coffins, the judge laughed heartily and recited a passage from the story.

“He got a big smile on his face as if he had hooked me,” Wilson says. “I knew from that moment that the judge had highly embellished all of these stories for entertainment’s sake. He was a very witty man who knew how to tell a story. I never went back to Beechland looking for those coffins.” 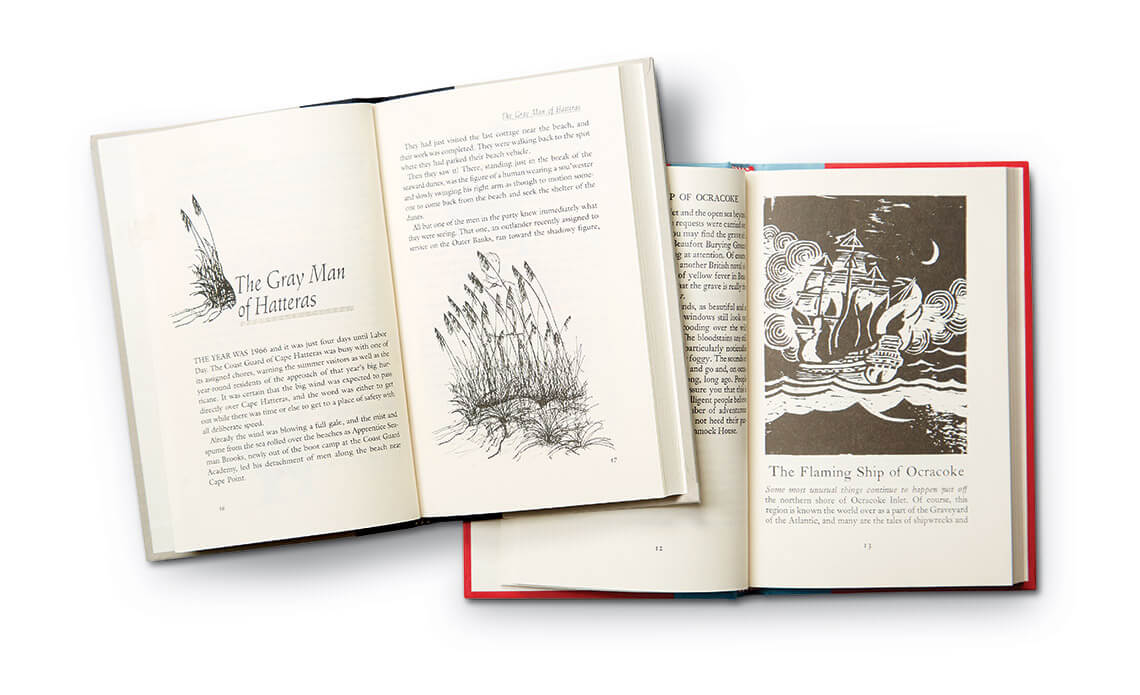 Whedbee’s stories have charmed generations of readers. They are fixtures on coastal bookshelves and best sellers in coastal bookstores. Blair, the nonprofit press that acquired the rights to John F. Blair’s titles, continues to publish them.

“It’s unusual to print backlist books in hardcover with dust jackets these days, but we do it because people love them,” Publisher Lynn York says. “They fall into the category of classics at this point.”

The books live on in more ways than one. Upon Rachel’s death in 1996, Whedbee’s will bequeathed the royalties to St. Andrew’s By-the-Sea Episcopal Church in Nags Head, which is very close to the house where he spent his youthful summers. It was a surprise boon to the church, similar to the one in a “A Door for St. Andrew’s,” a tale from Whedbee’s first book in which a door washes up from the sea and exactly fits the highly unique specifications of an empty doorframe at the church.

Whedbee’s legends and stories are time capsules to a simpler era, yet they are just as perfect now as they were then for reading aloud around a campfire, on a beach house swing, or, best of all, under a blanket with a flashlight.